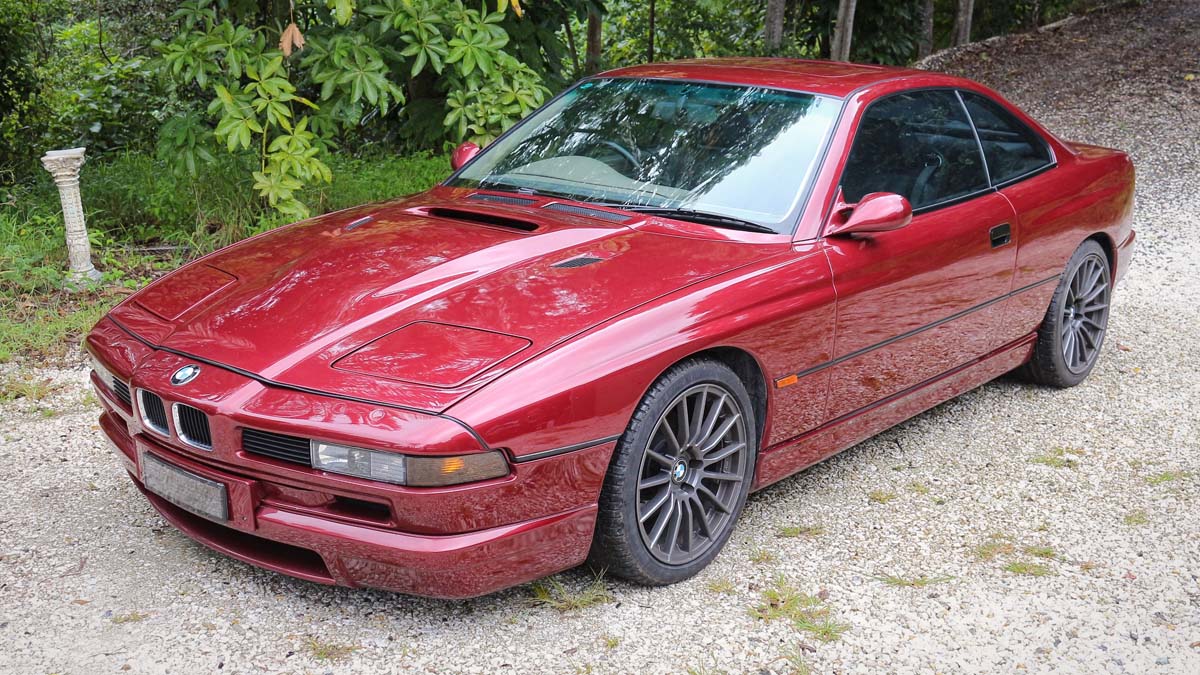 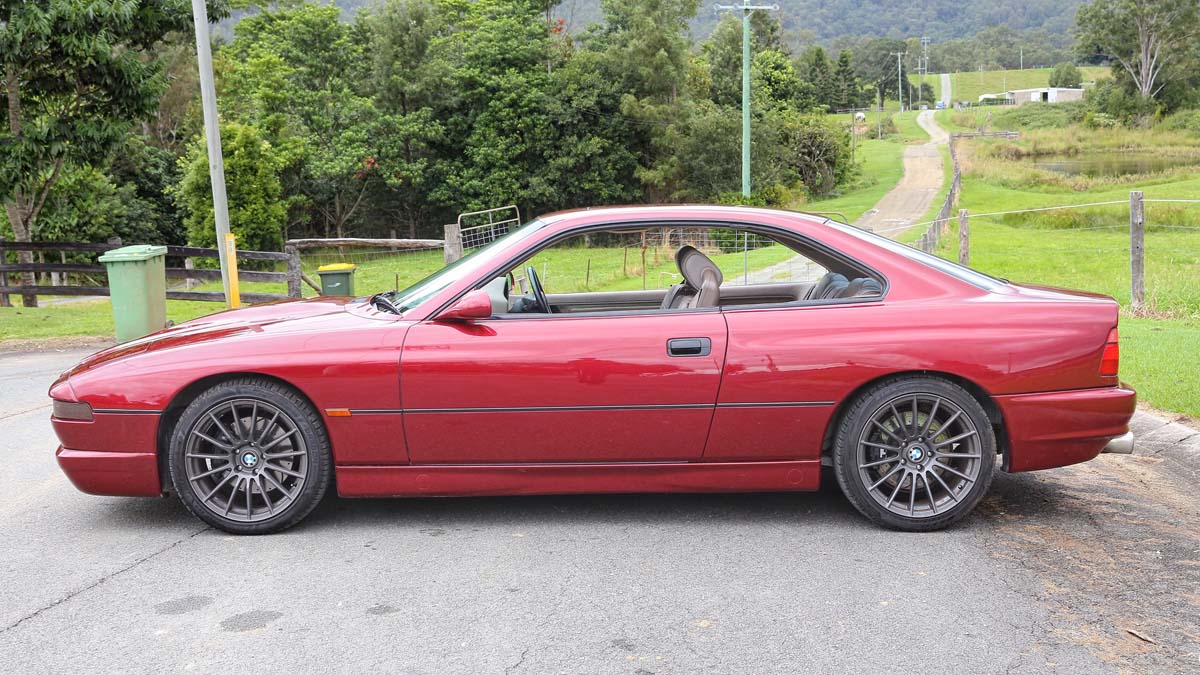 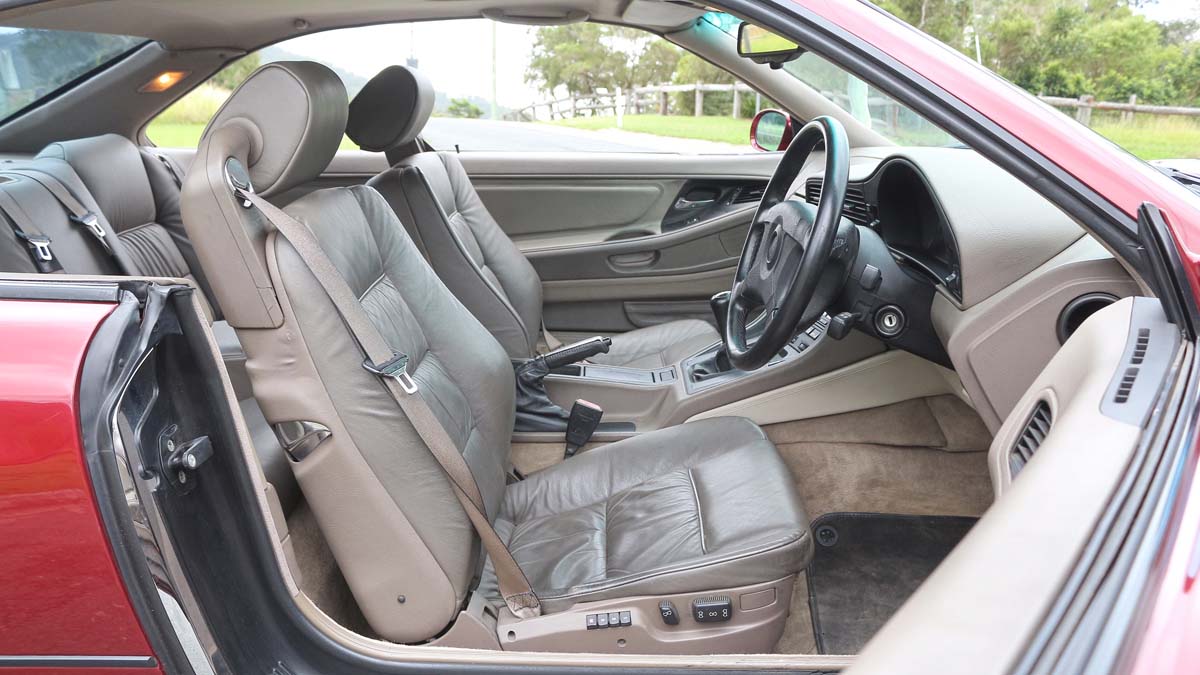 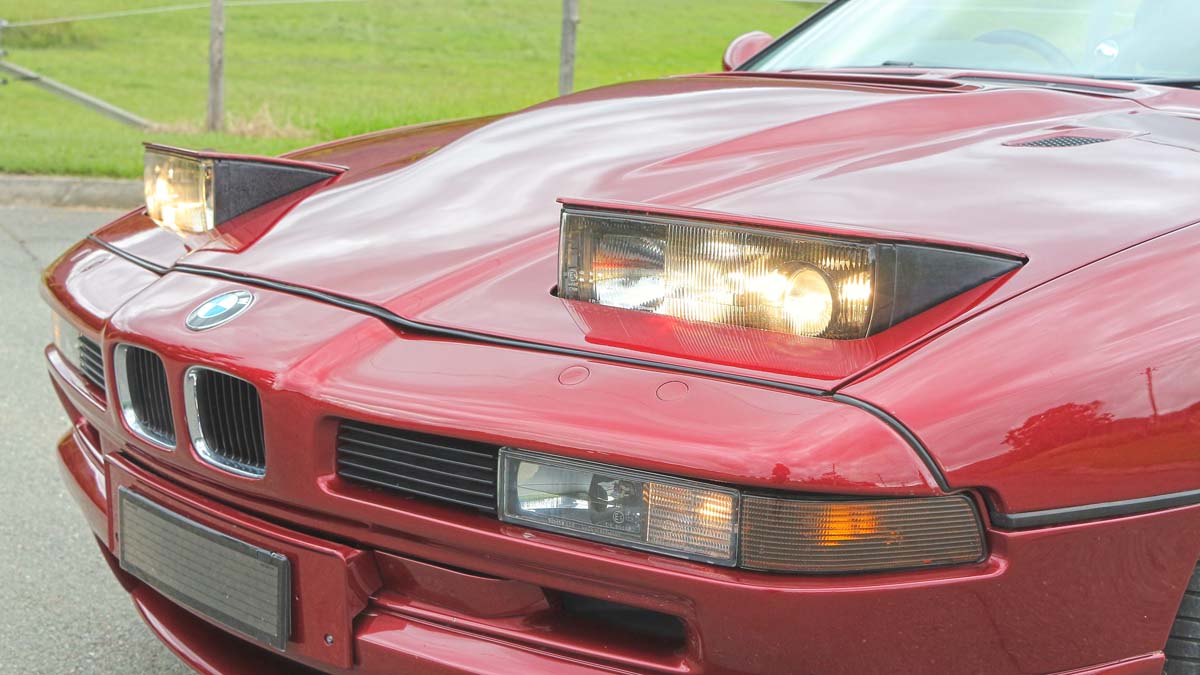 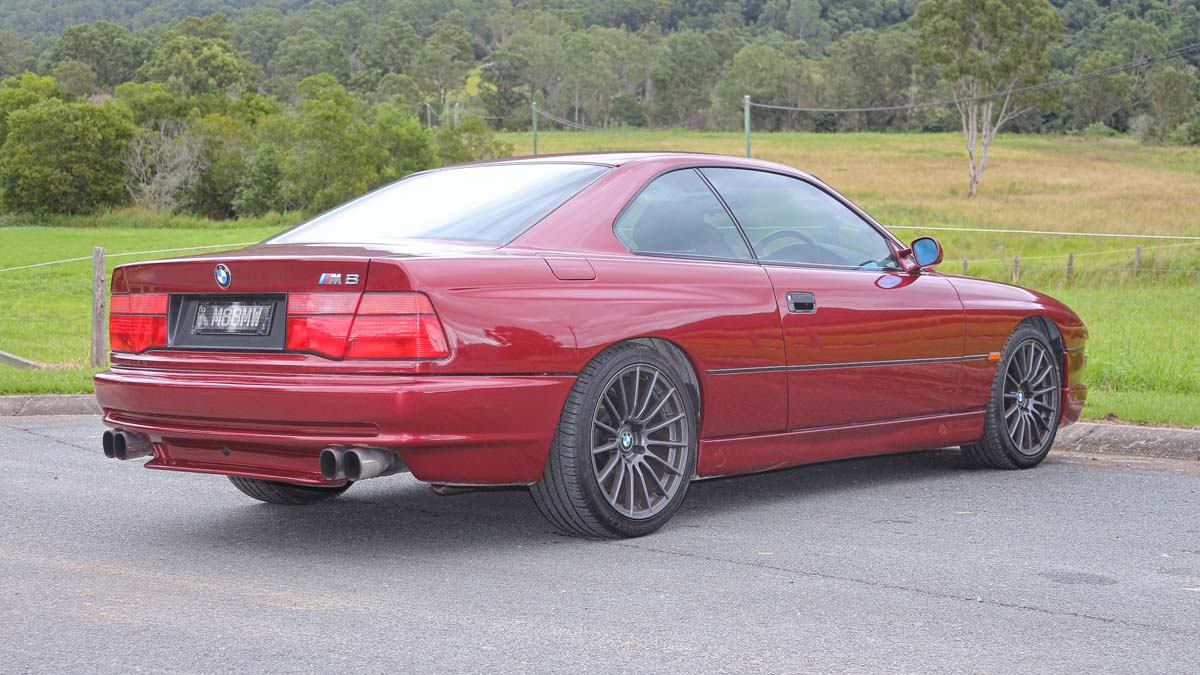 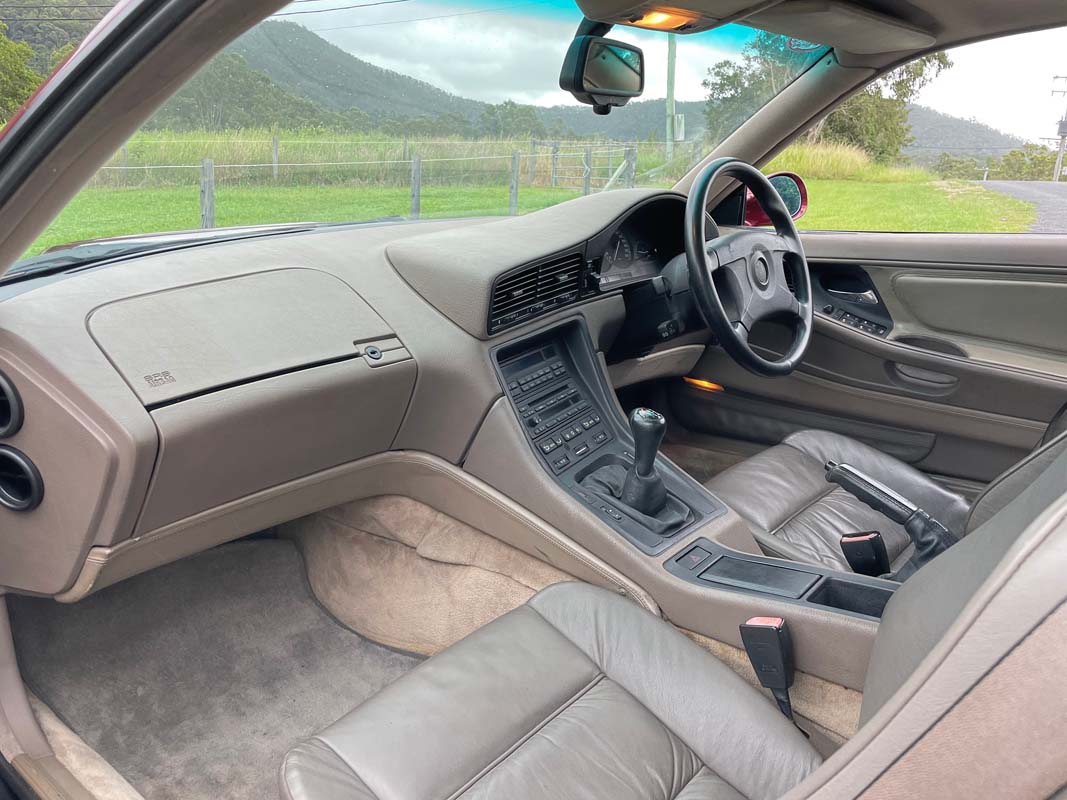 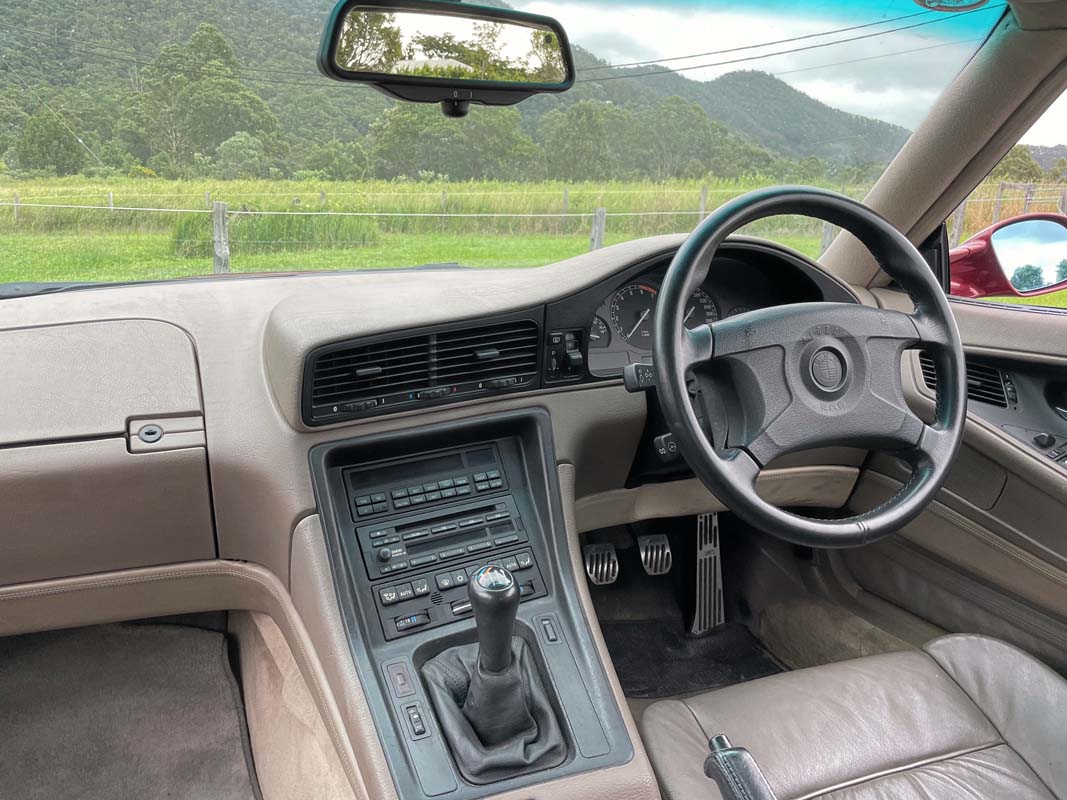 Opportunities like this don’t come around often – one of only three S62 M5, 6 speed Getrag manual converted e31’s known to be in existence costing upwards of $40,000 for the conversion alone!

One of the ultimate luxury grand tourers of the 1990’s - the BMW 8 series was a technological powerhouse that showed many advancements in computerised car design and inbuilt electronic advancements that modern cars today take for granted.

Being the replacement for the aging 6 series coupe, the 8 series saw a step up in the marketplace with a substantial price increase to match. The development cost of the e31 was 1.5 billion Deutsche Mark (about $9 billion USD 2019) far outstripping any other passenger car development project BMW had at the time.

The 8 series initially came out with the M70 V12 engine mated to a 4 speed Auto or 6 speed manual which was later enlarged to 5.4 litres in the M73 for greater power. A cheaper variant (840ci) was also introduced in 1992 originally with a 4 litre M60 V8 then later enlarged to 4.4 litres M62 V8. The top of the range variant 850csi was born from the prototype M8. It used a variant of the 850’s V12 but significantly modified that it was given a new engine prefix S70B56. The S70 engine made around 375hp and 550nm of toque and was only available with a 6 speed manual transmission. Unfortunately for enthusiasts, a production e31 BMW M8 was never to see the light of day as BMW did not see a market for a high-performance variant of the 8 series due to the ongoing economic recission in the 1990’s.

Fast forward to today and some enthusiasts have taken on their own project builds as to what an e31 ‘M8’ might have been. One of these such builds we have here is an 840ci with a S62 M5 engine and 6 speed Getrag 420g transmission creating what could be said as the ‘Ultimate Driving e31’ (see what we did there).

In around 2006 the then owner, Ron Laura had expressed an idea to put an M5 V8 into his 840ci. Having driven a V12 e31, Ron realised that the v12’s weight made the 8 series far too nose heavy when pushed into the corners and given the CSI’s 375hp; it wasn’t quite the ‘super grand tourer’ he would have wanted. After a short while, the idea of swapping a S62B50 engine into his 840ci came to mind and Ron started the search. The s62 made 394hp from standard opposed to the 850CSI’s S70’s 375hp and weighed significantly less improving the handling over the 8 series flagship.

After many weeks Ron discovered that Peak Performance had recently bought a E39 M5 engine along with a 6 speed gearbox, drive train, wiring loom with only 25,000km on the clock. After visiting the workshop and talking to Nick Peak who commented “now that is certainly a challenge”, Ron’s 840ci went under the knife. A year and a few grey hairs later, the ‘M8’ was complete with a rebuilt engine and a host of upgrades. The factory s62 created 394hp from standard but after a few additional modifications such as race trumpets, sports manifold, custom exhaust system and uprated camshafts the s62 was pumping out nearly 435hp – 60hp more than the 850CSI. Other improvements included an upgraded clutch, short shifter kit and shortened differential giving the 90’s supercar a 0-100km’h time of just 4.4 seconds. Other additional touches to the ‘M8’ included a custom bonnet to house the s62 motor beneath with genuine e92 M3 vents cut into the bonnet along with an air scoop intake giving onlookers the only obvious indication that this is no ordinary 8 series.

Moving along to the present, the current owner has also invested a lot of blood sweat and tears into the ‘M8’ with electrical and mechanical repairs over the last few years to perfect what Ron had started.

As one of only three converted s62 8 series known in existence; this 8 series could be as close as we could ever get to driving the e31 M8 we never had.

Further information on this magnificent e31’s build on the link bellow:

Vehicle comes with RWC, balance of registration and QDL PPQ plate (if sold in QLD)