The end is nigh. After 15 rounds of racing since it kicked off in September, the 2017/2018 East Coast Logistics Sprintcar Track Championship wraps up this Saturday night (May 26) at Ausdeck Patios Archerfield Speedway with Andrew Scheuerle poised to reclaim the title. Also on the program this weekend is the final round of the Polar Ice Midget Track Championship and the final round of the KRE Race Engines Formula 500 Championship Series, along with Compact Speedcars, Fireworks and the chaos and carnage of the Caravan, Boat and Dunny Derby.

Despite his blistering drive to victory in round 15 of the ECL Sprintcar Track Championship last Saturday night, a heat race misfortune cost vital points and prevented defending champ Luke Oldfield from narrowing the gap significantly in his bid to reel in Scheuerle. Interestingly, across the 15 completed rounds of racing in the series, Oldfield has outscored Scheuerle on 10 occasions, with round 11 ultimately proving to be the pivotal moment in the championship. With the original running of round 11 washed out, the event was rescheduled for the following weekend and, with Oldfield unable to make the new date, Scheuerle took full advantage of the double points on offer to establish a lead that proved insurmountable, despite some barnstorming performances from Oldfield in subsequent rounds. 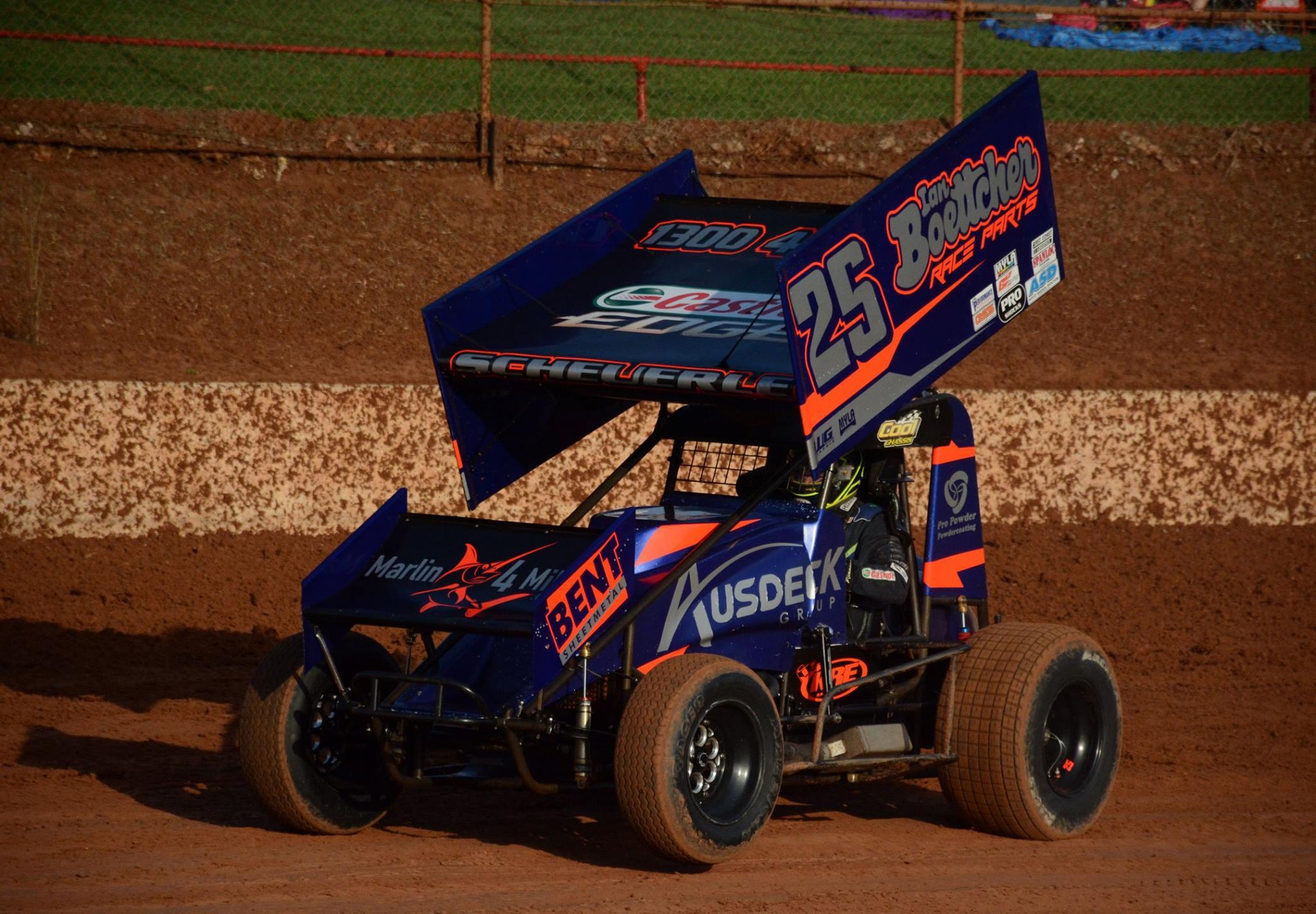 The fight for third overall is much closer heading into the series finale with the heat race incident that cost Oldfield last Saturday also having significant consequences for Queensland champion Mitchell Gee who, like Oldfield, was an innocent party in the collision. With Gee subsequently unable to take his place in the feature race, Ben Hilders superb run into second place moved him ahead of Gee in the championship standings, albeit by a mere 12 points. Can Hilder deliver a repeat performance and clinch a top-three result or will Gee replicate his state title-winning form to climb back onto the championship podium?

There is also plenty of interest in the battles for the minor placings with Brent Kratzmann currently fifth just 23 points ahead of Peter Lack who, despite a season beset by bad luck, could still secure himself a top-five finish. Further back, Mitch Gowlands persistence has been rewarded and he now finds himself in a very strong position to move into the top ten, needing just 20 points to accomplish what would be a significant feat for the former Wingless Sprintcar competitor. Despite some teams having already ceased operations for the season, a very strong 29-car field has nominated for the grand final, including Bryan Mann, who has featured on the podium at the last two events and will be one of several drivers with no championship position to protect or pursue and therefore no need to hold back in their quest for victory. 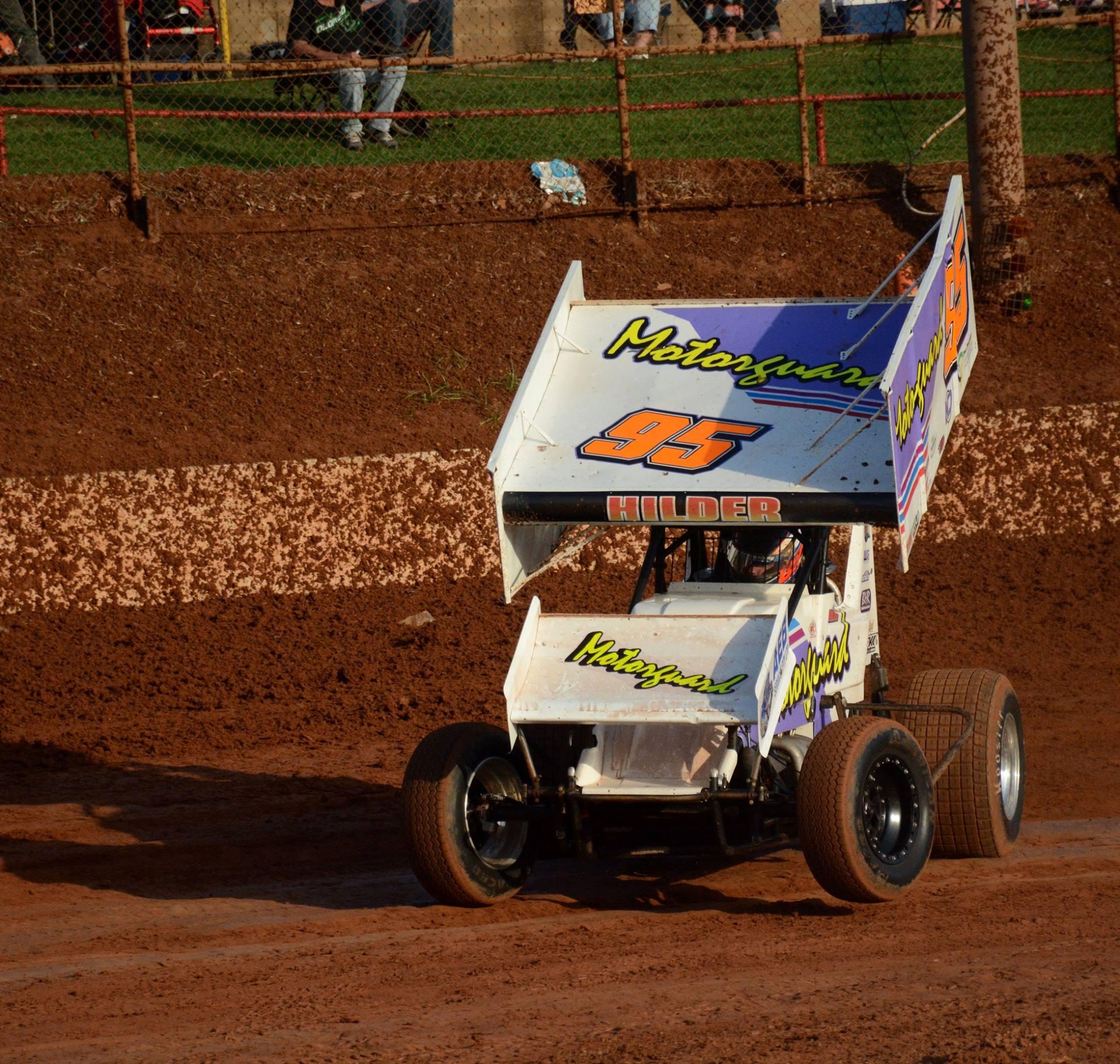 In the Polar Ice Midget Track Championship, Scott Farmer has been the standout performer all season and there seems little reason to imagine that he wont be at the forefront once again come feature race time this weekend. Darren Vine has been Farmers biggest rival throughout the championship and he again looms large as the man most likely to prevent Farmer from finishing the season with another win, although defending series champ Rusty Whittaker has rediscovered his best form in recent outings that has put him back on the podium. Others in the field with feature race winning credentials include Mark George, who is a former Queensland champion, and Anthony Chaffey, who has won plenty of races both here and interstate. There are a couple of wildcards in the mix though in Sydneys DJ Raw and New Zealander Taylor Clarke, who impressed here earlier in the season.

In the KRE Formula 500 pointscore, Australian champ Liam Williams has already wrapped up the championship on the back of a dominant season that has seen him snaffle several state titles and major events around the country in addition to his success at home. Williams is almost 200 points clear of Tristan Johnson in the standings, with Ryan McNamara another 140 points back in third place ahead of Bryn Upshall. Sitting jointly in fifth at the moment are Tomas Partington and Kurt Wilson, so expect these two to engage in some very spirited competition with a top-five position in the KRE standings at stake. In fact, all of the top ten drivers in the championship are amongst the 19 nominations while, fresh out of the Junior ranks, Tarhlea Apelt will make her series debut on the back of an impressive run into the top five during her first senior outing last weekend at Gatton. 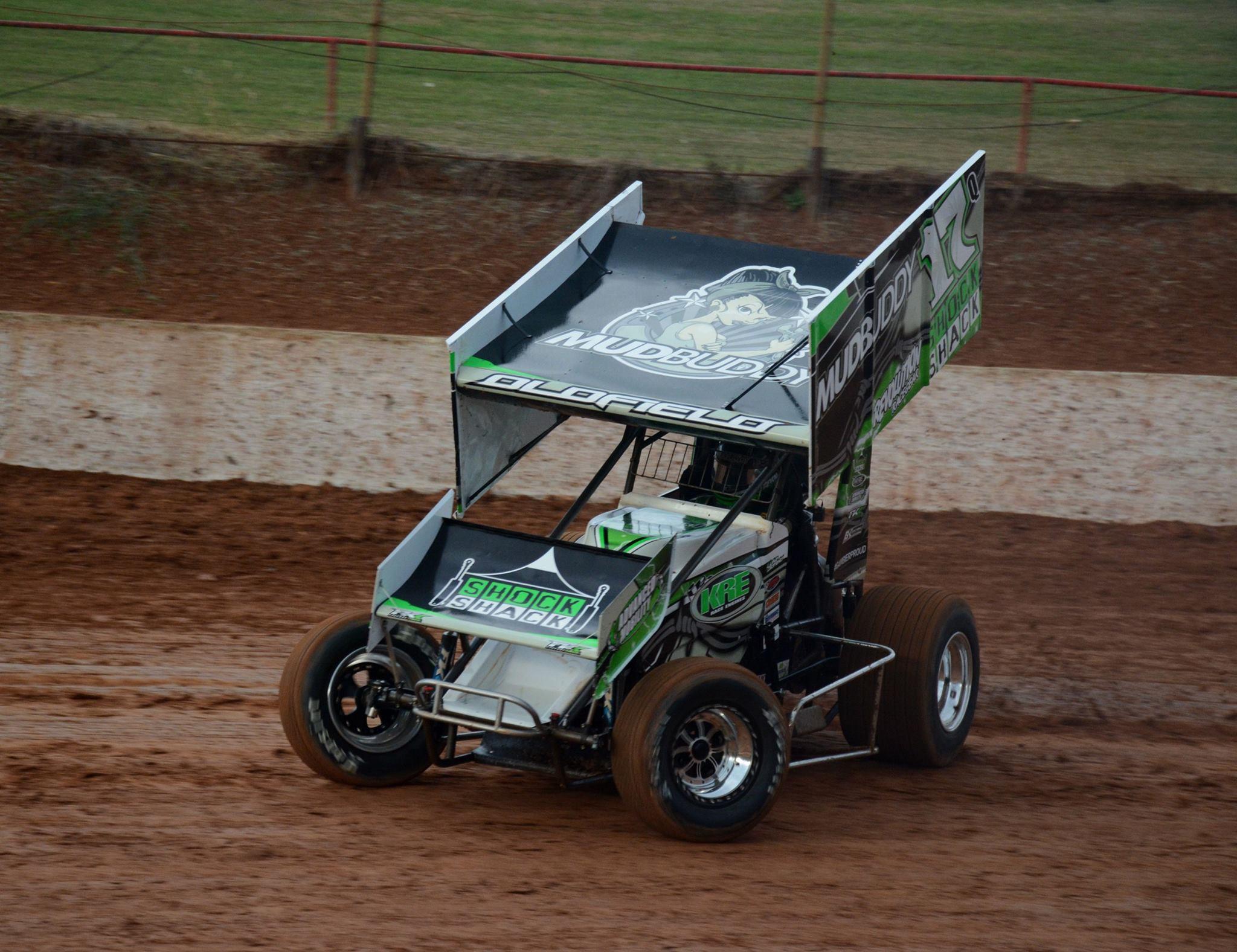 A very busy season has taken its toll somewhat on Compact Speedcar numbers, with 15 competitors to fight it out in their final outing. Wayne Corbett, Robbie Stewart, Tim Farrell and Glenn Wright make a formidable foursome and it will take a particularly polished performance from another competitor to prevent the feature race winner coming from this quartet. Such an upset is certainly possible though, with the likes of Dave Collins, Matt ONeill and Richard Treanor very much worth watching.

Gates open at 4.00pm (3.30pm for online ticketholders), with early racing from 5.00pm. Sprintcar time trials are scheduled from 5.30pm, with the main program to get underway at 6.00pm.