"Jealous Ahura" (roughly translates as jealous 'god of light'. It's complicated, but has relevance to Mazda!) was the star of the show for many. Created in Malaysia and brought over specifically for Meguiar's MotorEx, the RX7-based custom has an Aussie connection in the form of Joe Webb of 'Bad Image', who was brought in to do the car's custom flames and pinstriping. This also brought the car to the attention of House of Kolor Manager and chief steward for MotorEx, Owen Webb, who was instrumental in getting the car - MotorEx's first International entry - to Australia, with the support and approval of Tourism Malaysia.

The car features a HOK Kandy Apple Red over gold and is decorated with Swarovski crystals artistically arranged in floral patterns over the roll cage, wheels, rear wing, gear shifter, steering wheel and sound system. The patterns and designs have royal associations, as Jealous Ahura's creator, T.M. Rawa, is descended from the first King of Malaysia, and his name actually translates as "The Crown of Indonesia".

Jealous Ahura is the result of five year's work by T.M.R. and his dedicated crew of car enthusiasts and supporters. To thank them for that support, T.M. R. took the car on a tour of the country upon its return to Malaysia. 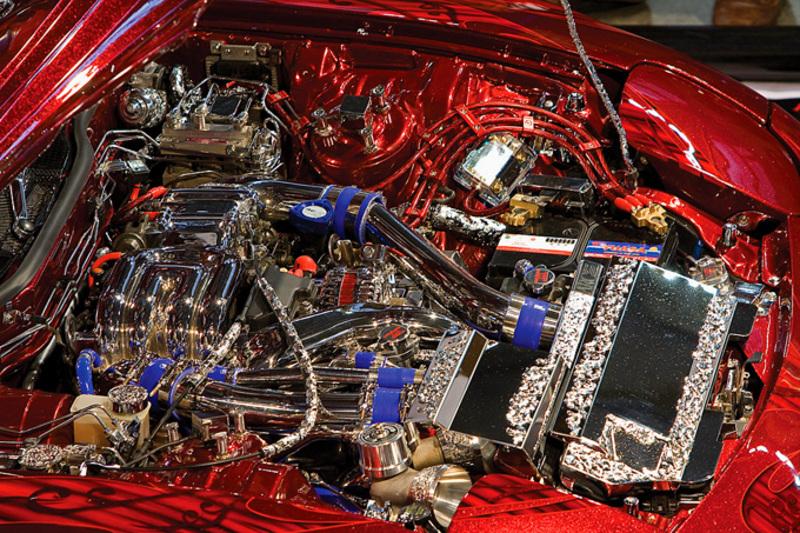 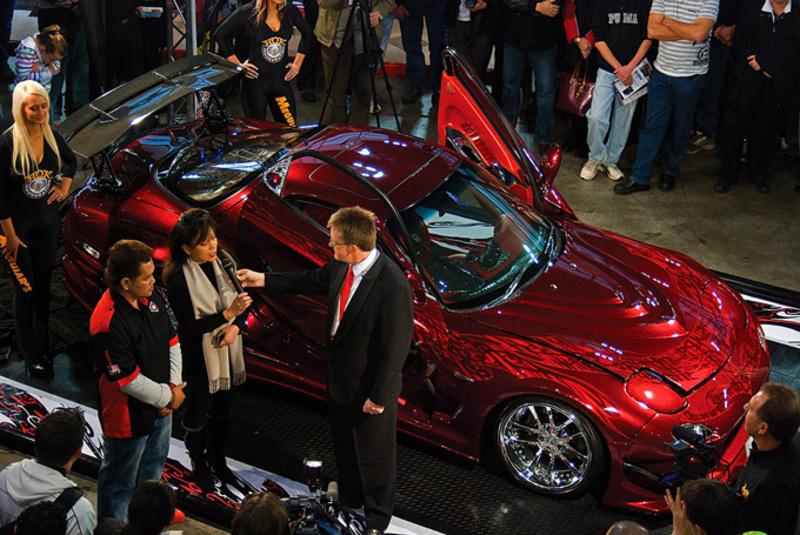