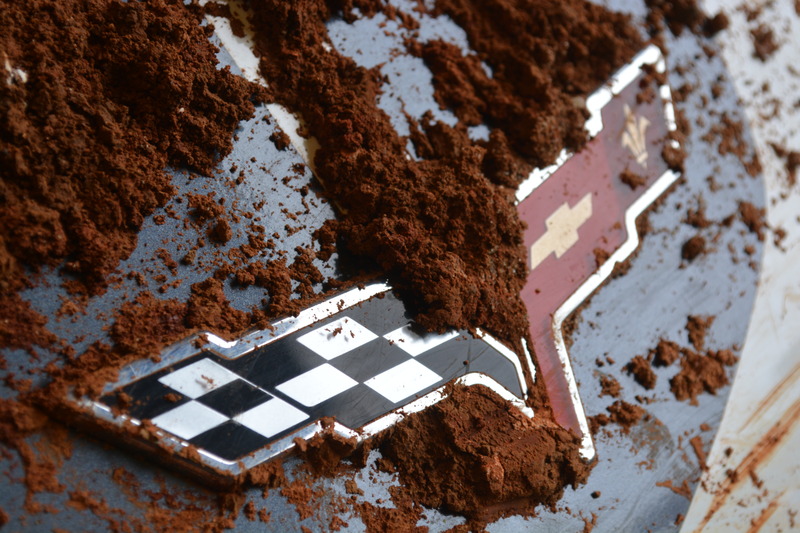 Buried under what's estimated to be tons of dirt and rubble, recovery crews had initially tried using probes and metal detectors to locate Corvette #1.5 million without success, but the recovery of the ZR1 Spyder earlier actually revealed the location of the milestone production Corvette.

"We had no idea where it was, we just happened upon it," Mike Murphy, CEO of Scott, Murphy and Daniel Construction said.

Upon the removal of the Spyder, the team began working to free the 1.5 Millionth. Initial attempts to pull the car free were to no avail as a large rock appeared to be wedging the rear of the car in the dirt.

"Originally, we thought we had to remove the boulder itself to free the vehicle," said Zach Massey, Project Manager with Scott, Murphy and Daniel Construction, "But we were able to free the 1.5 without addressing the boulder as it turned out it was not directly resting on the car, which was a great advantage to us."

After successfully freeing the car, final removal from the sinkhole took place on the morning of April 3.

"While the car appears to be in really rough condition, most of the major components are still there and provides a great base to work off of," said Adam Boca of the NCM Insurance Agency and a member of the Museum's Display Committee.

The final Corvette to be removed is the 2001 Z06 with Mallett Hammer conversion. "The rest of the day will be spent probing and excavating the area to find any signs of the Mallett Hammer," said Murphy.

The "sinkhole Corvettes" will come together for a special display in the Museum's Exhibit Hall through August 3, after which time they will be moved into the restored Skydome where they will remain on display, as-is, through the Museum's 20th Anniversary Event August 27-30, 2014.

Information related to the sinkhole are available on the Museum's website at www.corvettemuseum.org. 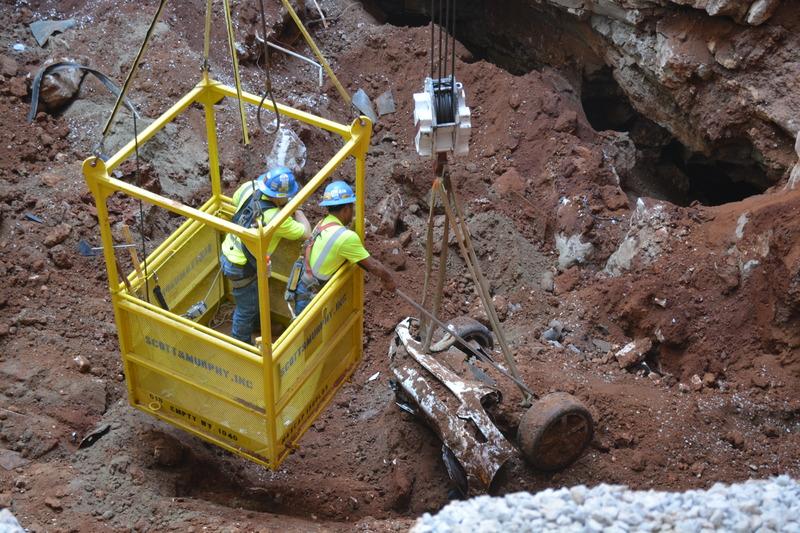 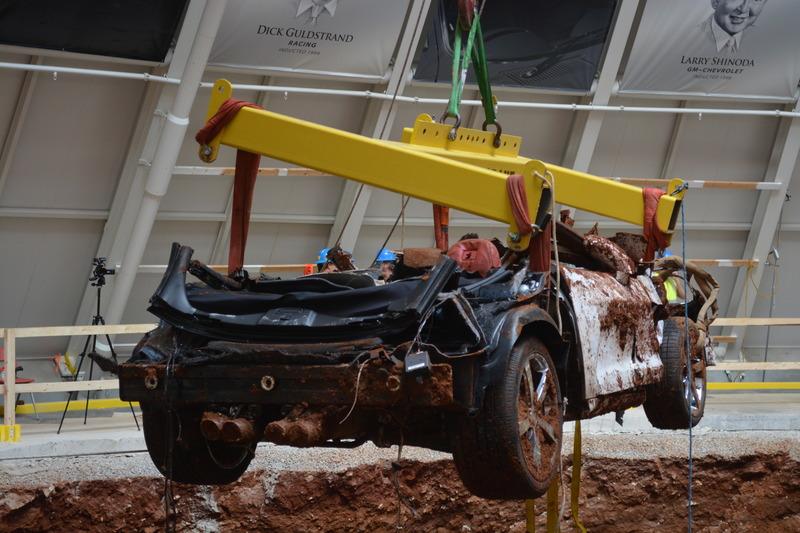 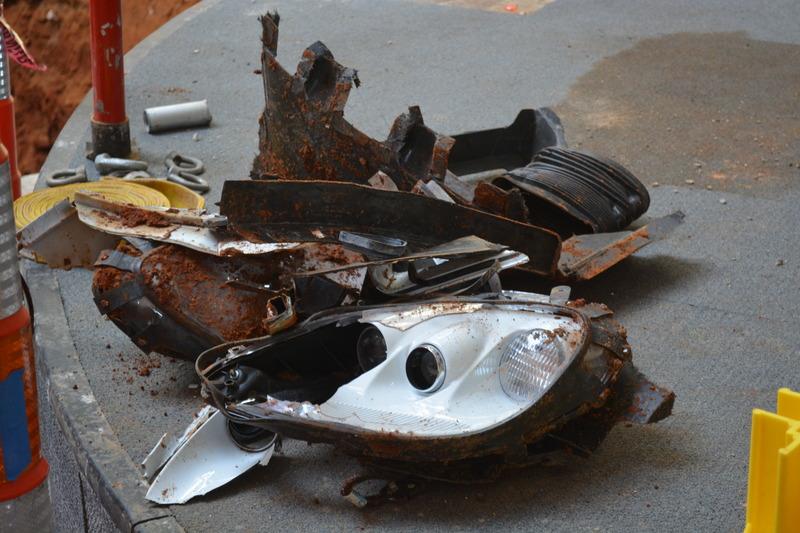 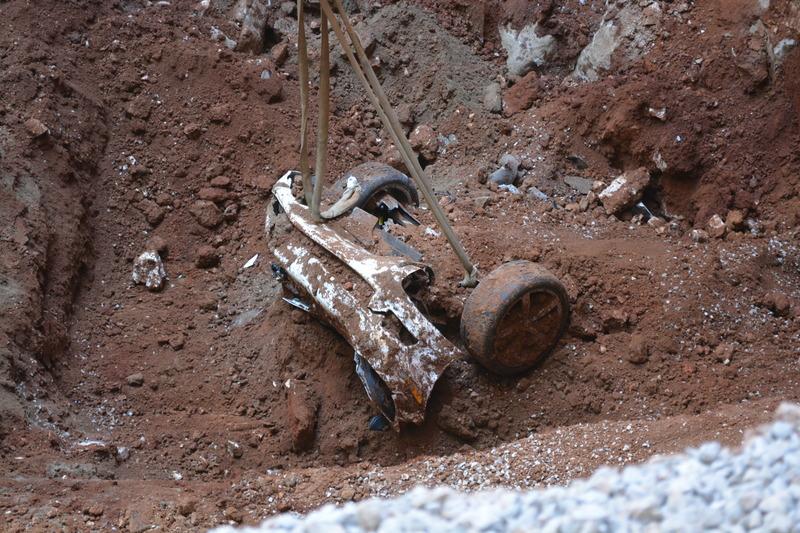 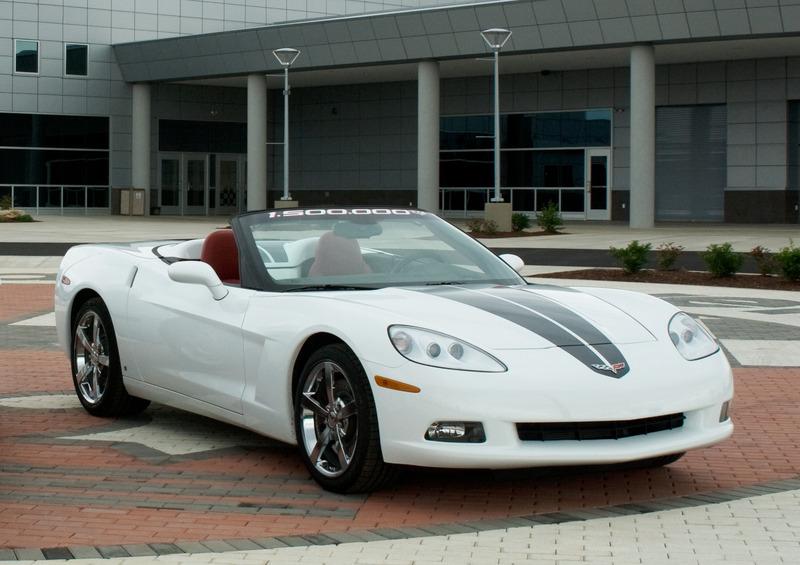