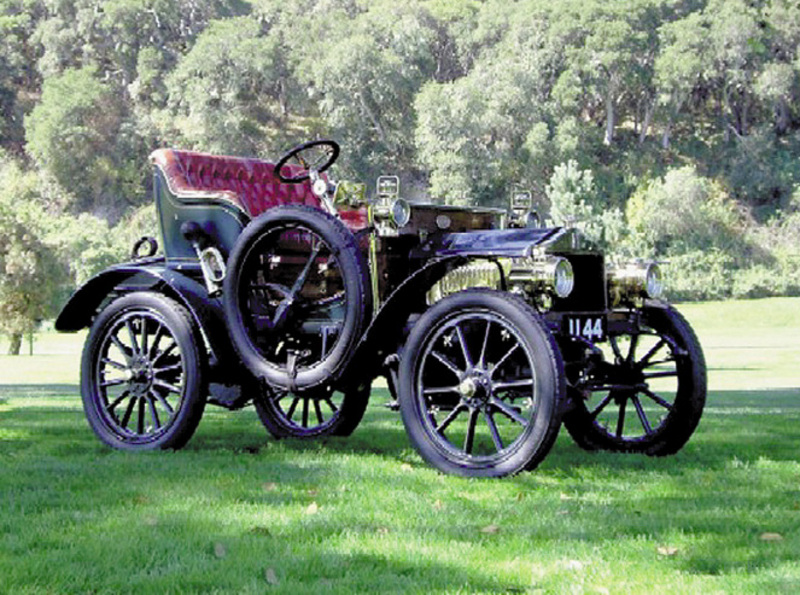 The historic meeting of Charles Stewart Rolls and Henry Royce, which was to cement their relationship occured in the Midland Hotel, Manchester on May 4th 1904. It was agreed that Royce would manufacture cars that would be sold exculsively by Rolls.
The cars would be marketed under the name Rolls-Royce. Initially they agreed to produce a range of twin cylinder, three cylinder, four cylinder and six cylinder cars, the plan being to build 19 10hp cars, although only 17 were finally constructed. These cars, designated Type A, featured a twin-cylinder engine with three-bearing crankshaft and twin camshafts operating overhead inlet valves and side exhaust valves. The 1.8-litre engine drove through a cone clutch to a three-speed sliding gearbox with shaft final drive.

The Type A 10hp models were prefixed 20, production cars beginning with chassis no. 20150, more correctly we believe known as a Royce as there is no known reference to Rolls's involvement with that car. 20151 can be considered to be the first Rolls-Royce motor car following the marketing agreement between Rolls and Royce. The engine for this car was tested on 21st August 1904 and the car delivered to sewing machine magnate, Paris E Singer, a friend of Rolls. 20152 came off test on 27th September 1904 and notably was the first car to sport the classical Rolls-Royce radiator shape. This Barker bodied car was delivered to Joseph Blamires of Huddersfield. 20153 came off test on 10th October 1904, carried coachwork commissioned from Cann of Camden and was delivered to a Lt. Col. Moffatt of Tidworth, Wiltshire.
Car no. 20154 - this car - came off test in November 1904 and was the third car to wear the Rolls-Royce radiator and the fourth car to carry the Rolls-Royce name. It was developed as a show car and Barker were commissioned to build the Park Phaeton coachwork with two occasional rear seats. It was this car that was selected for exhibition at the 'Salon de L'Automobile' in Paris, an exhibition that ran from 9th to 25th December that year. Remarkably this car was driven by C Vivian Moore from London to Southampton and then from Le Havre to Paris for the exhibition. 20154 returned from Paris and was displayed at the Olympia Motor Exhibition in London in February 1905 on the Rolls-Royce stand, along with a 15hp and 30hp car, again the two larger cars being exhibited in an incomplete state.

Rolls was keen to promote the 10hp model as a most suitable car for the medical profession and it is thought that a Dr. Briggs owned 20154 briefly in 1905, possibly for trial or demonstration purposes before the car passed to a Kenneth Gillies of Tain in Scotland, remaining in his ownership until 1910. The car later belonged to Dr. Kenneth MacGregor of Thurso, Scotland, from 1910 to 1913 and a Dr. W H Wishart of Fife and later Edinburgh from 1913. The next recorded owner was a Frank Trafford, Motor Engineer, of Harrogate, the car later passing in 1920 to Percy C Binns also of Harrogate. He owned it for 30 years, when it was acquired by a Rolls-Royce enthusiast - Oliver Langton - in 1950 and restored to its former glory. It was sold in 1978, with this owner putting 20154 up for auction in 2007. The car is in excellent running order and a true motoring icon, being the oldest surviving Rolls-Royce in the World. Why is this car so significant?
This - the oldest known surviving Rolls-Royce in the World - is surely a true motoring icon, being the model which established the credentials of that indomitable partnership of the Hon. Charles Stewart Rolls and Mr Frederick Henry Royce.

It is appropriate that the car was offered at Olympia, London, where it was displayed at The Motor Exhibition in February 1905. 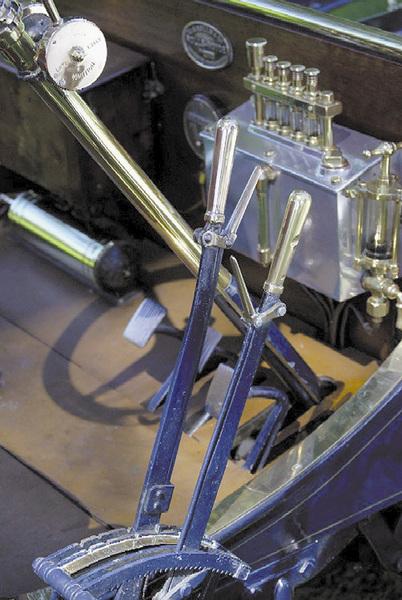 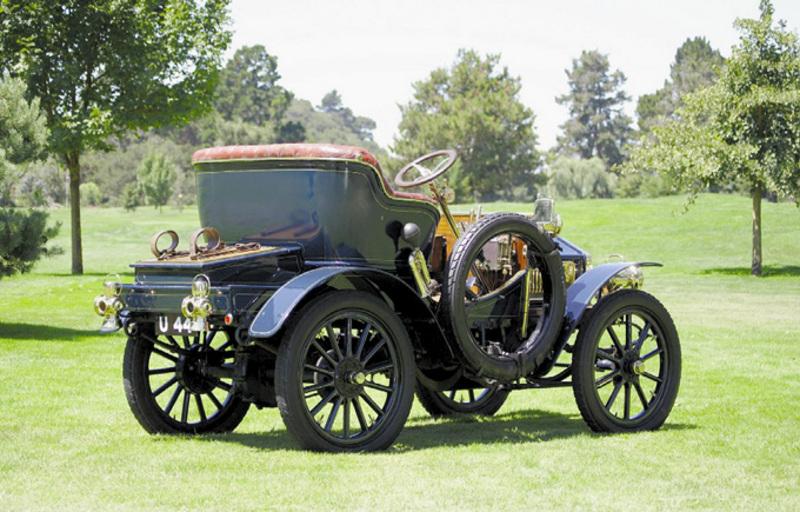