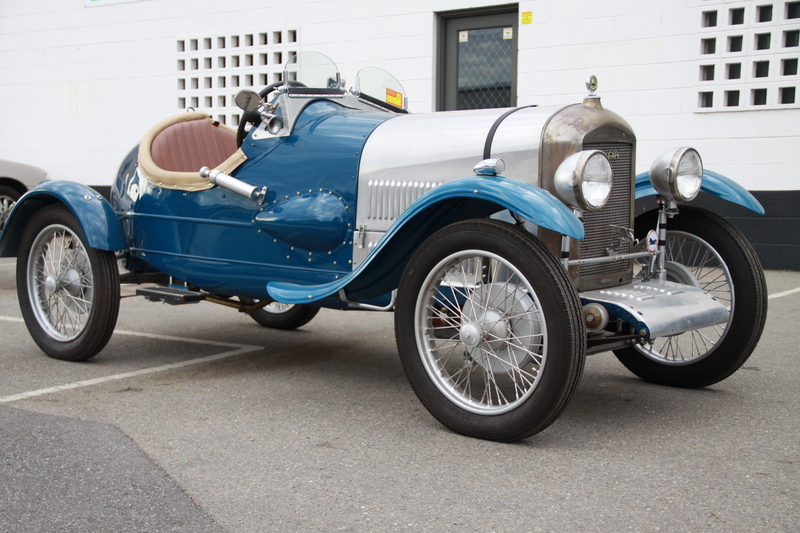 While most classics have an interesting history, the background to Brian's 1925 Amilcar is pretty hard to top. Yes, the car was actually used by clowns, but was far different from the professionally-restored and customised vehicle you see here. But before we delve into that, it's probably worth giving a couple of paragraphs to Amilcar's history.

Despite being on the market for less than two decades, Amilcars soon established themselves in the light/cyclecar arena. Given their light weight, many were raced, too, which is where most of the survivors of this French marque seem to be encountered today. Brian notes that, in their day, the Amilcar was known as "the poor man's Bugatti", which is a reflection of their popularity as competition machines. The 'C' model, followed by a variety of suffixes denoting different configurations and body styles, appears to have been the most prodigious, but Brian's Amilcar is a Model G, which was a larger version of the 'C' model.

After releasing their first car, the 'CC' in 1921, Amilcar gradually grew their range through the 1920s. Sporting models featured regularly in the catalogue, but the racers were all strictly factory machines, and unlike Bugatti, were not made available to private buyers until their competition days were over. Most of the production models were four-cylinder roadsters, but supercharged six-cylinder racers followed before the firm was acquired by Hotchkiss in 1937. With the onset of World War II, Amilcar production ceased, and was not restarted after the end of hostilities. Many were scrapped during the war, but Amilcars in this country appear to have mostly escaped that fate. Australia's inordinately large proportion of survivors is also explained by the fact that this country was Amilcar's largest export market through the 1920s and early 30s.

This was evidenced in 2011, when the 90th Anniversary of the Amilcar and Salmson marques were celebrated with a special display at May's Historic Winton event, followed the week after by a 3-day 'Voiturette Rally' at Hume Weir on the Victoria-NSW border. Proof of the small, but devoted cadre of enthusiasts these little machines attract is that close to 30 were in attendance. That number could have been boosted by one, but unfortunately, the restoration of Brian's Amilcar to reliable running condition was completed just after the Rally.

While the early history of this car in unknown, enquiries made by Brian suggest the car was being used in Sole Brothers Circus as far back as the 1960s. As a 'clown car', the Amilcar had been heavily modified, and was running a significantly shorter wheelbase, with the rear axle virtually under the driver's seat. Behind this was positioned a small platform and grab bar, presumably for the clowns to jump on and off and grab on to.

The car was acquired some years later by the Chas Hadden collection in Forster, NSW, which later became 'The Curtis Collection Vintage Car Museum' of Alan Curtis. In 1986, the Amilcar was purchased from The Curtis Collection by Fred Sawyer of Bingara, NSW, who kept it in 'clown-spec', before offering it at a clearing sale in 1993. Following that clearing sale, the car changed hands again, but didn't leave the Coffs Harbour area of New South Wales until Brian purchased it in late 2010. By that time, the Amilcar had been restored to conventional chassis length, and a number of parts had been sourced for a planned restoration, including a non-authentic, but suitable aluminium roadster body.

Brian saw some potential in the project, essentially being the nearest thing he could get to a Bugatti without paying Bugatti money, but efforts to buy the Amilcar were refused until he offered up his Holden-engined MG TD as a straight swap. The owner agreed to the deal, so Brian now had a French rarity to work with, albeit one that was very much a work-in-progress!

More work on the car was undertaken in Coffs Harbour before Brian and his wife moved back to South Australia. By this stage, the Amilcar was largely complete and the cosy 2-seater body, originally intended for an Austin 7, had been fitted to the chassis. However, the car still needed some professional finishing, so Brian called on Angus Mitchell Automotive of Edwardstown in SA. With a family connection to Amilcars stretching back more than 60 years, Angus was intimately familiar with the marque, so proved to be a great help with parts and advice for the project.

While Brian did most of the work himself, Angus provided a variety of engine parts, like the head and head gasket, conrods and engine bolts. Angus also inspected the 1100cc four-cylinder engine, set up the magneto and reconditioned the gearbox. The car now has a full set of period-correct French instruments, four wheel brakes and full pressure lubrication, which have made it safer and more reliable for regular running.

Brian had originally set a goal of having the Amilcar finished in time for the aforementioned Winton and Hume Weir voiturette gatherings, but the jobs to do outnumbered the time and money available, so the car wasn't completed until a fortnight after these events. Since then, Brian and his wife Jerilyn have taken the car on a number of short and long runs around SA. Jerilyn, who used to work for the US car magazine, Road & Track, soon claimed the Amilcar as her own, justifying this by saying the little French car matches the beret she bought in Paris! 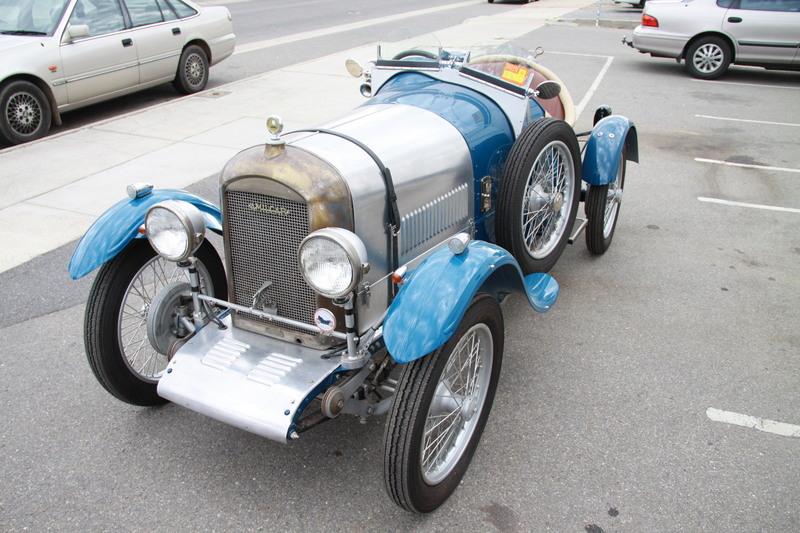 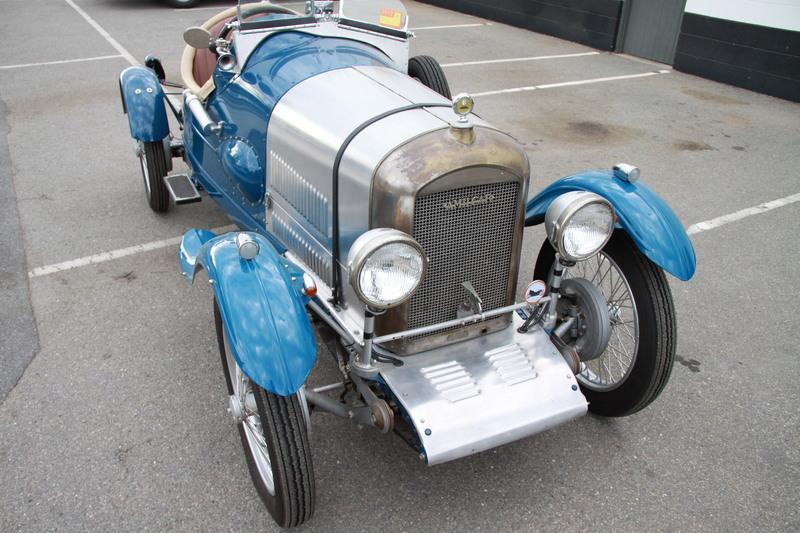 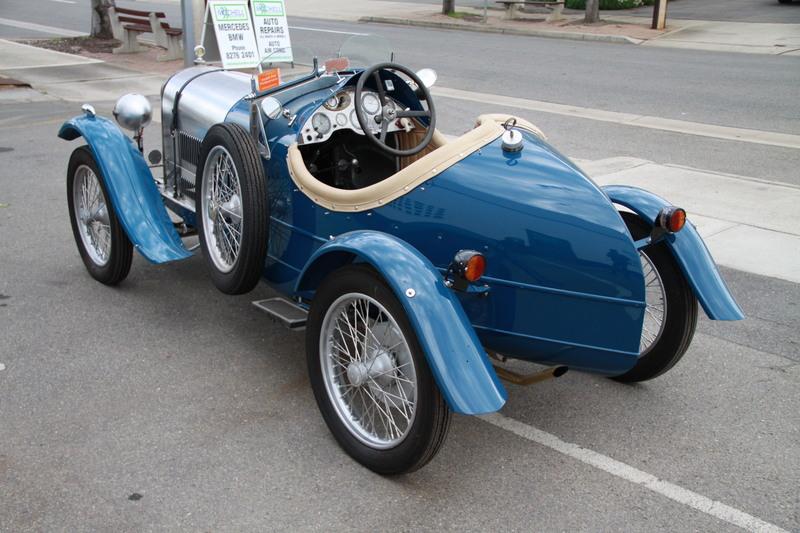 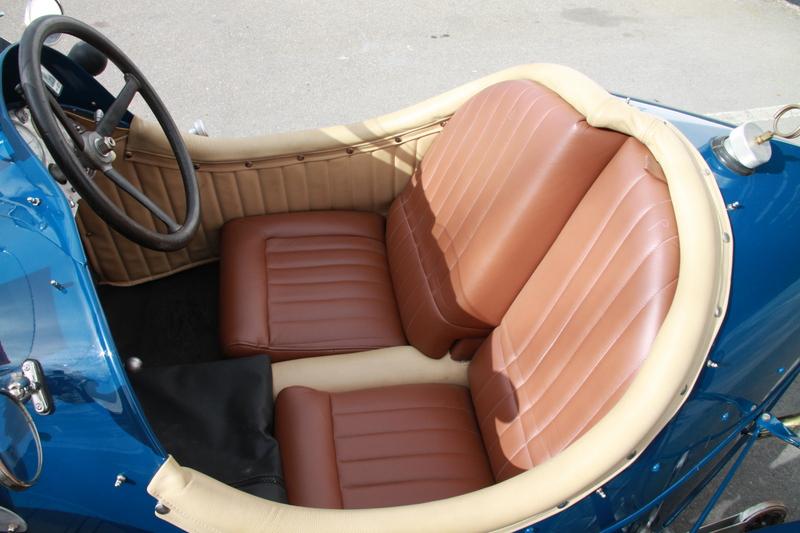 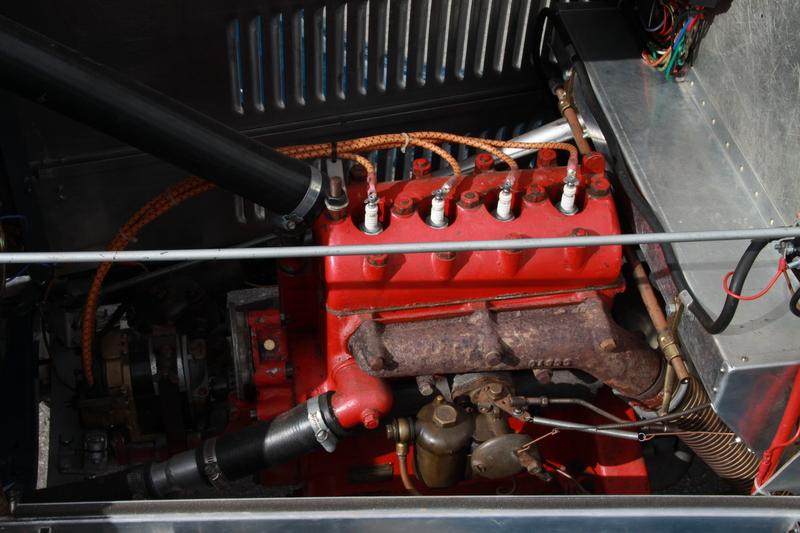