Ron's '32 was built around a Deuce Customs body and an original chassis, modified by Rod City with an I-beam, polished stainless four bar front end, and a nine inch Ford rear
When one of the directors of the Victorian Hot Rod Association is working on a new project, it's bound to attract attention. And with the recent Victorian Hot Rod Show fresh in enthusiast's minds, it's an ideal time to take a closer look at the 'work-in-progress' creation of Ron Smith. After owning a '32, then a '28 Ford, Ron's latest rod project is a 1930 Ford coupe, but this one will be a little bit different.

Ron's '32 was built around a Deuce Customs body and an original chassis, modified by Rod City with an I-beam, polished stainless four bar front end, and a nine inch Ford rear. Power for the roadster came from a 302 with a C4 auto. Ron sold that project unfinished to purchase a 1928 Ford roadster. The '28 was complete when bought, but Ron made it his own by repainting it, fitting new wheels and tyres, a new steering wheel, and adding some dress-up parts for the 350 Chev V8.

After a history of roadsters, Ron decided his next hot rod needed to be a coupe, "to keep my hair in place", he told us! A 1930 model was going to be the year of choice, because Fords of that year carry a couple of features that particularly appeal to Ron - the visor and the five-window body. Unlike many rodders who prefer the three-window coupes, Ron likes the look of the five-window. Describing the look for this rod as 'trick traditional', Ron explained that it will combine some of the aspects of traditional rods from the 1960s, but with a number of modern touches. After searching for a suitable basis for the project, Ron came across the right year and body style Ford two years ago. It had a little bit of cancer around the usual places, but was solid enough to be worth getting.

When it comes to specific builds like this, the crew at Car Guys Garage in Reservoir, Vic, are on the same page as Ron, so they were the natural choice to build the chassis for this project. Mark and the boys at Car Guys created the 1932 spec chassis with the ubiquitous Model A cross member, ladder bar rear end with a quick change, and an I-beam front end with hairpins. As mentioned, the trick traditional look means this build won't be following accepted practise, so instead of the expected flathead motor and '39 gearbox, Ron's had the chassis set up for a C4 transmission with an adaptor from John's Rod and Custom to marry to a Y block Ford V8. At present, a dummy motor sits in the car, while the actual Y Block that will eventually go into the car is being built. That motor will feature a John's Rod and Custom manifold, with the piéce de résistance being a six-pack of new chrome Stromberg carbs. In keeping with the look Ron has planned, the outlet manifolds will be rams horns headers from Speedway Motors.

When the body arrived, it was pulled part and sandblasted. However, this project will be no simple strip and rebuild. To date, there have been nearly 40 changes made to the body. The roof has been chopped four and one eighth inches (the eighth being the thickness of the hacksaw blade). The roof has been filled with a panel from an EH Holden donor, but the seams down either side have been retained, to make it look like what Henry might have done back in 1930 if he hadn't filled the void with timber and vinyl. Another neat touch is on the doors, which have been flush-mounted into the body with the rain gutter more parallel to the top of the door then what it was originally. Not readily visible to anyone other than Model A aficionados is that the rear quarter windows have been removed, swapped from right to left and then placed upside down on the opposing side. Ron said that his way, the top rear of the quarter window is more symmetrical to the outside shape of the body.

Colour choice is still to be revealed (Ron's keeping a few of the specs for the build under his hat!), but he has revealed that the drive train will be white. The tuck and roll interior upholstery will also be white. Other interior bits and pieces already purchased and confirmed for the build include a polished '40 Ford steering column from Limeworks, matched to a '40 steering wheel slightly smaller in diameter than an original, also from Limeworks. The gear shifter will also be a Limeworks item. The dash cluster will feature Classic Gauges and a surround from a little known rod shop in Arizona. Both are in an art deco style, as are many other parts of the car.

What will this project look like when it's finished? Watch this space for further details. Given what we've seen so far, and what Ron has hinted at, it'll be worth the wait! 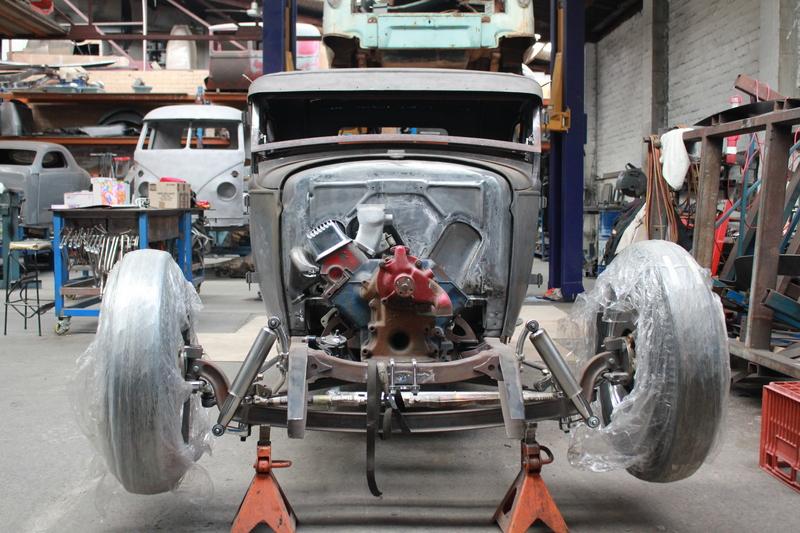 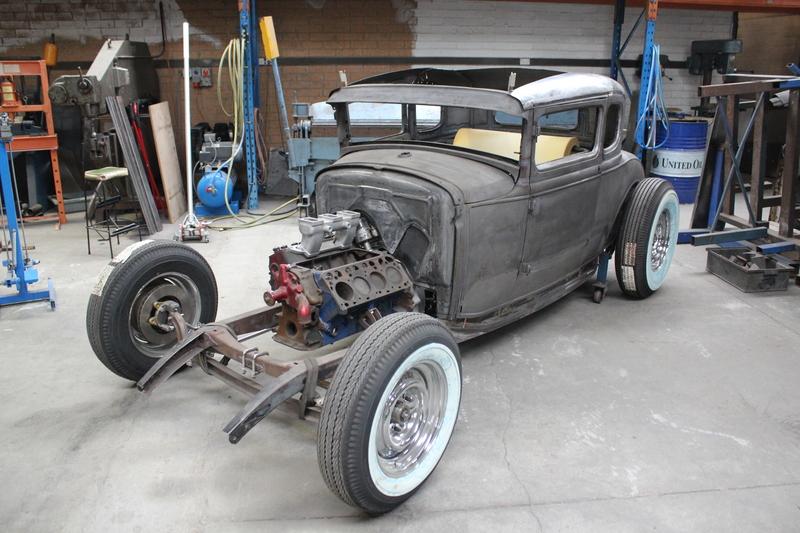 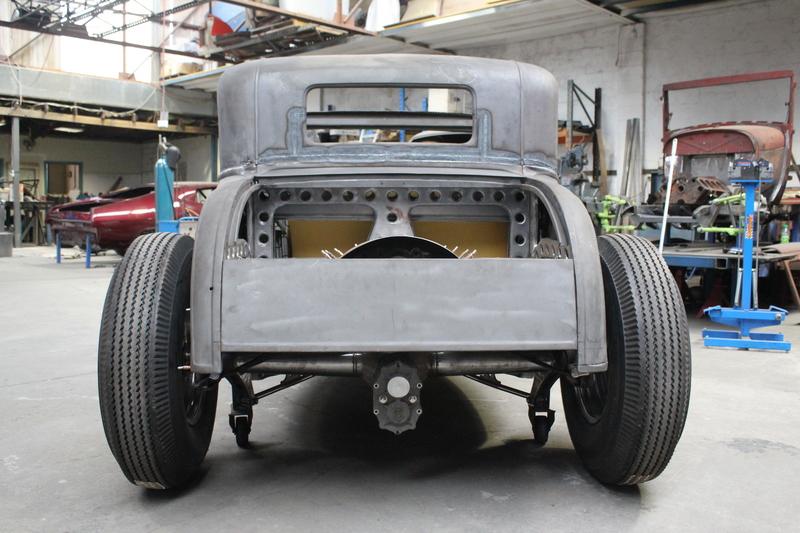 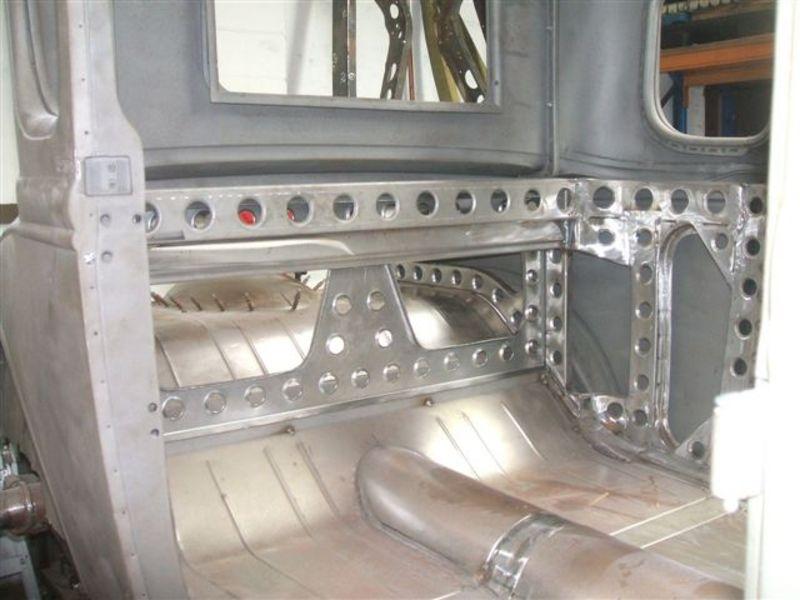 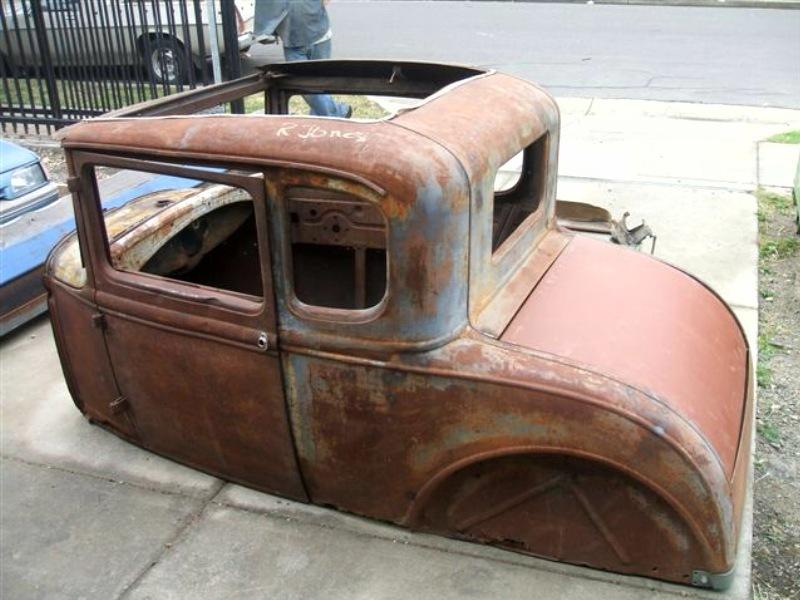 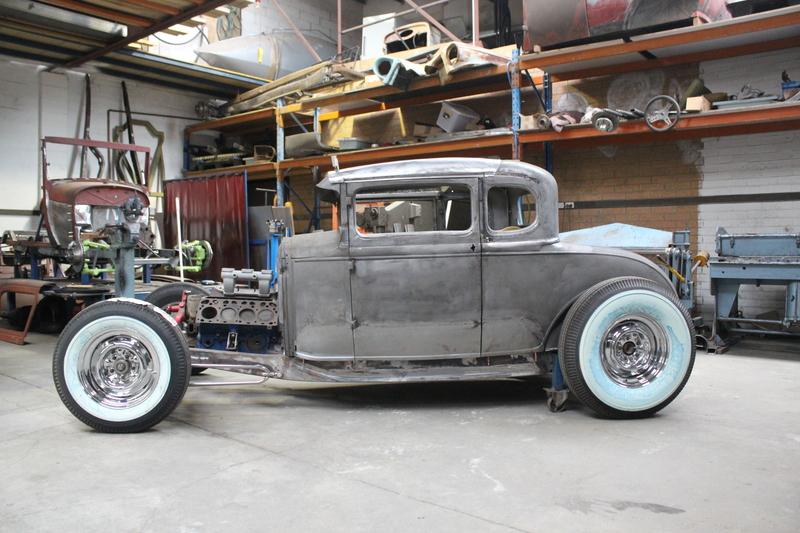 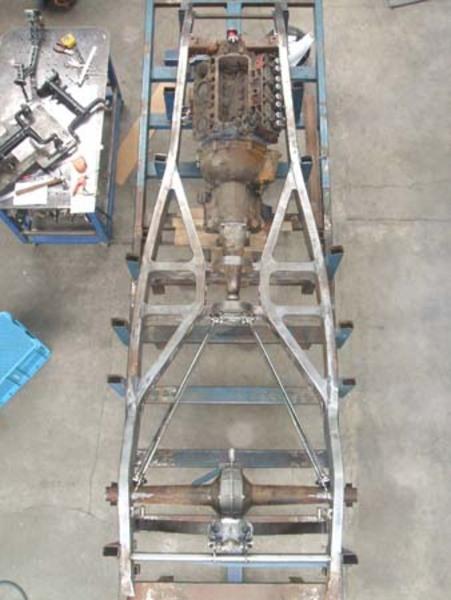 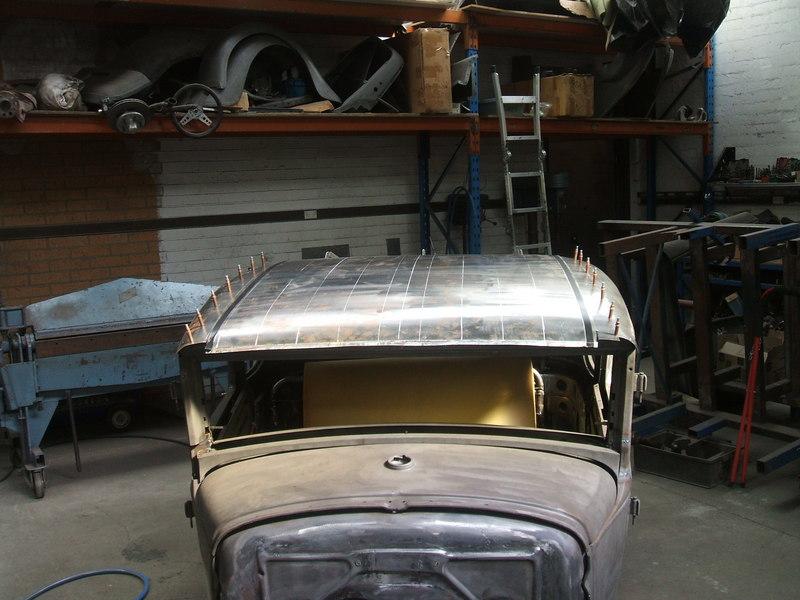