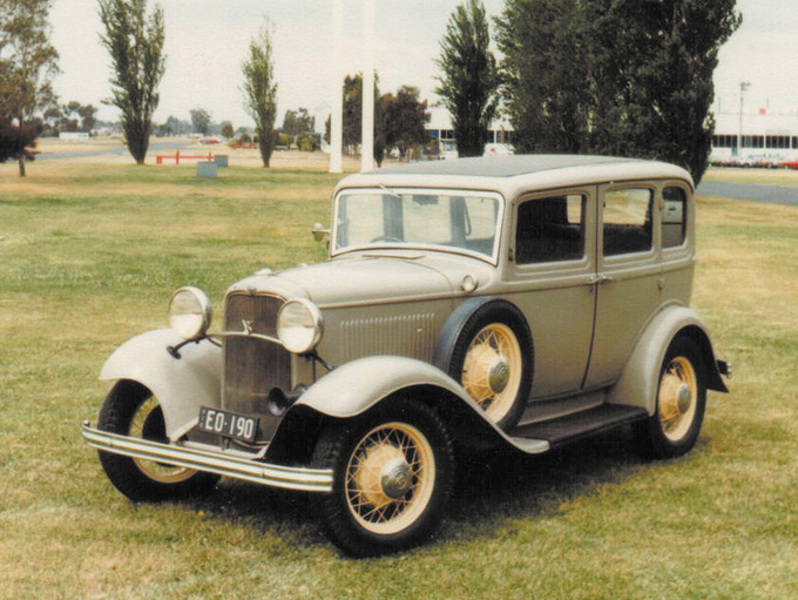 The V8 revolutionised the car industry. Ford V8 cars and trucks would have become an instant success were it not for the Great Depression that put so many people out of work and devastated the economy.

However, due to the development of the new V8, Ford was able to keep its production lines going and survived - unlike many other motor manufacturers of that time.

Five body styles were available and sales for the year reached 1,695.

The VS Town Car was priced at 406 pounds, the VR Roadster and VP Sport Phaeton 333 pounds and the VC Sport Coupe 327 pounds. Other models included the Standard and Sport (Deluxe) Roadster, Phaeton and sedan, standard Light Delivery and the Sport Coupe.

The Ford V8 started the trend towards more powerful engines and faster vehicles, thereby changing the face of motoring in Australia forever. 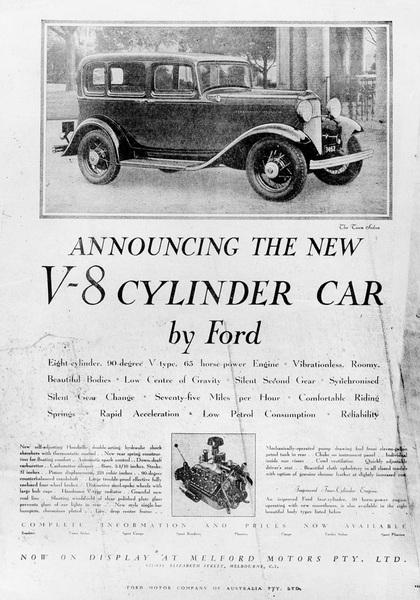 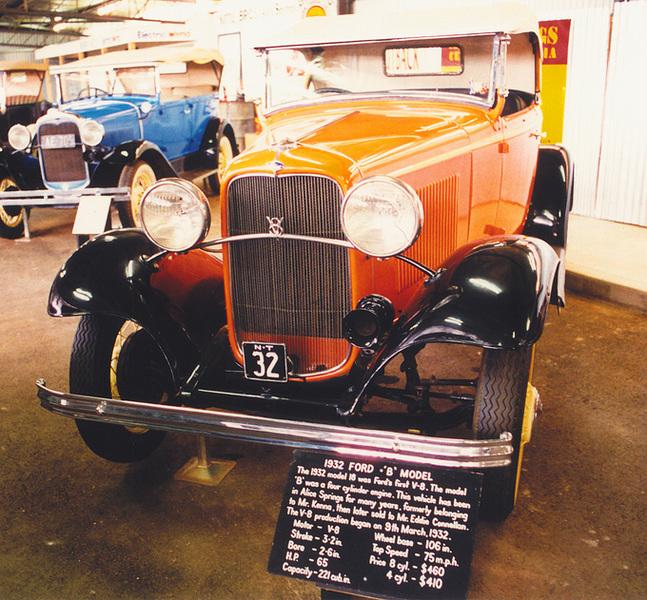