Despite its obviously Germanic name and origins, Daimler came to be regarded as a quintessentially British car. This also in spite of the very earliest examples being produced in Germany and France.

Founded in 1893, Daimler’s first true car of their own came in 1897, but even this was very much in the style of what Gottlieb Daimler (who was a director of Daimler in England until 1898) had created previously.

Daimler’s fortunes in the British market and beyond were improved when King Edward VII selected one for his personal use. Others followed and set a pattern of Royal patronage that continued for decades, with Daimler limousines still used for selected occasions today.

That connection made Daimler the choice of the wealthy and a competitor to not only Rolls-Royce, but also elite European marques like Delage, Bugatti and Benz. While other brands were chosen by entrepreneurs and celebrities, Daimler remained more of an “old money” choice, favoured by the aristocracy and those perhaps a little less flamboyant with their wealth or privilege.

Daimler’s early output was nothing if not diverse, though, with the large limousines the company became best known for joined by smaller sedans and tourers, commercial vehicles and even boats at various stages.

Early adopters of the sleeve-valve engine, Daimler were the first to produce a V12 car in Britain in the form of the ‘Double Six’ of 1926, and also brought innovations like the fluid flywheel and pre-selector gearbox to the market.

By the late 1920s, Daimler’s range consisted largely of limousines, most of which were supplied as chassis only for the fitting of bespoke bodies, but the Great Depression forced the company to go downmarket.

Debuting in 1933, the ‘15’ was the first Daimler to feature an overhead valve engine; in this instance a 1.8-litre six-cylinder unit. It also carried the fluid flywheel and pre-selector (which made for easier take-offs and quieter, smoother gear changes), as well as modern-for-the-time features like a mechanical fuel pump and hydraulic servo-assist braking.

In broad terms, the ‘15’ (referring to the car’s taxable horsepower rating of 15hp) was still a prestige car, but more for the owner-driver, instead of the chauffer-driven.

With around 3,000 built in two years, the 15 was a great success for Daimler, with a larger 2.0-litre version that followed in 1935 doing just as well. Both models were easily Daimler’s best sellers of the inter-war period.

Most UK market 15s were fitted with bodies by Mulliner (sedans) and Martin Walter (tourers), but due to the heavy tariffs imposed on the importation of complete cars to Australia, most locally-delivered examples arrived here in rolling chassis form for local bodywork.

The car featured here is a 1934 example of the 15 and was bodied by Martin & King of Melbourne.

Founded in 1888 as coachbuilders for horse-drawn vehicles, Martin & King became involved in the automobile industry from the start of the 20th Century; their best-known early product being the body for the Thomson Steam Wagon of 1900 that now resides in the Museum of Victoria.

Quantity production of automobile bodies started in approximately 1914, and like many of their contemporaries, Martin & King bodied many Ford Model Ts. Buicks, Chryslers and other American marques followed, but the quality of Martin & King’s work saw them favoured by owners of more elite marques, like Delage, Bentley and Bugatti, to name a few. Martin & King were also Rolls-Royce’s preferred Australian coachbuilder.

After World War II, the general decline in coachbuilding saw Martin & King’s railway coachwork became more prominent. One of the firm’s last major automotive commissions was assembly of Volkswagen Beetles, after which their Clayton facilities were purchased by VW in 1957 for full manufacture of Volkswagens. The Martin & King site would later become the home for local manufacture of Nissans.

The owner’s certificate provided with the sale of this car shows it was originally purchased in February, 1935 and went to ‘Yarram Park’, a large sheep property in Victoria’s Western District that still exists today. That same documentation shows the Martin & King-bodied car was delivered with a cream body and black guards, so the switch to blue occurred sometime later.

The car changed hands a few times into the early 1940s, then came into the most recent owner’s possession in 1963. Remarkably untouched upon purchase - right down to the spare wheel still carrying its C1934 tyre - the Daimler would serve as that owner’s daily driver until the mid-1970s, when it was parked up with 63,000 miles showing on the odometer. Aside from a few special occasions (including attending Daimler’s centenary celebrations) the car would remain in dry storage for the next thirty years.

Refurbished in time to attend the National Rally for the Combined Daimler Clubs of Australia in 2006, the 15 covered the 150km distance to the rally and back without a hitch, but its size and low power (it’s capable of close to 100km/h, but is much happier at around 65kmh) means it’s a nerve-wracking drive on highways and best-suited to quieter country roads.

Aside from its rarity, the appeal with this particular car is that it retains most of its original componentry, with the well-patinated original leather seats and side-hinged trunk noteworthy, while a vintage Ferris radio is a slightly later, but no less intriguing feature.

After more than fifty years with one owner, this Daimler is now on the market (see breakout) through Adam’s Prestige and Classic Motors in Pambula, NSW.

A real rarity, this car is also a real time capsule and one that’s sure to appeal to the aficionado of quality, but quirky cars. 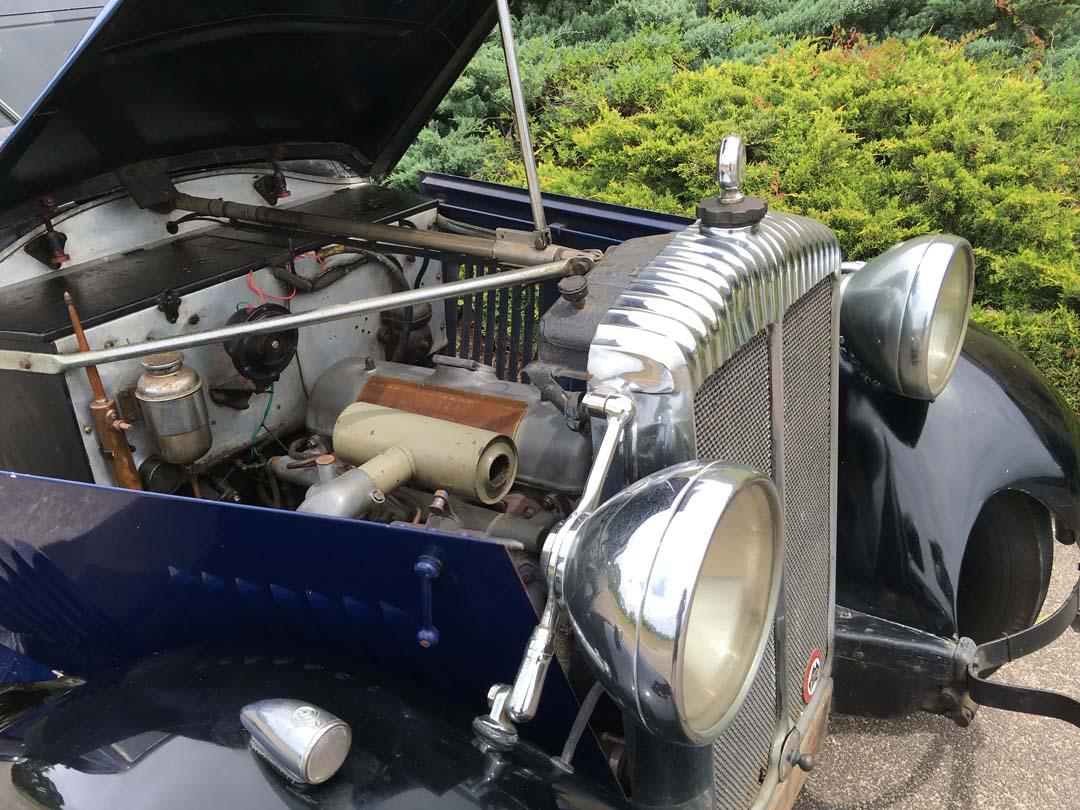 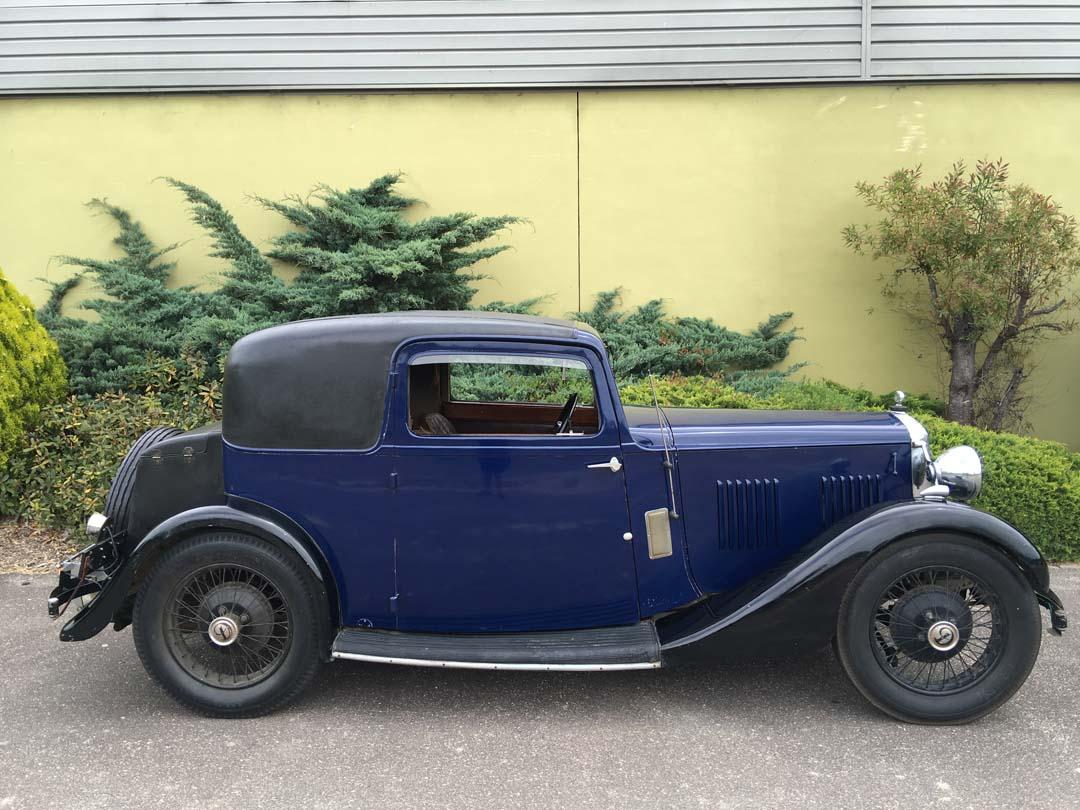 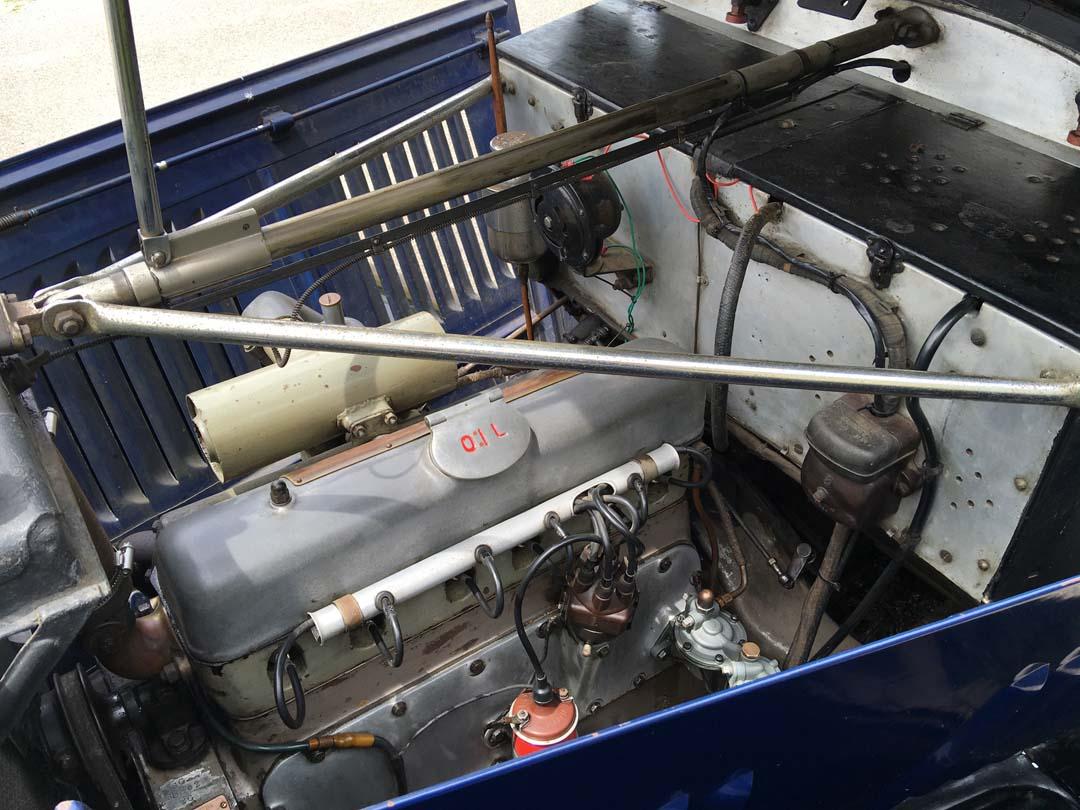 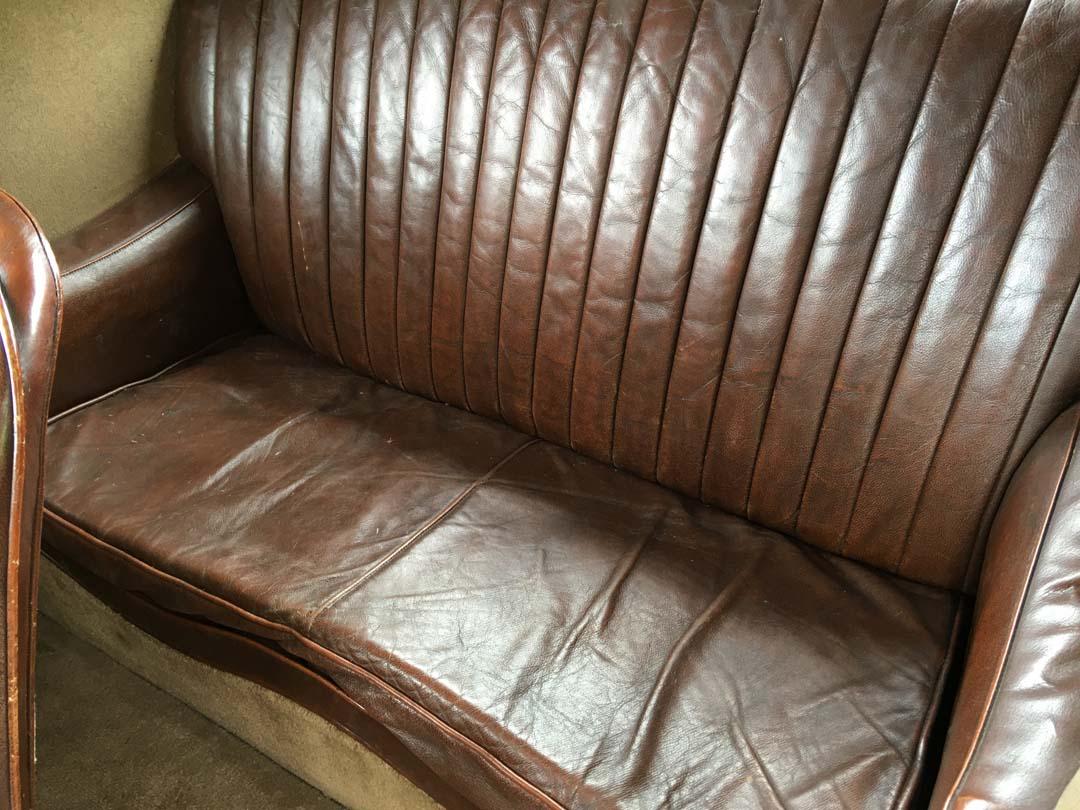 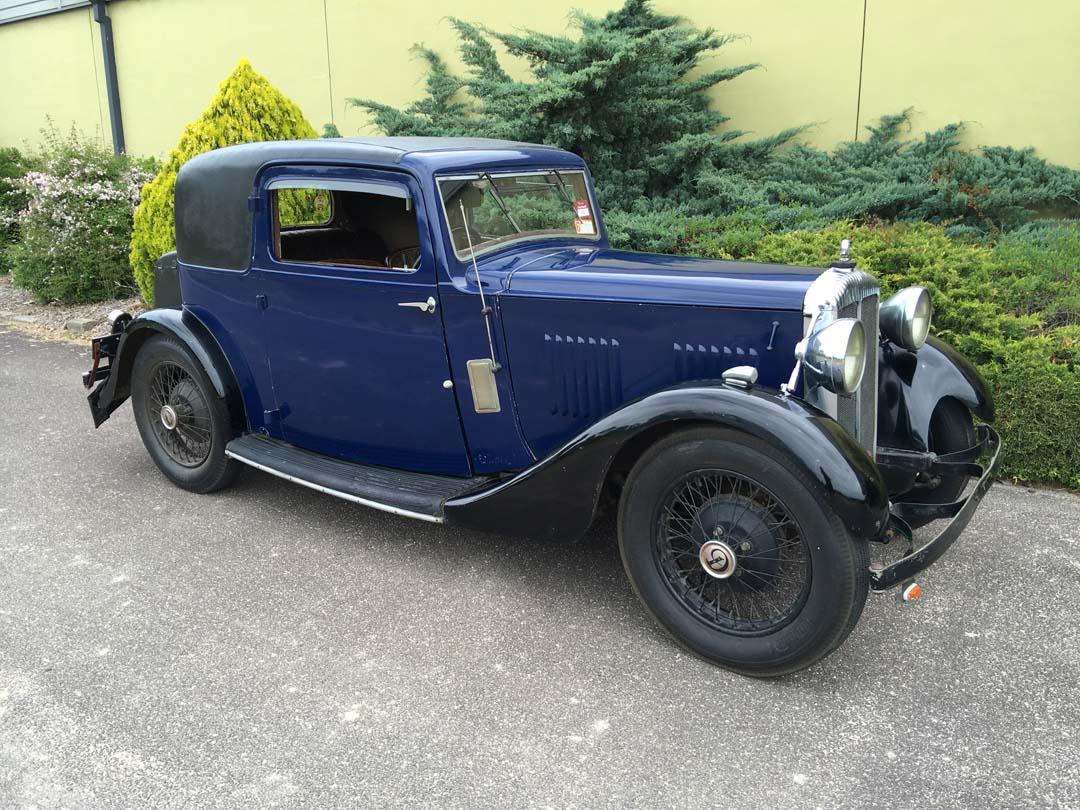 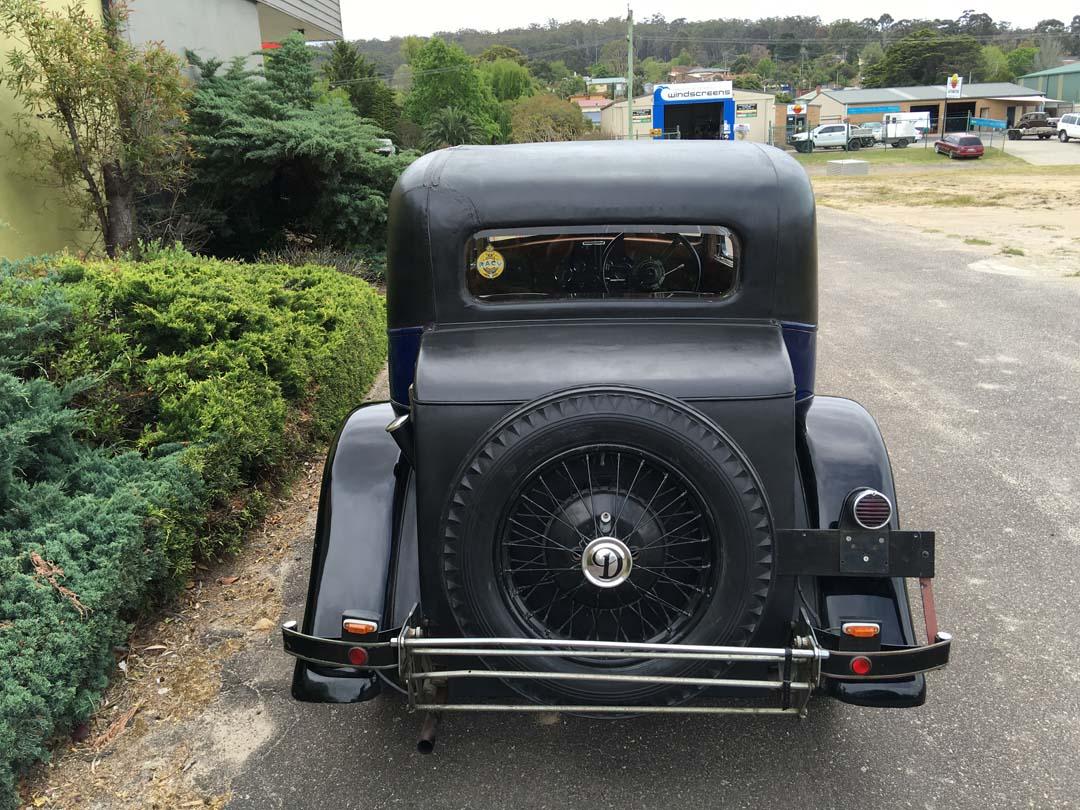 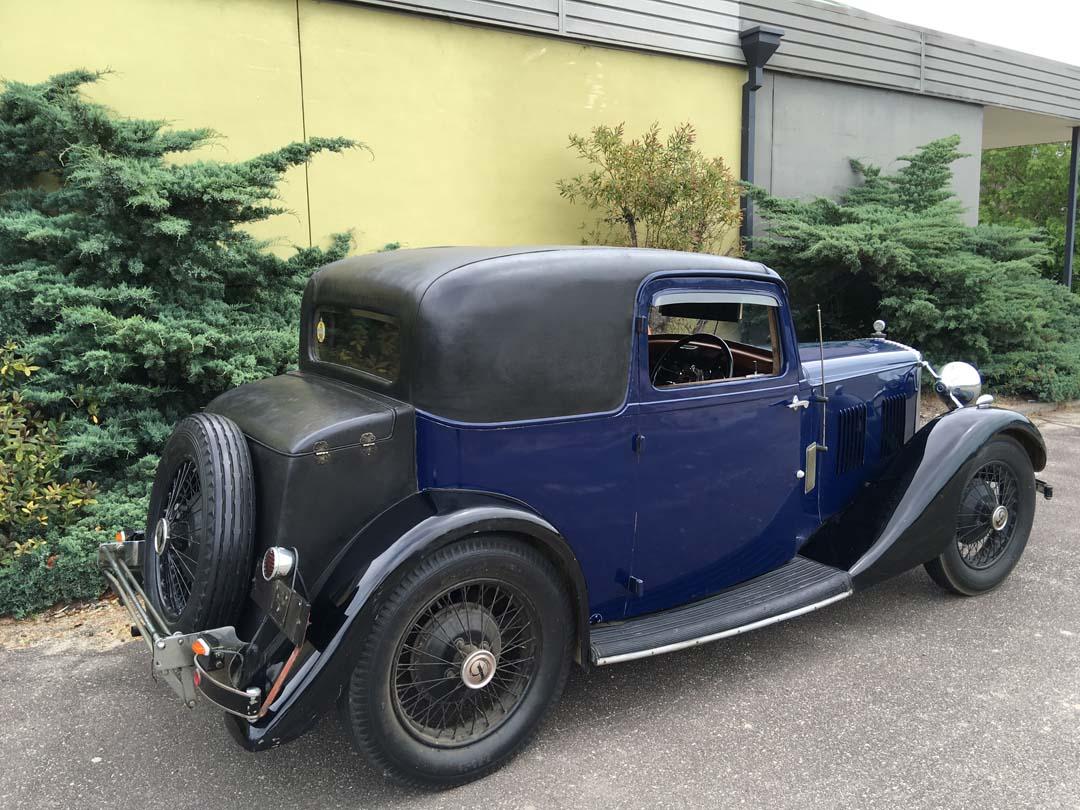 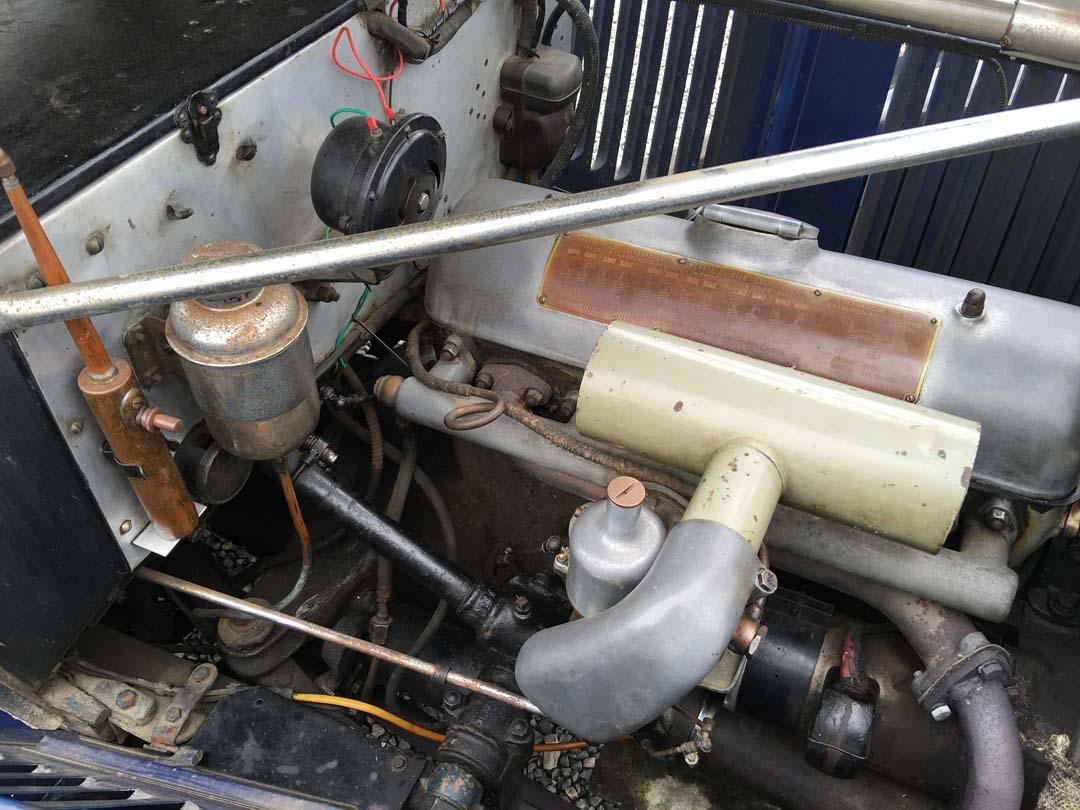 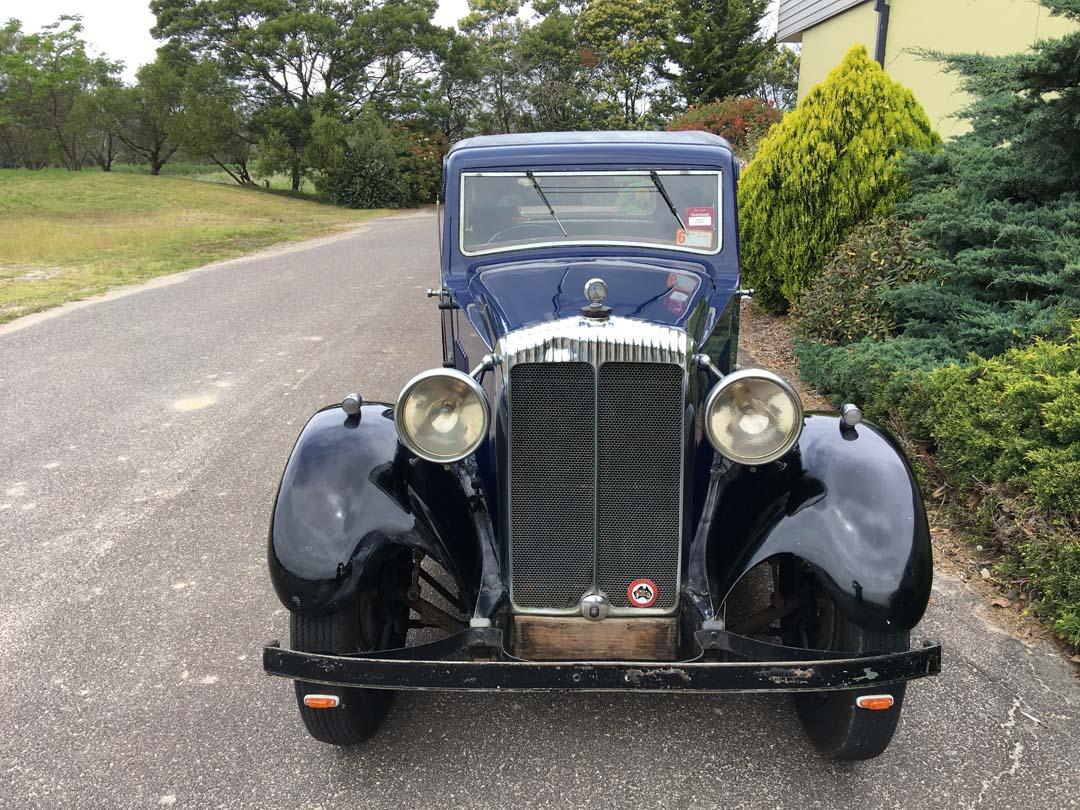 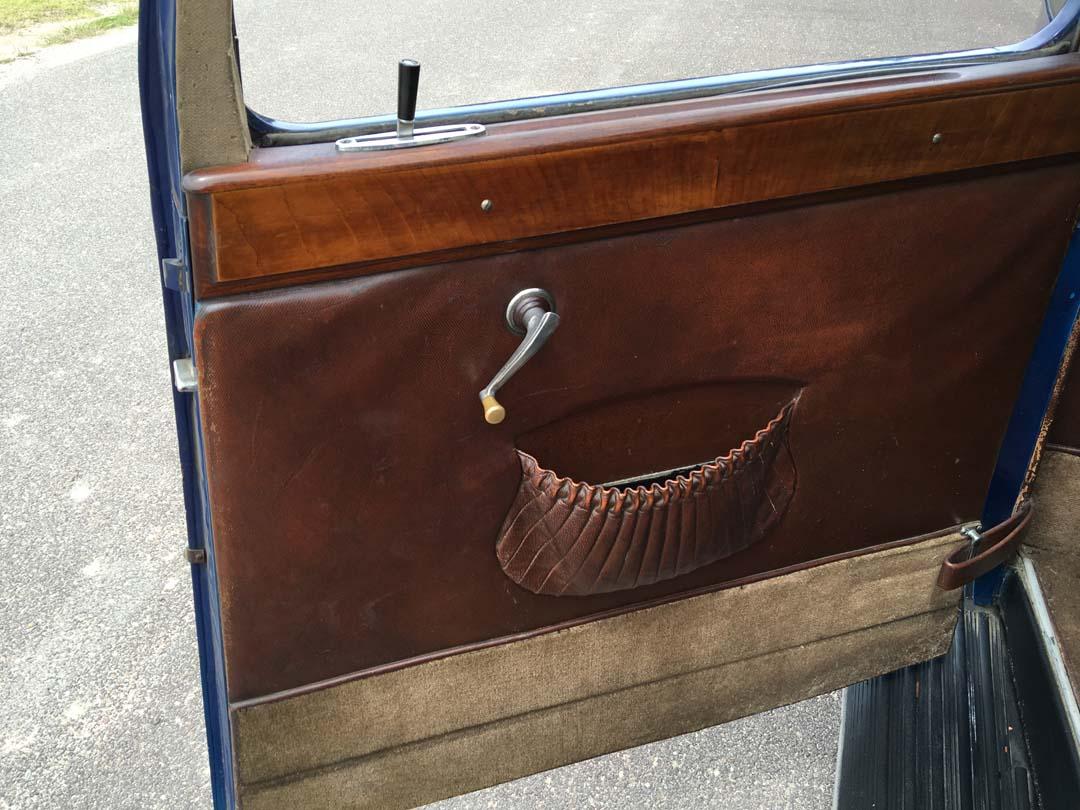 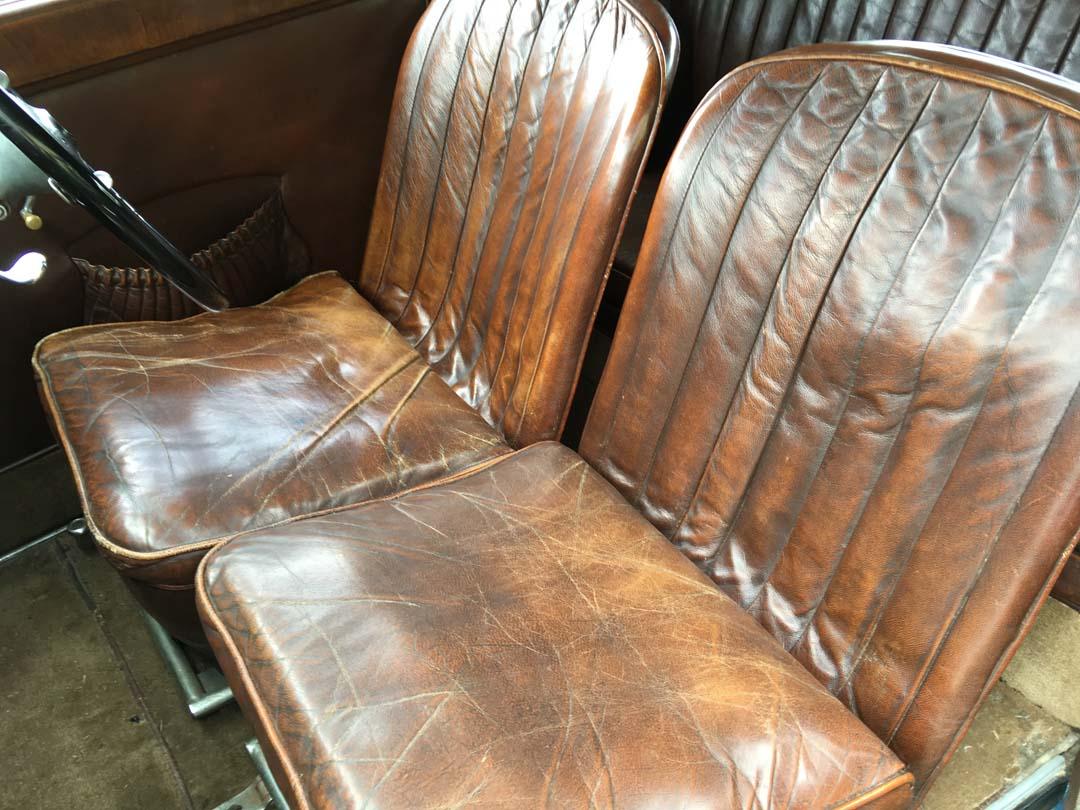 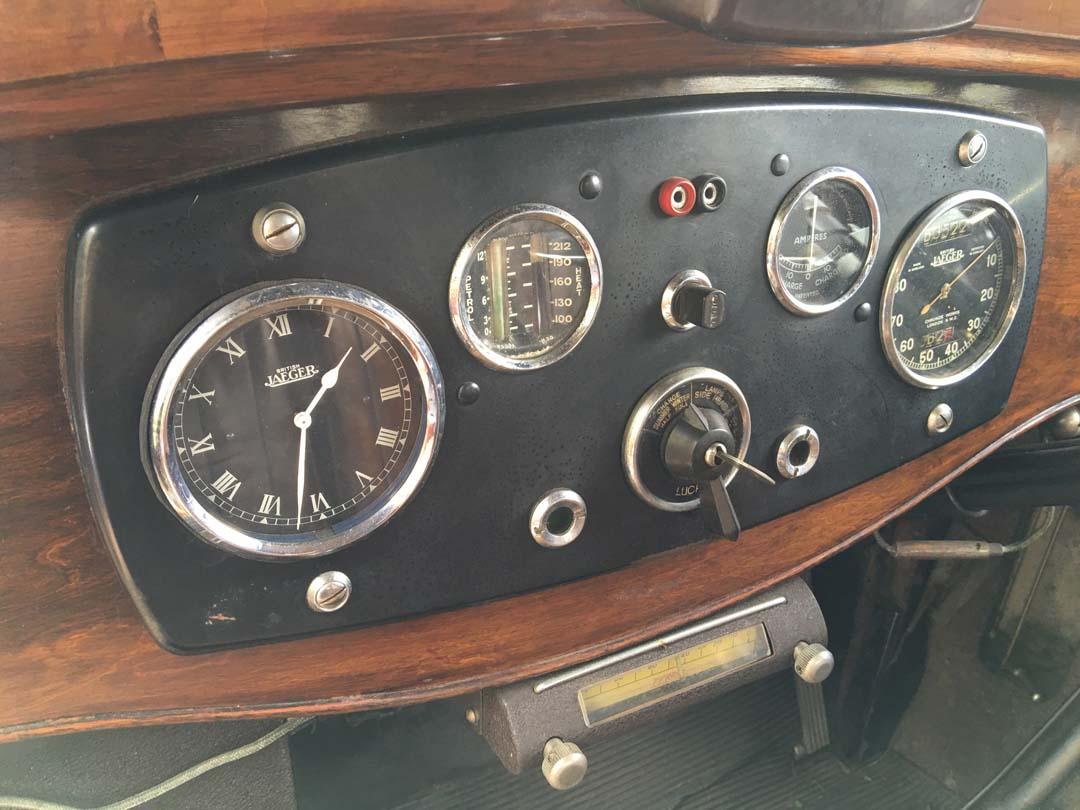 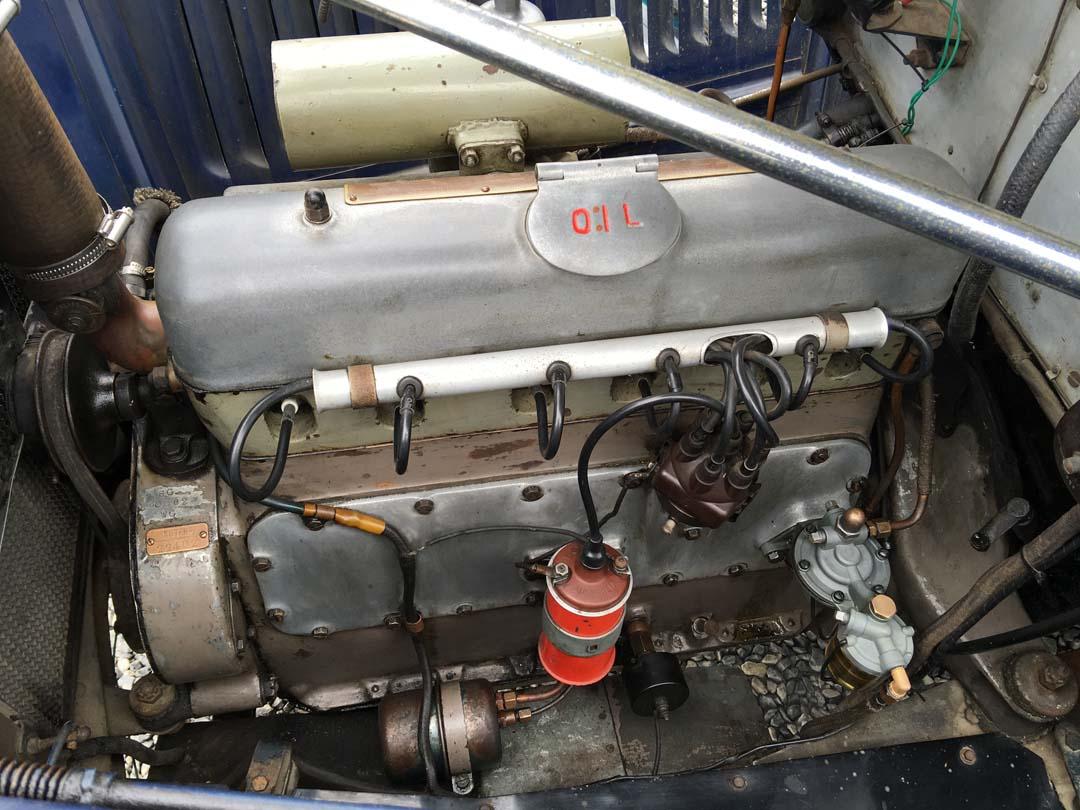 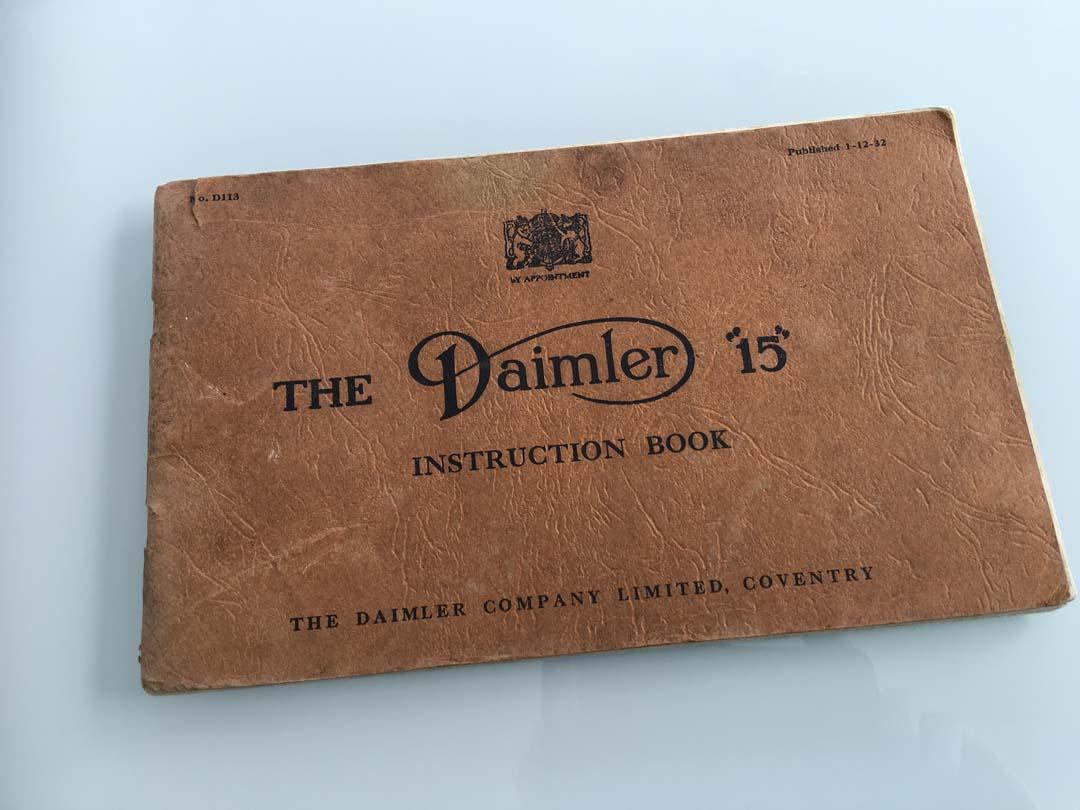