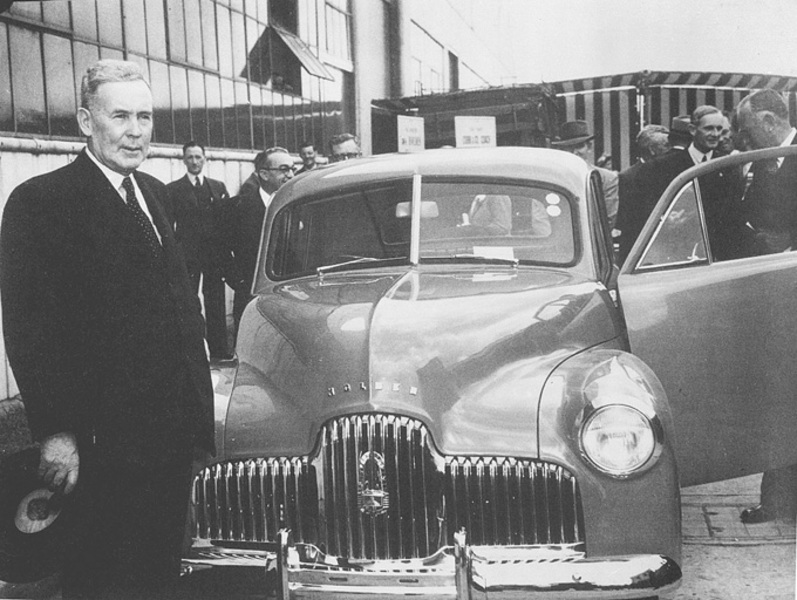 In 1944 the Australian Government issued a challenge - "Build an all Australian car". Laurence Hartnett, Managing Director of General Motors-Holden took up the challenge.

GMH sent 30 top engineers and tech- nicians to America to work in conjunction with GM engineers to design an all Australian car. The first hand built pro-totype was completed in August 1946 (see below). Two more prototypes were built and all three cars along with 86 project executives and technicians returned to Australia on board the first class Tasman liner "Wanganella". After docking, the cars were driven under cover of darkness to Fisherman's Bend in Melbourne, arriving New Year's Day, 1947.

The cars were tested daily on an 86 mile (138km) circuit, which travelled through Ferntree Gully, Belgrave, Monbulk, Emerald, down to the Dandenongs, up the Princess Highway and back to start the circuit again.

On 29 November 1948, in the presence of Prime Minister Ben Chifley (above) the 48-215 Holden was revealed to the strains of a 10 piece orchestra. It was the first Holden, a completely new six cylinder sedan destined to become Australia's first successful mass-produced car. This first Holden (later commonly called the FX), was a four-door, six seater. Although adapted from an American design, it was built almost entirely in Australia. It incorporated advanced features, including a unitary construction body. The 2.15-litre 'grey' motor boasted a top speed of 80 mph and proved to be a remarkably durable unit. It typically returned 30 miles per gallon (9.4L/100km) and could cruise all day at 65 mph (105km/h)!

In 1951 the Holden utility was launched and became an immediate success, also.

Although 'No. 1 Holden' was the first 48-215 model built 'ready for sale', it was never sold. As the first fully manufactured car to roll off an Australian production line it is considered of national historical significance. Normally on display at the National Motor Museum, Birdwood SA, it was returned to Holden for its 50th anniversary celebrations in 1998, when it underwent an intensive restoration. After eight months, it was returned to its original showroom condition. While the 'ground up' restoration involved stripping all exterior and interior paintwork and replacing door rubbers, door seals and gaskets, all original features were retained. The car is now in full running order and has a total of 2,393 miles on the speedo. It's price at introduction was _733.

The real No. 1 Holden

The world's first Holden was fully restored in March 2000.

Built in August 1946, Holden #1 was almost completely handmade and shows clear evidence of one-off manufacture and finishing, from the hand beating marks on the underside of the bonnet to the fusion welding down through the firewall and under the floorpan. When finished, the car was extensively tested at the Milford Proving Ground, near Detroit, Michigan.

It was first registered here as a Chevrolet - as the Holden name hadn't been decided on at that stage. In fact, it carried 'GMH' badges on the bonnet and boot for some time before they were later changed to Holden. the registration card was later hand altered when the name Holden was chosen. Its registration number was JP 480. The cost of building this car back in '46 was approximately _10,000.

GMH sold the car in December 1952 to an employee and it was resold twice before ending up at the Morwell Holden dealership, who kept it for 41 years before selling it to Graeme and Gavin Strongman, who undertook the meticulous restoration.

vertical slats; the word 'Holden' across centre front of the bonnet and across the boot; split two-piece windscreen; no front or rear turn indicators and one centrally mounted rear stop light with body coloured surround. 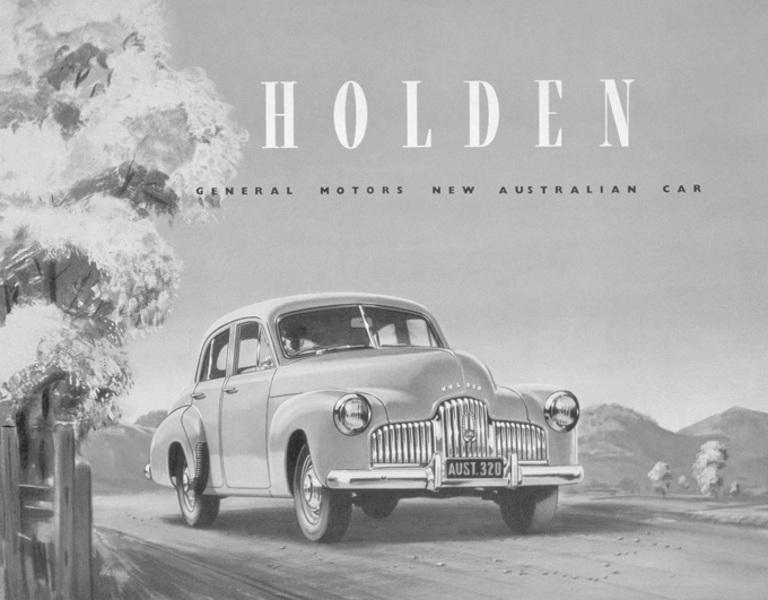 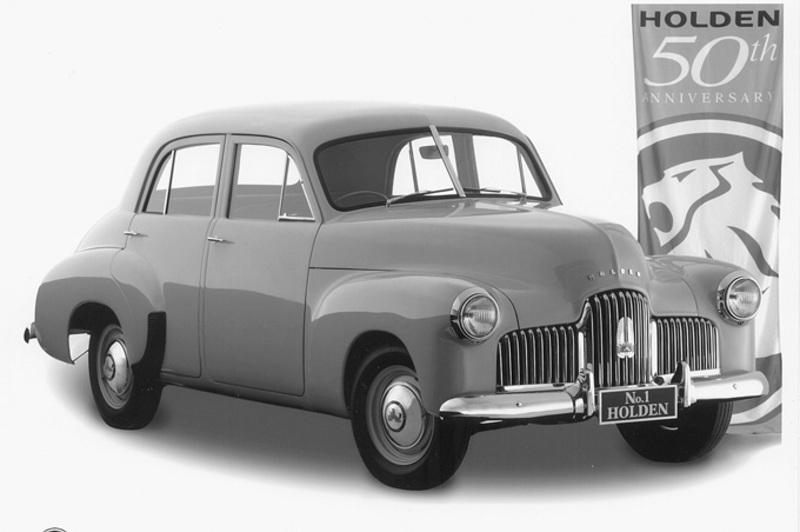 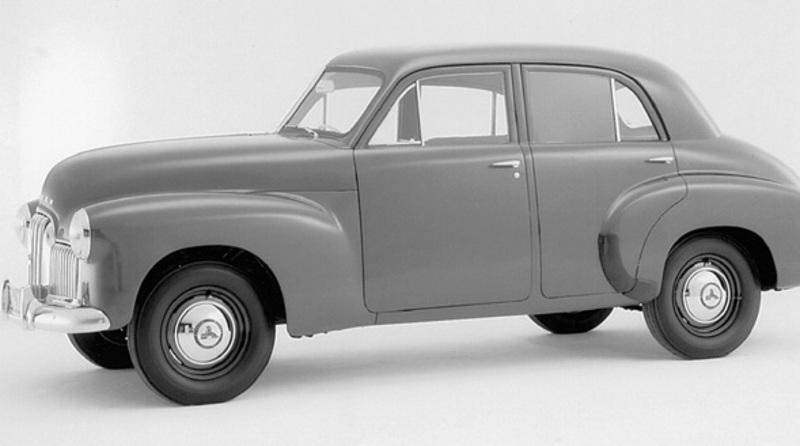