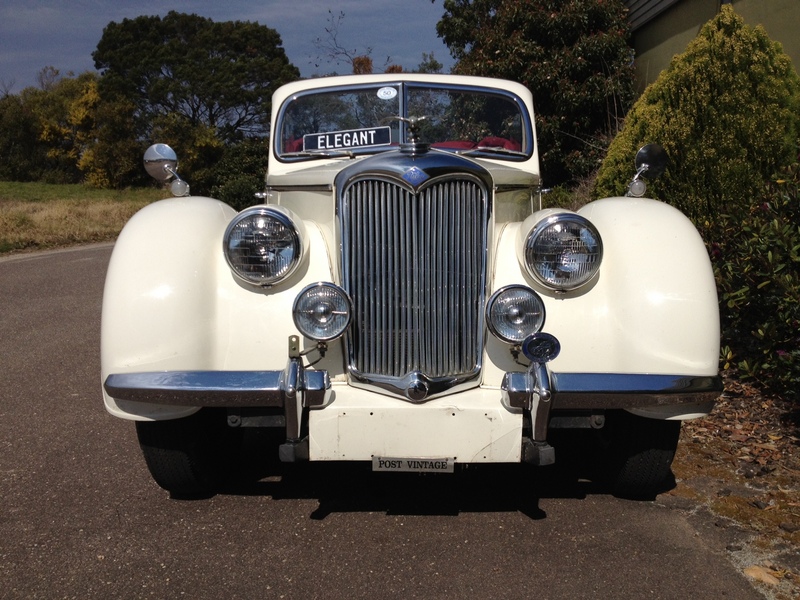 Before going into the history of the RMD, it's probably worth clarifying the various differences across the postwar 'RM' model range. The two main variants were the RMA and RMB saloons, powered by a 1 1/2 litre and 2 1/2 litre engine respectively. Mechanical alterations to the RMA resulted in the RME, which was released in late 1952. The RMB followed a similar pattern, with the updated RMF also released in 1952. The RMD drophead coupe (ie. convertible) and the RMC roadster were based on the 2 1/2 litre RMB saloon. Both these open top models were released in late 1948, but didn't become commonly available until 1949.

The main difference between the RMC and RMD was that the RMD had a rear seat and could accommodate 4 or 5 occupants. The RMC was strictly a two-seater, but could fit 3 if the bench seat and column gear shifter was fitted. While the front ends were the same across both convertible variants, the RMC featured short suicide doors with cut-outs, fold-flat windscreen and a coupe-style folding top. This made the rear end appear overly long. The RMD featured deeper flat-top suicide doors, fixed windscreen and a full-size folding top with landau irons that was arguably a more balanced design.

Being a softop, the RMD required strengthening, which added weight to the car and thus affected performance. After production started, aluminium doors replaced the original steel ones in an effort to reduce weight, while additional bracing was added behind the rear seats and to the running boards. These differences aside, the RMD drophead coupe and RMB saloon shared the same basis steel chassis and metal body panels over a timber frame. The long stroke 2.5 litre inline 4-cylinder engine was also common to both, as was the 4-speed manual transmission. Suspension comprised independent front torsion bars with a leaf spring rear.

Externally, the RMD, like the RMA and RMB, was identified by its sweeping lines. The front guards flowed into narrow running boards, with the rounded shape continued on the rear guards. At the front, the bonnet tapered to the distinctive Riley grille, with its thick, peaked surround. Between this and the front guards sat pod-style headlamps, with spotlamps below, mounted to the two piece front bumper. Two-piece bumperettes were used at the rear, the gap in the middle enabling access to the flip-down panel below the large, curved bootlid that held the tools and spare wheel. Interestingly, the RMD featured fuel filler necks on each side. Aside from the grille, chrome was minimal on the RMD, consisting of a feature strip along the body and surround for the two-piece windscreen.

Colours on the 1950 RMD included a bunch of new hues that were made available following Riley's shifting of production from Coventry to the MG factory at Abingdon during 1949. These included black, Sun Bronze, Autumn Red and Almond Green. Earlier colour offerings included Ivory, Ming Blue, Scarlet and light green. Another early option was black guards with a contrasting colour body. This option wasn't continued into 1950, but custom colours and combinations are not unknown. Colour for the folding convertible top was usually matched to the interior upholstery, which could mean beige, maroon, green or red.

Inside, the RMD was well appointed with a genuine timber dash with contrasting timber fillets, adjustable (reach only) sprung steering wheel, leather upholstery front and rear, and floor carpeting. The doors were long enough to feature ashtrays for front and rear seat passengers, with the rear seat armrest able to be flipped up to aid rear seat access. Unlike the RMC, which featured clip-in side windows, the RMD boasted proper wind-up windows both front and rear. Of note during 1950 was a change to the dash layout. It was still centralised - to better facilitate LHD/RHD production - but the trio of circular gauges was changed to a walnut-faced rectangle, with a circular speedometer closest to the (RHD) driver, and a circular revcounter and neatly incorporated clock on the far side. In between these sat warning lights and four square gauges for amps, fuel, oil pressure and water temperature. Push-pull knobs for lights, choke, wipers and the usual accessories sat below this. A floor-mounted gear shifter was common to most 2 1/2 litre models, with the RMD notable for being the only Riley of the period to be factory-fitted with a heater.

While Rileys largely failed to attract buyers in the prime US export market, they enjoyed much more success in Australia. In John Price Williams' 'Riley - The Legendary RMs', he states that 75 percent of all 2 1/2 litre production, including RMDs, went to Australia. Given that fact, you'd think that RMD and other RM Rileys would be easy to come by, right? Not so. RM Rileys are uncommon here, due in part to the attrition delivered by time and the potentially fragile timber-framed body, and in part to a number of RMDs having their engines and other parts cannibalised for both competition cars and other Riley saloons. Over the years, numbers have thinned to the point that an RM Riley is a rare sight, with the RMD convertible even moreso.

The performance delivered by the RM Rileys, especially the RMB, was reasonably impressive and continued the Riley sporting tradition, but in the case of the RMD, that speed was hampered by the extra weight it had to carry. Rather than pace, advertising of the period stressed smoothness and luxury, but the RMD was still a quick car for its period, able to cruise at 100kph with ease, and reach a top speed close to 150kph. Being more of a sporting car meant the RMD's suspension was also sporting, ie. hard. Steering, too, was heavy, especially at slow speeds. Overall, though, the RMD has been described as an enjoyable car to drive.

The 1950 models were produced in the biggest quantity, and also benefitted from lessons learnt on the debut year models, so should be the better option for potential buyers. Australian-delivered RMDs should be in better condition than UK models, too, but local delivery is no guarantee of a trouble-free car. Given the unique nature of a number of its components, and its timber-framed body, regular and diligent maintenance is a must with any RMD. Repairs to neglected or shabby examples can be extremely costly, so it's best to look for a restored or well cared for unit. Find one, and the Riley RMD presents as a distinctive alternative to a Jaguar or MG, with more room, comfort and arguably more style than both.

Thanks to Motor Book World, Canterbury, VIC (Ph: 03-9830 2644) for selected research material used in this article.


TRIVIA
The earliest RMDs featured a narrow 'header' section above the top of the windscreen, but it was soon found that this was too thin to properly support the body and prevent 'scuttle shake' at speed. Thus, later model RMDs, including all the 1950 models, featured a noticably deeper windscreen header. 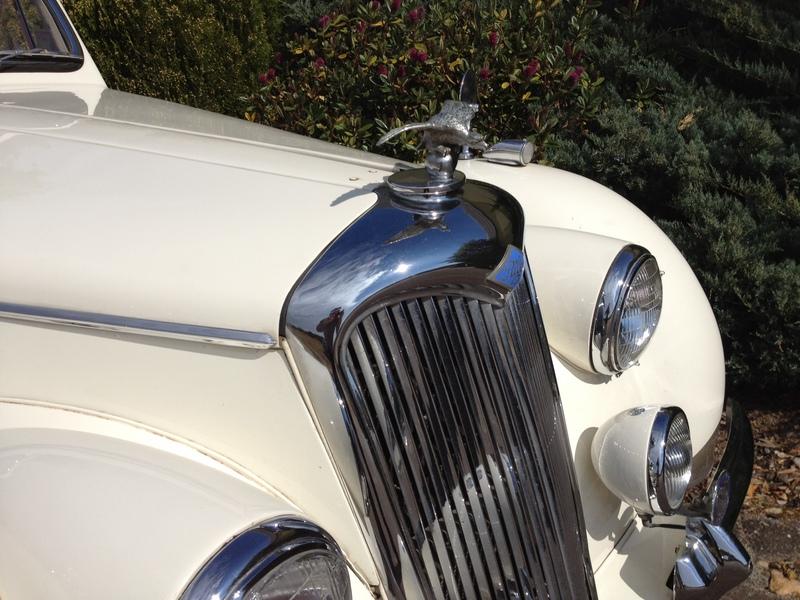 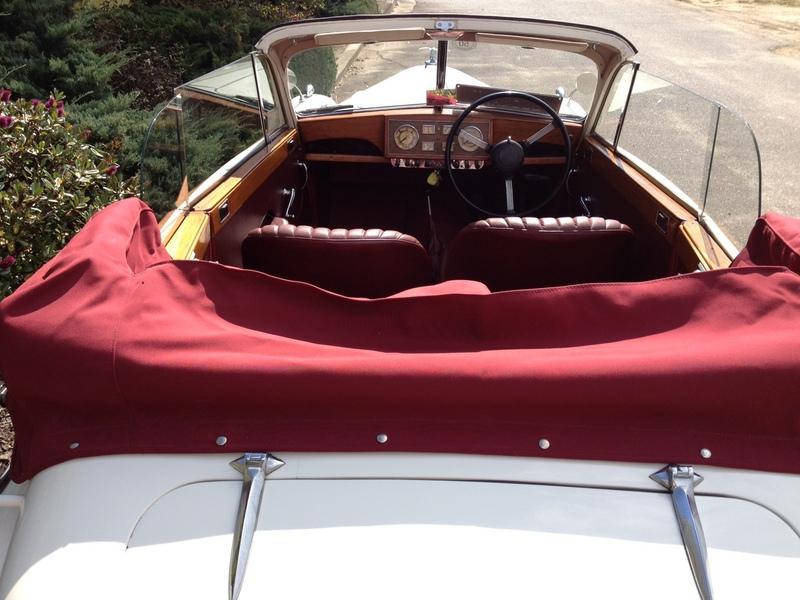 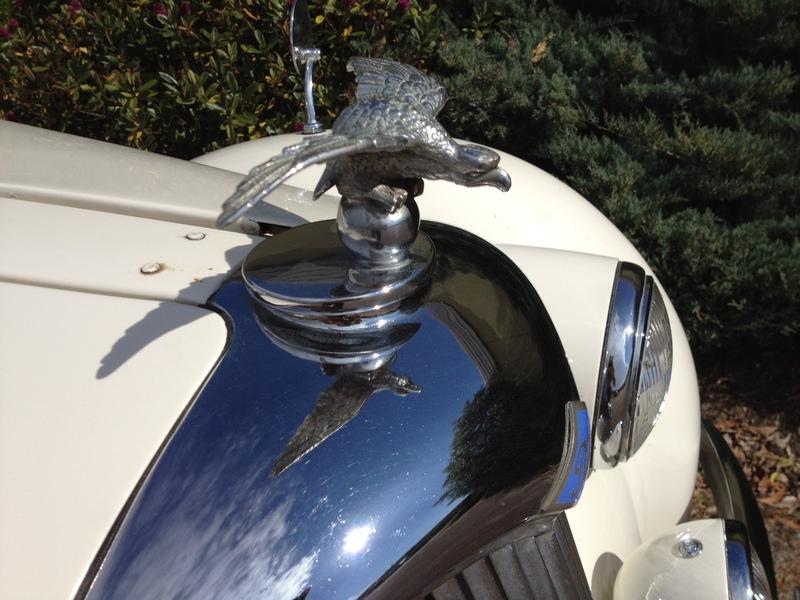 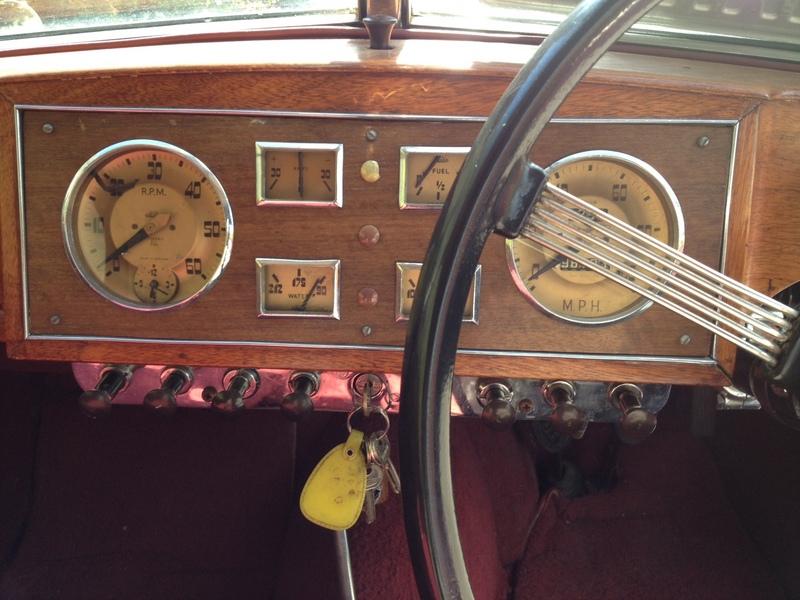 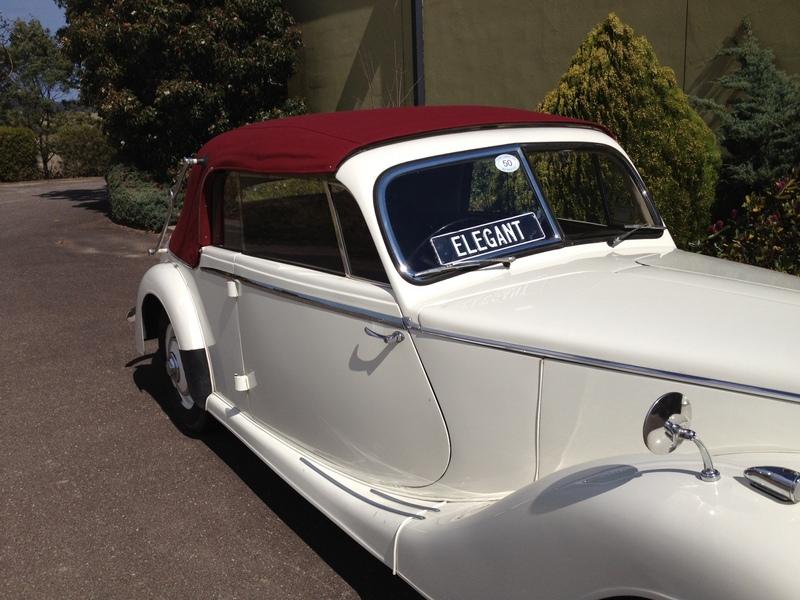 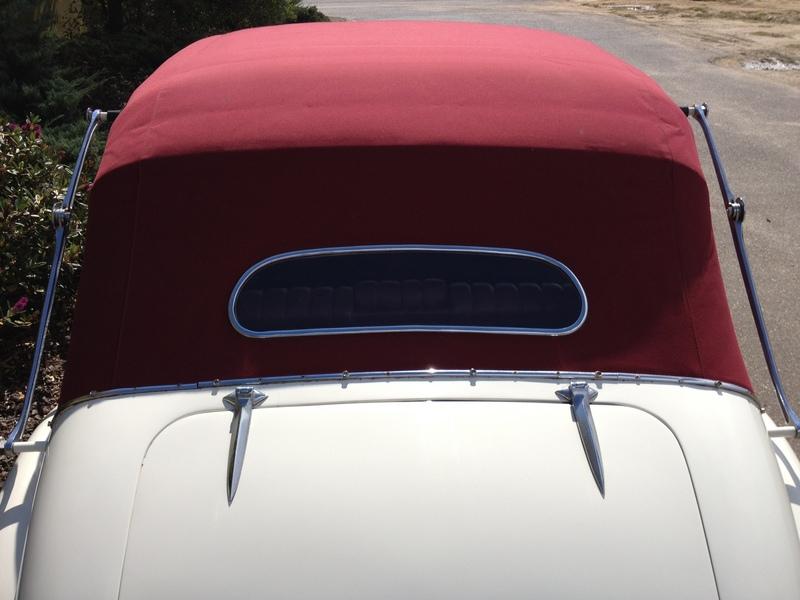 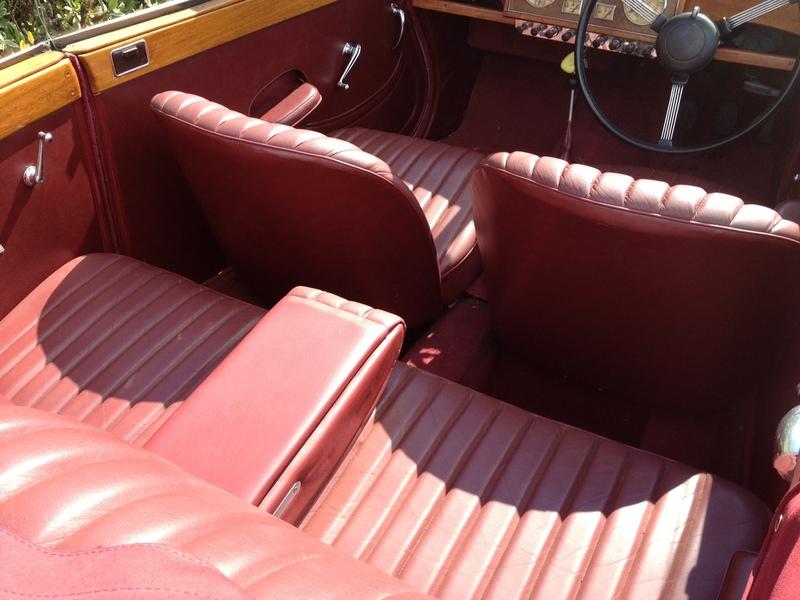 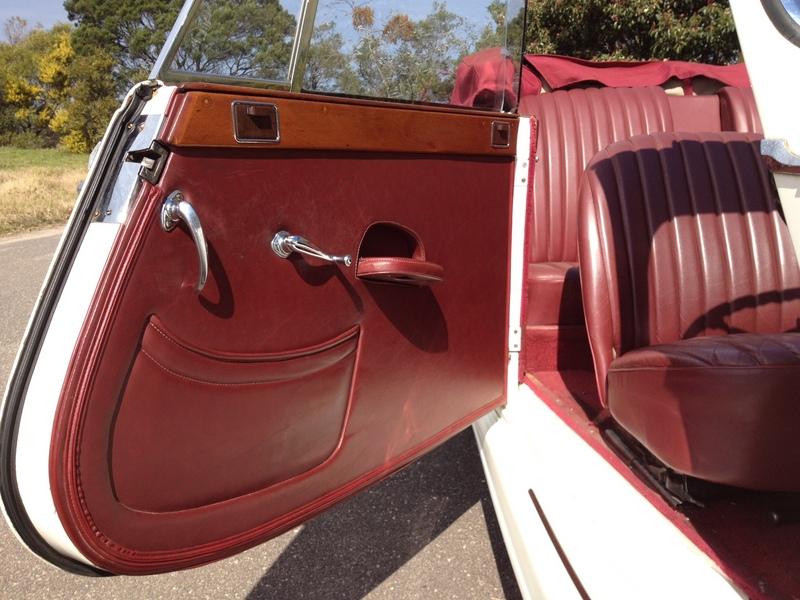 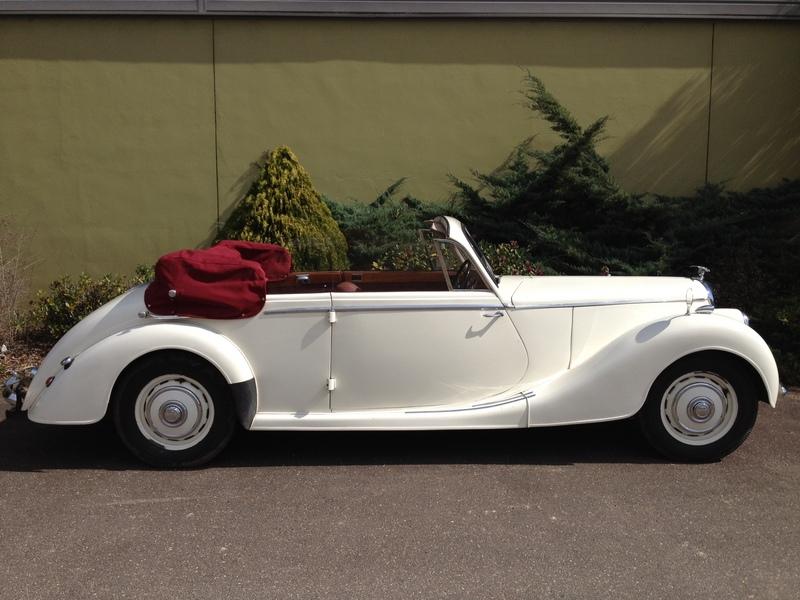 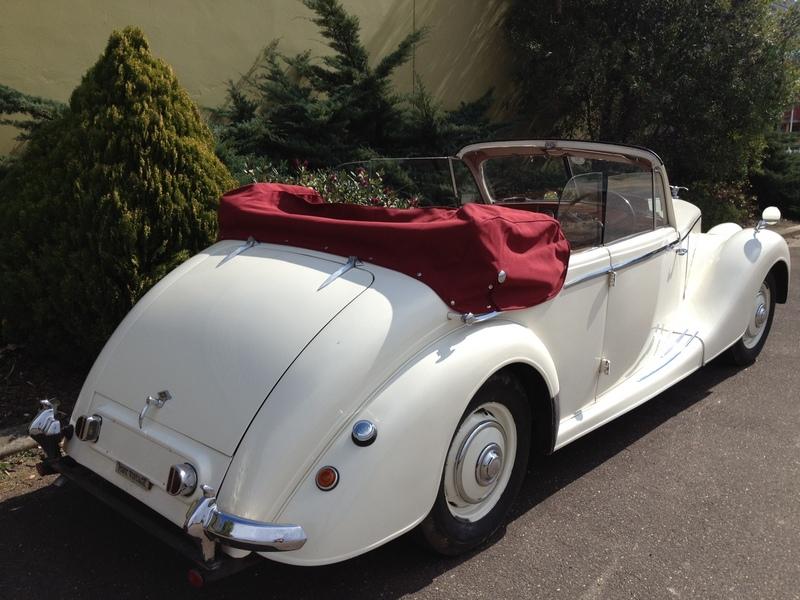 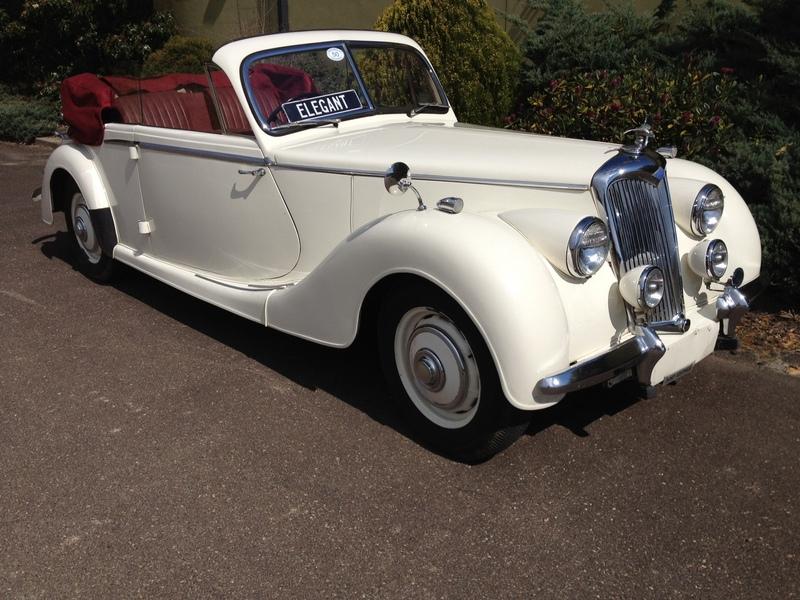