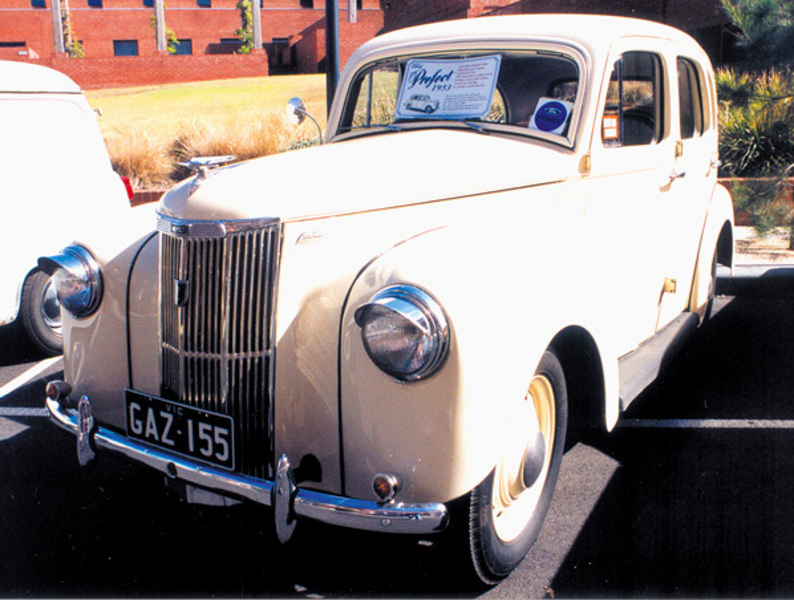 The original Ford Prefect - the E93A - was introduced in to Australia in March 1939. It was a 10hp vehicle available in saloon, coupe, sports touring and deluxe touring models. In 1940 the Prefect was priced at £286 for the Fordor saloon and _262 for the coupe and tourer.

The Prefect was updated to an E03A series and released in April 1940.

It was Australia's lowest priced 10hp car, and while the lineup remained unchanged the utility was dropped.

Post war the Prefect gained some minor electrical changes, and the parent company celebrated the one millionth Prefect built in 1946.

The Australian assembled Prefect was designated the A53A in 1946. Two years later the Australian Prefect received a new grille, with the Prefect badge located over the grille on the bonnet edge instead of on the grille. Body styles saw the roadster, coupe and tourers dropped, with just saloon and commercials available. In 1949 the Prefect was available with either English assembled, or Australian body, with the English models distinguished by their smooth rear treatment and the fabric centred roof. This was known as the A493A model. The Prefect remained unchanged for 2 years. However in 1953 the Prefect was redesigned and used unitary construction and coil independent front suspension, superseding the former leaf springs. Known as the 100E it remained in production until 1959. To distinguish its two similar models, the Anglia was available as a two-door and the Prefect only in four-door. Its engine was still rated at 10hp although the old 1172cc engine was retained.

Identification: Distinguished by vertical bars on the radiator grille and four doors. 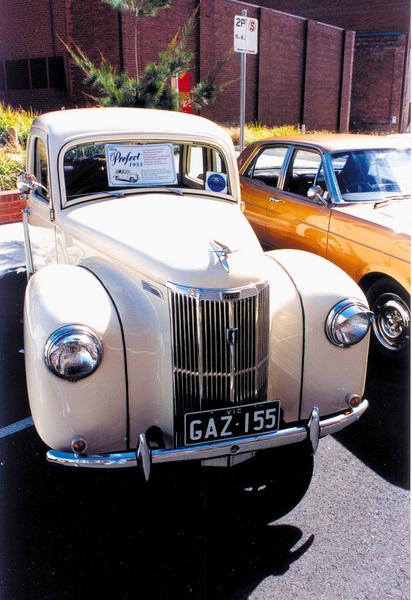 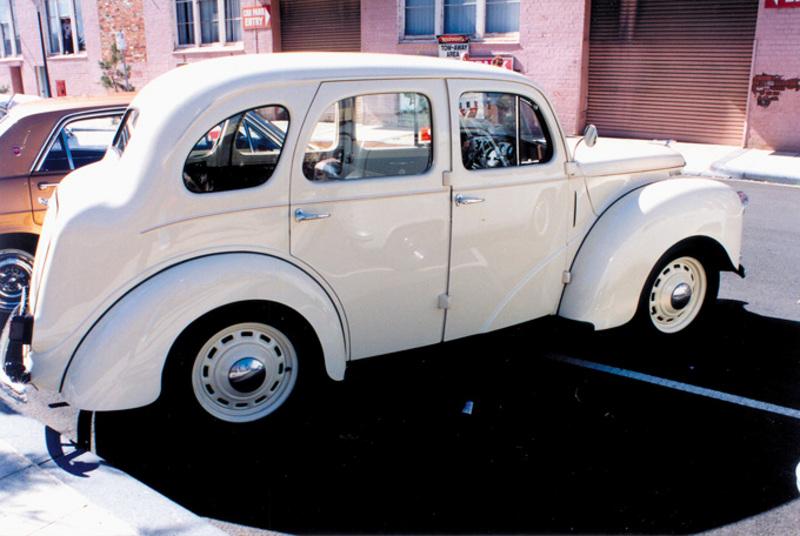 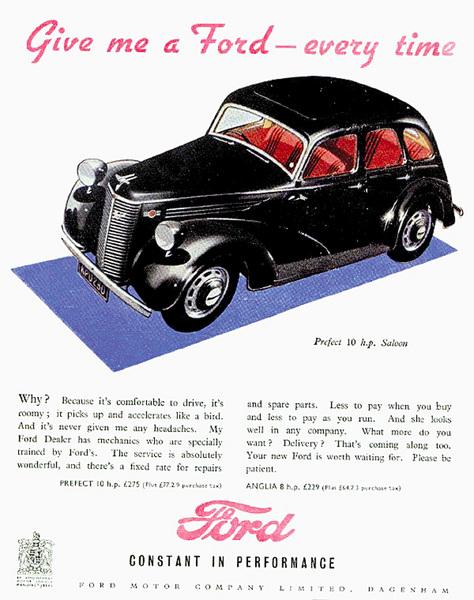