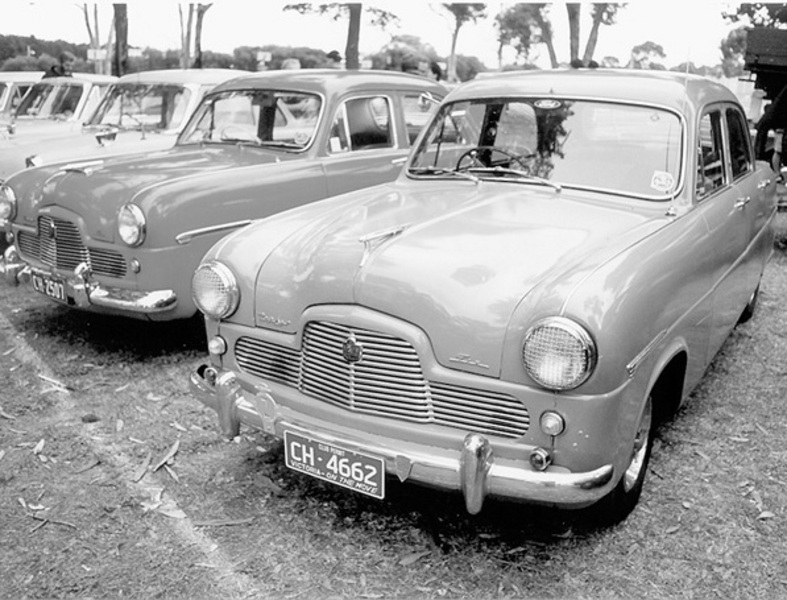 The Ford Zephyr was a much loved car in the United Kingdom. Following WWII Ford Australia looked to its British affiliate to source vehicles for assembly in Australia. The Ford Prefect was popular in the thirties and it wasn't until 1946 that locally assembled A53A models rolled off production lines.

Post war also saw the British Anglia sold here and this was boosted with the introduction of the larger 4-cylinder Ford Consul model in 1951. Notwithstanding, Ford market share was going backwards in the wake of the introduction of the first locally built Holdens. Come 1952 Ford held 15.5% of the market, while Holden had 15.4%. Ford introduced the Australian V8 in 1952 and celebrated 50 years of auto making in July 1953 with the Anniversary Customline. By 1955 Ford realised that it desperately needed a locally built car to compete with Holden, which was now easily outstripping Ford in sales. Ford was still assembling the Anglia, Prefect, Consul and Zephyr, but knew to survive had to find a product it could manufacture.

The Zephyr was the logical choice selling quite well against the Holden, despite being 150 pounds dearer. Ford's market share slipped below 10 percent in 1954 when Holden launched the FJ. Ford Australia was given the go ahead to build the Zephyr in Australia. Ford was now assembling 12 different models of passenger and commercial vehicles in Geelong, Homebush, Eagle Farm and Fremantle as well as building the first local V8.

By 1955-56 Ford had approval to invest in a new plant to build the Zephyr having already invested heavily on tooling for the new Mark 2 Zephyr and Consul. In February 1957 Ford formally presented its plan to manufacture the Zephyr locally to the Federal government, to reach full production in 1961. While a new plant was secured at Campbellfield, it is history that the Ford car to challenge Holden was not the Zephyr, but the Falcon.

The first of the Zephyr range was the Zephyr Six or Mark I, and it was basically a lengthened version of the Consul. It produced 51kW of power and had a coil suspension at the front and live axle with half elliptics at the rear. It could reach 130 km/h. It was available as a 4-door sedan or 2-door convertible. The Zephyr Zodiac was an upmarket version of the Zephyr and boasted two-tone paint, leather trim, heater, windscreen washers, whitewall tyres and spotlights.

Despite Ford switching to the Falcon, it commenced assembly of the Zephyr at Broadmeadows in 1959. The Zephyr Mark II was restyled in 1956 with a 6 cylinder engine, increased wheelbase and increased top speed of 142 km/h. It came with a 3-speed transmission and in 1959 Australian customers were treated to a Borg Warner DG automatic transmission. It was also offered as a utility and station wagon. The Zephyr was a more advanced vehicle than the Holden and introduced MacPherson strut suspension, modern hydraulic brakes and even a one piece windscreen.

The final Zephyrs were sold in Australia in 1966 and were classy models that could easily have challenged the dominance of Holden if given the green light over the Falcon. 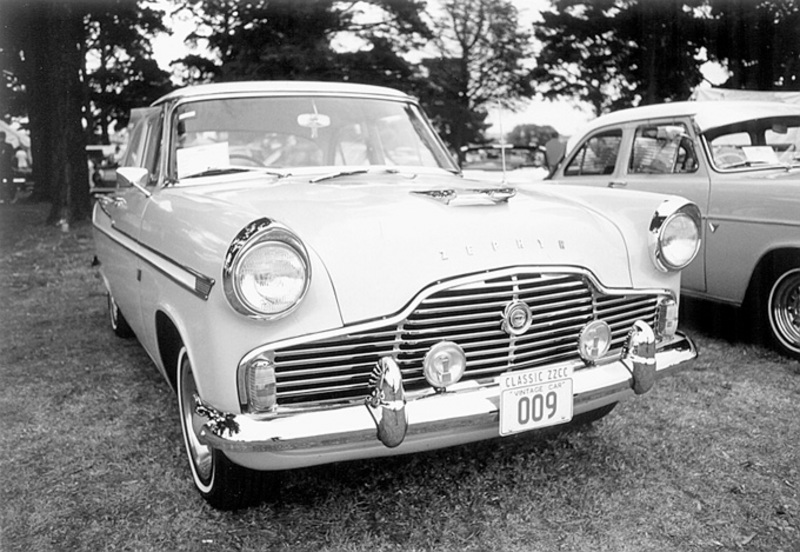 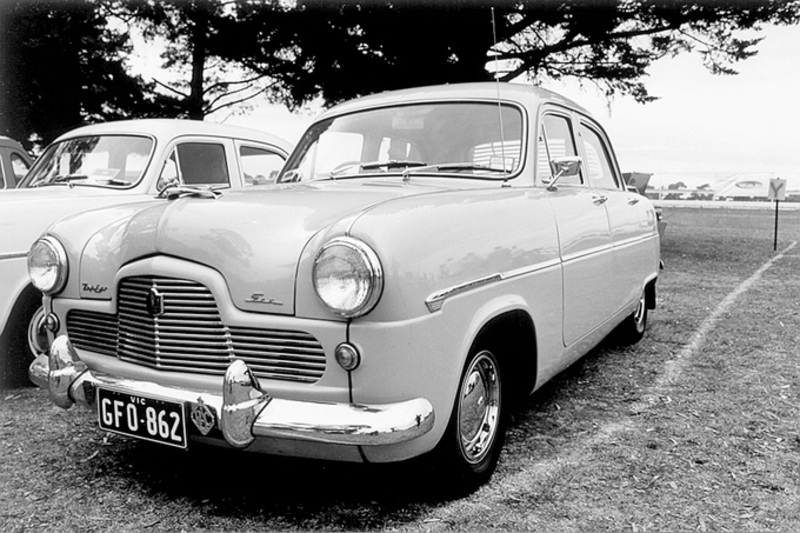