The much maligned black 1955 Morris Minor Tourer Series II that Arthur Beare (aka actor Garrry McDonald) drove in the popular ABC television comedy series 'Mother and Son' will be auctioned with no reserve price by Shannons during its Sydney Summer Auction on February 18.

In the series, which rated highly for more than a decade from 1984-1994, 'Arthur' lived with his elderly, scheming mother 'Maggie' (played by the late Ruth Cracknell), with his efforts to establish outside romantic or work relationships continually sabotaged by her.
The Australian Broadcasting Corporation purchased the Mk II Morris Minor Tourer (convertible) specifically for the TV series, in which it played an on-going tragic role as Arthur's car, constantly breaking down and further thwarting his attempts to bring dates back to the family home.
Following the completion of the series, the ABC placed the car in underground storage for a number of years before deciding to sell it through Shannons.
Morris Minor Tourers are relatively rare in Australia, with all examples fully imported, adding to their collectable value. According to Shannons, the 'Mother and Son' car remains in generally good condition, with very good paint and bodywork and a tidy interior.
It is fitted with a later (948cc) 1958 Morris Minor 1000 engine, but because of the time it spent in storage, some work on hoses and rubber seals may be required to make it more reliable than when Arthur last drove it!
Of particular interest to Mother and Son fans is that the Morris Minor is being offered for sale with no reserve price, with Shannons estimating that it will sell in the $7,000 - $12,000 range. 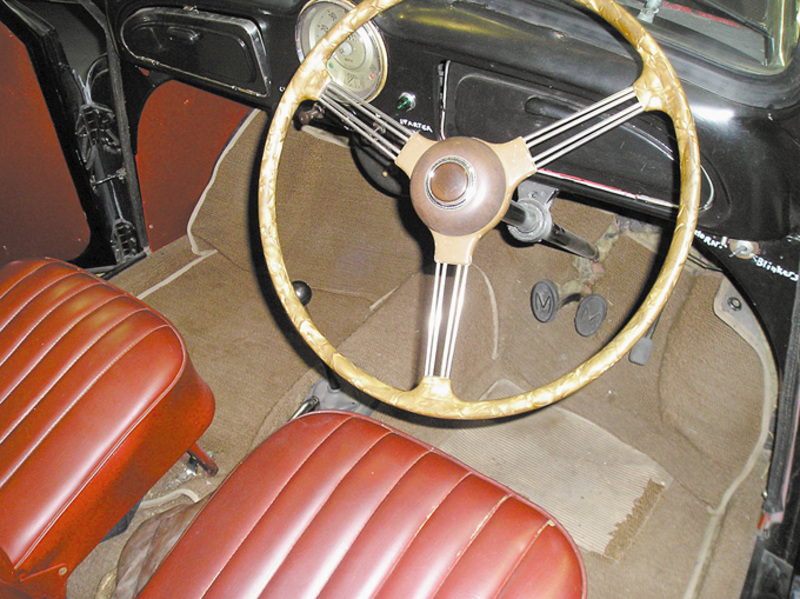