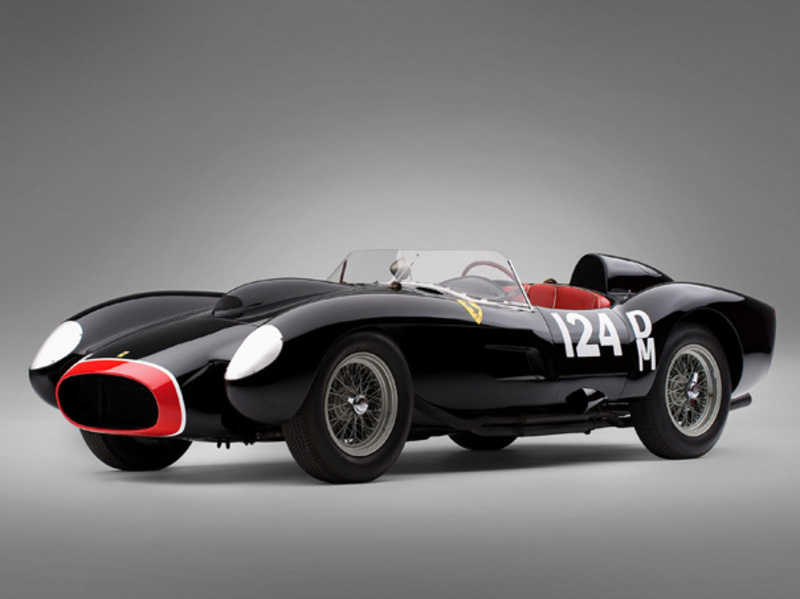 This 1957 Ferrari 250 TR is expected to break the current world record for the most expensive vintage motor car ever to be sold at auction, achieved by RM Auctions, in association with Sotheby's, for a 1961 Ferrari 250 GT SWB California Spyder (s/n 2377GT) which sold for USA$10,894,400 at last year's Ferrari Leggenda e Passion.

Held during the final stretch of the famous Mille Miglia retrospective, the exclusive annual Ferrari Leggenda e Passione which is organised by RM Auctions and Sotheby's, will present an unprecedented collection of historic Ferraris for auction.

Considered one of the most alluring, competitive and iconic of all Ferrari racing cars, the beautiful and immediately recognisable Scaglietti designed, 'pontoon-fender' 250 TR was produced from 1957 to 1958 during which only 22 were constructed. The Ferrari 250 TRs entered 19 international championship races from 1958 through 1961 emerging with 10 victories and earning them legendary status among discerning collectors, as well as the honor of being one of the most desirable and competitive racing Ferraris ever built.
"This legendary 250 TR is one of the most exciting motor cars ever to be presented in auction history," said Max Girardo, Managing Director of RM Europe. "The Ferrari Leggenda e Passione event, now in its third year, is firmly established as the place to sell important road and race going Ferraris, and we are delighted to present this stunning 250 TR at its Maranello birthplace."

Chassis number 0714TR was extensively campaigned in its day with significant finishes at the world's most important racing events and is now being offered at auction for the first time. The car is resplendent in its period race correct black livery and red nose.

In December 1957, this car was delivered to its first owner, racing driver and future coachbuilder, Piero Drogo in Modena, Italy. Drogo debuted the car as a privateer in the celebrated 1000 km Buenos Aires in January 1958 with a respectable fourth place finish competing with such legendary drivers as Phil Hill, Peter Collins, Wolfgang von Trips and Olivier Gendebien. Following entries in the Grand Prix of Cuba and Portugal, the car was sold by American Ferrari agent Luigi Chinetti to Texas rancher and entrepreneur Alan Connell whose competitive driving skills and affluence afforded him several wins on the 1959 North American racing powerplant circuit. 0714TR continued its prowess on the track with subsequent owners and competed in its last professional race in June 1963 at the Elkhart Lake 500.

The Ferrari 250 TR has become an enduring and exceedingly valuable classic whose soaring lines and sculptural elegance give it a sense of speed even when standing still. The legendary s/n 0714TR is by far the most campaigned of the 250TR cliente series cars with a fascinating ownership and racing history, establishing its rarified place in the collector world as one of the most beautiful and valuable Ferraris ever offered in auction history. 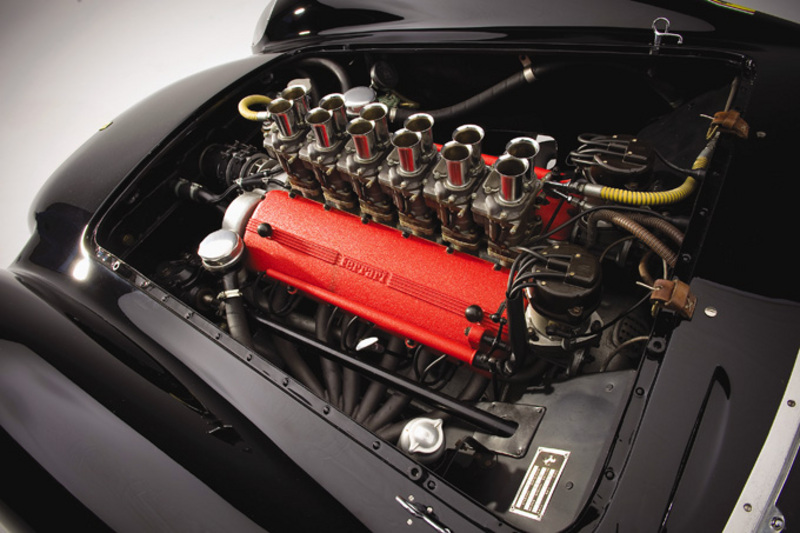