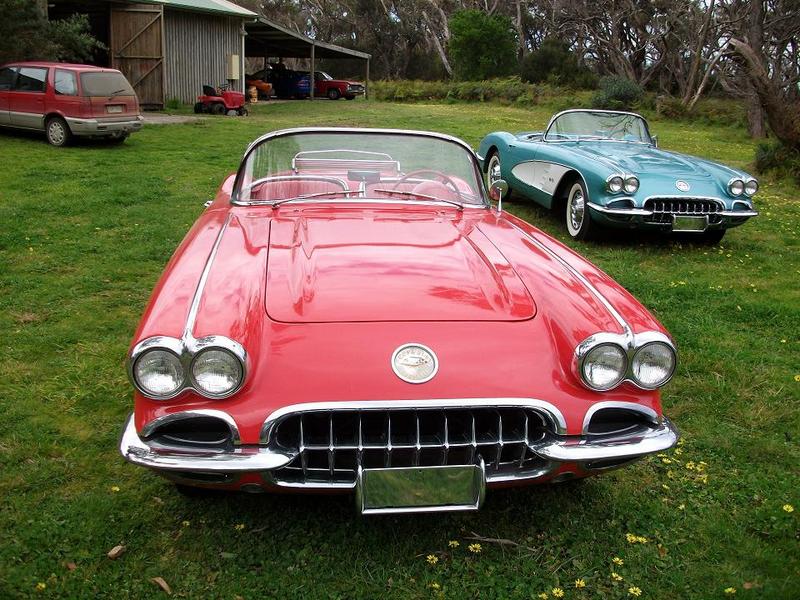 With its light weight fibreglass body and potent induction options, including fuel injection, for the 283ci V8 engine, the Corvette certainly had the pace to match its fast looks. If the Corvette's development and engineering team had their way, the 1960 'Vette would have been very different from the model that was actually produced. In late 1956, 'Chevrolet Engineering', headed by Zora Arkus-Duntov, started work on Project XP-84, codenamed "Q". The Q Corvette was envisaged as a coupe only, with a convertible only added late in the program. The Q Corvette was developed with a fuel-injected V8 engine in mind and, more interestingly, a rear transaxle with inboard-mounted brakes. The theory behind this was two-fold. Moving the transmission to the rear would improve weight distribution, while also freeing up cockpit space for the driver and passenger. The project got as far as a full-size clay model and some advanced mechanical specs, but a combination of factors, both within Chevrolet, and in the general auto marketplace, meant the project was dropped in early 1958. If it had gone ahead, the Q Corvette would have represented a new direction for Chevy's sports car.

The styling ideas posited by the Q car would first appear, in part, on the 1961 models, before coming to fruition with the "Stingray" Corvette of 1963. Starved of development money, at least for the time, the Corvette soldiered on largely unchanged from 1958 to 1960. Even with increases in sales, the Corvette was, at best, only a break-even proposition for Chevrolet, but it did bring a lot of people into Chevy dealerships, and that value couldn't be measured. Despite a steel strike that shut down assembly for a month, 1960 was the best Corvette production year to that time, with over 10,000 built. The 1960 design was arguably cleaner than the 1957-58 models, but the differences between a 1959 and 1960 Corvette are minimal, to say the least. There were a number of mechanical changes, though. An aluminium clutch housing for manual transmission-equipped models reduced weight, while aluminium alloy heads for the 283ci V8 would have further reduced weight - if they had gone into production.

While casting alloy rocker covers was trouble-free, achieving the same with alloy heads back then proved too difficult, the heads warping when overheated. As such, all production Corvettes were fitted with regular cast iron heads, but using the same improved intake and exhaust manifolding as the abandoned alloy versions. An aluminium radiator did make it into production, but was only offered with the high horsepower versions of the V8. In 1960, that meant the fuel injected engines and high lift cam carburetted engines. If the engine produced 270hp or more, the lighter radiator was fitted. Similarly, ordering a 1960 Corvette with fuel injection meant that the Powerglide auto couldn't be optioned to match it. Changes to the cylinder head, compression ratio and camshaft meant the fuel-injected engines produced more torque for 1960, too much for the Powerglide to handle. The 3-speed manual was the base transmission option for 1960, but more than half the units sold for that year were optioned up with a 4-speed manual. Reflecting the emerging status of the Corvette as a cruiser rather than a bare-bones sports racer, the heavy duty suspension option was deleted for 1960, but a new rear anti-roll bar and thicker front bar were fitted as standard.

This improved ride and made for more neutral handling, although the Corvette still had a tendency to oversteer. Externally, the 1960 models are almost indistinguishable from the 1959s. The only exterior changes were a slightly modified shape to the removable hardtop and a shuffling of the available colour options. The same seven basic colours were offered, although some had new names (such as Sateen Silver instead of Inca Silver) and variations in tint. Contrasting paint on the side coves was a factory option. While popular now, this wasn't widely adopted when new, with only around 35 percent of 1960 buyers choosing the option. Generally, the paint-outs for the side coves were in white, with silver applied to 'Ermine White' and 'Tuxedo Black' models. Inside, modified seat patterns and pointed tips on the needles of the small gauges were the only interior changes from the 1959 models. The dash layout remained the same, one of the most stylish of the era and one that still impresses today. The large semi-circular speedo sat atop a central tacho, with fuel, temperature, volt and oil gauges arranged symmetrically on each side. Below those, the light, wiper, ignition and lighter switches were arranged in similarly symmetrical order.

If selected, the optional AM 'Wonderbar' radio sat at the top of the central console, which also allowed for fitment of controls for the optional heater. A clock sat at the bottom of the console. Interestingly, the Corvette was one of the first Chevrolets to feature seatbelts as standard equipment. Optional in the first few years of the Corvettes life, lap seat belts had become standard equipment in 1959. The lack of difference between the 1958 to 1960 Corvettes seems to have little effect on their popularity today. Retrospectively labelled as the 'C1' (ie. first generation Corvette), the 1953 to 1962 models are desirable machines today, but nowhere near as prodigious as the C2 (1963-67) and C3 (1968-82) machines that followed. If you can find one, they make for a great, fun Summer cruiser, as well as a good investment.


TRIVIA
In 1960, a quartet of Corvettes were entered in the Le Mans 24 Hour Race. Three were entered by Briggs Cunningham, the fourth by Lloyd Casner's Camoradi (CAsner MOtor RAcing DIvision) USA team. The cars benefited from modifications done after wind tunnel testing conducted by Chevrolet and boasted driving talent of the likes of Cunningham, Dick Thompson and John Fitch. While two of the Corvettes crashed or DNF'd, the other two finished inside the top ten, a good result for cars that were in close to stock condition. 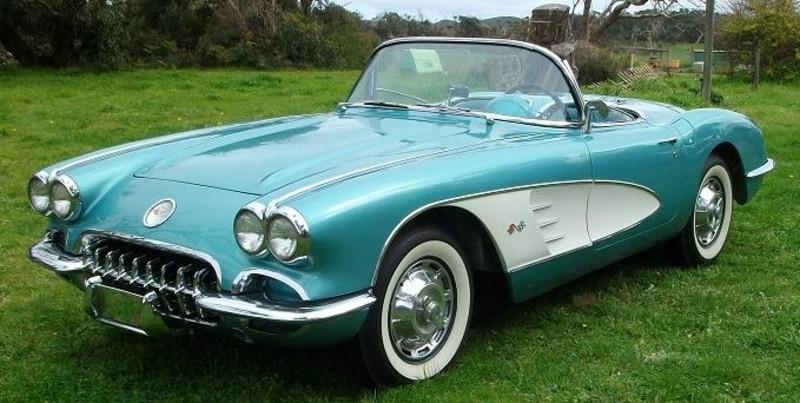