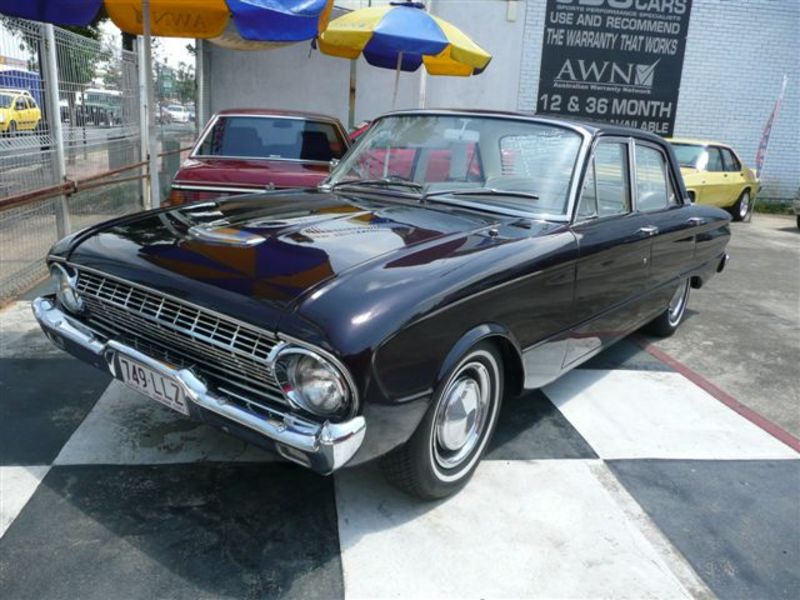 And no, that doesn't mean I threw on a dress, blond wig and started randomly breaking into bear's houses and eating porridge. Not that there's anything wrong with that!

By Goldilocks, I meant what is 'too much', what is 'not enough' and what is 'just right'? When it comes to car customization, the only limit - apart from your wallet - is your imagination, and the issue of when a car has been customized too much or not enough is a matter of personal taste. What also needs to be considered is where and how the car is going to be used. A ground-scraping lowrider with airbrush murals, swivel velour bucket seats and a welded chain for a steering wheel might look awesome, but is probably an almighty pain in the arse to drive every day. The flip side of that is that a set of aftermarket rims and a couple of stick on 'bling' bits may look like you're not really having a go!

Looking at this '62 model XL Ford Falcon, I reckon it tends to straddle the middle ground insofar is it has had a fair degree of custom modifications, but nothing that compromises its ability to be driven comfortably and economically every day.
The first thing we noticed when viewing this car was the paint. To the uninitiated, it all looks fairly 'factory', but you won't find this shade on any Ford Australia paint chips! Vendors, JBC Cars, describe it as 'Coke' mica, and the deep, dark colour certainly has that tinge to it, but in the right light, the almost black paint takes on a purple hue, which is picked up on the piping of the interior.

The suspension has been lowered, but not dramatically. The chrome is in very good nick all round and the genuine whitewall tyres are a nice touch, too. The interior has been subject to more time and attention - and is a lot more 'custom' - than the exterior. White vinyl, with the aforementioned purple piping, abounds front and rear, and is picked up on the door cards, too, while the rear venetian blind adds a suitablly retro touch.

The column-mounted transmission has been replaced with a floor-mounted t-bar auto with custom shifter. The modified dash - in the same colour as the exterior - features a bright chrome panel around the aftermarket gauges and a custom steering wheel. Note also that the XL's strip-style speedometer has been replaced with a dial speedo. Add custom 'flamed' and drilled pedals, black carpets, custom window winder and door handles, and a modern CD sound system and you've got a pretty attractive package.
Under the bonnet, more grunt has been added with a 121hp 200ci 'Super Pursuit' six in place of the 144 or 170ci 'Pursuit' six the XL would have been equipped with originally. Speedo shows only a little over 1,800 miles have been covered since the resto. The very clean condition of the engine bay reflects this. We're told the original owner started out with a basic, rust-free XL body, stripped it back to bare metal and, bit by bit, created the car you see here.

Overall, I think it presents quite well and has a Goldilocks 'just right' combination of visual appeal and practicality for regular cruising. About the only things I'd be tempted to add would be some subtle pinstriping on the bonnet and boot, and maybe a sunvisor and some rear wheel spats, too.

What, Where, When & How Much:
Model: Ford Falcon XL Year: 1962 Dealer: JBC Cars 399 Gympie Road Strathpine, QLD, 4500 Ph: (07) 3205 2366 www.jbccars.com.au Price: $11,995 drive away 0-100 kph: Around 13 seconds Best point: All the work's done Worst point: Do you like purple? Recommendation: Neat classic with a touch of 'custom'. Trivia: Before there was Bathurst, there was Phillip Island and an XL Falcon, driven by Bob Jane and Harry Firth, won the final 'Armstrong 500' enduro held at the Island in 1962. Falcons also finished third and fourth. Firth and Jane backed up again with victory - in a Cortina GT this time - at the first Bathurst enduro a year later. 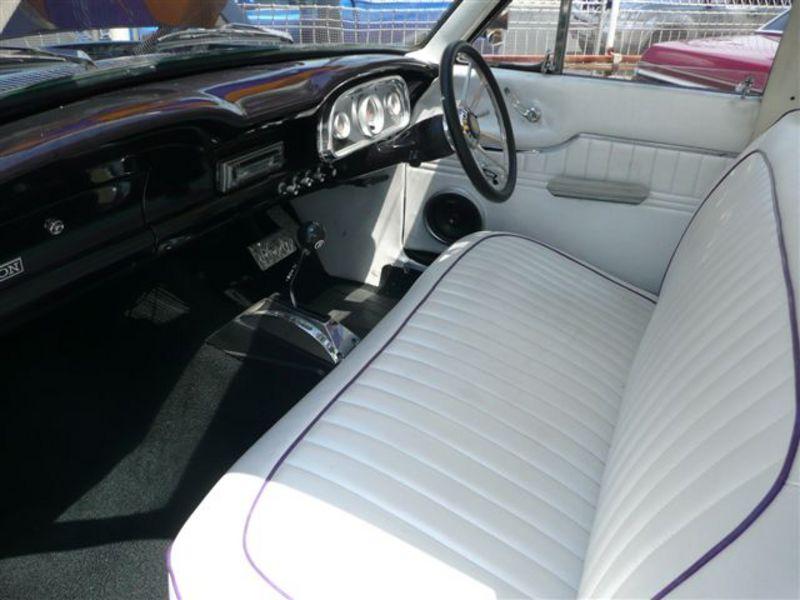 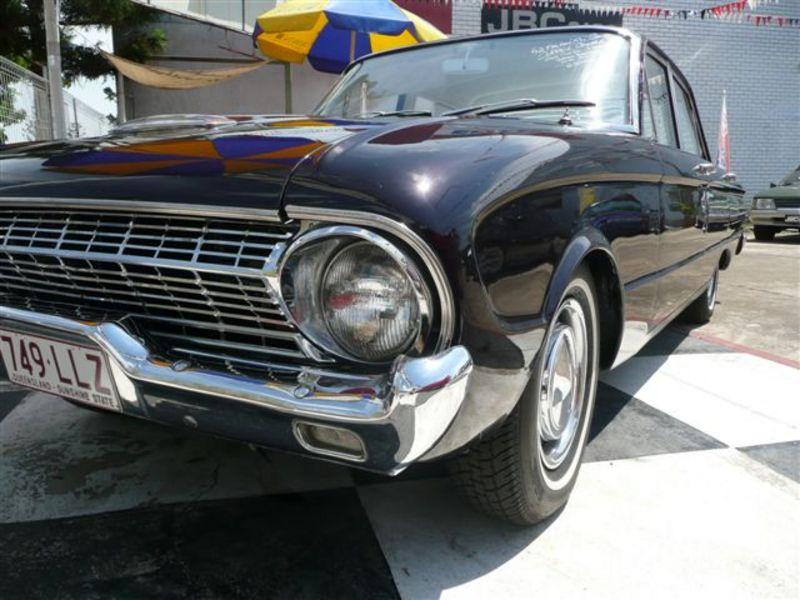 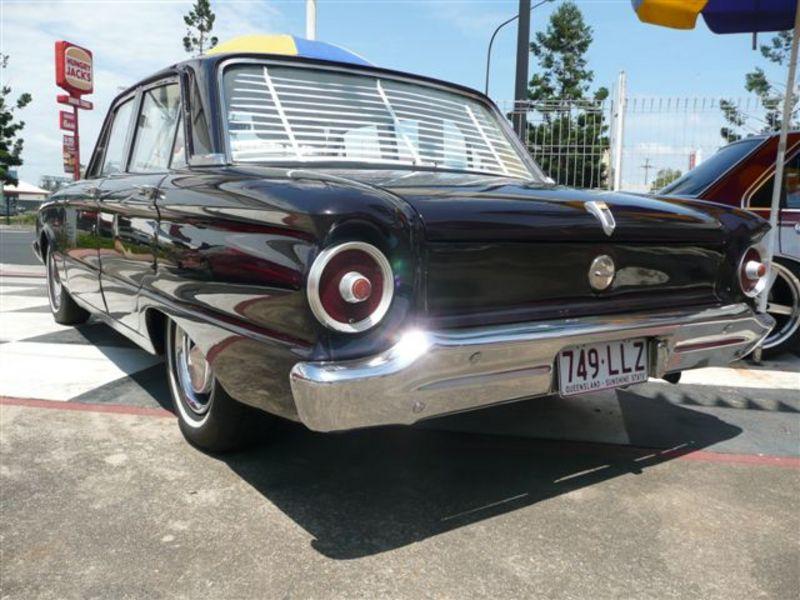 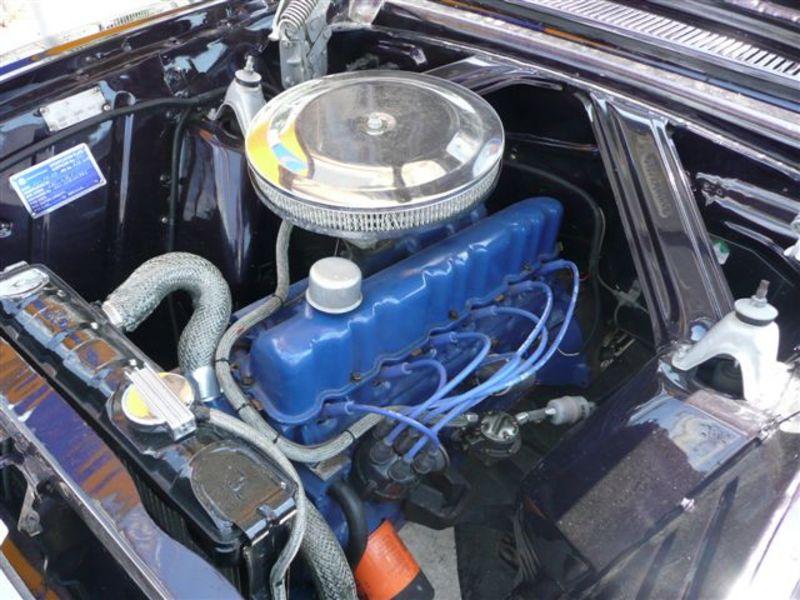