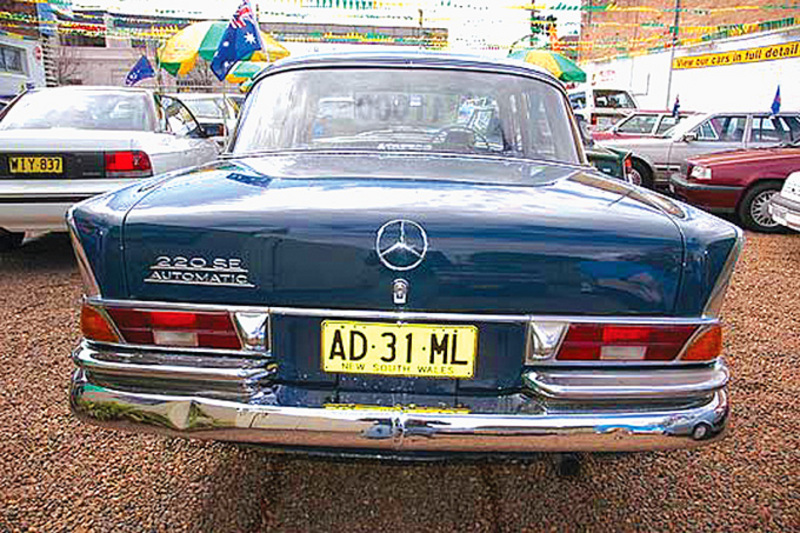 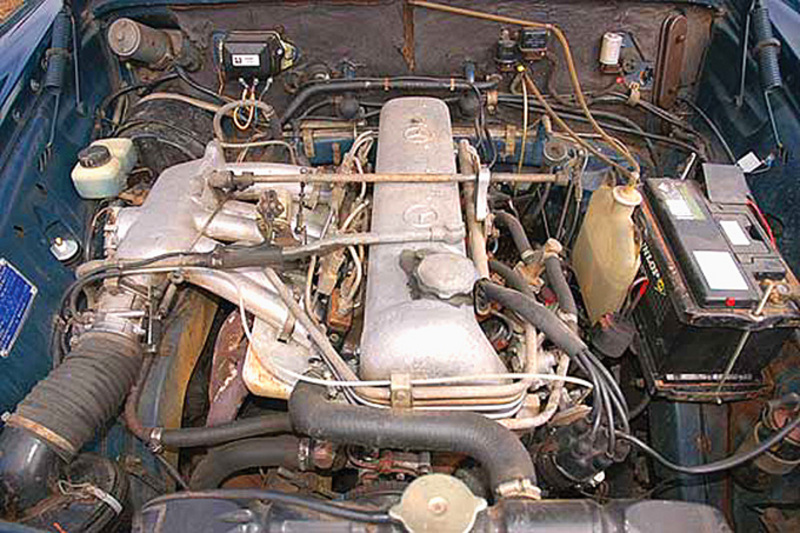 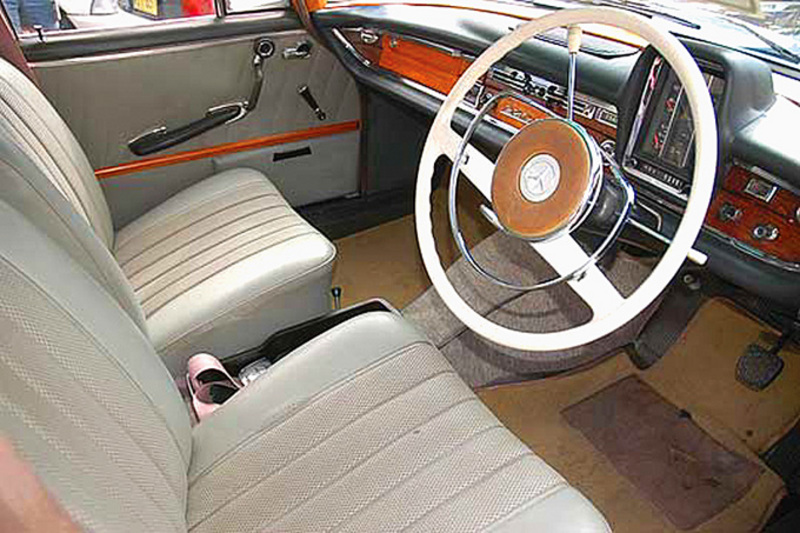 "Heckflosse", you might say, but probably only if you're German. More likely the heck becomes "tail" and flosse "fin". Tailfin.

That's what the 59-65 mid-series Mercs are known as. Not to Mercedes of course - that simply wouldn't do. They call them the W111. Not nearly so much fun as Heckflosse, though!
In case you hadn't noticed, American cars of this era had tailfins - boy, did they have tailfins!! Now the story goes that the Mercedes fins came about because the design brief called for a "hint" of Italian styling. Pininfarina was the king of style at the time and his Fiat 1800/2100 with its mini tailfins was seen as the way of the future. Our bet is that Mercedes were having a bob each way - tailfin á la Italia or tailfin á la USA. Easy decision - let's have tailfins.
But that's only part of the design. The front is unmissable with a whopping Mercedes grille and vertical headlights. To its huge credit, the 'Finnie' is a real ground breaker in occupant safety, too. This was one of the first cars to address issues such as crumple zones and roll over protection - for its time this was a very safe motor car to travel in.
It also covered a wide product range - everything from the 190D "taxi" version, to the long wheel base 300 series with its air spring suspension. The 220 model sits roughly in the middle of this range.
Engine wise, the 220 represents 2.2 litres of inline 6 cylinder pulling power. If you had a base 220, this gave 98 bhp; go to the 220S and get 110 bhp; whilst the top of the line 220SE came with 120 bhp. Hardly neck-snapping figures, but for a heavy-ish sedan, the 220 SE was good for a top speed of around 170 kph on the autobahn, after a sedate sprint up to 100 kph in around 14 seconds. So it's not your racer, but wouldn't you know it - Mercedes did! More commonly, they raced & rallied the larger 170 bhp 300 series, but the 220s were actually quite a competitive thing in their day against the likes of 3.4 Jags or even a Lotus Cortina. Never judge a book by its cover, eh?!
But, as Benny Hill would have said, these were a car for 'Mutter' and 'Farter'. Comfortable, safe, good value retention, and a bit of prestige thrown in for good measure.
The 220SE at Futura Motors is a really nice thing - very, very original. No radio/CD installed to spoil the dash. No air con to drain engine power. It has not had a concours re-build, but just seems to have been nicely maintained over its 40 year life.
The duco is Mercedes blue and the trim's in beige cloth. Leather and MB-Tex were options, but this car didn't get either. The leather would have been OK, but we prefer cloth to the MB-Tex, aka vinyl. The original owner did play the options game a bit though, as the ivory steering wheel was an extra cost item, which adds to the period feel of our feature car. The owner also opted for the 4 speed column auto transmission, which makes for a very pleasant drive. The gear indicator shows 4-3-2 only. Select 3 or 4 at rest and the car starts in second and moves up as necessary. Select 2 and it starts in 1 - clear as a Messerschmitt's gun site.
The dash is also going to raise comment with your drinking mates. The speedo is vertical! Not only that, it changes colour! Ah well - it probably seemed a good idea at the time. To be fair, the instrument cluster is a veritable font of information. In the one square box you get all the gauges and warning lights you could possibly want, including things like low fuel and a handbrake warning light.
Driving is as easy as you would imagine. Release the umbrella handbrake, select 'gear' and off you go. Sedate. . . . stately almost. There is no power steering, but this is hardly missed (drove a new BMW the other day with variable ratio assistance, etc., etc. and I'd take the 40-year old Mercedes steering anyday).
Late model 220SEs came with disc brakes, so the stopping is fine. The seats are typically firm Mercedes, which means that even long journeys will be back-pain free. Ride comfort is excellent and visibilty is better than most cars of today - just the thing for a leisurely drive.
For alternatives you might look at a 3.4 Jag, but you will struggle to find something of equivalent quality at a reasonable price. This is well worth a look if you are in the market for a nice Sixties classic that won't cost the earth to either buy or run.
Trevor West