While this heavily-modified machine represents Richard's first XJ6, he's certainly no stranger to the 'leaping cat', having owned a pair of XJ12s, a 1961 MkII 3.8, and currently running a XJ300 4.0 Sport and 1966 E-Type
Think of the iconic Targa Tasmania event, and screaming Porsches, Subarus and Mitsubishi Evos with their popping turbos come to mind. What doesn't come to mind is a Jaguar XJ6 saloon. That didn't dissuade Richard Andrews from using a classic Jag as the basis for a Targa and track weapon. So, what's involved in turning a 1970 Series I XJ6 saloon from mild to wild? A lot!

While this heavily-modified machine represents Richard's first XJ6, he's certainly no stranger to the 'leaping cat', having owned a pair of XJ12s, a 1961 MkII 3.8, and currently running a XJ300 4.0 Sport and 1966 E-Type. As such, a Jaguar seemed the natural choice when Richard was in the market for a road and circuit racer to campaign in club events in Queensland.

However, competition-prepped Jaguar saloons aren't exactly thick on the ground here, or indeed anywhere, so Richard turned to the Spiteri family, who originally created this car for a purpose similar to the one Richard had in mind. Based in the Melbourne suburb of Blackburn, Vic Spiteri and his sons, Andrew and Chris, are longstanding independent Jaguar specialists, and originally built the Westminster Blue XJ6 for Victorian Jag enthusiast, Don McKay. While it was in McKay's possession, the Spiteris maintained and modified the car, continuing the work after it was sold to Bob Pethard. In addition to Targa Tasmania, Pethard campaigned the big Jag at Classic Adelaide, as well as Dutton Rallies and Jaguar Car Club events.

From there the modified XJ6 passed through the hands of John Rundell, where it was raced for a period with big 17 x 10-inch slicks, and then on to Peter Eames, under whose ownership the Spiteris made further modifications to what was already a much-altered car. Always a good handler, the addition of a Tremec gearbox made shifting stronger and more positive, while outboard brakes improved stopping, and increasing the stroke of the 4.7-litre straight six further boosted power to something in the region of 211kW, according to Andrew Spiteri.

Chris Spiteri partnered Eames in the car for a number of tilts at the Targa Tasmania Classic title from the late 1990s, including a memorable example of "people power" at the 2000 Targa, where a couple of dozen spectators manhandled the big Jag back onto the road after Eames missed a turn and parked the car in a ditch. When Eames moved on to a lightweight E-Type replica for his competition fix, the Spiteris bought the XJ6 back and raced it themselves on a number of occasions. Richard purchased the car in November 2008, soon after the Spiteris rebuilt the Jag's six-cylinder engine.

In Richard's hands, the XJ6 has been used on a number of occasions in Queensland historic motorsport events at Lakeside, Queensland Raceway and Morgan Park. It's also been a regular at G.E.A.R. (Grand Era Auto Racing) Club events in Queensland. It ought to be, as Richard is one of the club's founding members! Founded 10 years ago, G.E.A.R. has grown rapidly, now boasting 230 members in Queensland alone. As the club is for 1970 and older sport and competition cars, the XJ6 was a neat fit.

In Richard's hands, the modifications to the XJ6 have been minimal, but the laundry list of modifications to this car is one of the longest we've ever seen, so we've listed them here to give you an idea of the sheer amount of race-spec componentry that's gone into this car.


All up, the Spiteris estimate $120,000+ has been spent on this car in parts alone. Before Richard purchased it, the engine was completely rebuilt, so it's still quite fresh. While it has been set up specifically for competition work, this XJ6 is street registered and still very 'roadable'. The half roll cage, Cobra racing seats and additional race components could easily be removed if desired, making this machine perfectly usable as a regular driver, albeit a pretty quick one! With its stealthy Westminster Blue paint (which looks like black, to be honest), it would certainly make a nice 'sleeper' road machine.

While Richard has been rapt with all that this Jag has to offer on the track, he's now at an age where he can't enjoy it to its full potential. As such, he's offering it for sale, with an asking price of $35,000 ono. To discuss the car in further detail, and just how much fun it is to belt around the track, call Richard on (07) 3870 7161, or mob: 0418 886 142. For a classic rally car with a difference, this big Jag certainly is certainly worthy of closer inspection. 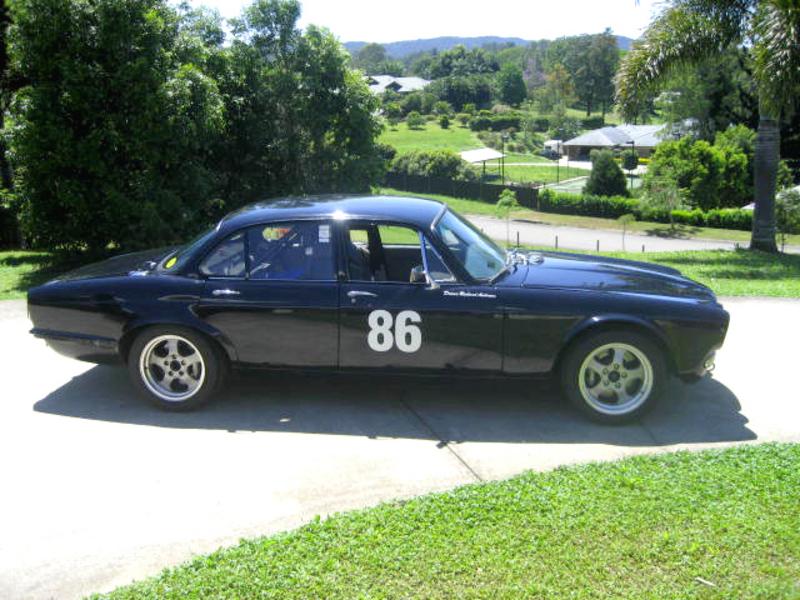 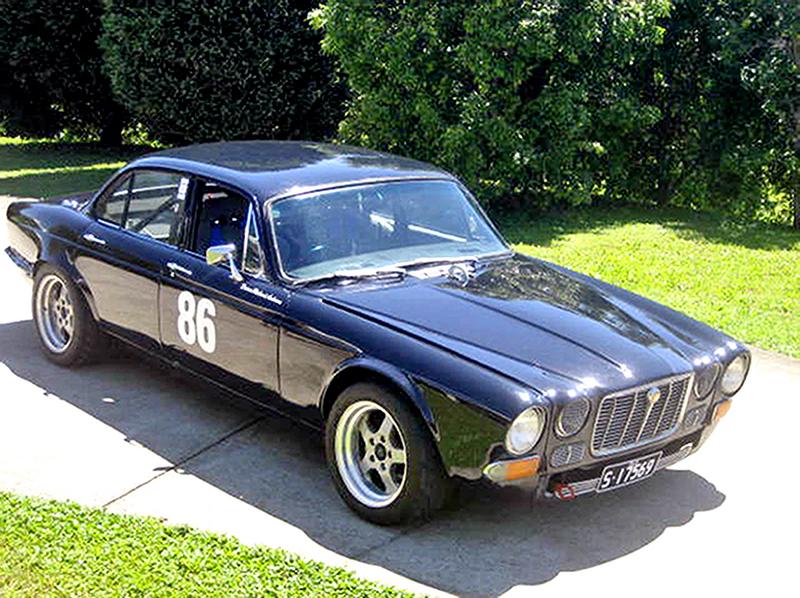 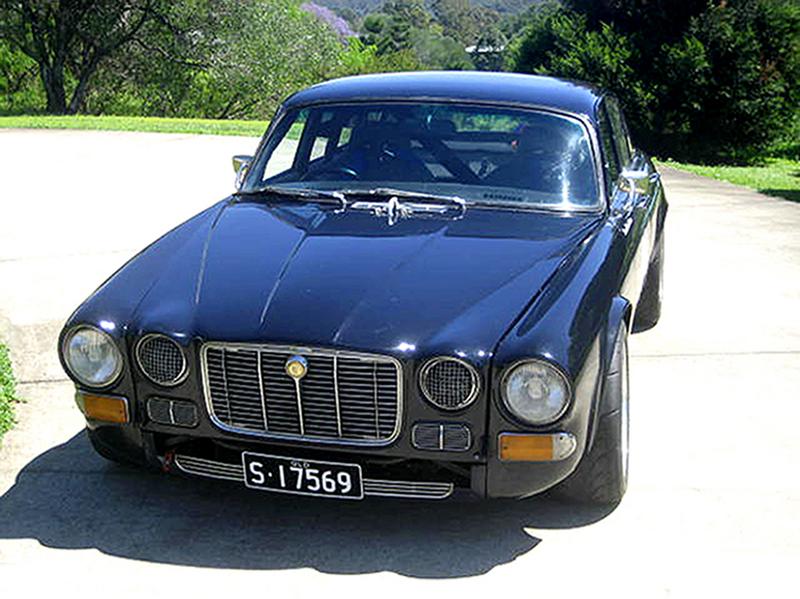 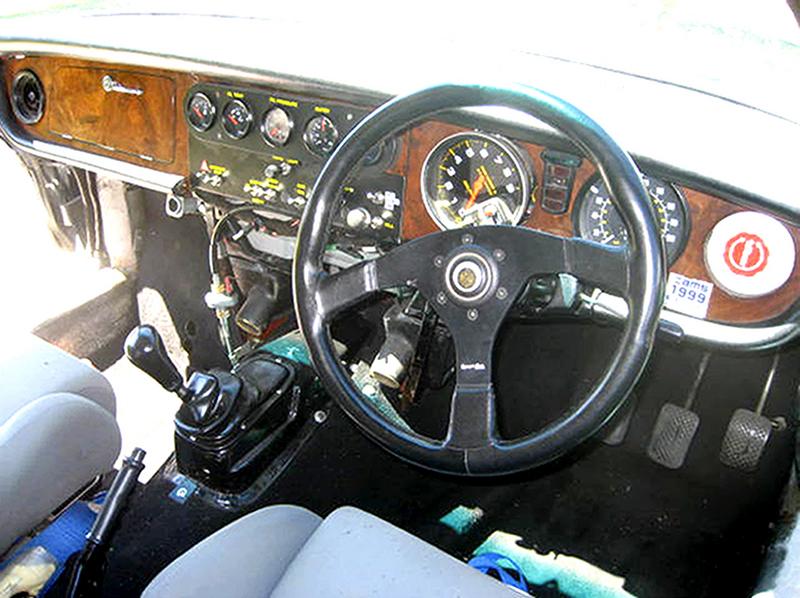 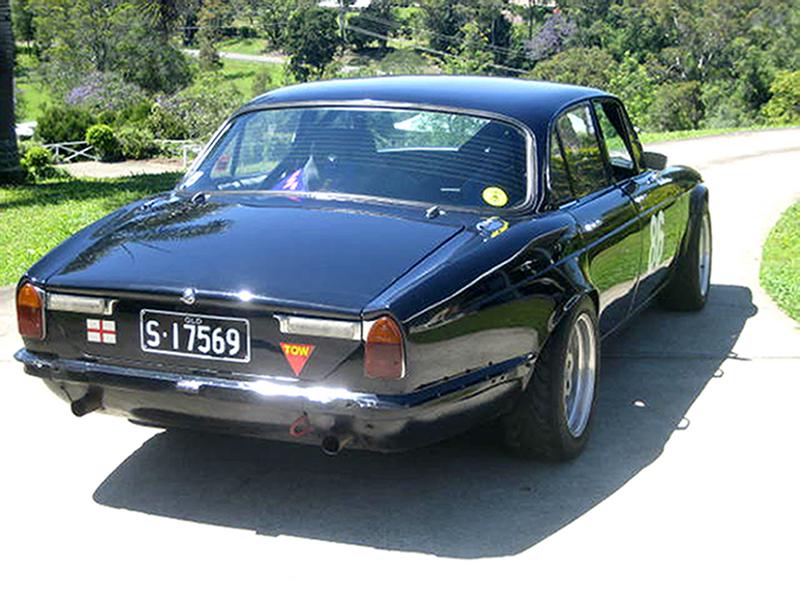 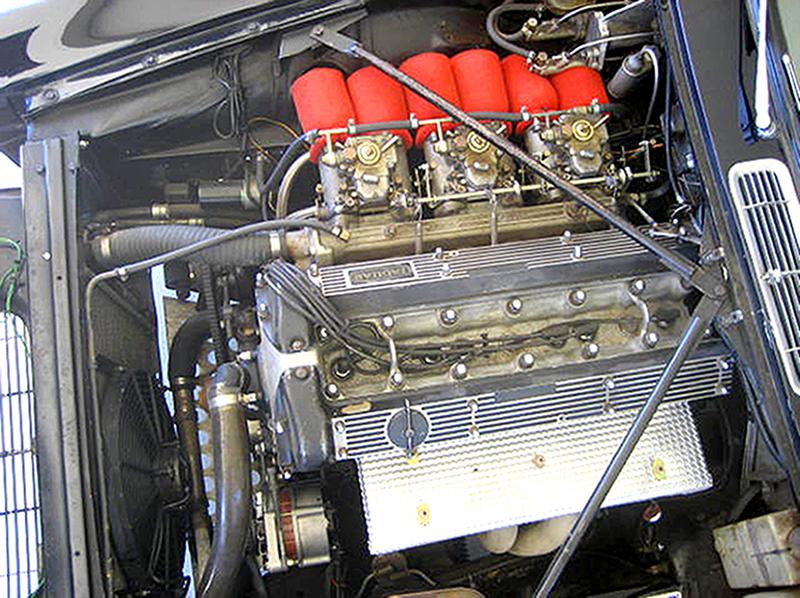