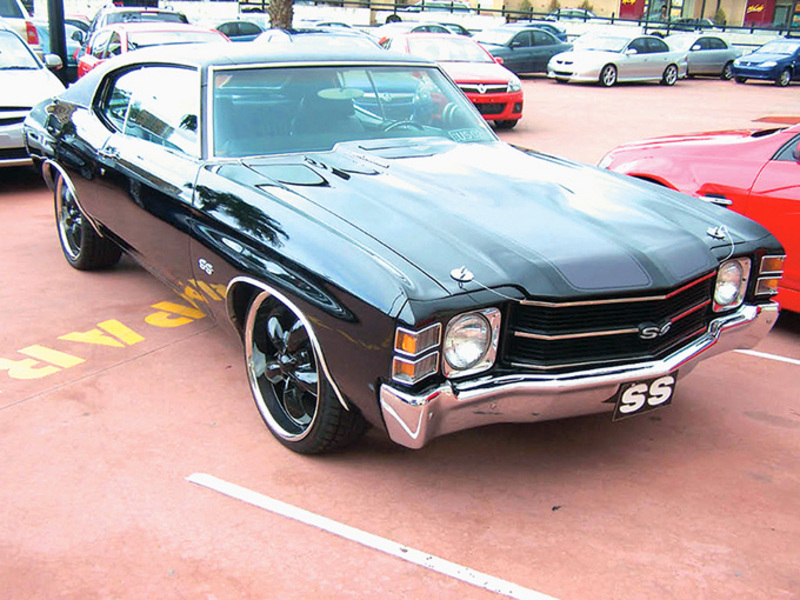 In a musclecar market where Chevelles tend to get overlooked, it's hard to ignore this particular example.
Pumped arms. Ripped legs. Abs of steel. If you've worked through the night, as I have on many an occasion, you will have no doubt endured those TV adverts extolling the virtues of the "AbBlaster 2600", "Tone 'n' Trim Deluxe", or whatever the hell the latest muscle-building, flab fighting device is called.

With the seemingly endless stream of these infomercials (now isn't that a contradiction in terms!) droning in the background as I scramble to make this month's deadline, I was suddenly inspired to create my own guaranteed way to add muscle fast that would leave the BowFlex et. al for dead!

You don't need to phone in the next 30 minutes (although that might help) and it doesn't come via Guthy Renker. This guaranteed way to add muscle comes from the trusted name of Chevrolet and is called the Chevelle SS.

I did say it's guaranteed, didn't I? Well, the Chevelle SS muscle builder works on a very simple principle. Strap yourself into the specially designed seat, grasp the steering wheel, and "hey presto" you've instantly added over 3,400 pounds of muscle to your frame. Pretty impressive, huh?

Rather than a system of weights and pulleys, the Chevelle SS works on the "right foot application" principle. By placing your right foot firmly on the correct pedal, all that muscle is instantly released via a unique combination of 350ci Chev V8 power & Edelbrock patented performance.

AbBlaster comparisons aside, our feature car is definitely an impressive muscle builder. In a musclecar market where Chevelles tend to get overlooked, it's hard to ignore this particular example. Aside from the standard Chevelle SS muscle appearance items like SS badging and 'Cowl Induction' bonnet with bonnet pins, this triple black (black vinyl roof, black duco, black interior) car has been enhanced with a set of big 20" 'Foose' style rims, also in black, that add a modern touch.

1971 marked a change in appearance for the Chevelle. The quad headlamp setup that the Chevelle had worn since its debut in 1964 was gone, replaced with single units, while the grille was changed from the fussy, eggcrate style to the simpler horizontal look you see here. Hideaway windshield wipers were new for '71. Front and rear bumpers were also changed, with the latter now incorporating the brake & tail lights.

Engine options changed, too. The SS package for '71 offered four different engine combinations, from the base 245hp 350ci small block V8, right up to a 425hp 454ci V8. Our feature car runs a "Corvette" 350, which used a four barrel carby, and offered more torque than the 245hp unit. Out of the factory, this engine offered 270hp, but the addition of a bunch of Edelbrock top end parts to this particular car have kicked that up to a little over 300 horses.

Believed to be a California car all its life, this one was purchased in LA earlier this year in exactly the condition you see here. With the number of clones, look-alikes and tributes out there, it's important to note that our feature car is a genuine SS, too. The real selling point of this vehicle, though, is its appearance. The duco is immaculate, as is most of the chrome, while the stance given by the big rims is hard to ignore. It certainly turned heads and sent folks scrambling for their camera phones when vendors, Mick's USMuscle Cars & Classics, took it to a new car showroom for these photos. Compared to a modern Commodore SS, this car offers a hell of a lot more 'eye appeal', for a comparable price.

The modern street style given by the big rims is carried over inside with a comprehensive Panasonic remote CD sound system and immaculate vinyl interior. This car also features a B&M shifter for the 3 spd auto, power steering and power front disc brakes.

So, if you want a head-turning body, a body to be proud of, there is an alternative to spending hours in the gym. Spend a few sessions in this muscle machine and we're sure you'll be impressed with the results!

Trivia: If the budget didn't stretch to a top-of-the-range 454-equipped Chevelle SS, there was a more affordable option in the form of the "Heavy Chevy", an appearance package that offered SS looks without the SS price - but, unfortunately also without the SS performance. 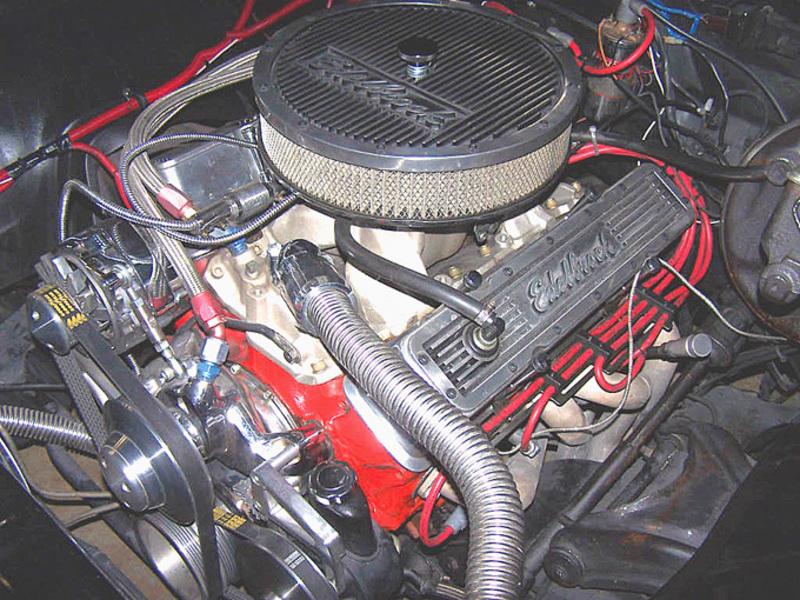 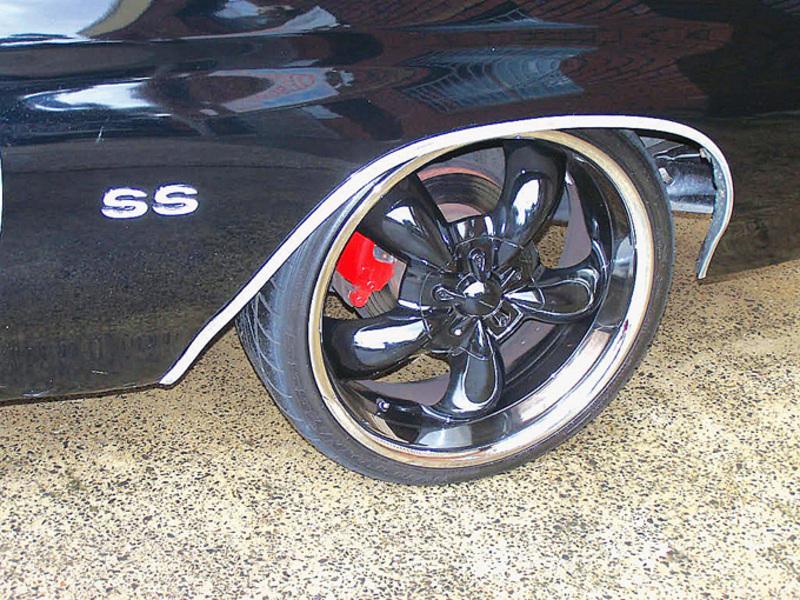 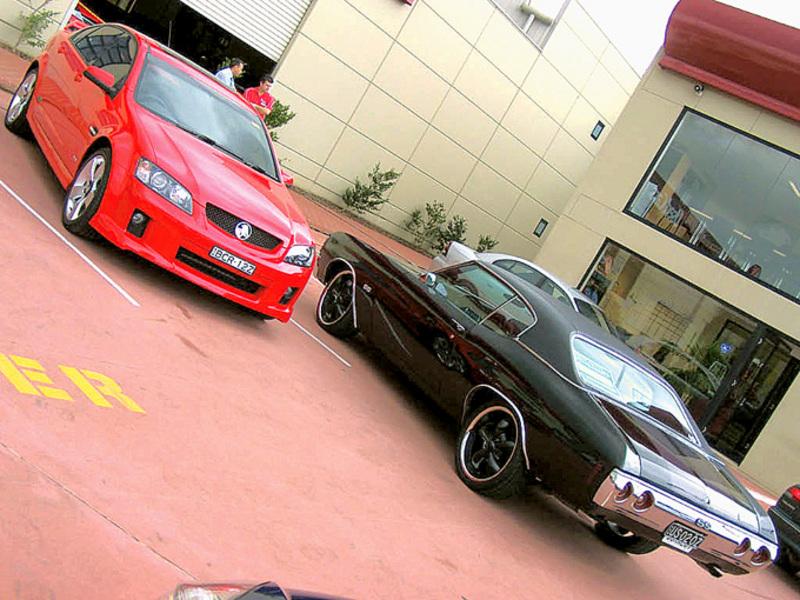