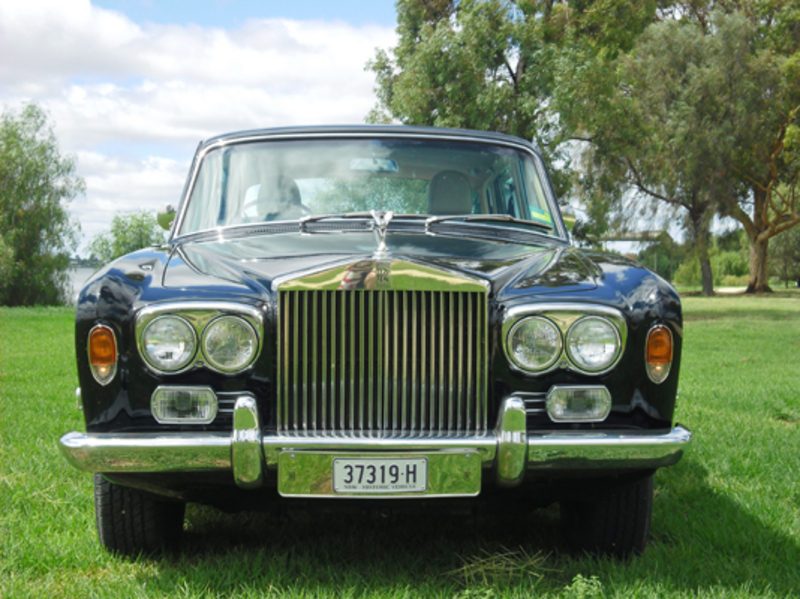 The Motor Car Division was exempt from the nationalisation, and traded under receivership as 'Rolls-Royce Motors' for two years before it was floated on the London stock exchange in May, 1973
Rolls-Royce entered the 1970s on very shaky ground. Development of a new jet engine by the company's Aero Division had gone over time and way over budget. Changes to the managerial and engineering staff to address the blowout came too late, and in February, 1971, the proud British company went bankrupt and was nationalised. The irony was that Rolls-Royce's perennially loss-making Motor Car Division had finally turned a profit in 1971, thanks to the popular Silver Shadow model.

The Motor Car Division was exempt from the nationalisation, and traded under receivership as 'Rolls-Royce Motors' for two years before it was floated on the London stock exchange in May, 1973. Rolls-Royces' financial woes took attention away from their cars, and particularly away from the Silver Shadow, which after some teething problems with the first examples, had emerged as one of the company's most popular models.

The first Rolls-Royce to be built with unitary construction, instead of a separate body and chassis, the Silver Shadow debuted in 1965, with a 6.2-litre V8 engine and four-speed automatic transmission as standard. The Silver Shadow's modern - at least compared to past Rolls-Royces - design was the work of John Blatchley, who had also styled the preceding Silver Cloud model. Blatchley retained the now mandatory Rolls-Royce upright grille and 'flying lady' mascot, but surrounded it with a box-style saloon body with attractive lines that, despite being smaller externally than its predecessor, actually had more interior room - one of the benefits delivered by the monocoque construction. Steel was used for the unitary body, with the bonnet, doors and bootlid made from aluminium. The usual quality touches like leather, walnut dash, and power-assisted everything continued the Rolls-Royce tradition, with the buyer able to individualise the car with paint and interior trim colours to their own personal taste. Interestingly, for a car that was so comprehensively equipped, air conditioning remained an option until 1969.

The first major change to the Silver Shadow came in 1968, when the GM400 Hydramatic transmission that had been fitted to US-delivered models became standard across both domestic (UK) and export models. The four-speed had been criticised for its clunky changes, so the shift to the GM three-speed auto was welcomed. This was followed by the introduction of a long wheelbase version in 1969. The LWB Silver Shadow added four inches of length to the body, with all that space being devoted to the rear seat passengers. In 1970, the V8 was increased in size to 6.7-litres, and the Silver Shadow would retain this engine and GM400 three-speed combination for the rest of its production life.

With an engine change already implemented in 1970, and the aforementioned bankruptcy throwing the company into turmoil, there was nothing new on offer for the Silver Shadow in 1971. What was new was the introduction of the 'Corniche', a special version of the Silver Shadow available as either a two-door saloon or two-door convertible. Two-door and convertible bodies had been built in small numbers by the likes of James Young and Mulliner/Park Ward (MPW) coachbuilders since the Silver Shadow's introduction. Their popularity led Rolls-Royce to bring these models "in-house" and relaunch them as the Corniche for 1971.

The Corniche took a lot of attention and publicity away from the standard Silver Shadow saloon, which may have been something of a calculated move, as the 1971 Silver Shadow really didn't have anything "new" to offer anyway. What the Silver Shadow did have was luxury and comfort in abundance. The ride, thanks to Citroen-style hydropneumatic suspension (only on the rear wheels after 1969), was incredibly smooth, while extensive sound deadening made the Silver Shadow whisper-quiet, too. The hydraulic system also controlled the brakes, which were 11-inch discs all round.

When new, the Silver Shadow cost around the $27,000 mark in Australia. In 1971, that was enough to buy you ten HG Holden Belmont sedans, or five fully-equipped ZD Fairlanes. The serious money these vehicles commanded when new didn't limit their popularity, though. The combination of up-to-date styling, a strong V8 engine and creature comforts galore made the Silver Shadow the best selling Rolls-Royce ever and arguably the best known production Rolls today. The Silver Shadow saw Rolls' market broaden, too, with the new model chosen by sports stars, musicians and other 'nouveau riche' types, instead of the 'old money' that had made up the bulk of Rolls buyers. Combined annual production of the Silver Shadow and almost identical T Series Bentley increased steadily throughout the 1970s, peaking at over 3,000 units in 1978, but for 1971, the total was a more modest 2,280 cars.

1977 saw the release of the Silver Shadow II, which in turn lead to all pre-1977 models being retrospectively labelled as Shadow Is. Today, a Silver Shadow I can be very affordable, with a number of early examples available for under $20,000. However, what you win on the purchase price, you can lose on servicing. The engines and transmissions are pretty reliable, but the hydraulic suspension system is subject to leaks, with hideously expensive spare parts and repair costs to specialty items. Most examples for sale today will have been low use and generally well-looked after, so should be in good condition. However, where possible, buyers should look for an export model, preferably one delivered to Australia or South Africa. Despite the quality of their construction, Rolls-Royces are as susceptible to rust as any other car, with examples subjected to northern hemisphere winters more likely to have rust. The easiest way to pick an export model is to check the VIN. Up to and including 1971, export models are identified by an 'X' as the last letter of the three letter VIN prefix (for example, SRX). From 1972 the X was replaced by an alphabetical sequence identifying the year of export (for example, 1972 = A; 1973 = B; etc.).

As you'd expect, the driving experience with a Silver Shadow is nothing short of luxurious. It just glides along, with effortless acceleration and impressive braking for its size and weight. Body roll in corners is a noticeable feature, and takes some getting used to, as does the overly light steering. But these elements generally become apparent only when the car isn't being driven in the way intended. Seats are comfortable, with plenty of legroom, even on the non-LWB models, and electric-adjustment on the front buckets. The interior is an example of restrained elegance, with swathes of leather and timber unadorned by patterns and unnecessary badges and fiddly details. The dash follows the same pattern, with simple white-on-black dials, a dash-mounted ignition (in the middle of the dash on early models), and column-shift gear change.

The Silver Shadow has its drawbacks in terms of servicing and general running costs, as well as a 'reverse snob' factor, but it's one of those cars most people would like to own, at least for a little while. Being a Rolls-Royce, hire work can be an option for the canny owner, too. With 1971 and earlier models so affordable, there's no reason not to treat yourself to some Silver Shadow luxury.

From the outset, Rolls-Royce built the Silver Shadow in three different levels of suspension. US-delivered models had soft suspension, while a firmer suspension setting was designated to suit the European market's preference for improved handling. The third, the hardest of the lot, was quaintly dubbed "colonial suspension" and, as you may have guessed, was intended for rough Australian roads.

In 1971, David Plaistow took on the position of Rolls Royce's Managing Director and would shape the direction of the company for the next 21 years. Coming from the sales department, Plaistow broke a long-standing trend at Rolls-Royce of the MD position being filled by engineers. 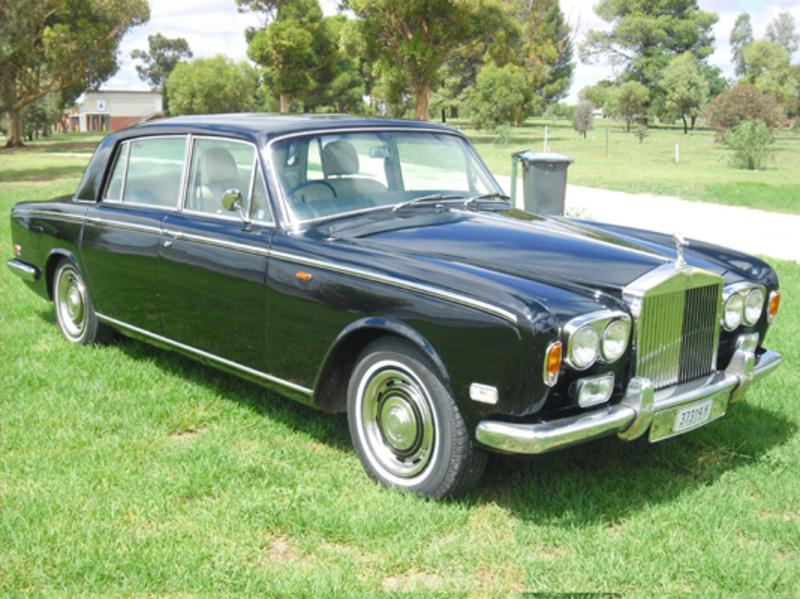 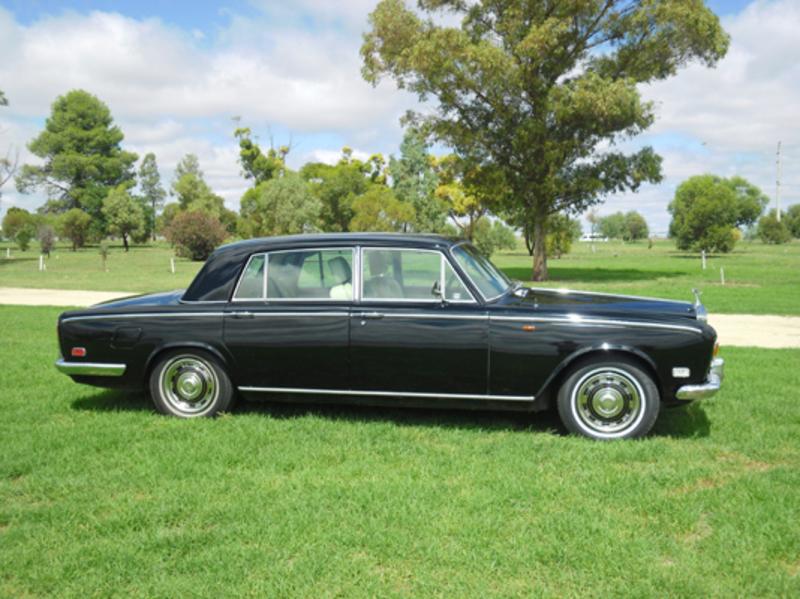 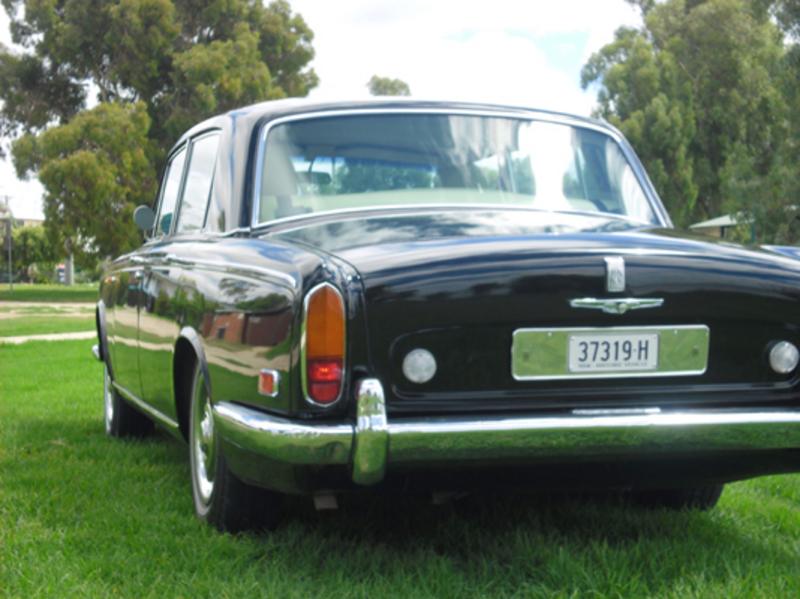 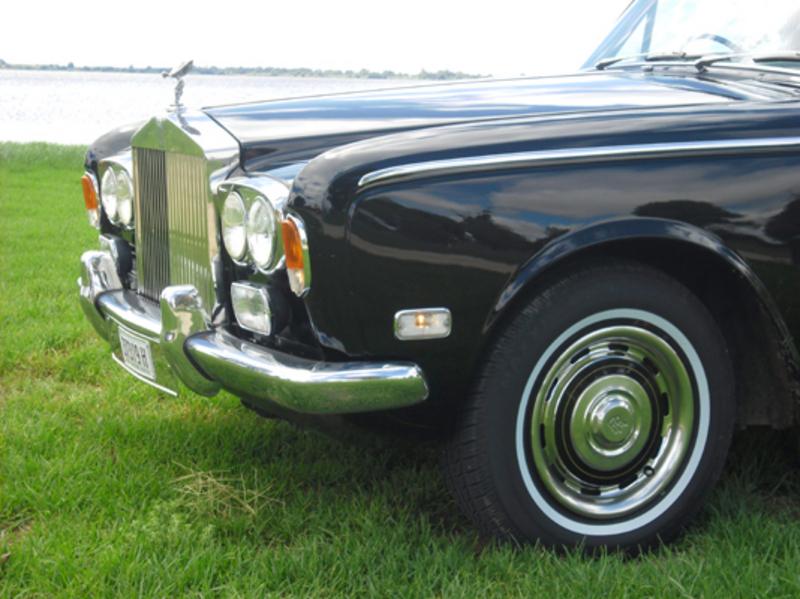