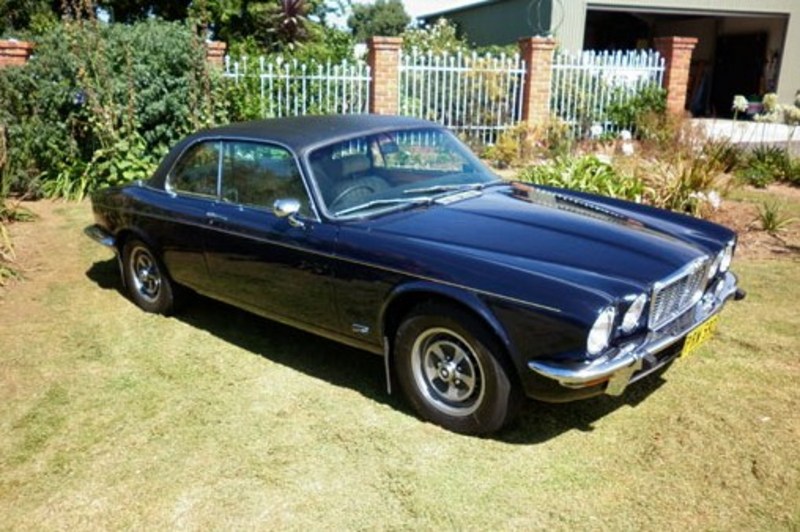 A hardtop version of the XJ6 had been something of a pet project for Jaguar's William Lyons, both throughout the development of the XJ6 saloon, and after it was released in 1968. Early prototypes for the XJ6 were shown with a hardtop coupe style, but a bona fide XJ6 two door concept didn't appear until late 1973. At the time, it was thought the 'XJ6C' (for Coupe) would offer a two door alternative to the aging E Type design, but more in the mould of a Grand Tourer than a serious sportscar. It was also hoped the XJ6C would appeal to the vital American market, as a two door model was almost mandatory for any manufacturer hoping for success in that market during the 60s and 70s. The XJ6, and especially the E Type, had been successful in the USA, so it was expected, or at least hoped, that a two-door version of the XJ6 would enjoy the same success.

While making a concept was easy, making the XJ6C a production reality was altogether more challenging. The main issue Jaguar's engineers had to work around was dictated by the pillarless hardtop body, which required the front and rear windows to link together when raised, and seal well enough to keep out water, dust and noise. These took some time to get right, and even in their final production version weren't 100 percent foolproof.

The body for the XJ6C was based on the 194" w/base Series II XJ6, but used the 190" wheelbase of the Series I. From the front end, the XJ6C was indistinguishable from its 4-door sibling. The main difference, of course, was with the doors. These were four inches longer than an XJ6 saloon's, to enable easier rear seat entry and exit. The other main distinguishing feature, and one applied to all XJ6Cs, was the vinyl roof. There are a couple of schools of thought as to why Jaguar chose to sheath the roofs of all XJ6Cs in 'Everflex' vinyl trim. It was certainly 'on trend' for the period, looked reasonably attractive, and had the added bonus of covering up a number of body joins.

Engineering delays, the upcoming XJ-S, and the generally bleak period of British car manufacturing that was the 1970s were all blamed at some point for the XJ6C's delay in reaching the market. Whatever the reason, the XJ6C didn't hit showrooms until April 1975, almost 18 months after its 1973 debut. The later arrival in the calendar year meant there were no changes of note for 1976, but a series of running upgrades were implemented across XJ6C and (V12) XJ12C production, none of which was extensive enough to warrant a 'MkII', 'Series 2' or similar label of its own.

Buyers in 1976 did, however, get the same choice of engines that the Coupe debuted with - either the standard 4.2lt six, or the 5.3lt V12. Both of these had already been proven in Jaguar saloons, but the V12 did offer fuel injection from new, which was something of a novelty, certainly on British cars of the period. Performance-wise, the V12 had the edge, especially when fitted with fuel injection, but American versions were subject to emissions regulations, so were down on power compared to XJ6C/XJ12C examples delivered to other markets.

Transmission choices were a 4-speed manual, or 3-speed automatic, with the latter proving to be the overwhelmingly popular choice, to the point that in some markets, like Australia, the manual wasn't offered at all. The auto was virtually standard fitment on the XJ12C models, too.

Brakes were discs front and rear, and worked well. Mechanically, early 1976 changes on XJ6C/XJ12Cs included the introduction of a different style of oil filter and the adoption of an XJ-S derived fuel pump for all XJ12Cs. In June, 1976, 'USA-specification' (that is, emissions controlled) engines became standard on Australian-delivered models, which in turn made the unrestricted engines more popular. Later in the same year, improved EFi equipment was added to the V12 models, which was further revised at the end of 1976.

More than a dozen colour choices were available for 1976, and ran the usual Regency Red, Old English White, British Racing Green, Dark Blue and Squadron Blue amongst others, with the olive-toned 'Greensand' being a curiously popular colour during this period. Interior trim was available in biscuit, chamois and other 'earthy' tones of green and brown, as well as black, dark blue and 'Tuscan' red.

Inside, the driver and passenger were treated to typical Jag luxury - leather seats, burl walnut dash, deep pile carpet, electric windows and plenty of room. In fact, the only difference inside between the XJ6C/XJ12C and the Series I XJ6 sedan it was based on is the fact the front seats tilt forward for rear seat access. The only incongruous part of the whole interior layout was the thin, two-spoke padded steering wheel, which looked a little out of place and was criticised by some road testers for being too thin.

Road tests of the period praised the XJ6C for its ride, smoothness and quiet running. Braking was strong, steering accurate, and power delivery positive to the point that you got to 'illegal' speeds a little too quickly!

When new, the XJ6C/XJ12C hit the market just before the XJ-S, and while that model polarized opinion, it also diverted attention away from the XJ-based coupes, to the point where they are something of a forgotten model nowadays. The much hoped for success in America never really eventuated. Buyers simply weren't attracted to the XJ Coupes in the same way as they were to the E Type and, to a lesser extent, the XJ-S. Sales peaked with the 1975 models, but started to drop off in 1976. In Australia, the XJ6C was an expensive car when new, around four times the price of a Holden Statesman, with the XJ12C even more so.

The biggest problem with XJ6Cs, one common to a lot of British cars from the 1970s, is rust. Build quality across all British manufacturers was at its worst in the seventies, and Jaguar was not immune, although they generally suffered these issues to a lesser extent. The best way to avoid this is to choose an Australian-delivered example, as it won't have suffered the ravages of a Northern Hemisphere winter. Additionally, the XJ6C/XJ12C's point of difference was also its Achilles Heel. A fully watertight seal from the windows was difficult to achieve with any hardtop body, and Jaguar was no exception. The problem was addressed with a revised door glass tensioner and regulator to hold the glass in place, but this was only added from the start of 1977. Older, worn examples will likely have sagging doors which exacerbate the problem. However, most examples still in circulation now should have been restored to some extent, so are unlikely to hide any horror stories under the paint.

XJ Coupes don't appear for sale often, and those that do are more often than not the six cylinder models. There are enthusiast clubs devoted to the model, so the support for buyers and owners is out there, but they are very niche, which reflects the XJ Coupe's niche appeal. However, if niche is your thing, the XJ6C makes for an interesting alternative to the standard XJ6 saloon.

As the body had already been strengthened to accept the pillarless configuration, the XJ6C and 12C became natural candidates for convertible conversions, which a number of aftermarket companies in the UK did. Arguably the best of these was Avon, who also produced an estate (station wagon) version of the XJ6 saloon. XJ6C-based convertibles became popular choices for wedding car hire firms.

Differences between the steel road wheels used on the XJ6C and 'Kent' alloys standard on XJ12C models meant 6C owners had previously been unable use the Kent alloys, as they didn't fit over the front calipers. This was remedied just prior to 1976, so that both types of wheel were interchangeable between the models. 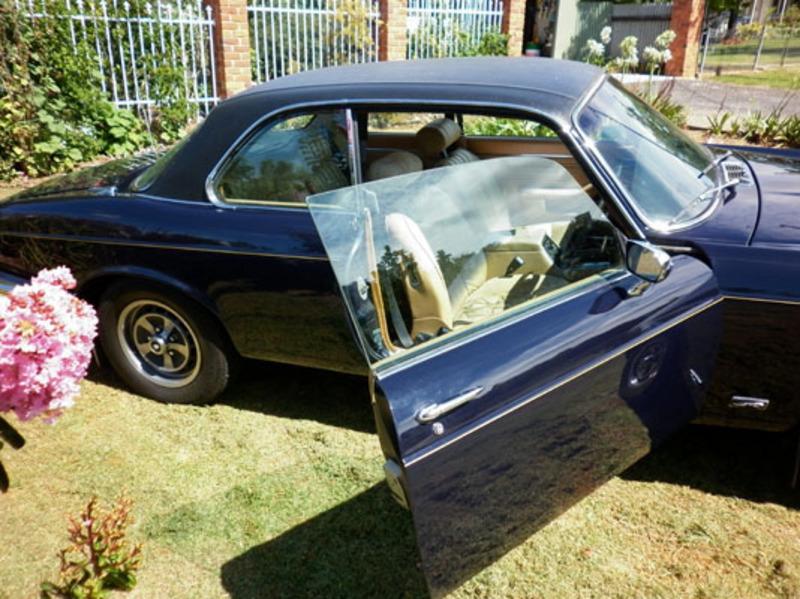 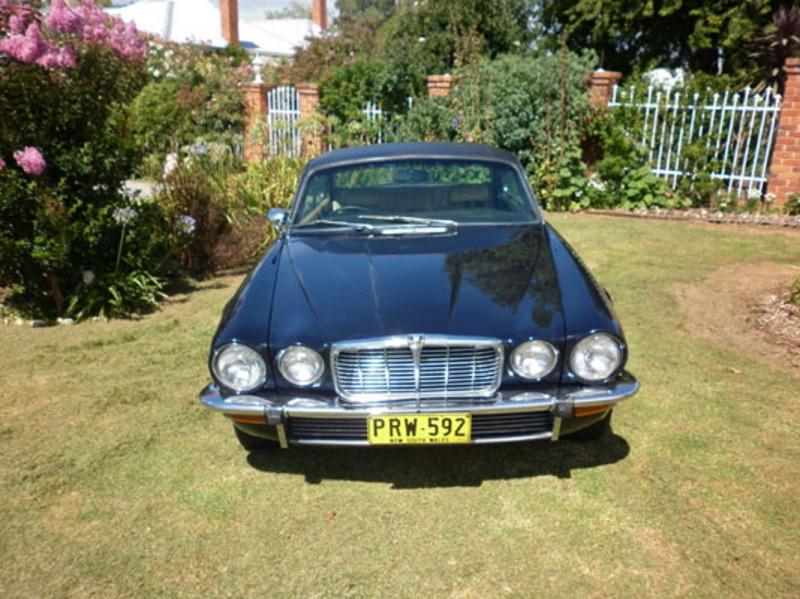 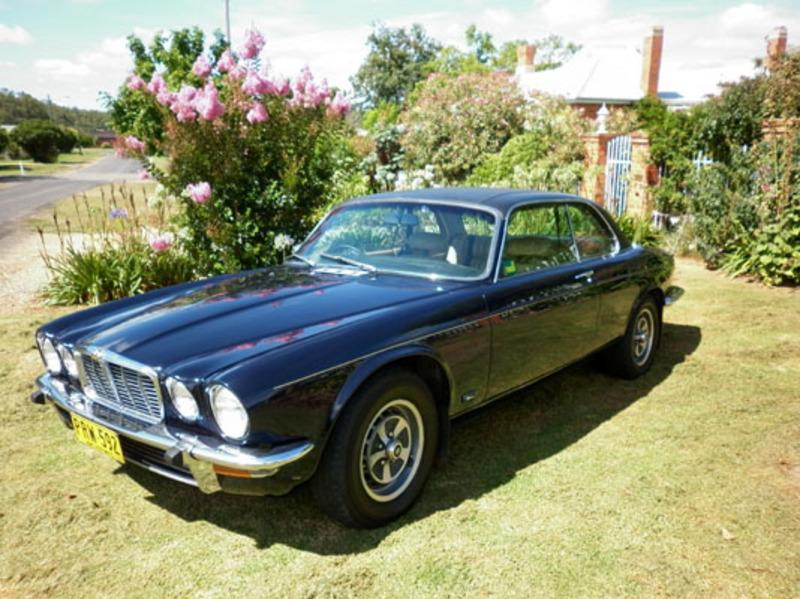