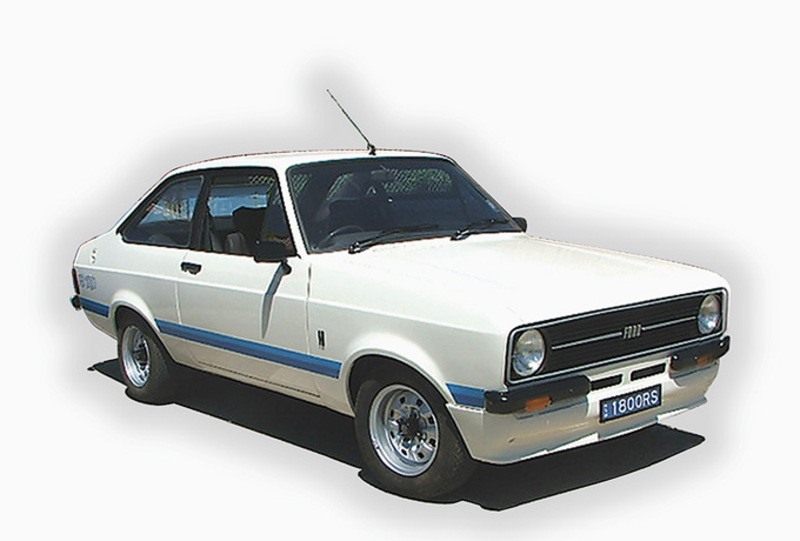 If you own an RS1800 you've got one of 109 and not one of 400, so it's worth double what it might have been.
I once knew this bloke who forever went on about his "homologation special". You know the sort - bit of a big mouth; liked the attention; said his was the biggest & strongest and worth twice what yours was.

What he had was an "homologation special" and he said it was better than any other car ever built. A short run special, built so that a manufacturer could, hand on heart, say that this or that car was part of their normal product line and hence eligible for competition.
The Escort RS1800 was one such special. Ford had to build 400 to a get the homologation certificate to make it eligible for rallying and road racing in the late 70s. The best estimate is that they built 109 (of which 75 survive to this day). So maybe telling porkies isn't limited to blokes leaning on the public bar - guys in suits and ties do it as well! On the positive side it does mean that if you own an RS1800 you've got one of 109 and not one of 400, so it's worth double what it might have been.
Anyone who was around in the Seventies or has read about them will know just what a dominating force the Escort was on the world racing scene. They won any rally you would like to name (several times over in some cases), had drivers like Hannu Mikkola, Ari Vatanen and Timo Mäkinen who were arguably the best crop ever and so dominated world rallying that it is hard to recall a serious challenger to Ford over a 10-15 year period.
And all this from the humble Escort in either Mk1 or Mk2 guise. The Mk1 is the curvier model, the Mk2 more angular and squared off. Under the bodywork there was little difference between the two models other than what you might call the routine upgrades that cars get year in, year out. But as always, there are Escorts . . . and there are Escorts.
Let's say you bought an RS1800 BDA. What does the name tell you? The RS stands for Rallye Sport, a name invented by Ford for its performance range. The Cortina had the 'GT' badge, the Escort the 'RS'. And BDA? That stands for Belt Drive A-series.
Where was it built? If it was a late model like the one we tested here, it started life as an RS Mexico built by Ford Germany. Then, straight off the production line, it was shipped to Fords AVO operation outside London where the OHC (over head cam) engine was taken out and the BDA dropped in.
There were barely any other changes, just new badges fitted and the car was now an RS1800 with a DBA engine.
You might think that they went to some high tech workshop to be turned into a super rally car. Mostly not so. The competition vehicles were normally built up from scratch as purpose built racers. Most RS1800's found their way into the hands of driving enthusiasts who might have used them for the odd local sprint or whatever. So we can't tell you that our test car was ever driven by Ari Vatanen over the ice laden rally stages of Finland. More likely it was housed in a heated garage in Hampstead Heath. What we do know is that it came to Australia about 3 years ago and presents as one of the best original vehicles we have seen. It is in really top condition and hasn't been modified, messed with or tarted up in any way.
The colour is factory white (we think 107 of the 109 were white with 2 cars supplied in shades of red).
Although racing RS1800s would pump out around 250 bhp this one does very nicely with its 120 or so standard horses. The stock 4 speed manual 'box is one of Ford's best ever and the gearing matches the engine torque nicely, so town driving is no more an effort than a run in the country.
Suspension is the ubiquitous MacPherson struts at the front and live axle/leaf string at the rear. This gives a ride every bit as good as most modern hatches yet allows the driver to punt quite hard through corners with only the prospect of some tail drift to hold you back.
The disc/drum combination is fine, as is the rack and pinion steering. The car sits on original 5.5 inch x 13 inch rims. Interior wise, it's standard sporty Escort, so you get the tacho, water temp & oil gauge, etc. treatment.
Still in use today at club and historic competition level, Escorts still command respect, former WRC champ Colin McRae on record, stating the Mk2 Escort as his favourite rally car.
This car is definitely one for the collector or investor and is priced as such. A good investment? As the bloke in the pub might say "Well, they can't make any more homologation Escort RS1800s can they?" Trevor West

Price:$67,500
0-100 kph:8 seconds
Best point:One of only 109 and in greatcondition
Worst point:For serious investors
Recommendation:Collectable classic - if you have the cash
Trivia:What's in a name? 'Escort' was first used for an estate version of the mid-50s Prefect. What we know as the Escort was going to be called the Anglia MkII until only a few months before its release in 1968. 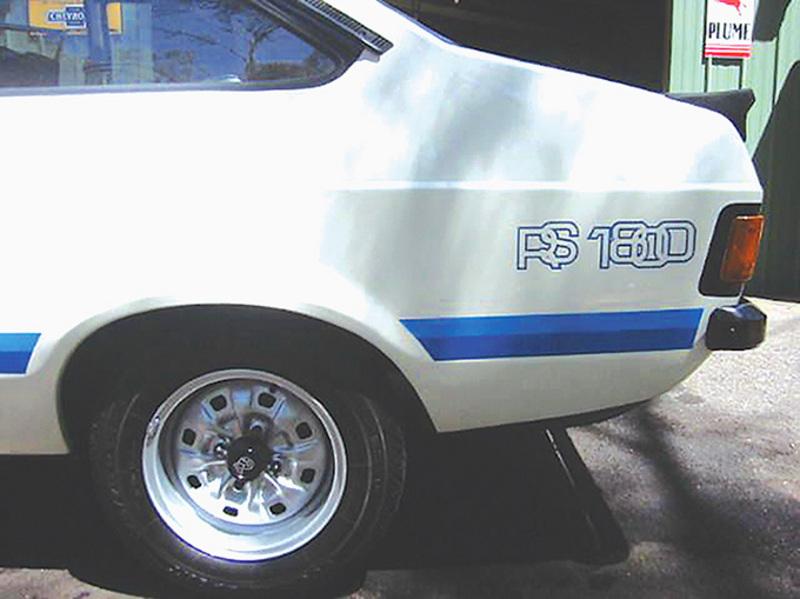 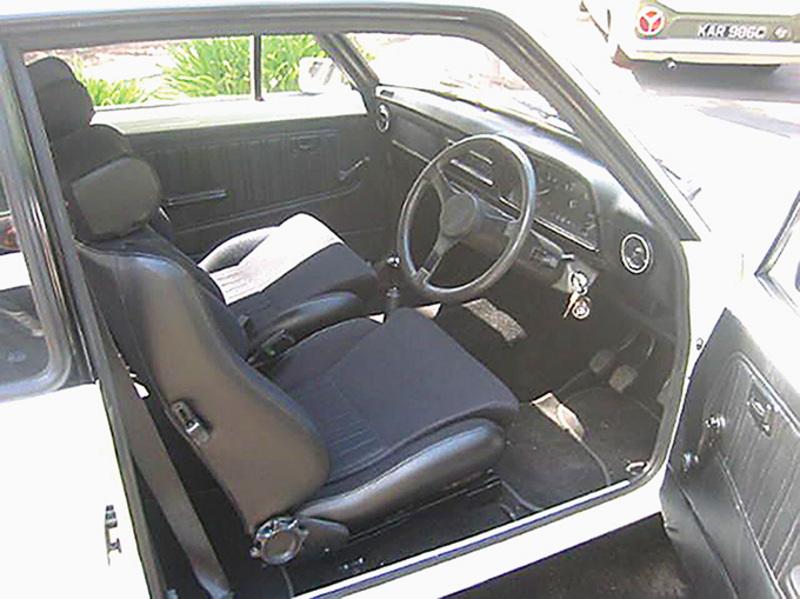 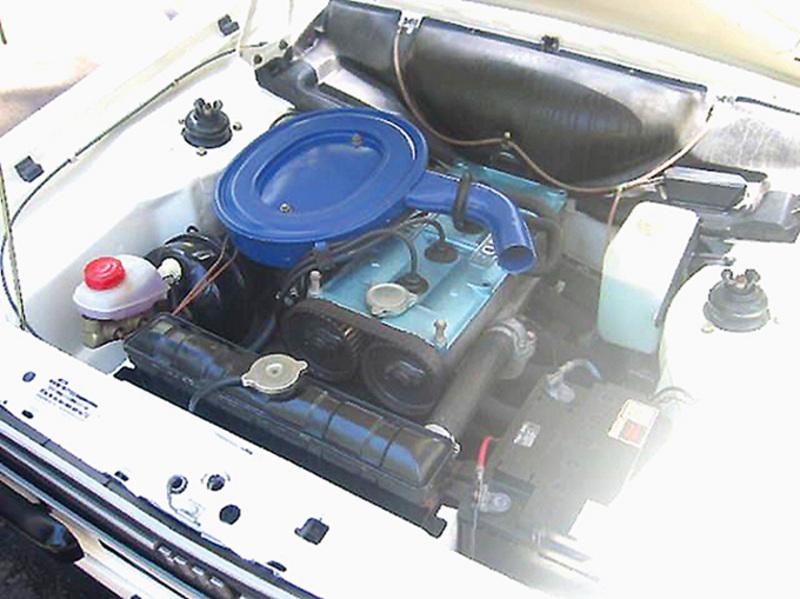 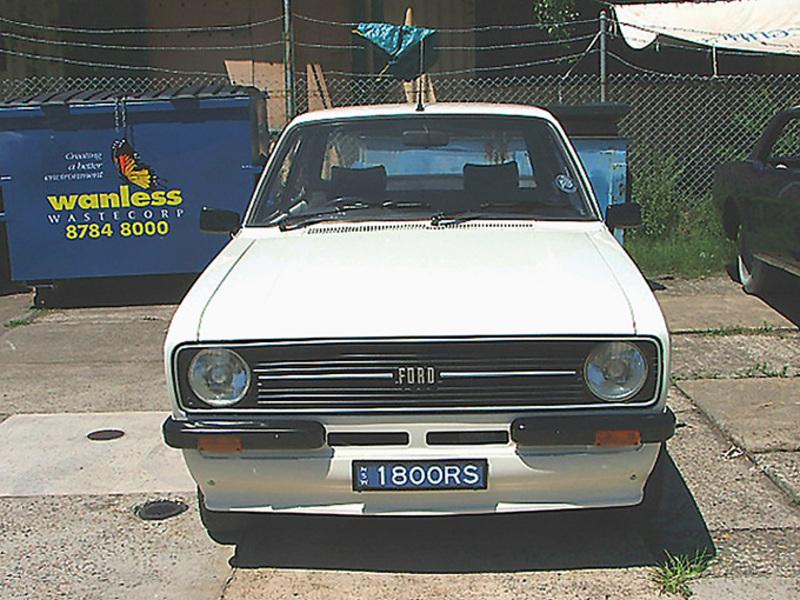