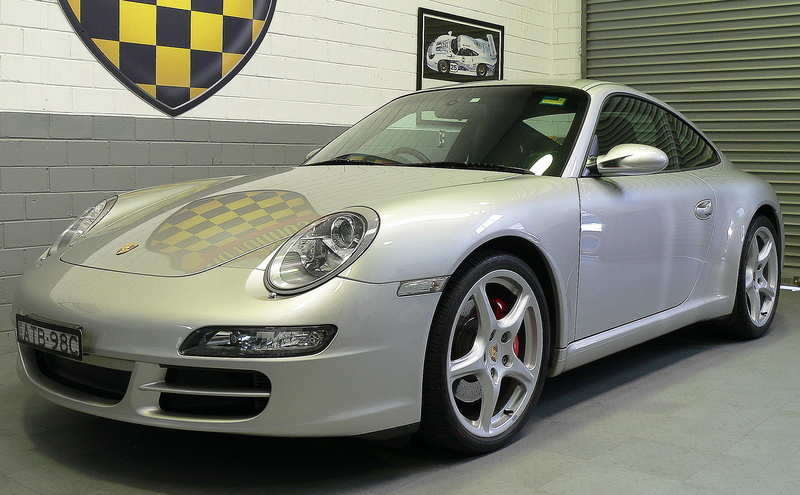 Evolving from the original 911 of 1963, through 964, 993 and 996 series, the 997 series of the 911 debuted in late 2004 as a 2005 model. Initially, two versions were available - 'Carrera' and 'Carrera S'
The fifth generation of the evergreen 911, known as the 997 series, introduced a number of new features aimed not only at addressing criticisms of the previous 911, but also at adding new levels of driver comfort and enjoyment.

Under the bootlid, the standard Carrera featured the same water-cooled 3.6 litre flat six engine that first appeared in the 996, but modifications to the ECU marginally improved power. Issues concerning bearing failure and cracked cylinder liners were rectified over the 996's lifespan, so that by the time the 997 debuted, the bugs had largely been eliminated from the "new" engine. The Carrera S featured a larger 3.8 litre six that offered more horsepower, greater top speed and improved acceleration. This was achieved through a 3 mm bore increase, modified lightweight intake manifold and intake camshaft profile, and different injector angles. The S received slightly stiffer suspension settings as standard and came with other features that were optional on the base Carrera. Externally, the only features distinguishing an S from a regular Carrera were a four-exit exhaust and 'S' addition to the rear badge.

One of the most obvious visual differences between the 996 and 997 911s was the return to 'conventional' oval headlights, as per the 993, which replaced the distinctive but not overly popular 'broken egg yolk' design from the 996 models. Lights aside, the 997's overall design appeared to have changed little, but in fact, there were many differences, with the only shared panel between the old 996 and new 997 being the roof. The wheelbase was the same, but the 997 was wider - by 38mm overall - with a wider track front and rear. Work on the aerodynamics reduced the drag coefficient to 0.28 for the standard Carrera and 0.29 for the Carrera S.

Handling had improved with each generation of the 911, and the 997 continued that trend by debuting a new adaptive suspension damping system - Porsche Active Suspension Management (PASM). Developed in co-operation with Bilstein, PASM featured continuously-variable dampers that responded to vertical, longitudinal and lateral body movement. 'Normal' or 'Sport' modes could be set from a switch on the console, with the latter setting noticeably stiffening the suspension, meaning the 997 could be enjoyed on long highway stretches and at track days as well as around town. Cleverly, each PASM setting also adjusted the engine mapping to suit, so that the induction worked in harmony with the handling. PASM was a cost option on the Carrera, but fitted as standard to the Carrera S. Combined with revised rear suspension geometry, new variable-ratio steering, PSM (Porsche Stability Management - Porsche's version of ABS braking) and specially-developed wheels and tyres, the addition of PASM made for much-improved ride and handling over the 996. The Carrera rolled on 18 inch wheels, the Carrera S on 19 inchers, both using Michelin Pilot Sport tyres specially developed for the 997. Brakes were improved, too. 330mm drilled/ventilated discs were larger than those of the 996 and fitted as standard to both Carrera versions, with the S models adding larger, reinforced four piston calipers. Ceramic composite brakes, previously only available on the turbo and GT models, were an option on both Carreras for the first time.

Road tests of the time remarked on the docility of the 911 at low speeds and in traffic, even compared to previous models. This was due in part to the suspension and steering changes, but a better driving position could claim part of the credit, too. Ergonomics in the cabin were greatly improved over the 996, with more comfortable and supportive leather front seats that sat 20mm lower than in the 996, improving headroom and offering more legroom, too. The rear seats, as always, were a compromise. They are there and can be used, but they're really best suited to kids or luggage. The reality is that most Porsche owners rarely travel more than two-up anyway, so it's not a negative. Gauges were wider-spaced and easier to read on the 997, while the steering wheel was adjustable for reach and, for the first time, rake. The centre-dash console was new, but featured a plethora of buttons that, like many modern cars' "information centres", needed a long and careful read of the manual before the system could be used with any competence.

While still a pure sportscar, a quieter and more comfortable ride made the 997 Carrera feel more like a GT in low speed conditions. However, plant the right foot and all the performance that made the 911 famous was still there to be enjoyed. From 4000 rpm up, accelerator response is both quick and smooth. The understeer/oversteer inherent in all rear-engined cars is still there in the 997, but thanks to the suspension, braking and tyre improvements, and abundance of electronic driver aids, it's very much in the background and you have to drive like an idiot to induce it. Road noise is a minor issue at high speed, and some reviewers have criticised the steering as being a little numb, but overall, the 997 Carrera and Carrera S have received praise across the board.

While the GT2, GT3 and Turbo 911s offer more performance, they are also a lot more expensive and much less practical for regular driving. Sure, you pay a lot with a 911, but you get a lot in return. Both the Carrera and Carrera S are amongst the best 'daily-use' sportscars going around, with the S adding that bit of extra sportiness that the majority of Porsche buyers are no doubt looking for. For a Porsche, or any sports coupe for that matter, that offers the best of everything, without asking a lot of the driver, the 997 series 911 Carrera is pretty hard to beat.

Several months after the Carrera and Carrera S models were launched, Porsche introduced all wheel drive (AWD) versions of both. Known as the Carrera 4 and Carrera 4S, both models added the benefits of AWD handling to the Carrera's already impressive performance.
It's a measure of the popularity of the sporting Porsches that the market can support a number of magazine titles devoted either in part or exclusively to the 911. Of those, 'Total 911', a UK-based publication, voted the 997-era Carrera S model the best all-round Porsche 997 to own. 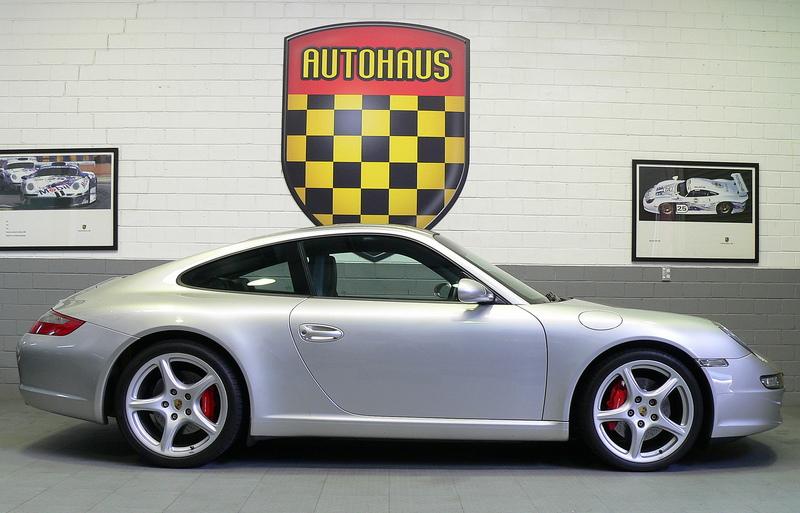 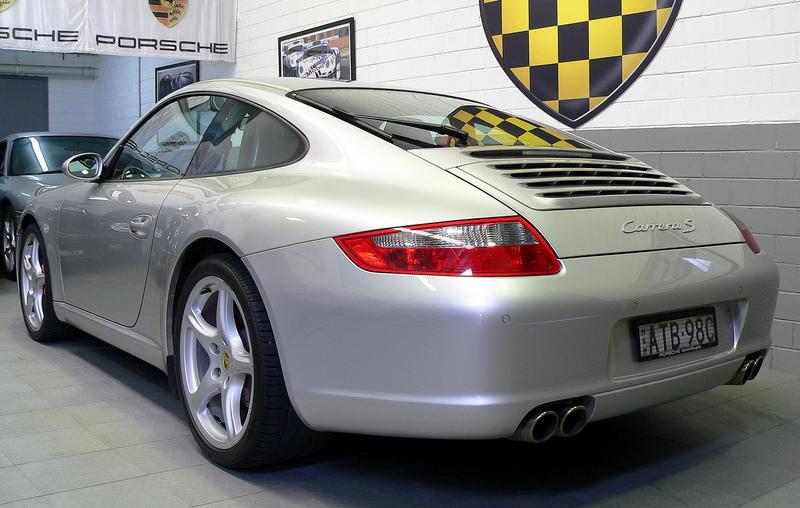