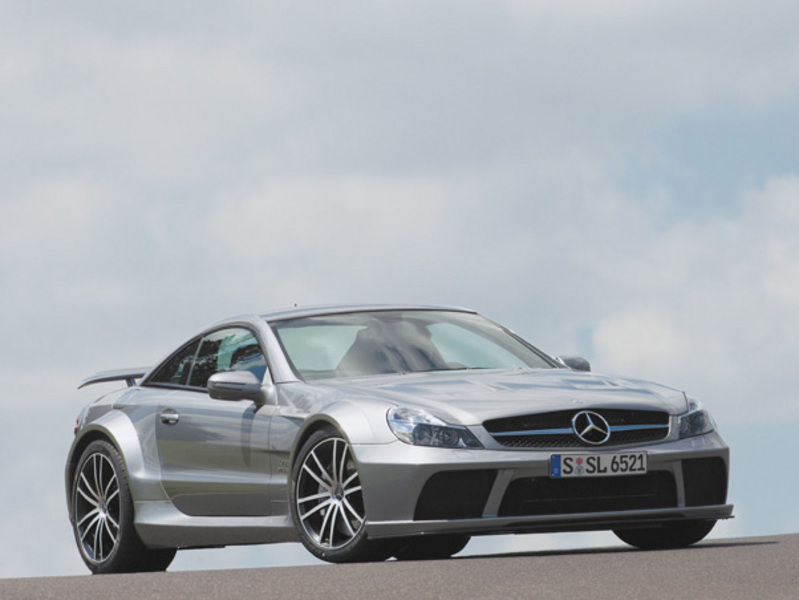 Sensational appearance, unique performance and total exclusivity - that's the new Mercedes-Benz SL 65 AMG Black Series. This high performance coupé is a motorsport engineering thoroughbred, opening up new drive dynamic vistas to sports car enthusiasts. The AMG 6.0 litre V12 biturbo engine, with a maximum output of 493 kW and 1000 Nm of torque, guarantees super sports car performance. The powerful two seater was developed in the AMG Performance Studio and represents the continuation of the highly successful Black Series of AMG, the Mercedes-Benz Cars Performance brand. One glance at the new SL 65 AMG Black Series and you are reminded of the successful AMG racing sports cars like the present DTM C-Class or the 1997 CLK-GTR from the FIA-GT series.

Wide cooling air apertures in the front apron and the bonnet are the clearest indication of the massive power of this AMG twelve-cylinder, biturbocharged engine. From its 5980 cubic capacity, the AMG V12's engine generates a maximum power of 493 kW at 5400 rpm and an electronically limited torque of 1000 Nm between 2200 and 4200 rpm. Without a limiter, the AMG 6.0 litre V12 biturbo engine, which is hand built in the AMG engine factory in accordance with the "one man - one engine" philosophy, would achieve a maximum torque of 1200 Nm. Compared with the basis power pack in the 450 kW/612 hp SL 65 AMG, new turbochargers were developed for the twelve-cylinder SL 65 AMG Black Series engine. The turbochargers' spiral cross section, now twelve per cent larger, and the optimised wastegate ducts permit increased air throughput and an even more impressive display of power in all engine speed ranges. 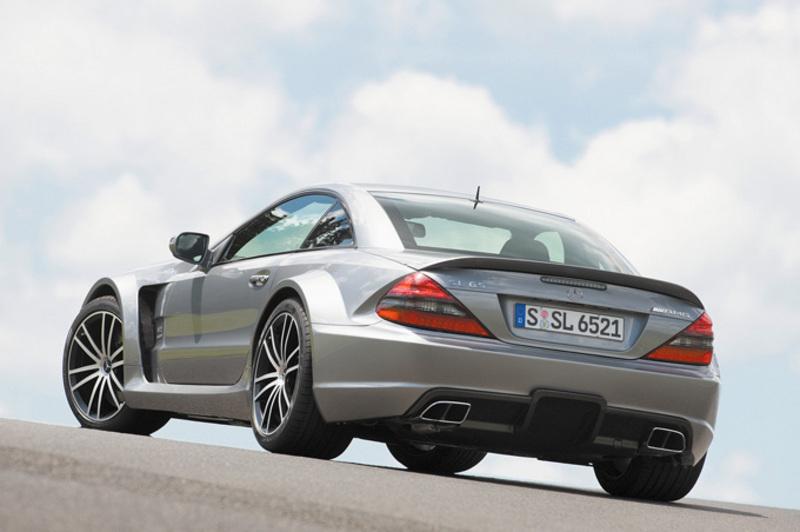 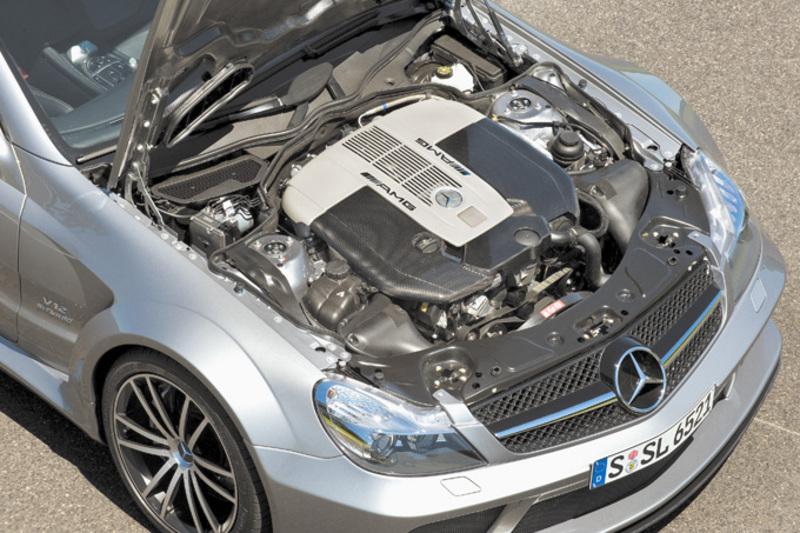