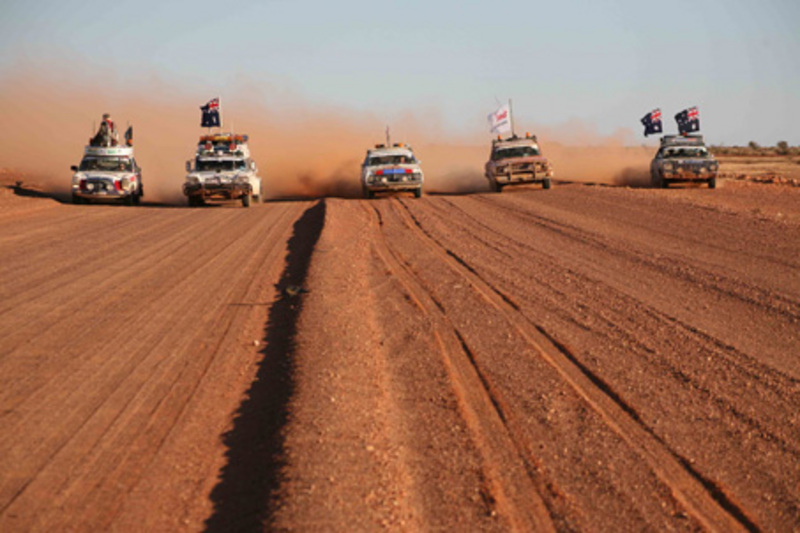 This year's bash will cover 5,423 kilometres through some of NSW's most remote regions including Inverell, even crossing the border into Longreach and Mt Isa and travelling through the Northern Territory ...
The most novel and colourful event on the calendar for the past 26 years, the NSW Variety Bash is set to make its departure from Sydney again on August 6th. Continuing the tradition of the Bash starting and finishing at a destination starting with the letter B, this year's NSW Variety Bash will leave from Baulkham Hills on Saturday August 6th and finish at Buccaneer Rock (Broome, WA) on August 17th.

This year's bash will cover 5,423 kilometres through some of NSW's most remote regions including Inverell, even crossing the border into Longreach and Mt Isa and travelling through the Northern Territory before completing the 11 day journey to the most westerly point of Australia.
Last year, more than 138 vehicles took part in the Variety Bash and raised $1.76 million. This year, even more are expected to take part in Australia's most successful charity motoring event. The Variety Bash isn't just about the cars & drivers. The event is also the focal point of fundraising efforts by many hundreds of supporters. In fact, it's a celebration of a year's hard work to raise the money to take part in this mighty event.

The Bash is not a race or a rally but rather a drive in the Outback with like-minded fund raisers, driving the miles for the smiles, raising money to support kids in need. While there are few rules, blatant cheating and bribery are not only allowed, but encouraged and Bashers must be in a pre-1974 vehicle, decorated as weird and wonderfully as possible! Two-wheel drive vehicles only, no charabancs, omnibuses, motorbikes or motorised wheelbarrows allowed!
The Bashers will be stopping in various remote towns along their journey, spending time seeing the sites and helping out the local community.

If you're thinking of getting involved, it's not too late. A fully tax deductible donation of $8,500 to Variety, the children's charity is required to take part. Any amount raised above this may be used for the purpose of bribing and corrupting officials during the event. While, there are no trophies for speeding or special timed sections as they don't exist on the Bash, trophies are rewarded for the highest fundraisers. 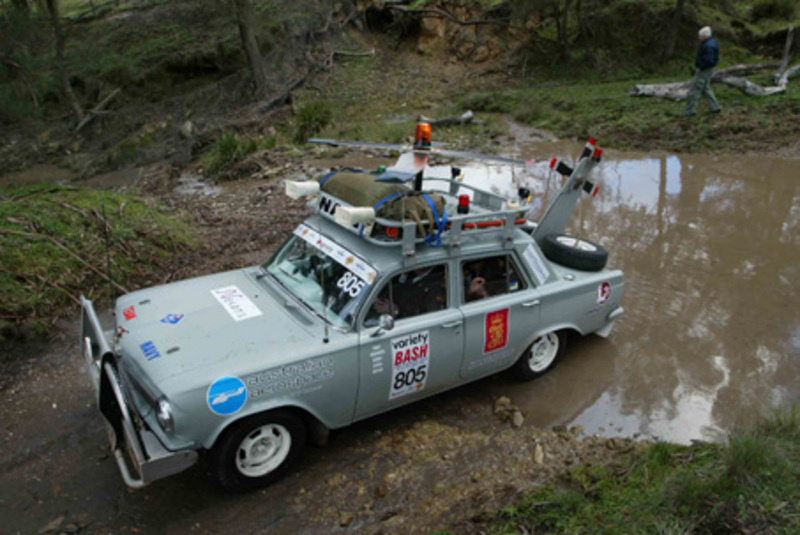