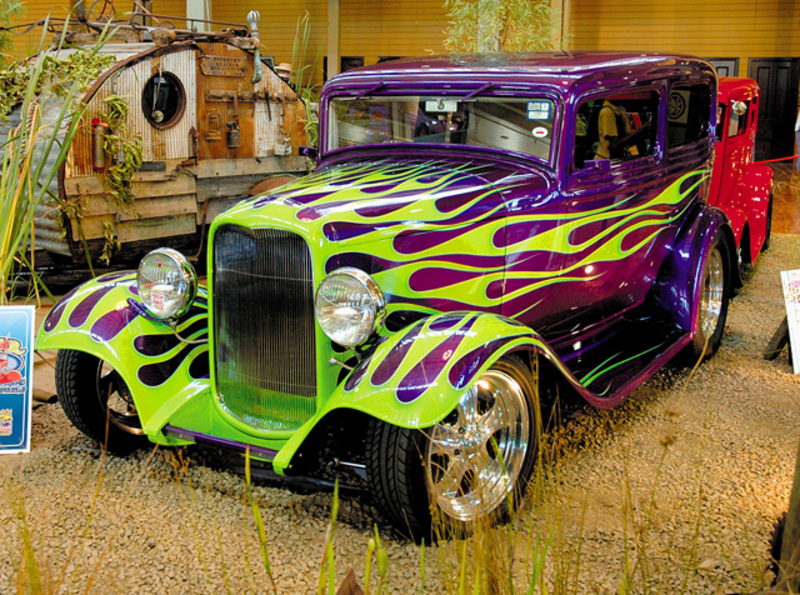 A capacity entry of more than 150 of Australia's most spectacular customised vehicles were on display. The show promoter said, "Despite all the talk of hard economic times, we've had to turn cars away." "We've been very selective and we are confident that visitors saw the very best collection of customised vehicles gathered in Australia." Special cars, bikes, boats and even a customised V8 hot-rod tractor - many of which have never previously been shown - were on display, all vyed to be chosen 'Australia's Coolest Rod', with the prize being a return air ticket to the USA. There were also a record 32 trade display stands, activities for children including a colouring competition. The 4-day show was promoted by the Victorian Hot Rod Association and co-sponsored by Shannons.