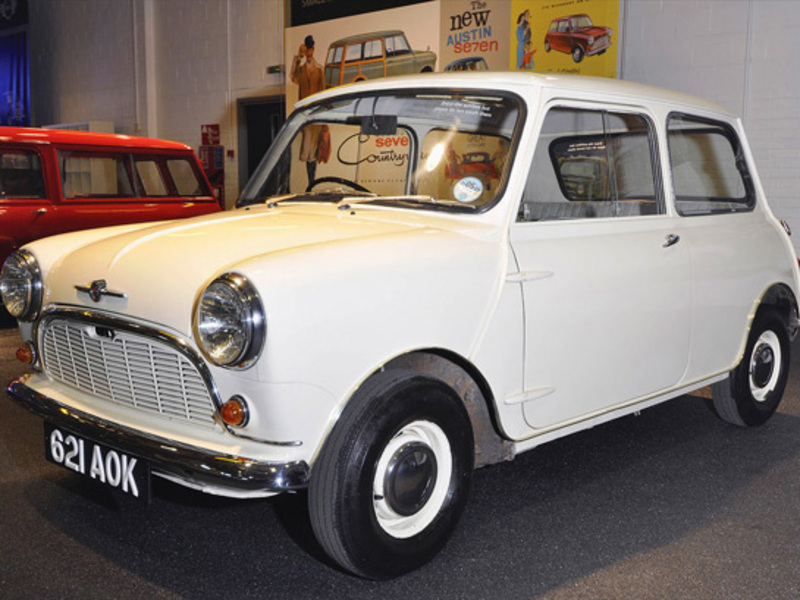 For the first time in half a century that very car is returning to its birthplace for a celebration of 50 years of production. The Mini Minor, finished in Old English White and carrying the registration number 621 AOK, is now on display at Plant Oxford.

BMW Group member of the Board of Management for Production, Frank-Peter Arndt, said, "anniversaries are always a wonderful opportunity to look back at the past. But on days like today, it's also good to look to the future.
"Therefore, our objective is absolutely clear: We are going to continue the success story of Mini and continue to strengthen it.
"Where is MINI going? Where will it be in 10, 20 or even another 50 years time? Perhaps it's rather ambitious to look that far ahead, but one thing is certain, Mini is a brand not only with a great tradition, but also a fantastic future."

Dr Jorgen Hedrich, Plant Oxford's managing director, said: "Little did anyone know just how popular Sir Alec Issigonis car for the people would be - or that half a century later it would be reborn as the Mini and once again be built in Oxford."