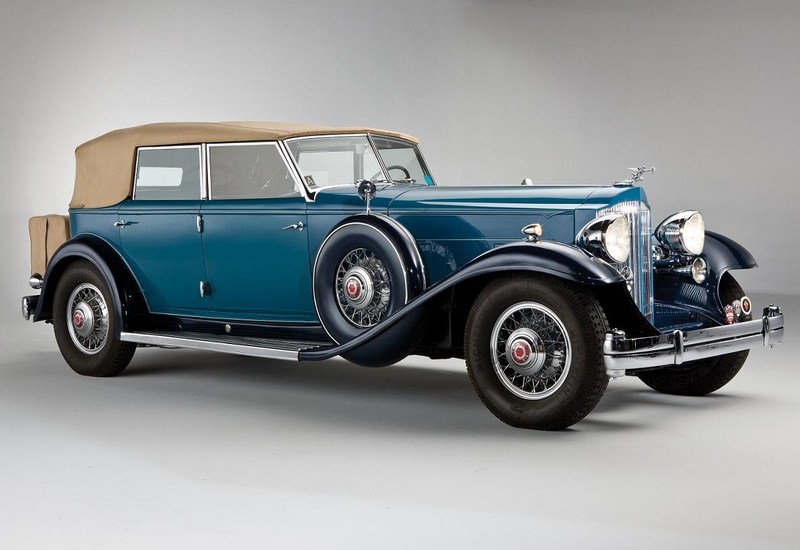 Purchased new by famous American entertainer, Al Jolson, the V-12 Packard is one of only two examples still in existence, and had concours history stretching back to 1963
Early American luxury cars have been pulling good prices at recent auctions in the US, with the latest addition being a 1932 Packard Twin Six Custom Convertible sedan, which festched US$1.1 million at RM Auctions' St. John's event (formerly known as Meadow Brook) in Michigan on July 30.

Purchased new by famous American entertainer, Al Jolson, the V-12 Packard is one of only two examples still in existence, and had concours history stretching back to 1963.

When new, Packard's twelve cylinder models were the top-of-the-line offering from America's leading manufacturer of fine cars. Its finely tailored lines, elegant appointments, refined chassis and whisper-quiet, 12-cylinder engine made it a natural choice for those that could afford it - like Hollywood icon, Al Jolson. With a career stretching over decades, Jolson's greatest fame came with the release of the world's fist "talking picture", 'The Jazz Singer', in 1927. That fame, and the fortune that followed, allowed Jolson to purchase a vehicle as magnificent as the Packard. Jolson took delivery of his new Twin Six Individual Custom Convertible Sedan, with coachwork by Dietrich, Inc., from Los Angeles Packard dealer Earle C. Anthony for the princely sum of $6,600. In the midst of the Great Depression, this was a serious sum of money - more than 16 times the cost of a new Ford.

Identified as aModel '1006' (which, confusingly points to this vehicle being a 1933 example, not 1932), the Twin Six featured a160 bhp, 445ci side valve V-12, the biggest Packard engine available in 1932 and the first year a V-12 was offered. This was matched to a three-speed synchro mesh transmission, shaft drive with hypoid rear axle, suspension via four longitudinal semi-elliptical leaf springs, front beam axle, live rear axle, and four-wheel adjustable vacuum-assisted brakes.The Twin Six had real presence, too, thanks to its 147 inch wheelbase and stylish Dietrich convertible body. The car was very sporting, finished in grey with a dark tan leather interior and a tan top. As was to be expected, it was also very well equipped, with twin side-mount spares with metal covers, chrome wire wheels, black wall tires and a Packard's 'Goddess of Speed' radiator ornament.

No records exist to show how long Jolson owned his Packard, although it is known that the car suffered engine failure in 1940, after which it was stored in a Los Angeles garage until 1960 when it was purchased by Harold Crosby, who undertook a full restoration. It was during his ownership that the big Packard was exhibited at the famous Pebble Beach concours for the first time in 1963, where it won best in class, American Classic Open, as well as reserve winner overall.

Crosby sold the car in 1968 and it went through a number of other owners,including one who owned it for 39 years,until it was acquired by the vendor early in 2011. Its very presentable condition was attributed in part to the many decades it has spent in both California's and New Mexico's dry climates, which have contributed to the preservation of the older cosmetic restoration, including the paint and bright work. There were numerous interesting features to the car, including the split windshield and rear-mounted trunk. Smaller items included everything from a period-appropriate tool roll to a couple of original Packard ashtrays. Other fascinating artifacts include a war-era fuel ration sticker on the windscreen.

How much the Jolson provenance added to the Packard's final sale price of US$1,100,000 is debatable, but the fact that the vehicle is one of just two of its kind remaining would no doubt have been a factor in its price, which was the top-selling lot from RM Auctions' St. John's event.

Watch this space for more results and interesting vehicles from this auction. 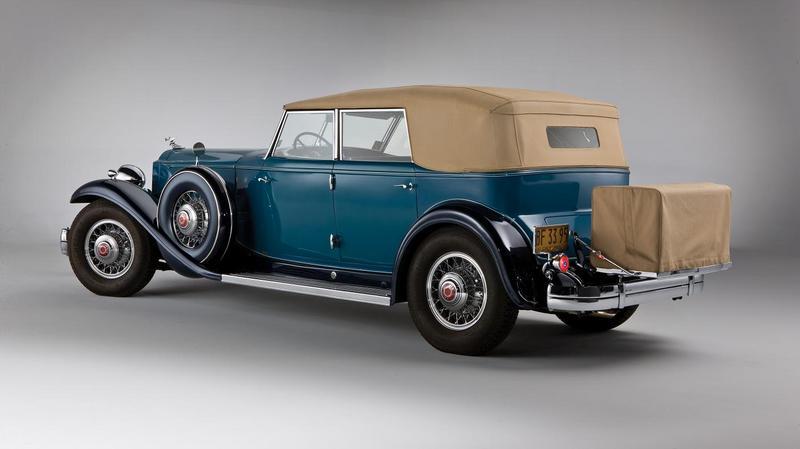 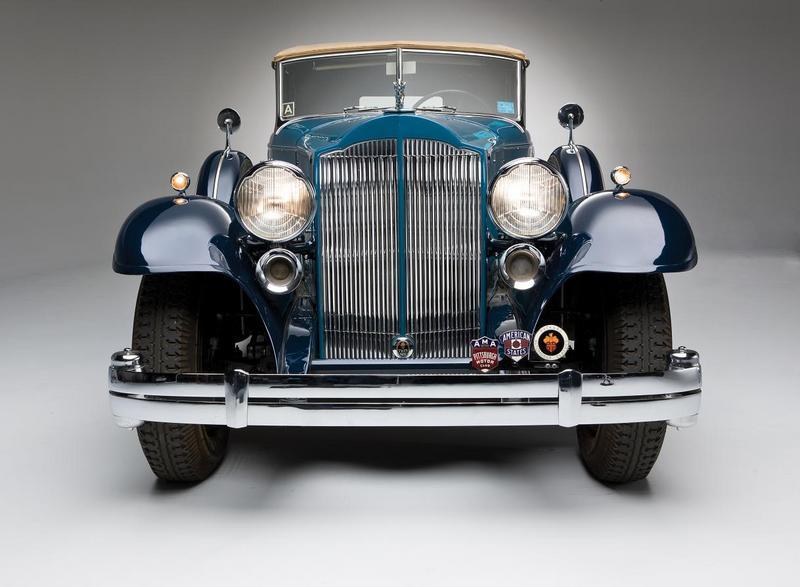 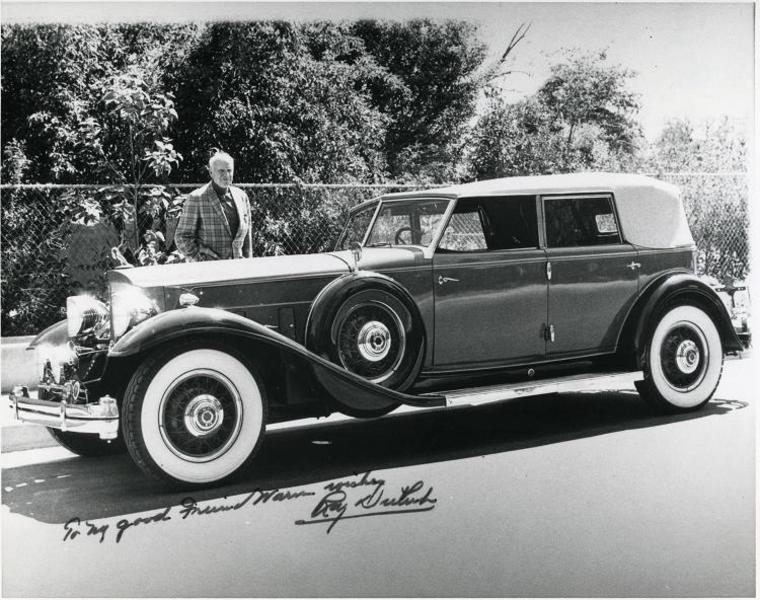