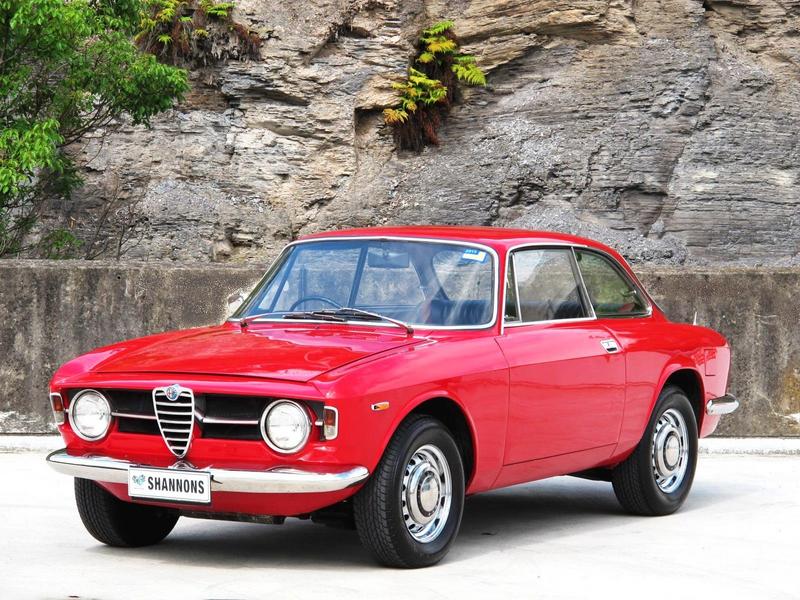 The prima Alfa of the collection is a 1972 GTV 2000 Coupe that was in the hands of its former owner for 25 years.
Alfa Romeo enthusiasts shouldn't miss Shannons Sydney Summer Classic Auction on February 4, when a quartet of four cylinder Alfas from the late 1960s to the mid-1970s go under the hammer with no reserve prices.

The prima Alfa of the collection is a 1972 GTV 2000 Coupe that was in the hands of its former owner for 25 years. Presented beautifully in its fresh Piper Yellow paintwork with rare, refurbished Momo Vega alloy wheels, the Alfa has been maintained continuously by Frank's Pit Stop while in the vendor's possession.

Its interior is tidy and according to its mechanical report its engine/driveline combination performs well. Sold with an extensive history file and no reserve, Shannons are quoting a guiding range of $20,000-$25,000.

Introduced in 1966 principally for the Italian home market, where smaller capacity cars were rewarded with tax breaks, the GT 1300 Junior proved enormously popular around the world - including Australia - with a total of more than 90,000 built. The car being auctioned has been fitted with a more powerful 1.6 litre engine from the later GT 1600 Junior, making it even more enjoyable as a classic.

Although not in quite the same condition as the GTV 2000, this Junior is very original and presents well and with its five-speed manual gearbox delivers an authentic and enjoyable classic Alfa Romeo driving experience.

Not as popular in its day, but now sought-after by Alfa Romeo enthusiasts is a very nicely restored and presented four-door 1971 Giulia 1300 Super Sedan of the type used by the Italian Carabinieri and made famous in the film The Italian Job as they pursued the rogue Minis through Rome.

Sharing a similar 1300cc engine as the Junior but mated to a four-speed transmission, the Giulia has been recently repainted and has an excellent interior, topped off with an original Italian Nardi wood-rimmed steering wheel. Because of its condition and similar level of presentation to the GTV 2000, Shannons are quoting a guiding range of $14,000-$18,000.

Finally, Shannons are also offering a 1975 Alfa Romeo 2000 Spider at no reserve. The descendant of the original 'Duetto' Spider first shown at the 1966 Geneva Salon, the mid-1970s Spider had inherited the upgraded 2000cc engine and five-speed manual gearbox of the GTV 2000 and cost more than an E-type Jaguar in Britain when new.

Today, the Spider remains a lasting example of Italian 'cool' and good examples are keenly sought after by enthusiasts. Presented in original, but refurbished condition, the Spider being auctioned has benefitted from considerably refurbished bodywork and has a quoted guiding range of $15,000-$20,000. 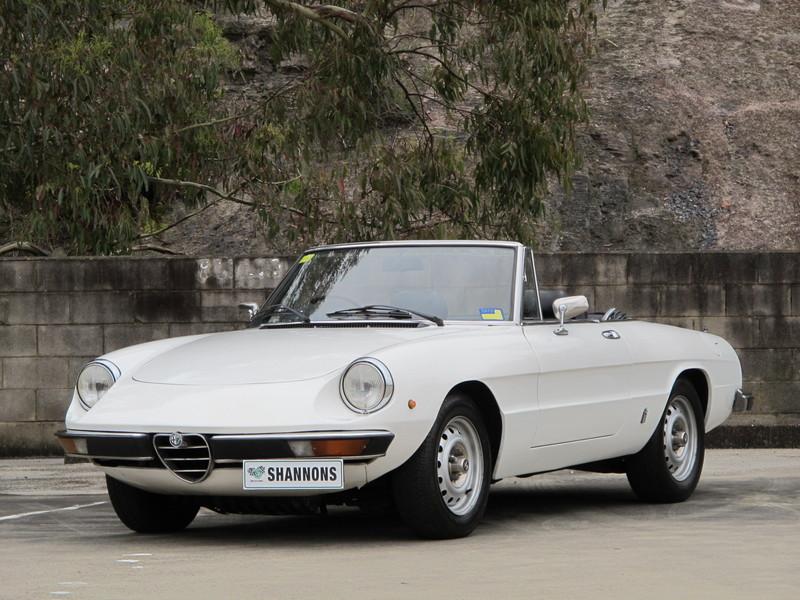 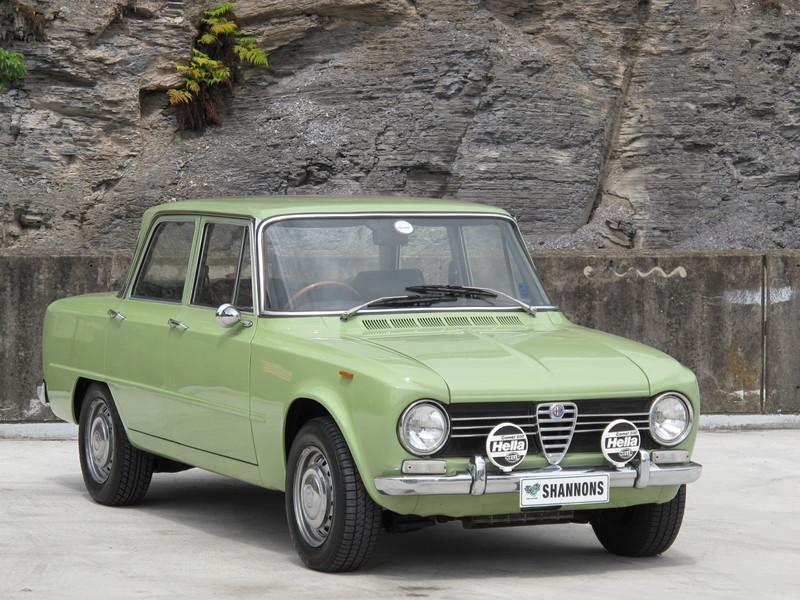