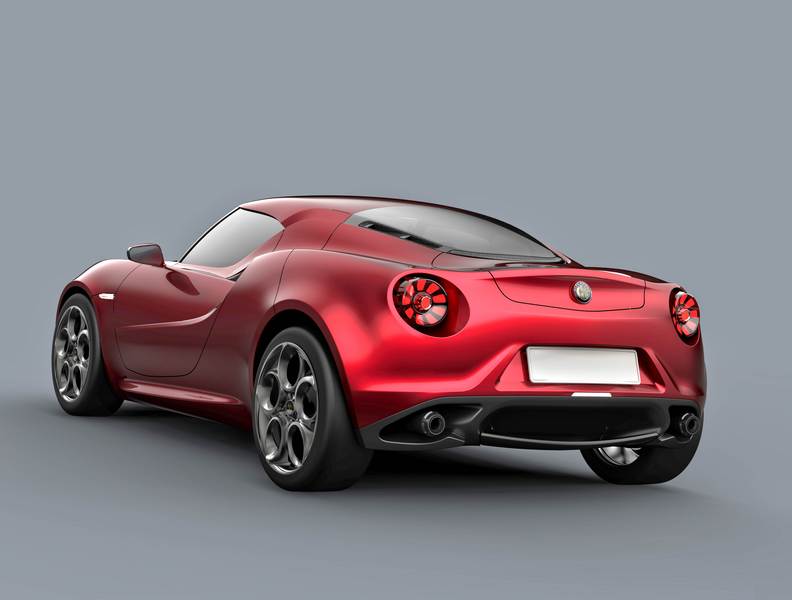 Alfa Romeo's 4C Concept is powered by the advanced 1750 TBi engine and can make the jump from standing to 100 km/h in under five seconds, with a maximum speed capability of 250 km/h. Built using light weight construction techniques, it also offers fuel economy and emissions comparable to some economy cars.

The new 4C supercar conforms to the classic two-seater, rear-wheel drive coupe formula, with its engine at the centre, a length of approximately 4 metres and a wheelbase of less than 2.4 metres - making it both compact and agile. It's a slick looker, too, with a clean, athletic stance that says, 'I dare you.'

There's no mistaking the lineage of this newborn. Materials and experience for the 4C Concept are derived from the 8C Competizione - carbon, aluminium, rear-wheel drive - while technology comes from current Alfa stablemates, which utilise the 1750 turbo petrol engine with direct injection, dual continuous variable valve timing, turbocharger and the revolutionary scavenging control system which eliminates turbo lag, married to the "Alfa TCT" twin dry clutch transmission and the Alfa DNA dynamic control selector.

Whilst the 4C exemplifies Alfa Romeo's supercar philosophy of delivering extreme driving pleasure and optimum road handling, it achieves its ends by the elegant means of weight-reduction and intelligent design rather than increased power. This is made possible by extensive use of carbon, which also plays a structural role and guarantees exceptional agility with a weight/power ratio which is lower than 4 kg/HP. The chassis supports a body crafted completely from carbon, while the rear frame structure and the crash boxes use aluminium extensively. The final result is a significant reduction in weight, limited to less than 850 kg, as well as the optimisation of the vehicle's centre of gravity, which gives the advantage of increased agility and drivability on the most challenging roads.

The Alfa Romeo 4C Concept features an optimal suspension configuration (high quadrilateral at the front, MacPherson at the rear) for maximum agility and road handling. In the best sporting tradition, this solution works symbiotically with rear-wheel drive, excellent power to weight ratio and strategic weight distribution (40% on the front axle and 60% on the rear axle).

And despite its name, the Alfa Romeo 4C Concept is more than a Motor Show gimmick - it will be available in showrooms in 2012 as an ambassador for the marque's continuing success. 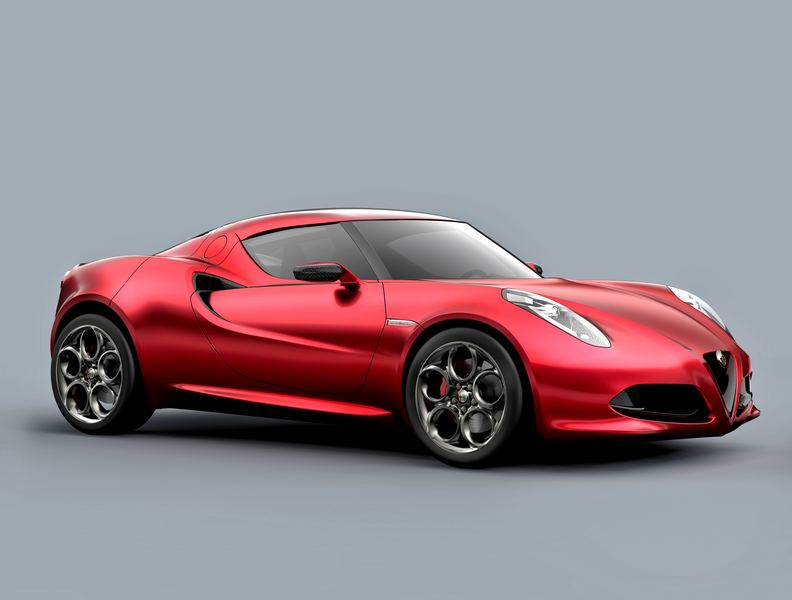