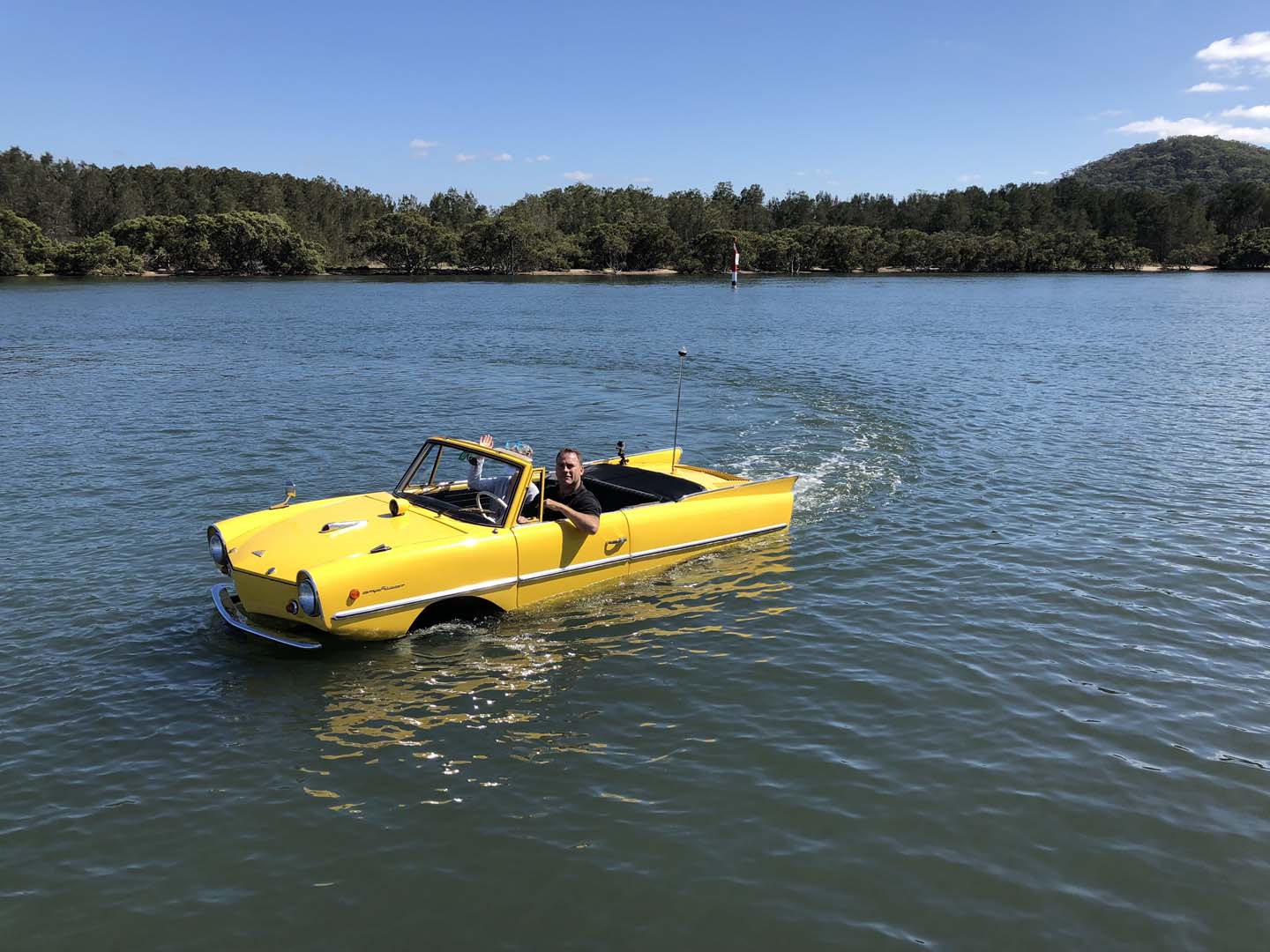 One of the world’s rarest and most unusual cars was recently added to the collection of the Gosford Classic Car Museum (GCCM) in the form of a 1966 Amphicar 770.

While not the world’s first amphibious car (nor the last), the Amphicar does have the distinction of being the only one produced in anything like a commercial quantity.

Between 1961 and 1968, it’s estimated that 3,878 Amphicars were built by German company IWK to a design from fellow German Hans Trippel. Of that total, almost 80 per cent went to the USA, where the GCCM’s example was sourced from late last year.

First producing amphibious cars back as 1932, Trippel built similar vehicles for the German army in World War II, then developed the amphibious theme further after the war, resulting in the Amphicar 770 that was released in 1961. The ‘770’ came from Trippel’s claim that the boat/car could 7 knots (13km/h) on water and 70 mph (112km/h) on land. 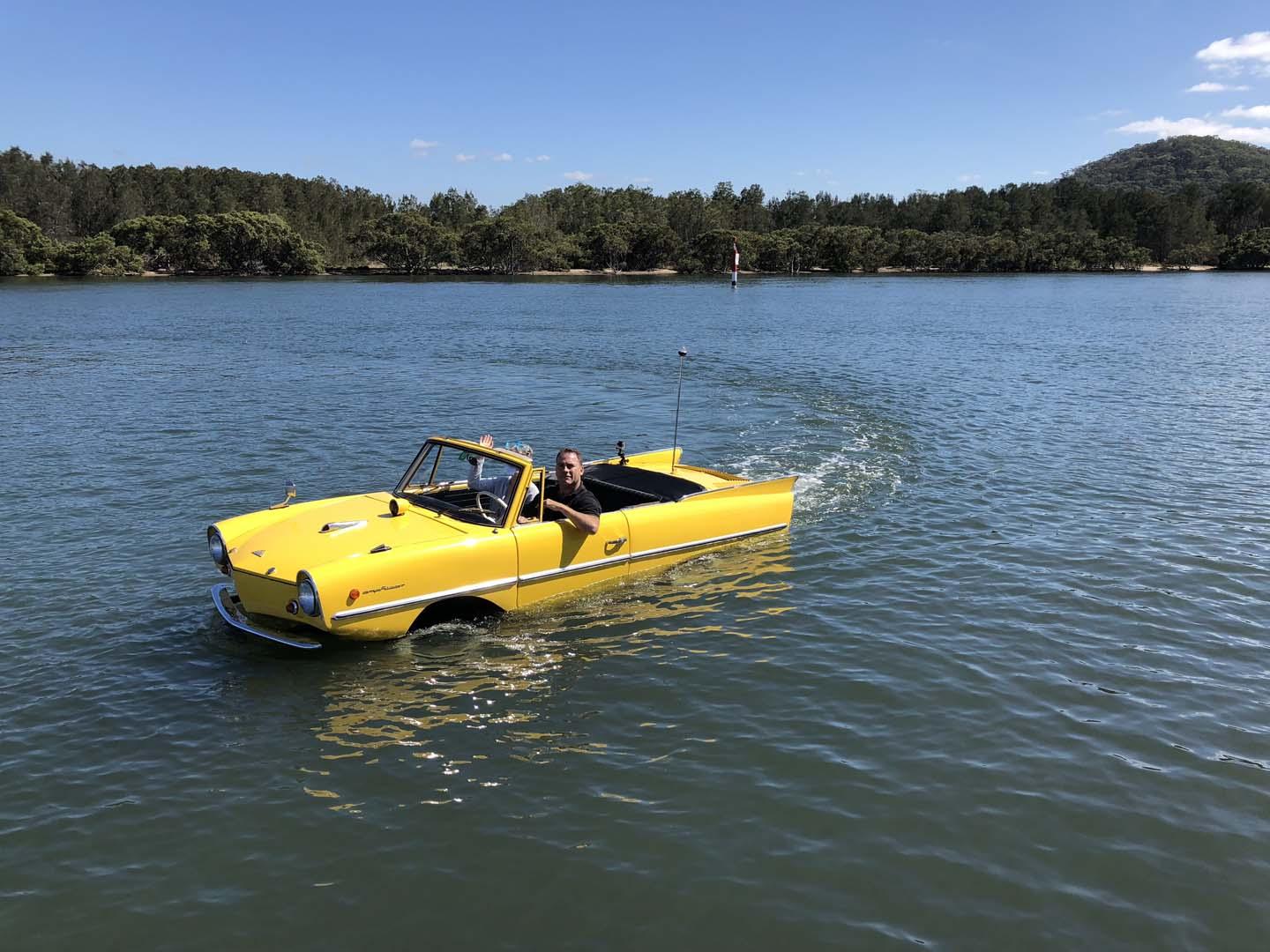 Powered by a rear-mounted 1147cc four-cylinder engine from a Triumph Herald that drove the rear wheels through a 4-speed all-synchro transmission, the Amphicar featured a particularly low first gear ratio that made for easier egress on boat ramps and river banks with gradients as steep as 37 per cent.

The same engine drove the twin rear propellers, which featured a simpler single forward and reverse gear. In the water, the car’s front wheels served as rudimentary rudders. The Amphicar also featured fully independent suspension and an electric bilge pump as standard.

Following its arrival here, the GCCM’s Amphicar was put to the test on Brisbane Water (near the museum) and Sydney Harbour, but it’s very much a ‘stillwater’ vehicle, despite a relatively decent freeboard (the distance between the waterline and top of the hull) of 14 inches (355mm).

For all its capabilities, the Amphicar never reached anywhere IWK’s 100,000-unit break-even point before the project was wound up. In the years that have followed, natural attrition, exacerbated by the lack of rustproofing on the steel hull and body, has cut the number of survivors to what’s believed to be less than 500 road and seaworthy examples worldwide.

To see the GCCM’s Amphicar 770, call in to the museum at 3-13 Stockyard Place, West Gosford, from Wednesday to Sunday, 9AM to 5PM. 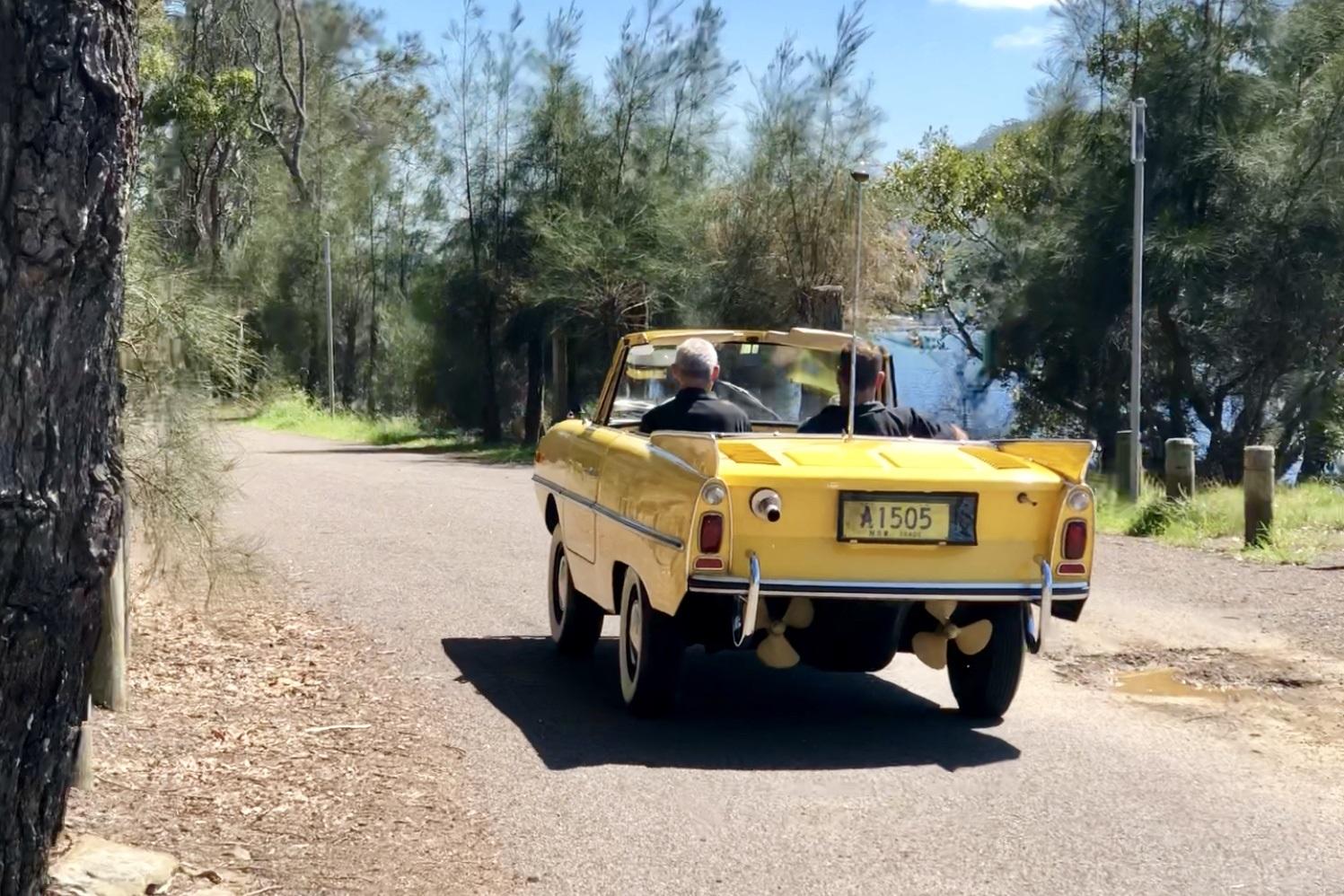