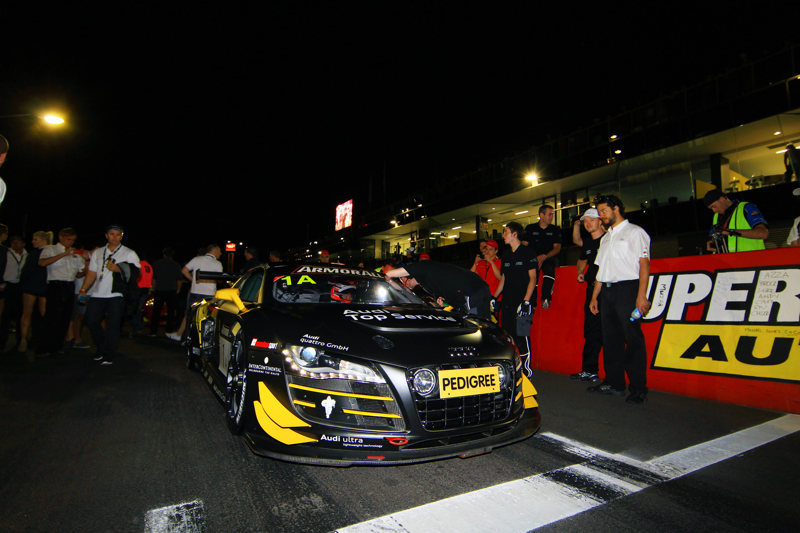 The Phoenix Racing Audi of Christopher Mies, Darryl O'Young and Christer Joens completed a total of 270 laps to secure first place. The 6.2km Mount Panorama circuit is challenging enough in the dry, but drivers in this year's Bathurst 12 Hour had to contend with heavy rain and fog for two thirds of the event. The number 20 - Erebus Racing-Mercedes-Benz SLS AMG of (Tim Slade, Jeroen Bleekemolen, Peter Hackett, Bret Curtis) ended up taking second place, only 1.13.2838 minutes down on the Audi, followed by the number 33-Clearwater Racing-Ferrari 458 Italia (Weng Mok, Craig Baird, Matt Griffin) in third place, two laps down.

The number 17-Il Bello Rosso-Ferrari (Allan Simonsen, Dominik Farnbacher, John Bowe, Peter Edwards) had a few problems, firstly running out of fuel and then, after a spirited drive during which Simonsen set a new outright race lap record at Mount Panorama in 2.06.3311 minutes, eventually retired due to electrical trouble. An hour past the halfway-mark, it was also over for the number 2-Phoenix Racing-Audi R8 LMS (Craig Lowndes, Warren Luff, Mark Eddy) following an impact into the barriers.

The number 53-Boss Plaster-Holden HSV GTS (Rick Newman, Dean Lillie, James Atkinson) more than made up for its misfortune in qualifying by winning class D, Ahead of the number 7 entry of Maximum Motorsport - D.Herridge/J.O'Dowd/A.Kennard. They were leading early on when there Sti suffered a blown turbo with just a quarter of the race to go. The team repaired it and recovered to second but couldn't catch the HSV. 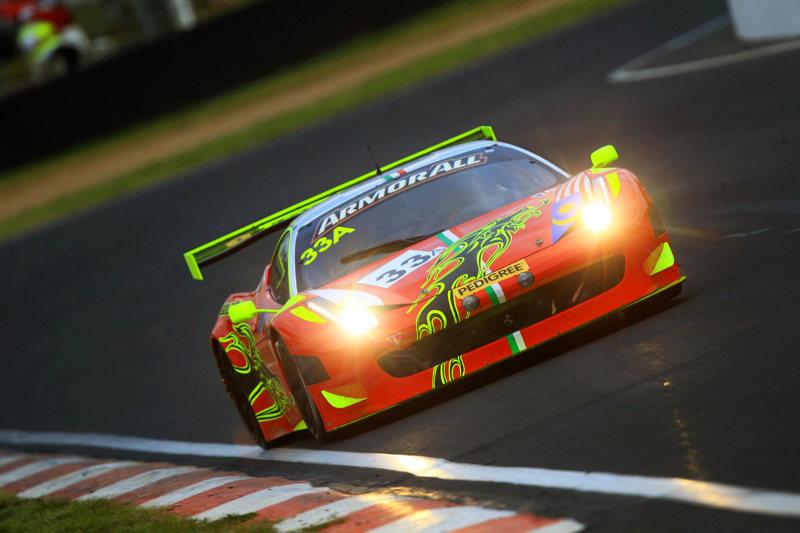 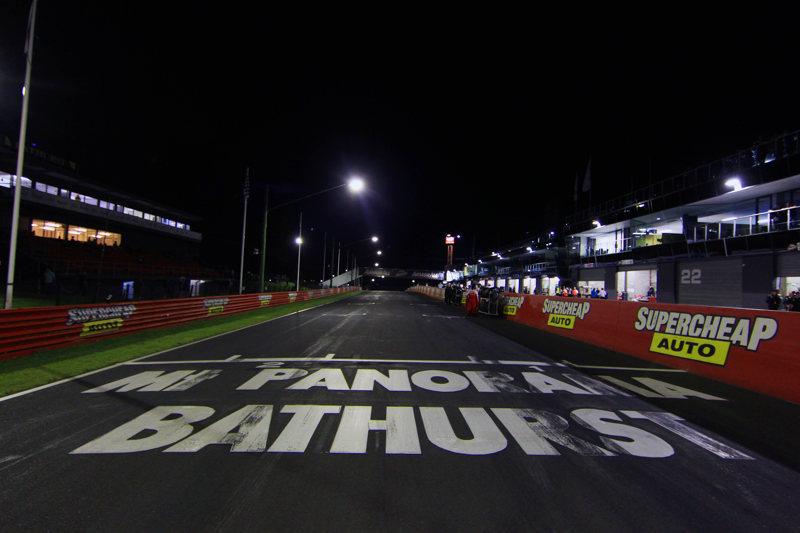 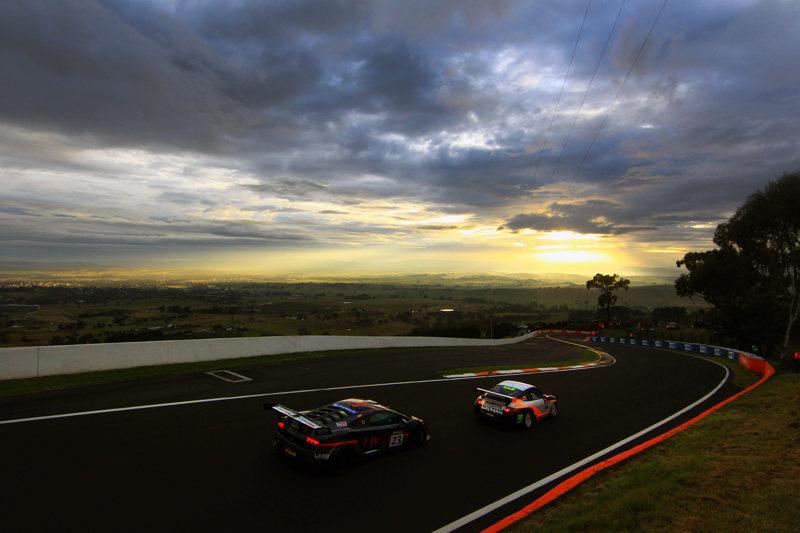 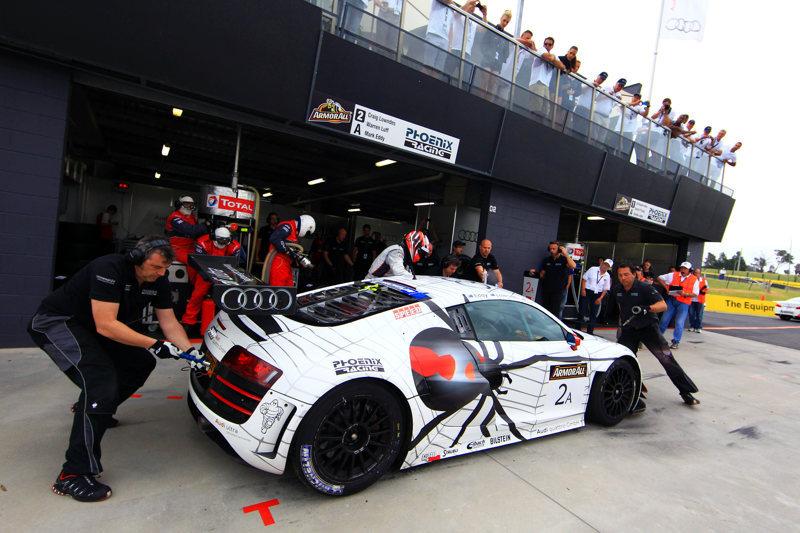 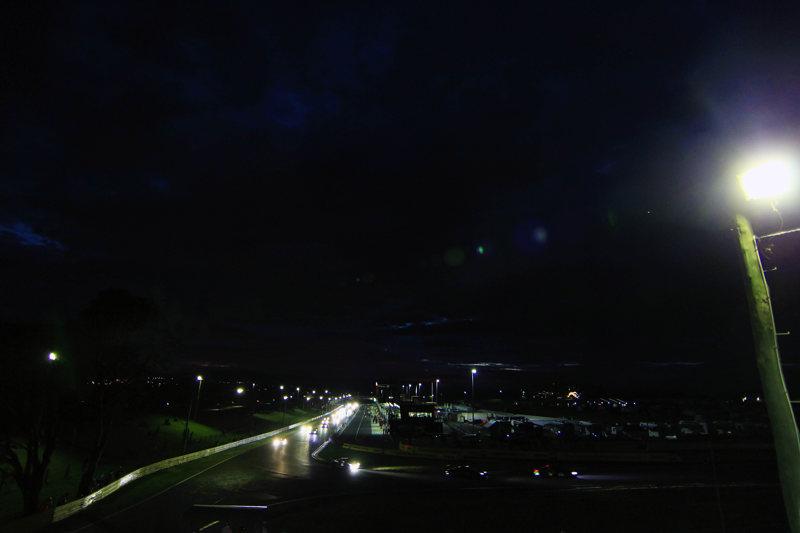 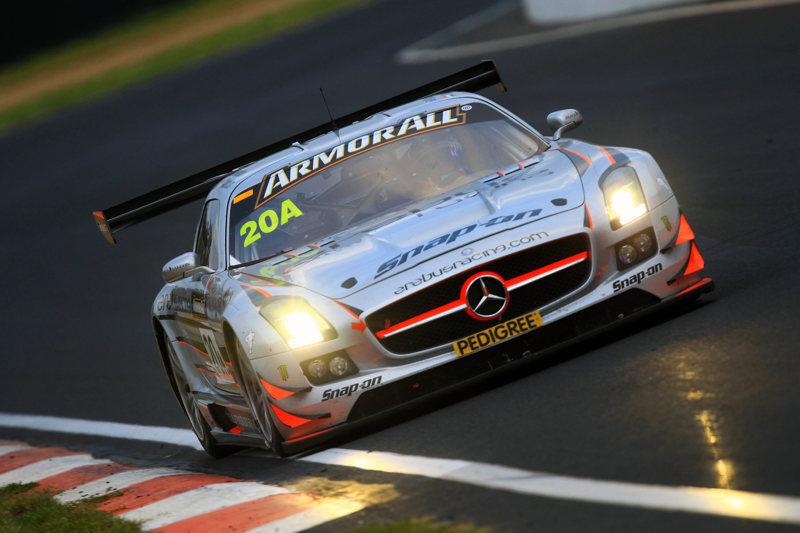 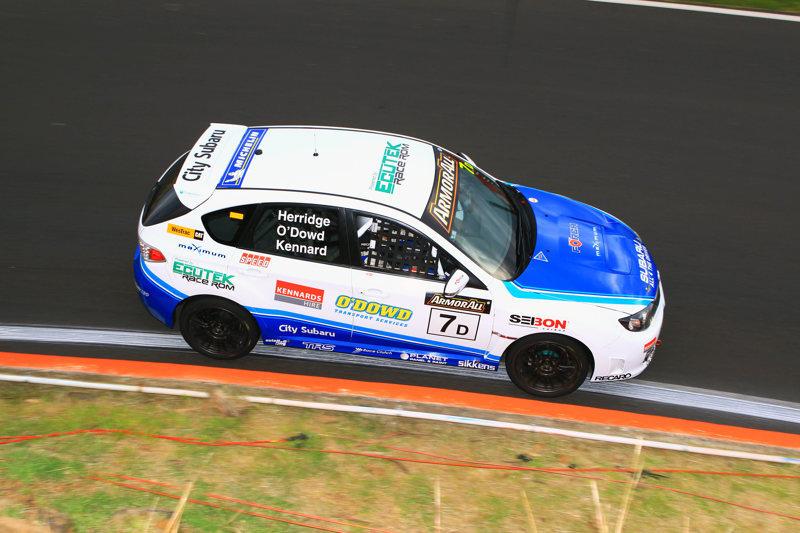