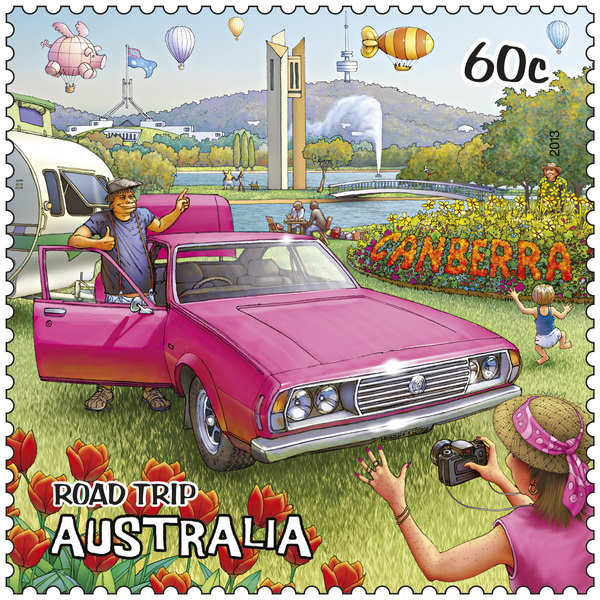 Australia Post have announced a return of their popular 'Road Trip Australia' 60 cent stamp issue from 2012, with the new issue for 2013 featuring all new illustrations by Aussie artist, Gavin Ryan.

Ryan has gone for some quirky choices for this year's five-stamp set. In addition to the expected Toyota LandCruiser (an early FJ40 series by the look of it) that features in two of the stamps, there's also a Leyland P76, Toyota Tiara and what appears to be a mid-1980s Mitsubishi Sigma wagon.

"We trust this second issue in the Road Trip Australia stamp series will be as popular as the first. The colourful and playful stamp designs should appeal to everyone, especially young collectors," said Australia Post Philatelic Manager, Michael Zsolt.

Sydney, with its magnificent harbour setting, is a major tourist destination for both domestic and international visitors. This stamp includes the Sydney Opera House which this year marks 40 years since its opening.

Nestled around the gentle curve of Port Phillip Bay, Melbourne is an enviable cultural hub, and much diversity and vibrancy evident through its theatres, galleries, museums and restaurants. The stamp design depicts the well-known seaside suburb of St Kilda, and its iconic pier and kiosk.

Adelaide is commonly known as the City of Churches and often as a city of festivals, too which are both displayed on the stamp. The city is host to the popular Adelaide Festival, which showcases some of the world's best performing, visual and literary artists, and to the renowned world music festival WOMADelaide.

This year is the 100th anniversary of our nation's capital, Canberra. The federal capital is home not only to Parliament House and some of Australia's most important cultural institutions, but also the 55-bell National Carillon on Aspen Island, Lake Burley Griffin, shown on the stamp design under a sky filled with Canberra's famous hot-air balloons.

The Gold Coast is a 70-kilometre stretch of coastline that runs from South Stradbroke Island, Queensland, to the border of New South Wales. With its warm climate, beautiful beaches and mega theme parks, the Gold Coast attracts several million sun-seekers each year. The stamp design shows our road-trippers going off-road and onto a roller coaster.

The Road Trip Australia stamp issue was released on July 2, and will be available from participating Australia Post retail outlets (via mail order on 1800 331 794 and online at auspost.com.au/stamps) while stocks last. 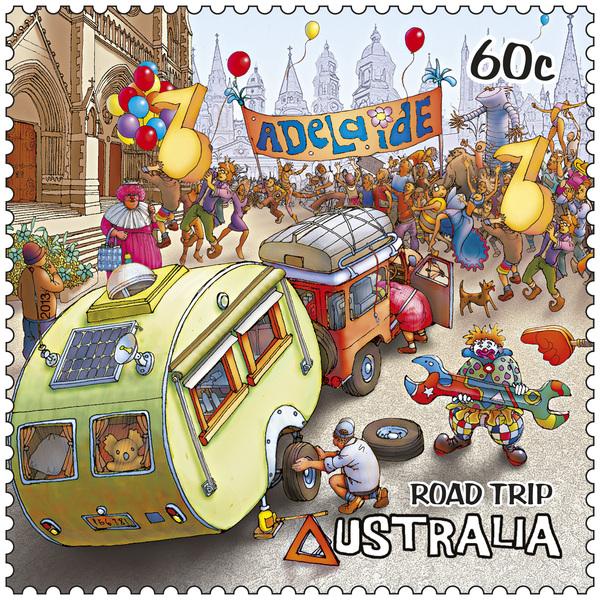 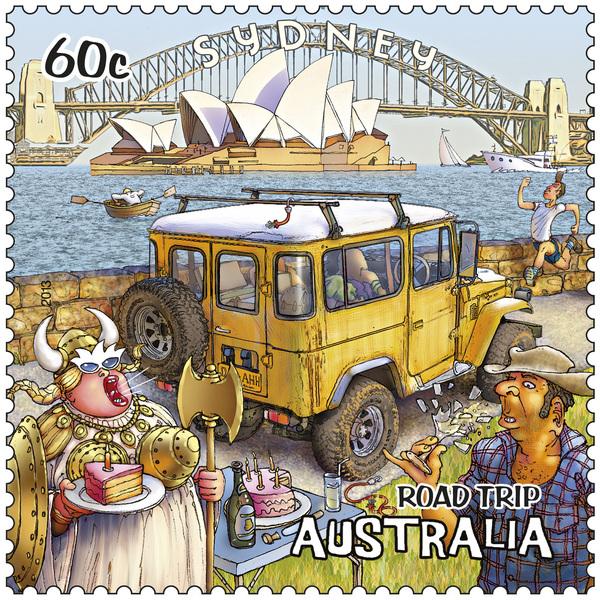 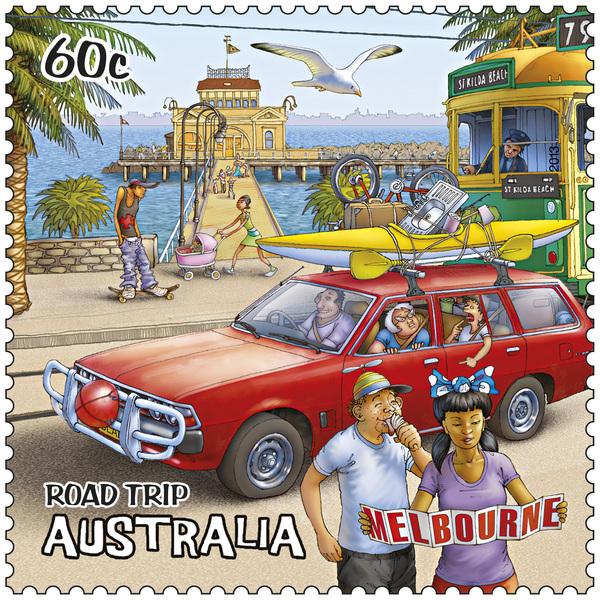 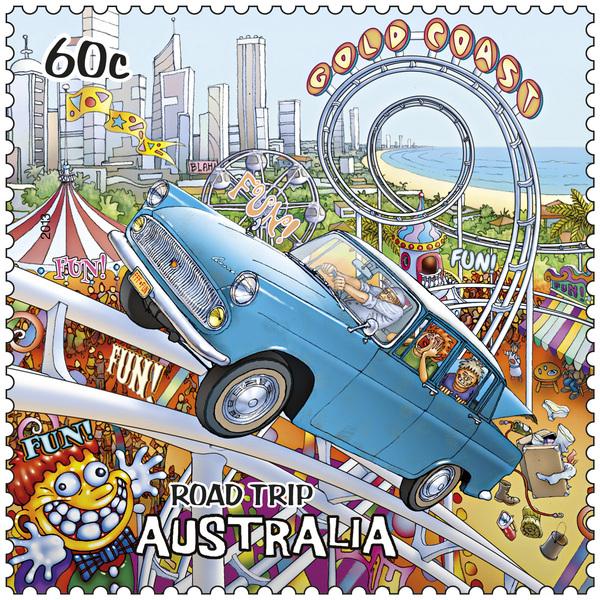