Ice Break commissioned a local motorsport designer to create a leather two-seater to race down the runway at Camden Airport
In a stunt sponsored by Ice Break iced coffee drink, Australia has unofficially claimed the Guinness World Record for 'Fastest Sofa' this week. The record had previously been held by Marek Turowsk from Leicestershire, UK. Turowsk clocked 92mph or 148kph in his race for the record

Ice Break commissioned a local motorsport designer to create a leather two-seater to race down the runway at Camden Airport. Naturally, as the event was sponsored by Ice Break, the record-setter had to include a "coffee" table as well!

In the official lap this past Tuesday, September 27, with driver Glenn Suter at the wheel, the Ice Break 'Fast
Couch' reached a maximum speed of 163kph or 101mph. The couch and table, complete with fruit bowl, mug andbook, made for a very intriguing sight as it bolted down the runway.

Footage from the record-setting run, part of the 'Add A Motor To It' series - which launched on the Ice Break YouTube channel on Wednesday 28 September - has been submitted to Guinness World Records for consideration. 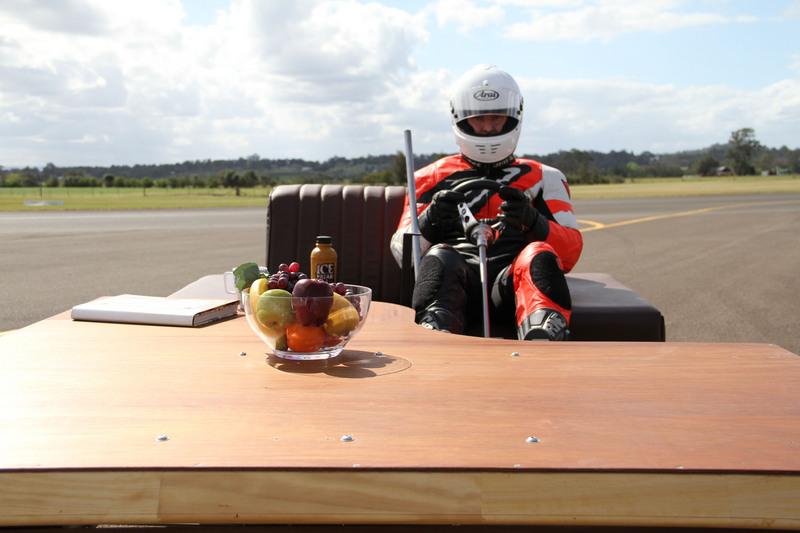 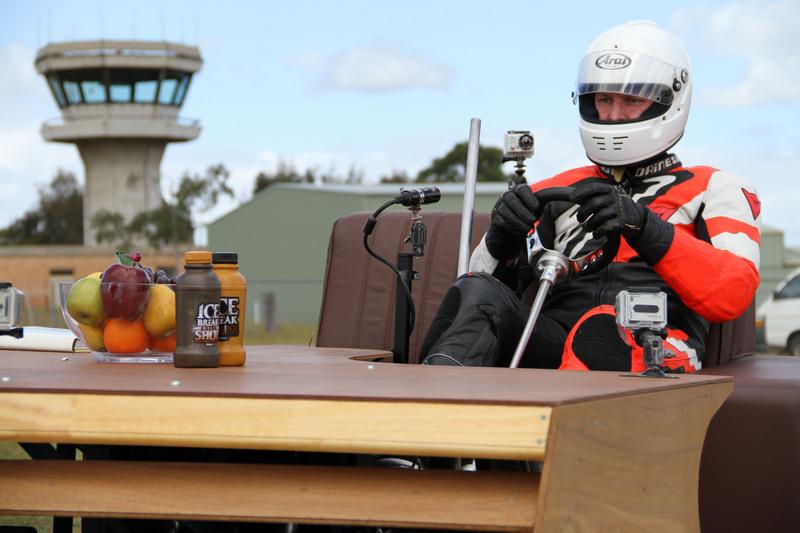