Open to all Mustang Owners Club of Australia (MOCA) members, the 2014 Mustang & Shelby Nationals is set to be the biggest ever, with more than 400 Mustangs expected to descend on Geelong and surrounding districts for the four-day event.

While the Mustangers will be taking part in a number of MOCA-only activities, the general public will get their chance to see all the Mustangs up close on Sunday, April 20, when the main display day will be held at Deakin University's Gheringhap Street campus. The display is open to all Mustang owners, space permitting, but Show 'n' Shine judging on the day will be restricted to MOCA members only.

The display opens to the public from 10:00AM, with cars on display until approximately 3:00PM. Expect to see examples of all Mustang generations, from the earliest '1964 ½' models up to the latest S197 series, with Mustang icons like the Boss 302, Mach 1, Shelby GT350, Bullitt, Eleanor and more on show.

There's sure to be rarities, special editions, customised 'Stangs and some making their show debuts at the event, too. Who knows, maybe one of the brand new, seventh generation Mustang unveiled last December might make an appearance!

There will also be trade stands, parts & accessories vendors, cars for sale, food vendors and memorabilia on sale throughout the day.

The display day will also see the drawing of the Nationals' major prize - a 1966 Ford Mustang GT coupe. Valued at $45,000, the stunning Rangoon Red coupe has been touring shows for the past few months, promoting the 50th Anniversary Nationals. An ideal - and cheap! - entry into Mustang ownership, Anniversary Raffle tickets are only $5.00 each, and are available here.

In the Mustang's 50th Anniversary year, the 2014 Mustang & Shelby Nationals display day is set to be the biggest in Australia, so make sure you don't miss it! 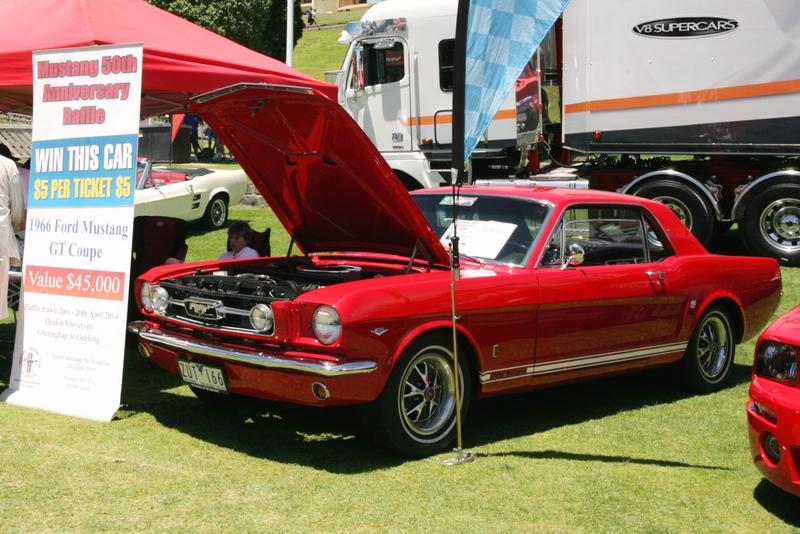 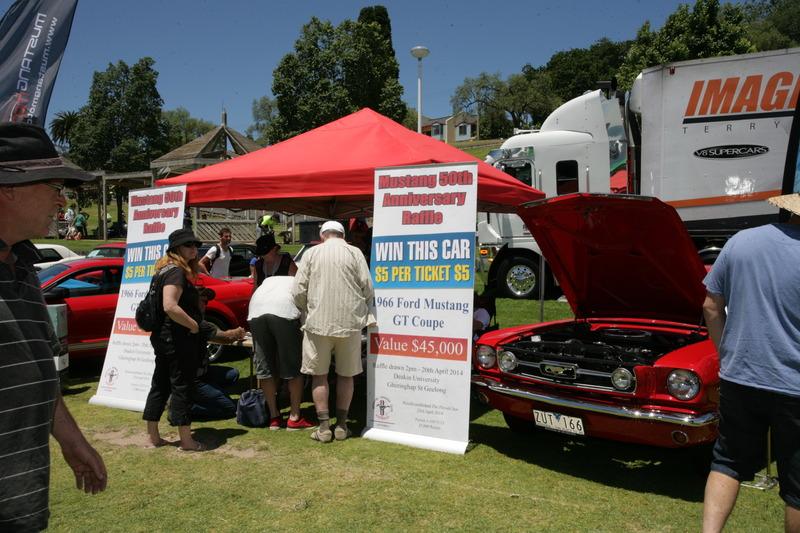