Following the success of their ‘Continuation Series’ reproductions of the “Blower” 4.5-litre supercharged model from 1929, Bentley are undertaking a new Continuation Series, this time based on the Speed Six, with which Bentley won the 24 Hours of Le Mans in 1929 and 1930. 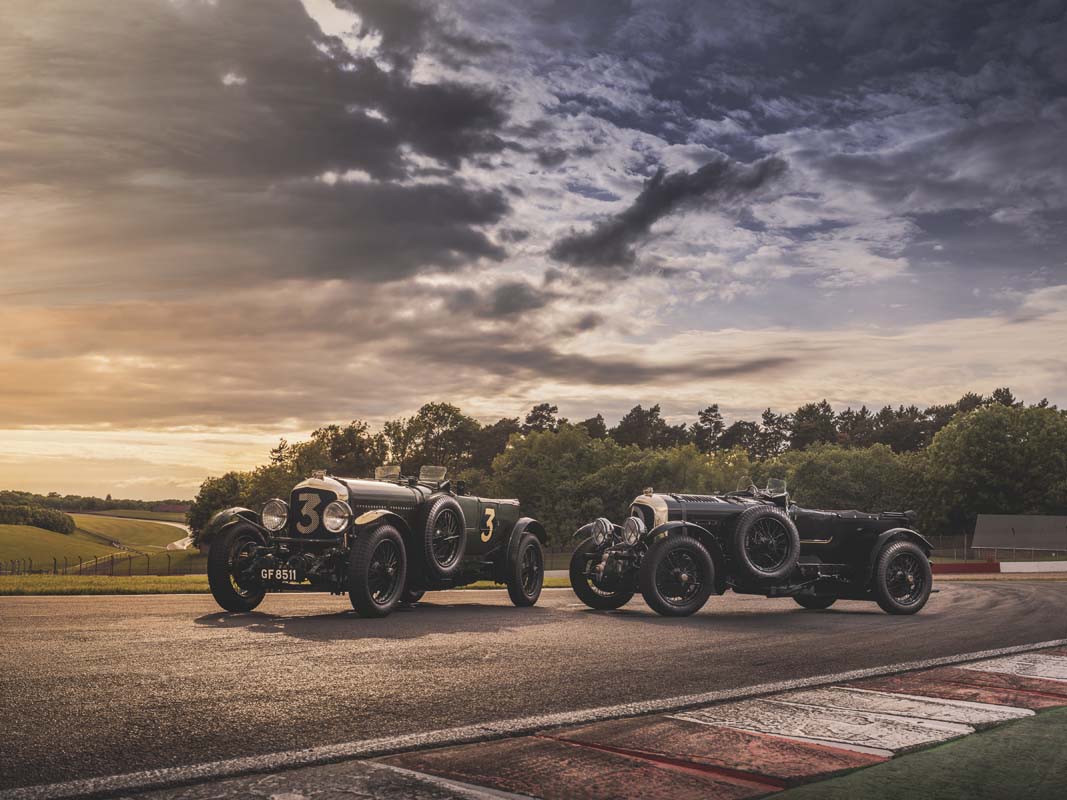 Announced at the Goodwood Festival of Speed in June, the Speed Six Continuation Series will be limited to just twelve units, all of which will be mechanically and aesthetically authentic recreations of the original Speed Six. 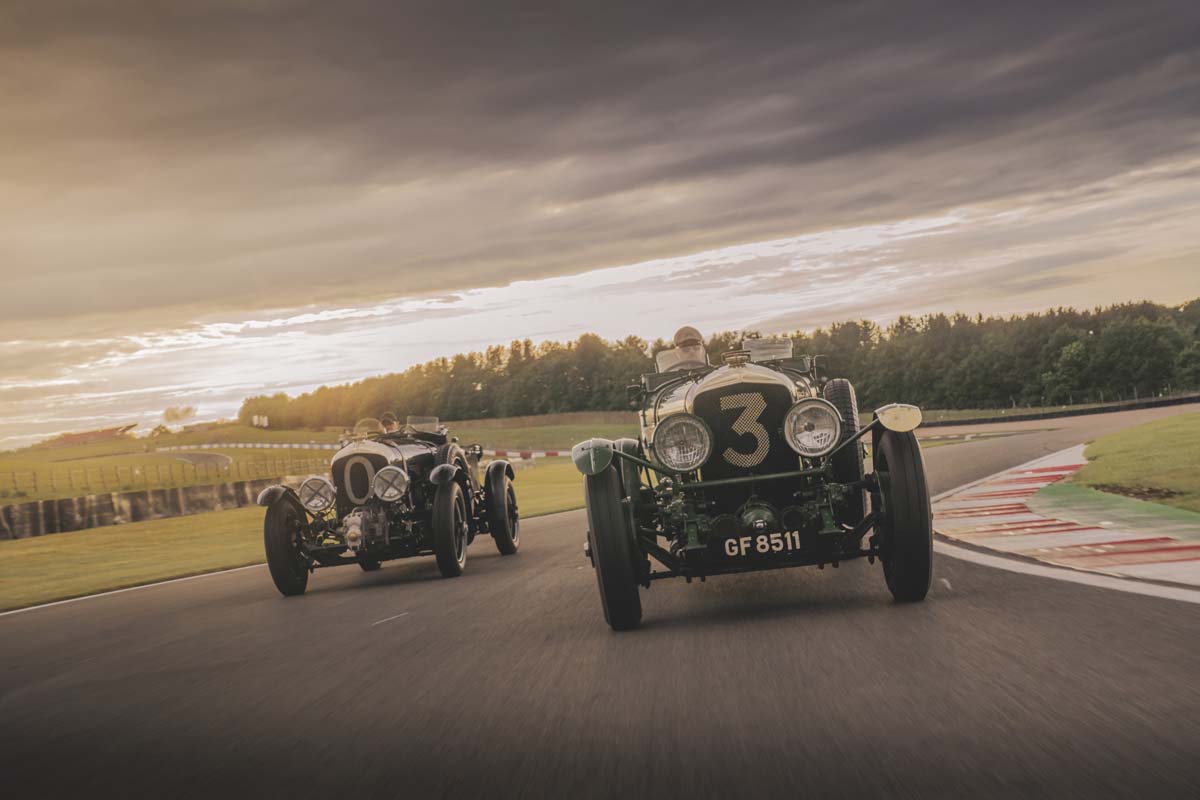 “The Speed Six is one of the most important Bentleys in our 103-year history, and the 12 cars of the Continuation Series will embody the same values as W.O. Bentley’s originals, crafted by hand with the same meticulous attention, both to engineering quality and to fanatical attention to detail,” said Bentley’s Chairman and Chief Executive, Adrian Hallmark.

“The lucky owners will be able to race their cars around the world, and truly relive the exploits of the original Bentley Boys.” 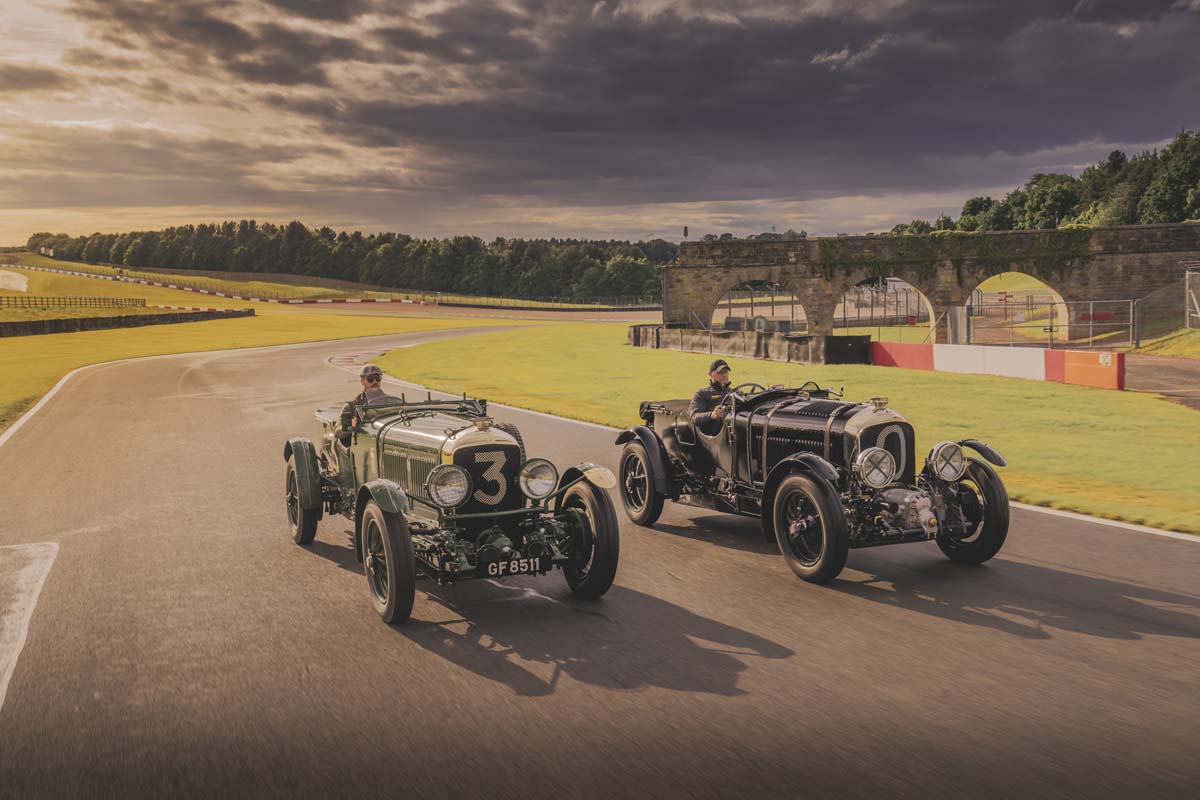 The Speed Six was born from the 6 ½ litre model, which had been W.O. Bentley’s answer to the need for more performance.

Introduced in 1926, the 6 ½ litre was one direction, with the other taken by Henry ‘Tim’ Birkin (one of the “Bentley Boys” racers and a former Bentley factory mechanic), who put his faith in supercharging the existing 4 ½ litre model to create what would be known as the Blower Bentley.

To trump the Blower Bentley, the Speed Six was introduced in 1928, offering 180bhp (134kW), thanks to an upgrade of the 6 ½ litre engine that included replacing the single Smiths carburettor with twin SU carbs, uprating the camshaft and increasing the compression ratio.

The racing version of the Speed Six had an even shorter wheelbase than the regular production examples, at 3.35 metres, with the engine tuned further, too. 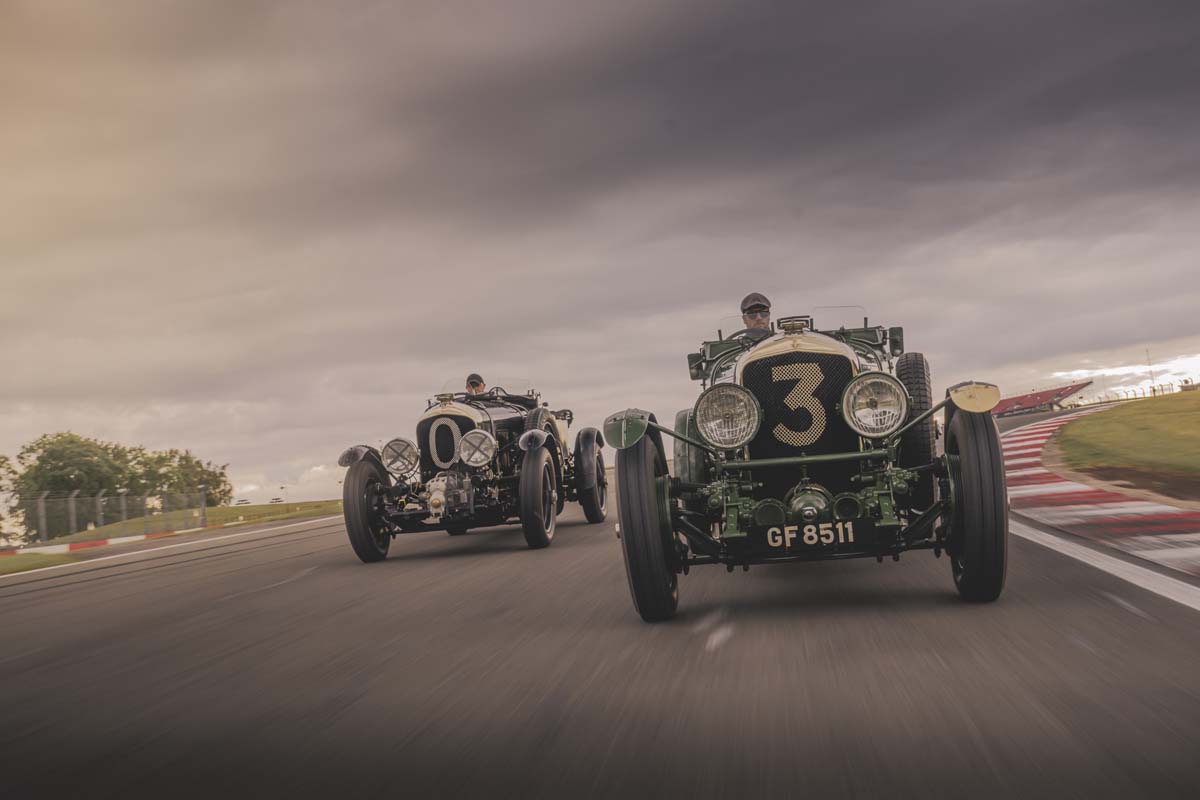 W.O. Bentley’s faith in more displacement over forced induction was rewarded when works examples of the Speed Six won the 24 Hours of Le Mans in 1929 and 1930, the third and fourth successive wins for the marque at La Sarthe. The 1929 victory was particularly impressive, with the Speed Six driven by Woolf Barnato and Tim Birkin leading from start to finish, setting a new lap record and new race record, while Bentleys filled the first four places. 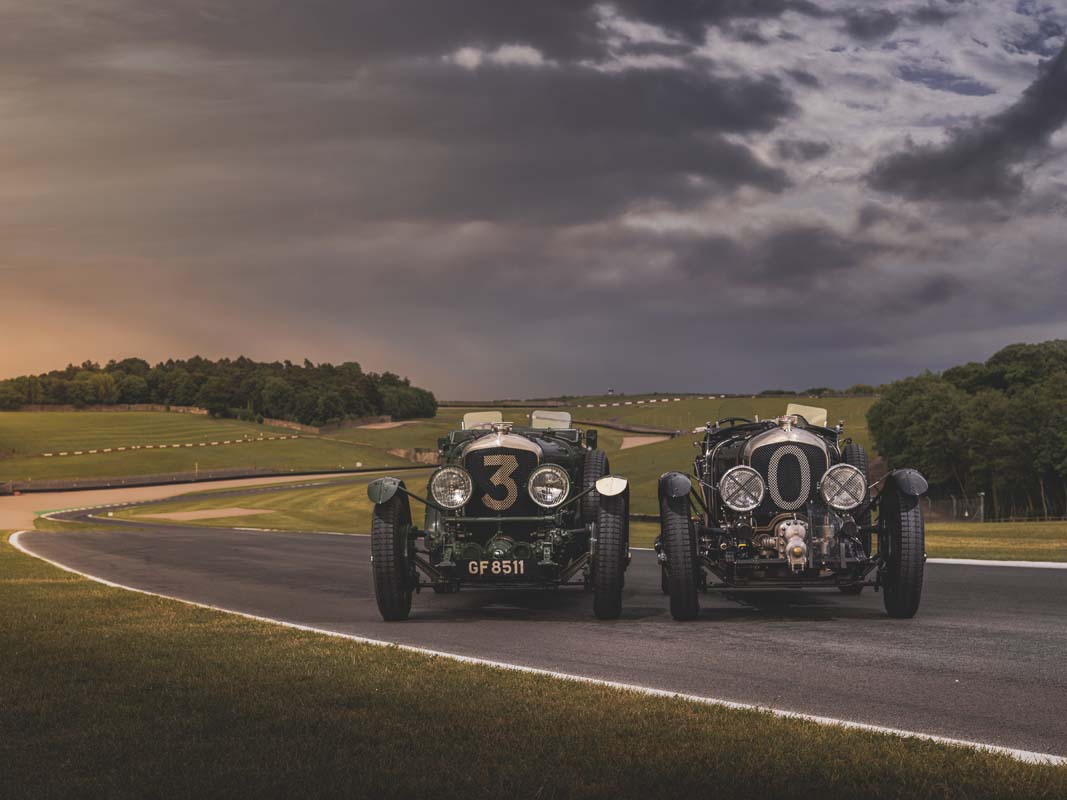 To create a new Speed Six, the Bentley Mulliner division will call on techniques and skills learned in the creation of the Blower Bentley Continuation Series. They also have two original examples to reference.

The first is “Old Number 3”, which had been raced at Le Mans in 1930 and preserved in running condition since. The second is ‘GU 409’ from Bentley’s own Heritage Collection, and although originally a road car, it has been restored to the same specification as the works racers.

The Speed Six Continuation Series will replicate the original in all other areas, too, including the same suspension, brakes, electrics and reproduction Vanden Plas four-seater bodies.

Much of the work will be done by Mulliner, but automotive heritage specialists around the UK will be called upon to provide recreation parts and specialty services to bring each Speed Six Continuation Series to completion.

“After incredible levels of skill were acquired by the Mulliner team through the development of the Blower Continuation Series, a chance to honour the Speed Six is a fantastic next step,” said Hallmark.

“It’s vital that we protect, preserve and develop not just this important part of our heritage, but also the knowledge we’ve gained through working with these classic Bentleys.” 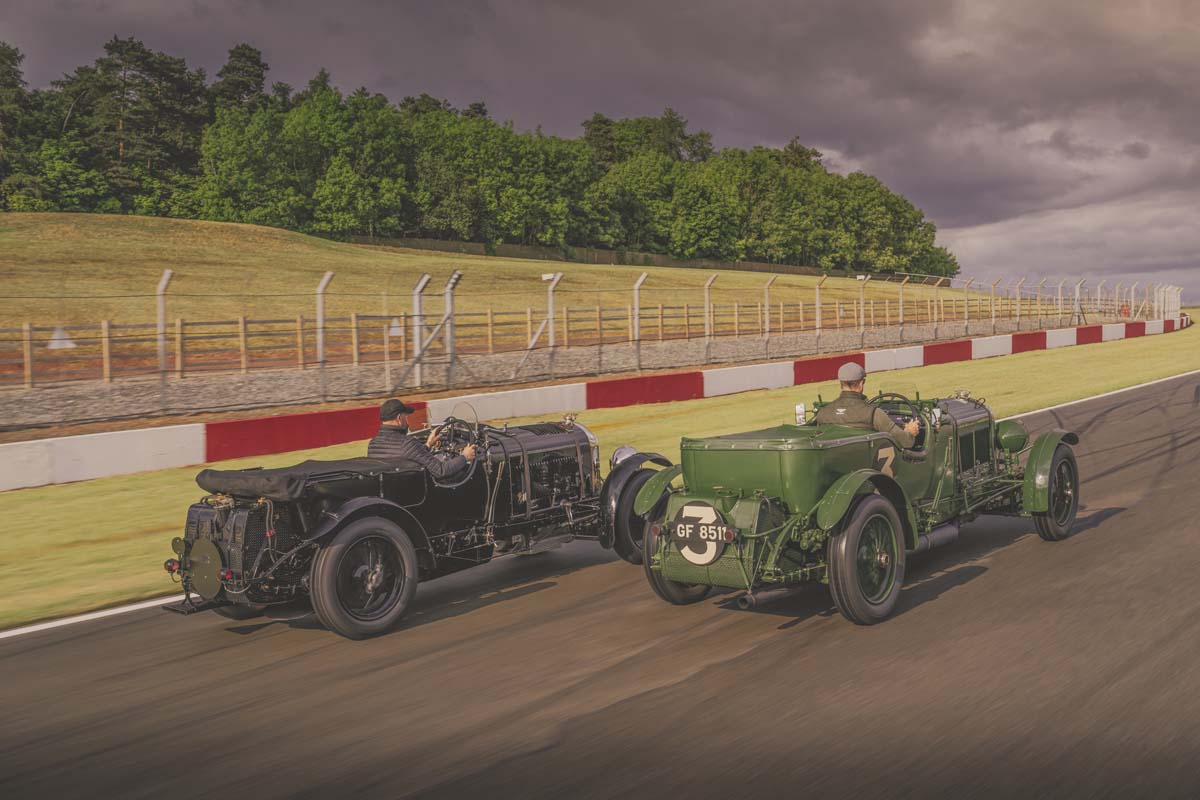 Despite a price of £1.5 million (AU$2.61M) for each unit, all twelve Bentley Speed Six Continuation Series cars have already been reserved by what Bentley say are “lucky customers around the world”.

The first all-new Speed Six will be completed later this year and serve as an engineering testbed for the twelve customer cars. This development vehicle, “Speed Six Car Zero”, will be retained by Bentley, joining Blower Car Zero in the carmaker’s collection.