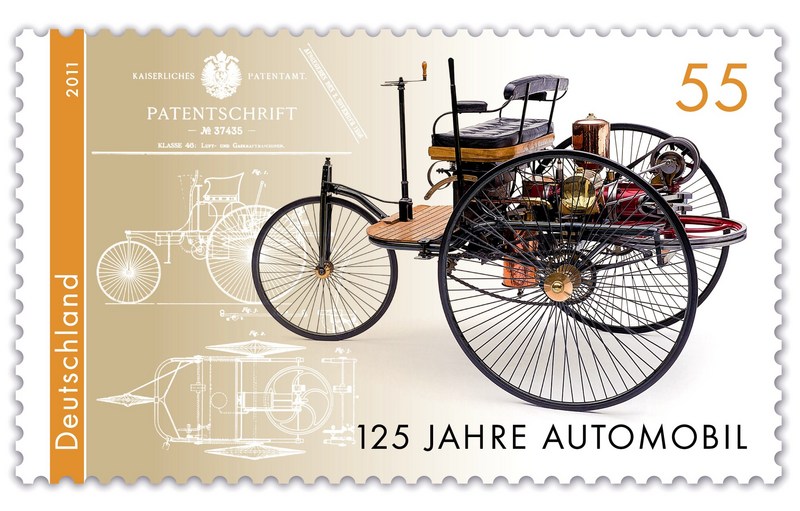 125 years ago the Kaiserliche Patentamt (Imperial Patent Office) in Berlin granted Benz & Co. in Mannheim the patent No. 37,435 for a "vehicle with a gas engine drive system"
A special postage stamp and a coin commemorating the 125th jubilee of the invention of the automobile have been released in Germany.

125 years ago the Kaiserliche Patentamt (Imperial Patent Office) in Berlin granted Benz & Co. in Mannheim the patent No. 37,435 for a "vehicle with a gas engine drive system". This patent is generally regarded as the birth certificate of the automobile. "Patentirt im Deutschen Reiche vom 29. Januar 1886 an" - "patented in the German Empire from 29. January 1886 on": thus reads the document. To mark the occasion, Germany's Federal Finance Ministry have issued a special postage stamp and a special coin to celebrate the automobile's 125th birthday.

The postage stamp shows the first motor car in the world, with a drawing of the patent of 29th January 1886 as a background. The stamp has a denomination of 55 cents and was released in German Post Offices on May 5th.

In June, a special commemorative coin "125 years of the automobile" with a denomination of 10 euros, followed. Thecoin design was based on the circular shape on the steering wheel, both obverse and reverse deal with the theme of individual mobility such as that which the motor car makes possible.

While 1886 is universally acknowledged as the "birth year" of the automobile, Carl Benz carried out the first test runs of his three-wheeled patent motor carriage in October, 1885. Following the patent in January, 1886, Benz's motor carmade its maiden public journey on July 3rd,1886 on the Ringstrasse in Mannheim. 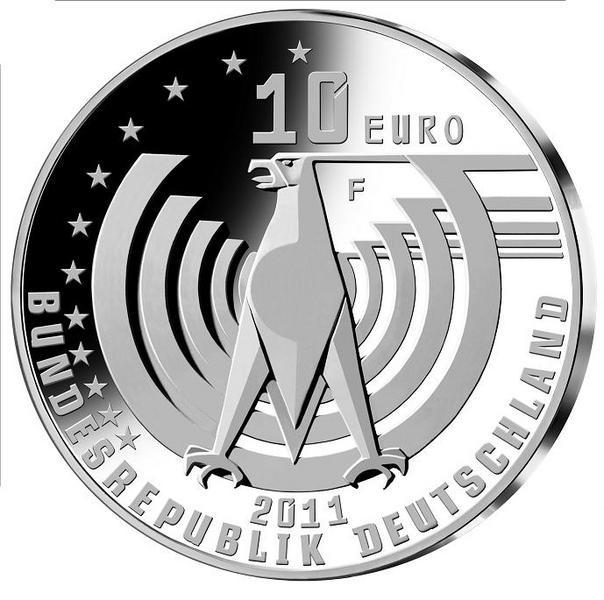 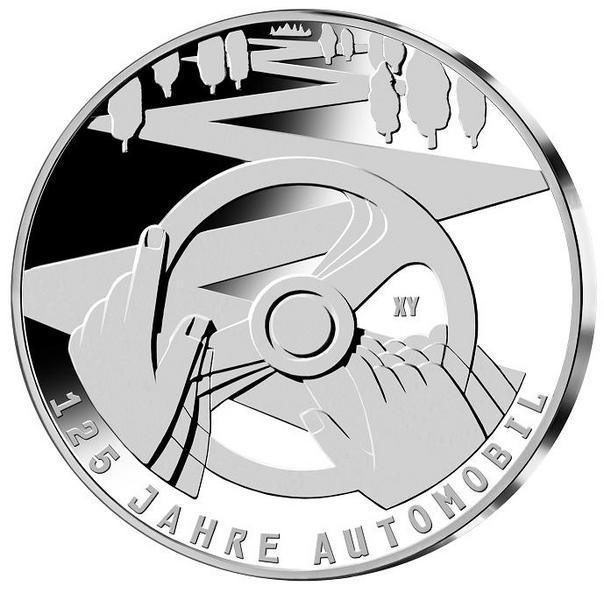