This year will see the first use of BMW's M4 Coupe with M performance accessories as the Safety Car. The new six-cylinder turbo engine combines the benefits of the high-speed normal-aspiration power unit with the strengths of turbo technology. A consistent lightweight construction approach has reduced the weight by about 80 kilograms compared with the previous 3-Series model.

This year sees the introduction of a medical car for overseas races, increasing the level of protection offered to the riders.

"For Dorna Sports, the cooperation with BMW M is more than just a partnership, it's a friendship. We are very proud of this recently renewed co-operation," said Carmelo Ezpeleta, CEO of Dorna Sports.

"I'm delighted that an international brand like BMW M, which shares the MotoGP World Championship's passion for performance, quality and excitement, will continue to be an integral part of our world championship in the 2014 season."

Like its sister model, the BMW M3 Limousine, the new BMW M4 Coupe arrives with racing genes, which included thousands of test laps of the iconic Nurburgring- Nordschleife. Among the examiners were BMW DTM drivers Timo Glock and Bruno Spengler.

Developed completely from scratch, the M4's six-cylinder in-line engine with M TwinPower turbo technology and high-revolution concept generates a maximum torque of 550Nm at a top output of 431hp. In doing so, it exceeds the peak value of its predecessor, the M3, by almost 40 per cent. The M4 Coupe accelerates from 0 to 100 km/h in just 4.1 seconds.

The new performance coupe weighs 80 kilograms less than its predecessor, thanks to the consistent use of lightweight materials. For example, the roof is made of carbon fibre.

Inside, the Safety Car is fitted with a BMW M Performance steering wheel with race display. RECARO racing seat and Schroth belts provide the necessary comfort and safety while seated. A mixture of carbon fibre and Alcantara trim in other areas, stainless steel pedals and footrests, along with BMW M Performance foot mats, are other features.

The M3 Limousine and M5 Limousine are also used as Safety Cars, while the Safety Officer takes to the track in a modified BMW M6 Coupe. Two BMW M550d xDrive Tourings are used as Medical Cars, with one of these cars to be present at all the overseas races for the first time this year, thus enhancing the level of safety in the MotoGP.

You can find more information on the 2014 Safety Car fleet online at www.bmw-m-safetycar.com 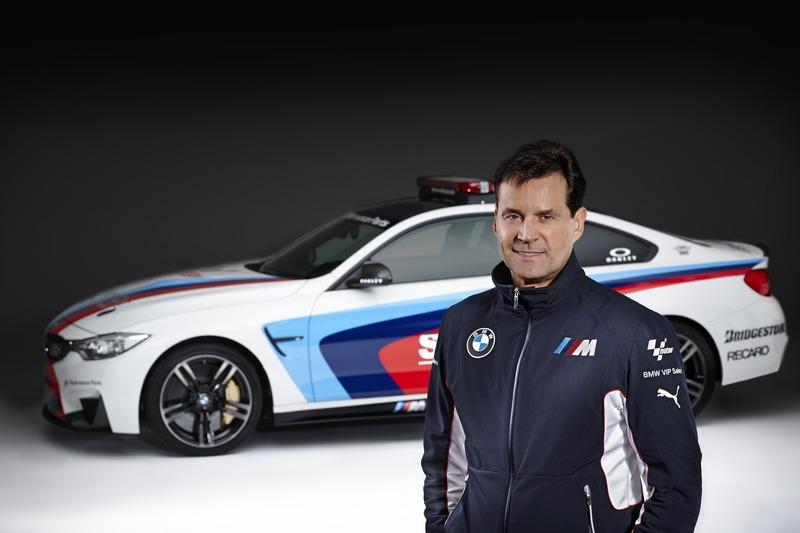 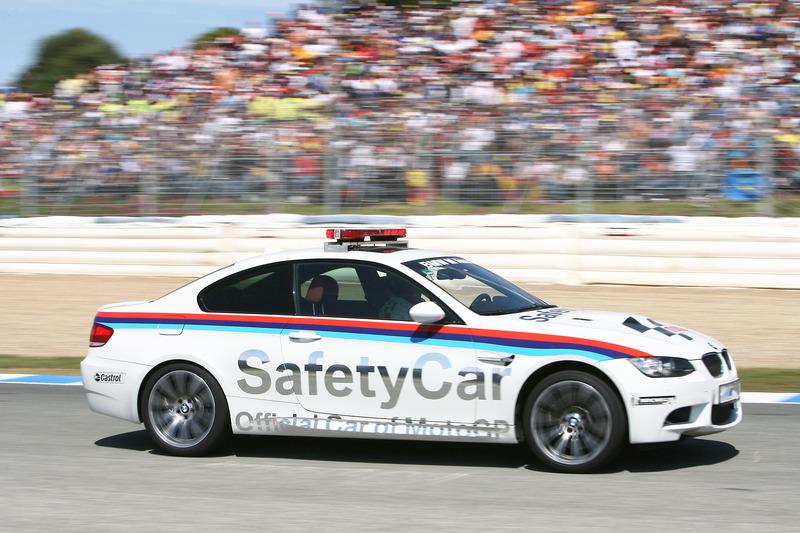