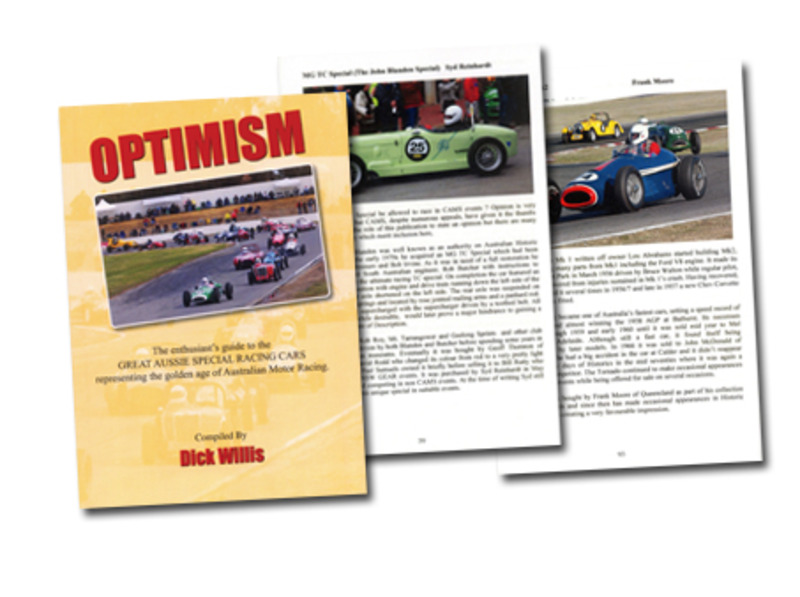 In the case of Australian-made racing specials, that's doubly true, with tales of ingenuity, triumph, tragedy, but most importantly, optimism, behind these locally built, bodied and modified racers.
Ever seen a car competing at an historic race meet and wondered exactly what it was? Often, there's a lot more to the story than what you see on the timesheets or hear on the circuit commentary.

In the case of Australian-made racing specials, that's doubly true, with tales of ingenuity, triumph, tragedy, but most importantly, optimism, behind these locally built, bodied and modified racers.
As the current custodian of more than half a dozen Aussie Specials, and past ownership or involvement with 30 more, Dick Willis is eminently qualified to tell the story behind these Australian-made racing efforts in 'Optimism'.
Subtitled 'The enthusiast's guide to the GREAT AUSSIE SPECIAL RACING CARS representing the golden age of Australian Motor Racing,' Optimism features brief histories on 100 cars created by Australian engineers, individuals and enthusiasts in the (mainly) post WWII period up to the mid-1960s.
Machines featured include the stunning Monza Holden created by Lou Molina, the Paul England-built Ausca (that featured in JUST CARS, August 2012 issue), the Monoskate and SoCal Special campaigned by the Raper family, Willis's own Gladiator Holden Sports, Laurie Knight's Sabrina, and the unusual Foster Holden Sports, to name a few.
Some of the better-known cars include Doug Whiteford's 'Black Bess,' Maybachs 1, 2 and 3, Harry Firth's MG TC Special, Murray Carter's 'Carter Corvette,' and the internationally significant Wikner Ford Special currently owned by Doug Partington.
A page is devoted to each car, with a handy photo (almost all in colour) and text covering the car's origins, competition success and subsequent history.
Now in its fourth edition, Dick Willis's Optimism is a must-have for any fan of Aussie racing history, as well as a handy pocket guide for your next historic racing meet. Act quick to get yours, as only 100 copies have been printed.
Available direct from Dick Willis, Optimism costs $25 ($30 incl. p&p). Send a cheque to PO Box 280, Coffs Harbour, NSW, 2450. Email [email protected] for direct bank transfer details, or call 0427 400 158. 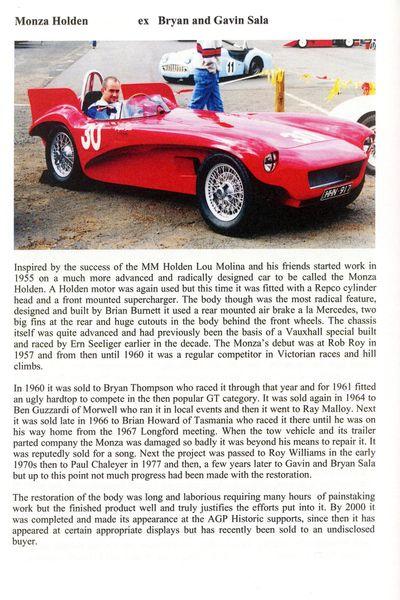 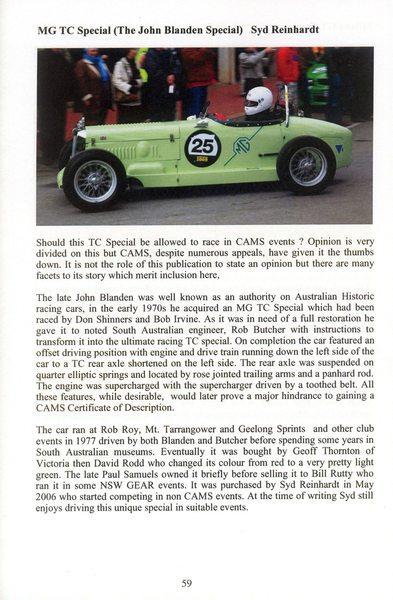