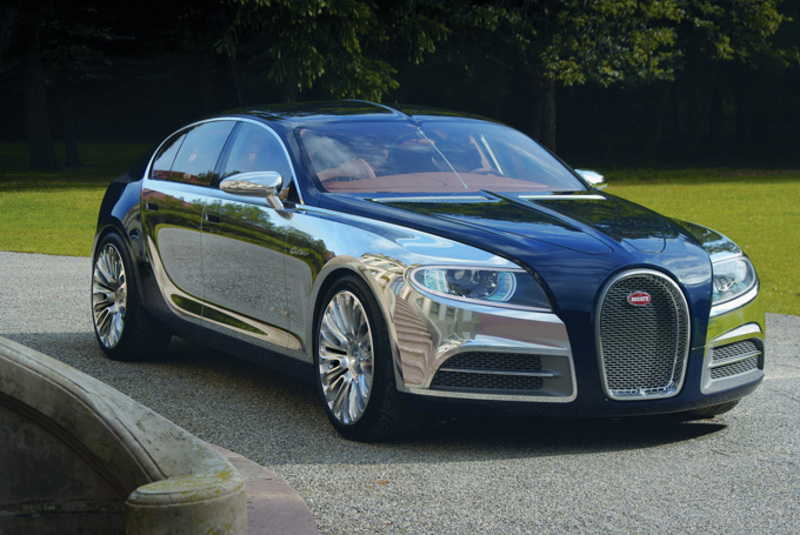 There are not too many cars that make the Bugatti Veyron look like a pace car, but Bugatti have achieved this in the fabulous and exquisite 16 C Galibier. Bugatti wanted to call it the Caliber, but Dodge already had the name in use.

The 16 C Galibier concept is the culmination of the marques centennary year and is intended to be the most exclusive, elegant, and powerful four door automobile in the world. Bugatti president, Dr. Ing. Franz-Josef Paefgen has emphasised that the Galibier is one of several concept with which the company is considering for the future.

This drop dead gorgeous saloon has a body constructed of handmade carbon fibre parts coloured dark blue so that, when illuminated, the woven structure shimmers through. Carbon fibre not only possesses unusually great rigidity but is also especially light. The wings and doors are made out of polished aluminium. The Galibier combines the challenge of uniting sportiness with the comfort and elegance of a modern four-door saloon. The basic architecture picks up on the torpedo like character of the Type 35, which was already revived in the Veyron, and reinterprets it.

With the typical Bugatti radiator grille, big round LED headlights and the clamshell running the length of the vehicle which became synonymous with the brand identity under Jean Bugatti in the Type 57, this car transports the Bugatti genes into the modern world. Beneath the bonnet, which folds back from both sides, there resides a 16-cylinder, 8-litre engine with two stage supercharging. What makes this engine special is that it was developed as a flex-fuel engine and can optionally be run on ethanol. Four-wheel drive, specially developed ceramic brakes and a new suspension design enable the agile, always-sure handling of a saloon of this size. The engine puts out in excess of 1000 horsepower on to a top speed of 350 km/h.

Inside, the dash panel has been reduced to the essential; two centrally located main instruments keep even the rear passengers constantly informed of the actual speed and previous performance. Parmigiani, the Swiss maker of fine watches, created the removable Reverso Tourbillon clock for the Galibier, which may be worn on the wrist thanks to a cleverly designed leather strap. 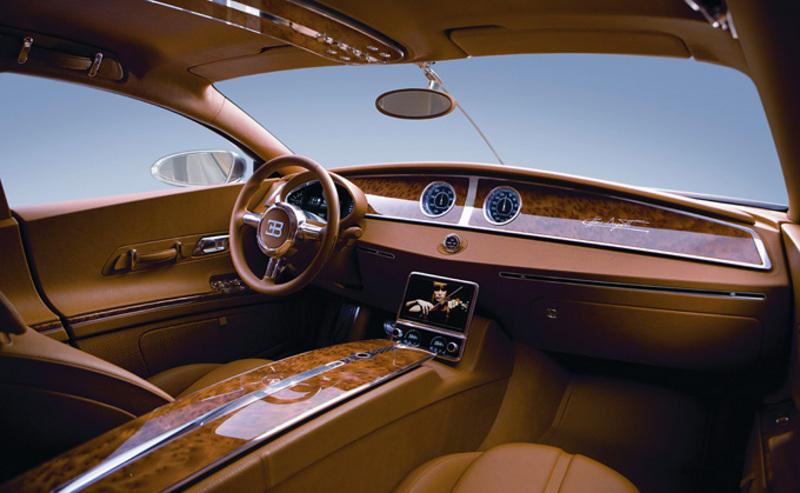 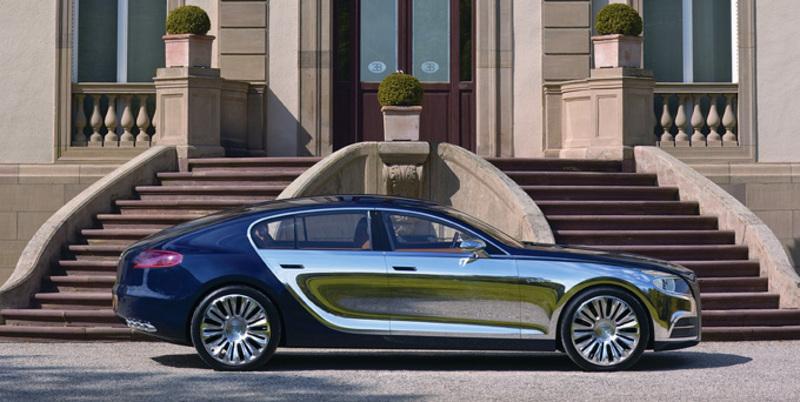 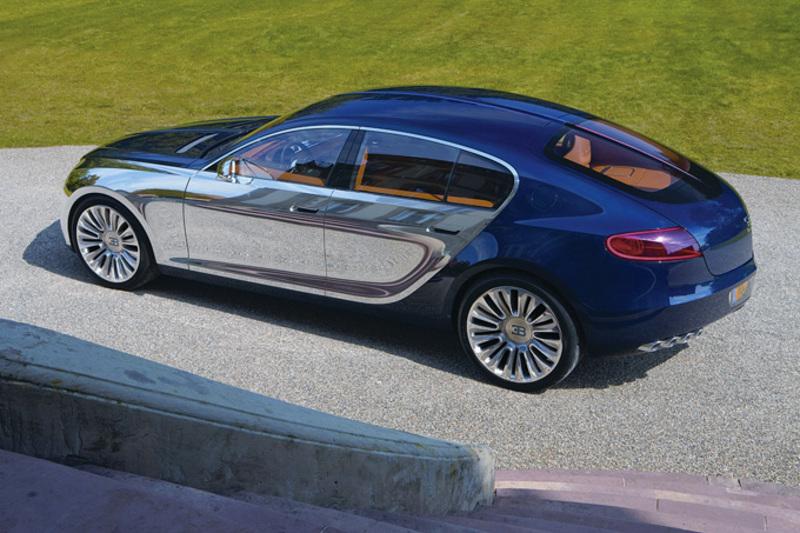