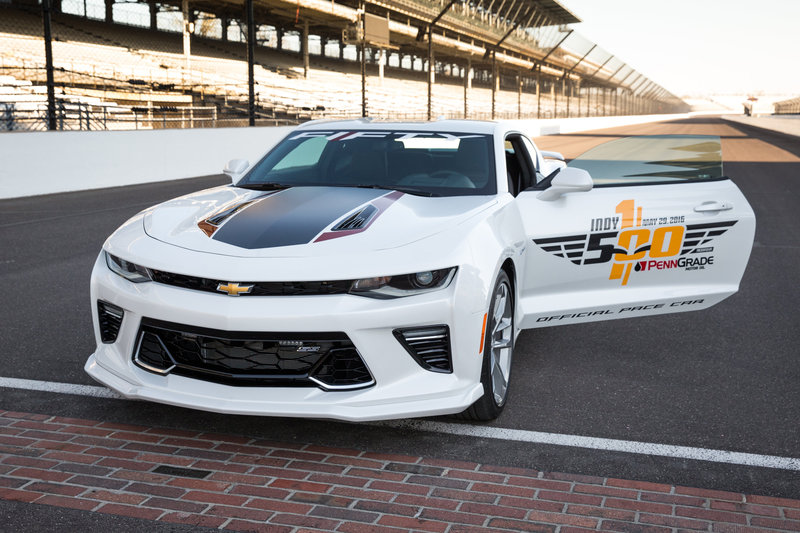 Driver of the pace car will be Roger Penske, who is celebrating his own 50th Anniversary - as a race team owner - in 2016, but is better known here as boss of the DJR Team Penske V8 Supercar team that took a majority stake in Dick Johnson Racing in late 2014.
Chevrolet has produced four identical Camaro's for pace car duty, based on the upcoming 2017 Camaro SS 50th Anniversary Edition, but finished in exclusive Abalone White paint, with Indianapolis Motor Speedway wing-and-wheel logo on the rear quarter panels and "100th Running of the Indianapolis 500" graphics on the doors.
Being based on an SS means the pace car Camaro's are all powered by GM's LT1 6.2-litre V8, producing 455hp (339kW), meaning no performance upgrades are required to lead the field at Indy.
The Penske Connection
"Chevrolet and the Indianapolis 500 have a long, storied history and it's an honour to mark the respective milestones of the Indy 500 race and the Camaro simultaneously," said GM's Mark Reuss. "It's also a privilege to have Roger Penske perform the driving duties, as his team has helped Chevrolet earn four consecutive IndyCar manufacturer titles since 2012."
No other racing team has recorded more wins at the famous 'Brickyard' than Team Penske, starting with Mark Donohue's victory in 1972. Penske and Donohue had established their relationship six years earlier, finding success in Trans-Am racing, where Donohue piloted a Camaro Z/28, winning three of twelve races in 1967 and ten of thirteen in 1968.
While still running his Trans-Am team, Penske tackled the Indy 500 for the first time in 1969.
Later, racers including Mario Andretti, Al Unser and Rick Mears drove for Penske, with Mears winning four Indianapolis 500 races and helping solidify Team Penske as an Indy powerhouse in the 1980s.
Camaro 50th Anniversary Edition
Due for US release later this year, the 50th Anniversary Edition Camaro will be offered on both the LT and SS coupe and convertible variants. Unlike the pace cars, all the anniversary models are finished in Nightfall Grey Metallic with a special 50th Anniversary stripe package and badging - and a black top on convertibles.
The 50th Anniversary Edition's other features include:
-20-inch 50th Anniversary wheels
-Unique grille with satin chrome accents
-Body-colour front splitter
-Orange brake calipers (front only on LT)
-Unique black leather interior with suede inserts and orange accent stitching
-50th Anniversary treatments on instrument panel, seatbacks, steering wheel and illuminated sill plates
-LT includes RS Appearance Package.
The Camaro LT comes standard with a 2.0-litre turbocharged four-cylinder engine rated at 275hp (205kW), with a 335hp (250kW) 3.6-litre V6 also available. The Camaro SS features the LT1 6.2-litre V8, producing 455hp (339kW), making it the most powerful SS Camaro ever.
Each variant is available with the choice of either a six-speed manual or eight-speed automatic transmission. 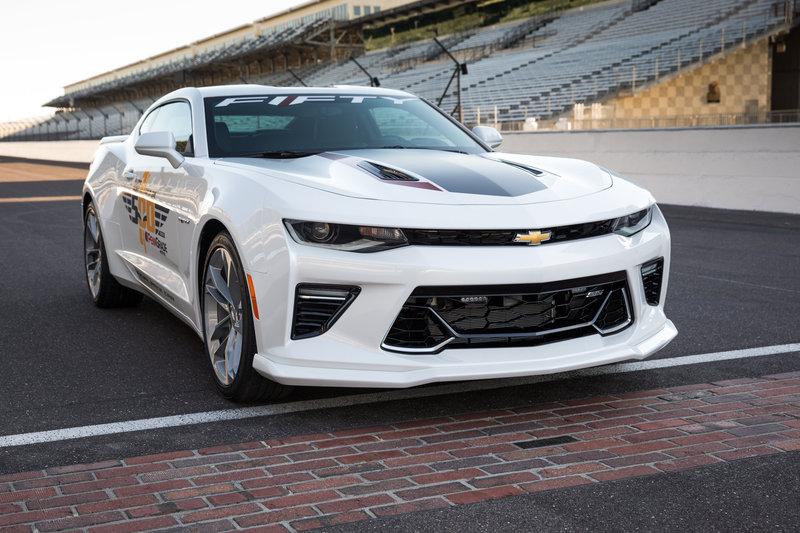 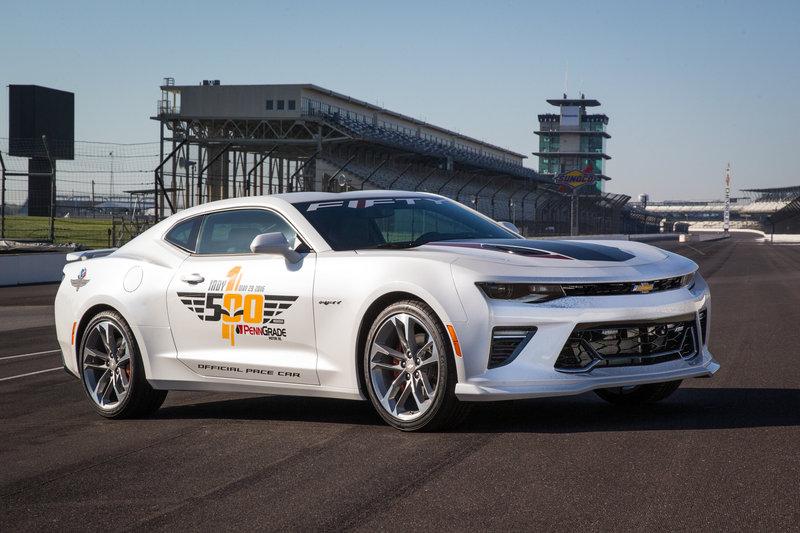 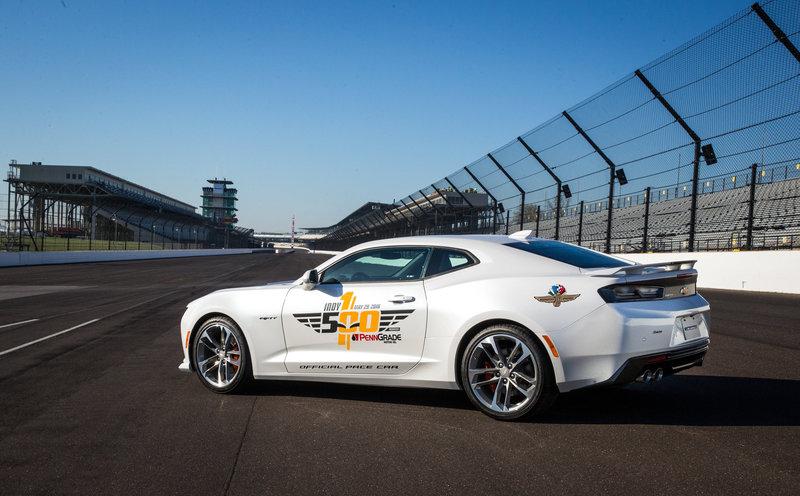 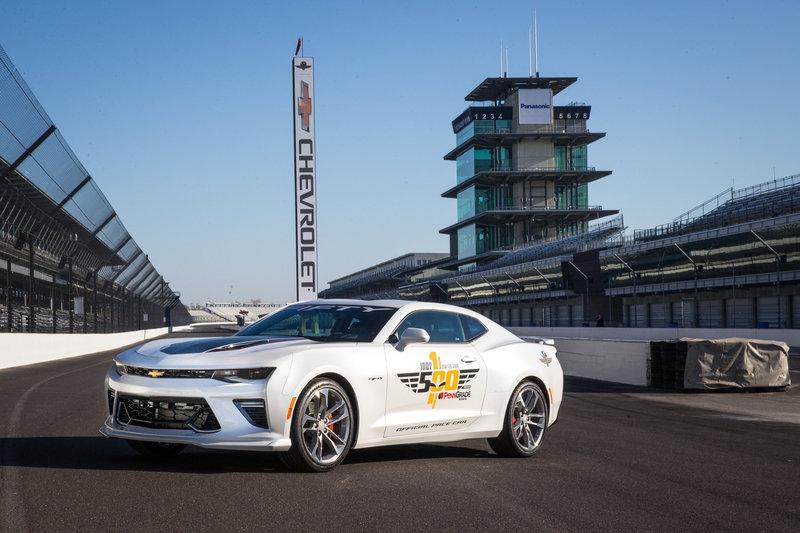 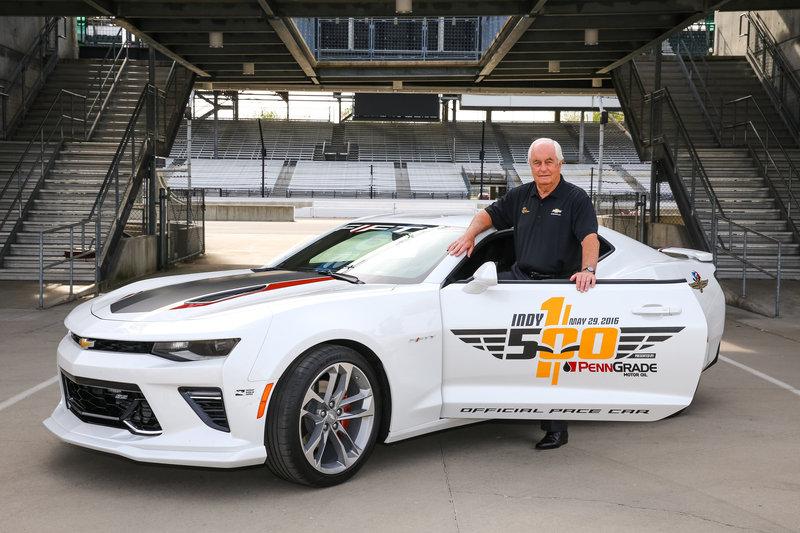