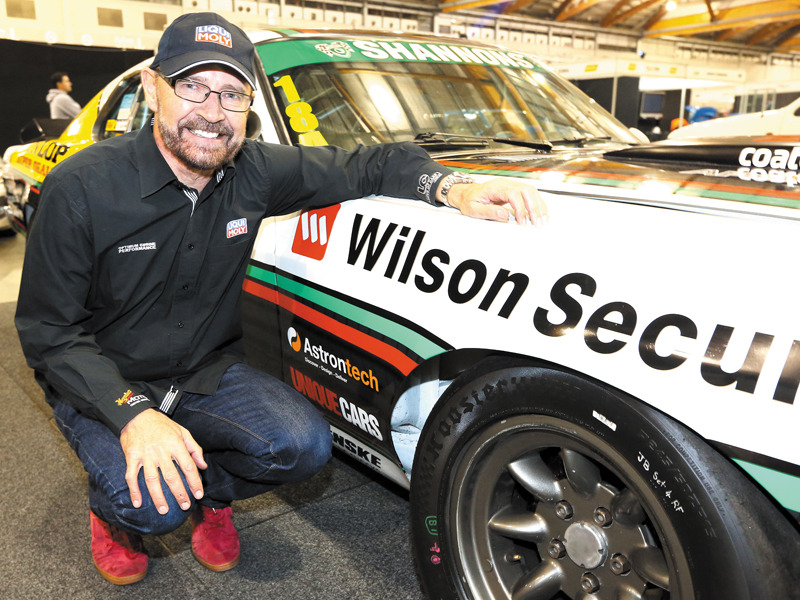 While many of his contemporaries hung up their racing moccasins long ago, the high-octane blood that courses through John's veins means he simply can't stay away from a racetrack. After ending his V8 Supercar career in 2007 (after a mammoth 255 race starts that included the '95 ATCC title and two Bathurst wins), JB found a new outlet for his passion and talents in the Touring Car Masters series.

"I'm most happy when I'm behind the wheel of a race car," declares John.

That happiness has delivered great success, too; JB clinching the TCM championship twice, and claiming the runner-up title three times. After starting his TCM career in 2008 steering other people's cars, JB lashed out in 2010 and bought his first race car in 30-odd years of motorsport competition - the legendary Mustang Sally; a 1969 Trans Am-style Ford Mustang.

In 90 starts, Sally has been damn successful, snagging 55 chequered flags and attaining TCM celebrity status along the way. No wonder then that Sally is headlining a stellar line-up of TCM muscle machines at Meguiar's MotorEx, Melbourne (July 19-20).

"As part of my association with Liqui-Moly lubricants, I've been taking my Mustang to MotorEx since 2010," says JB, "I just love the show, especially its diversity. It's got something for everybody and has a really good vibe about it."

Something JB is very much looking forward to is Melbourne's debut hosting of MotorEx this July, as he knows the southern capital's car scene is very different to Sydney's. There's a lot more specialist tuners, as well as motorsport and smaller aftermarket automotive businesses. John's expecting MotorEx Melbourne will be markedly different to MotorEx Sydney, with a noticeably greater performance persona.

"Besides all that, I'm a car guy. I love catching up with the spectators and walking about drooling over all the show cars - they're works of art," JB says. "I also love talking about muscle cars, which is why I think TCM is so popular. People either own one, or want to own one. At the V8's, we pull more eyeballs than any of the other support categories."

Sally is only one of JB's race-winning stallions that will be on show at MotorEx Melbourne. Another racer he's grown very fond of - Maranello Motorsport's Ferrari F458 Italia GT3, which he piloted (along with Craig Lowndes, Peter Edwards and Mika Salo) to an historic win in the Liqui-Moly Bathurst 12-Hour earlier this year - will be another major drawcard at the event.

No doubt one of the hot topics that punters at MotorEx will be pressing JB on is; what he thinks his chances are in the 2014 TCM season.

"TCM is such a great series," says JB. "I have to congratulate the category manager, Tony Hunter. I'm very happy with the racing and the standard is definitely up this year. After three of the seven rounds, I'd say my report card looks pretty good; two round wins and leading the championship by thirty points."

Mustang Sally has plenty of sting in her tail in 2014, breaking her own lap record at Clipsal, Winton and Darwin.

"I have to thank my team for that," says JB. "Success in motorsport is all about the fine, little details. Steve Makarios and his small, dedicated group from Synergy Race Engines [who engineer and prepare Sally] are very good at the fine detail."

Steve from Synergy tells us, "We've pulled nearly 100kg out, redone the sway bar mounts, changed the front geometry, along with all the wheel alignment settings. The feedback from JB is that Sally is nicer to drive and more stable than ever. Power is pretty damn good, as well.

"In the off season, we developed a whole new engine package. It's based around a Ford Motorsport block and is filled with the best of everything. With the penalty system [weight is added and engine RPM reduced in relation to race results], we concentrated on creating an engine with a good spread of power, rather than peak horsepower."

As great as JB's 2014 season has been so far, he's always looking to the future, part of which involves working on a deal to get Steven Johnson behind the wheel of Sally for one of the remaining rounds.

"Steve is a good friend and I'd like to see him in a car that is capable of showcasing his talents," says JB "There aren't many people I'd trust driving my car, he's one and he'd certainly give the TCM boys a bit of a shock."

When asked if he's tried to get his old mate, Dick Johnson, into the series, JB responded, "Dick doesn't have any desire to compete any more. But he's a champion and you don't forget how to drive. He might be a bit rusty, but I'm confident he'd go pretty well."

If the deal with Junior Johnson comes together, where does that leave JB? He was quite coy, hinting that he might possibly jump into a friend's car that isn't being used. When pressed if he had a choice of running any eligible car, JB responded.

"Like Wilson Security, Dunlop and Liqui-Moly, Rare Spares are a great sponsor of mine, so I wouldn't mind running an Aussie car. Unfortunately money doesn't grow on trees."

So if you want to catch up with JB and find out how his search for that elusive money tree is coming along, as well as getting an up close 'n' personal look at Mustang Sally (plus the other TCM and motorsport vehicles on display), head to MotorEx Melbourne this July 19-20 at the Melbourne Showgrounds, Ascot Vale. JB is never shy for a chat and he'll also be conducting autograph sessions with good friend (and current Bathurst 1000 champion), Steven Richards.

When you do bump into JB, be sure to ask him about his lucky red undies that were made famous during his record 11 seasons with Dick Johnson.

Further details, event opening times and more on Meguiar's MotorEx Melbourne can be found at www.motorex.com.au

According to engine builder, Steve Makarios, "these are the best heads I've ever done." He added that one of the key elements in the new 351 Windsor engine package is the combination of the Edelbrock inlet manifold and homologated Dart alloy heads that have been CNC ported.

"The trick was to use smaller ports, while increasing flow," says Steve. "Then carefully match them to the Victor Jnr and custom 950cfm carburettor. We also had to develop a new mechanical roller cam, with around 700-thou lift and a fresh set of headers to suit."

REAR: The heavy-duty leaves run clamps to stop the individual leafs separating on rebound, while the addition of parallel traction bars help tremendously in getting the power down. There's also a fully-adjustable custom swaybar, along with a V8 Supercar-style Watts linkage and a locked diff. 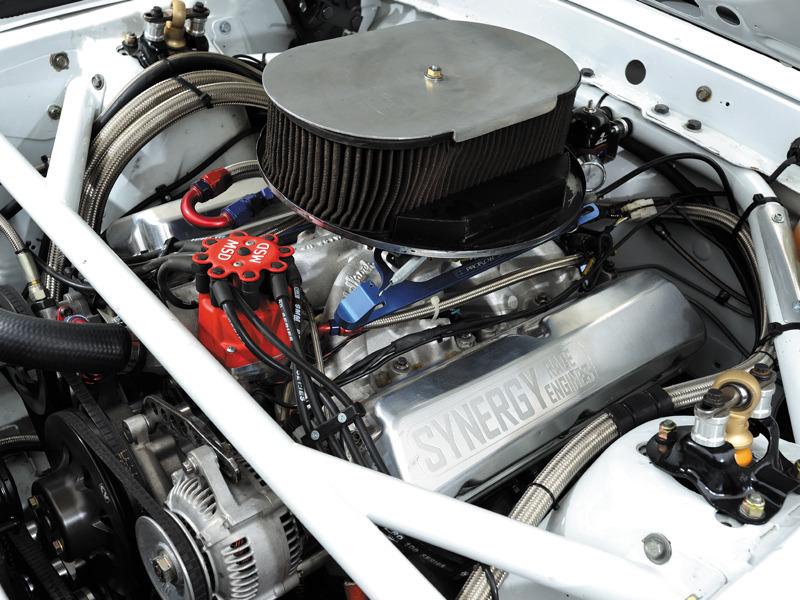 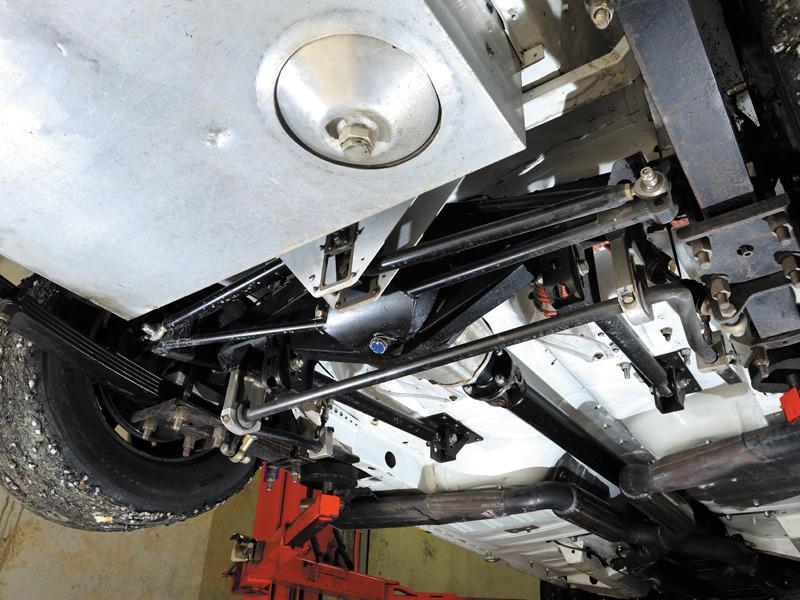 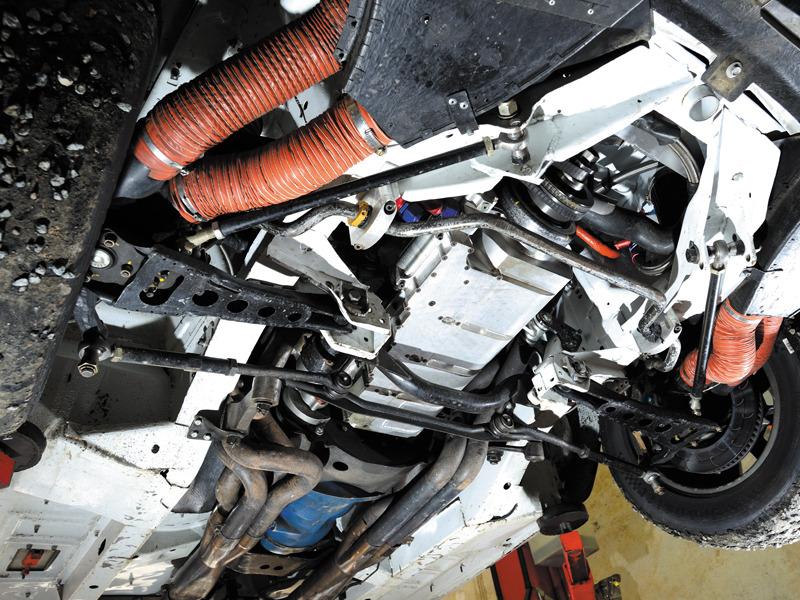 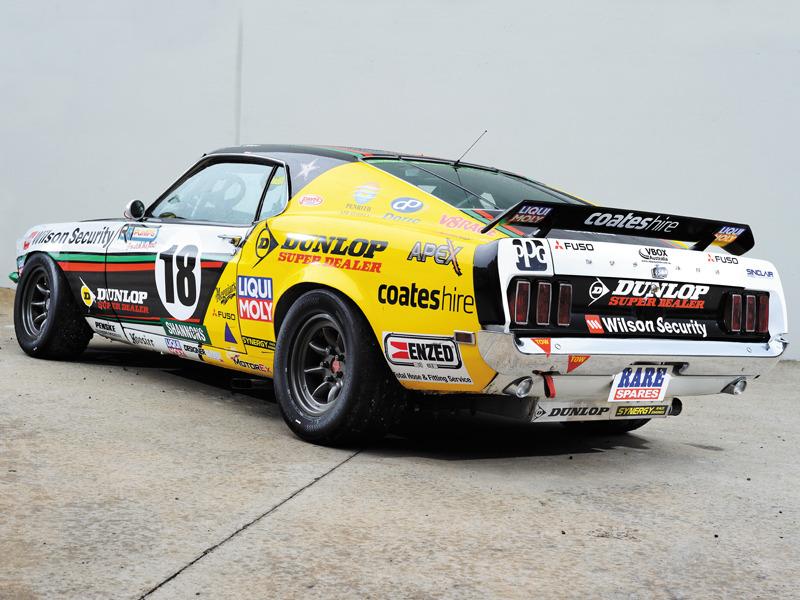 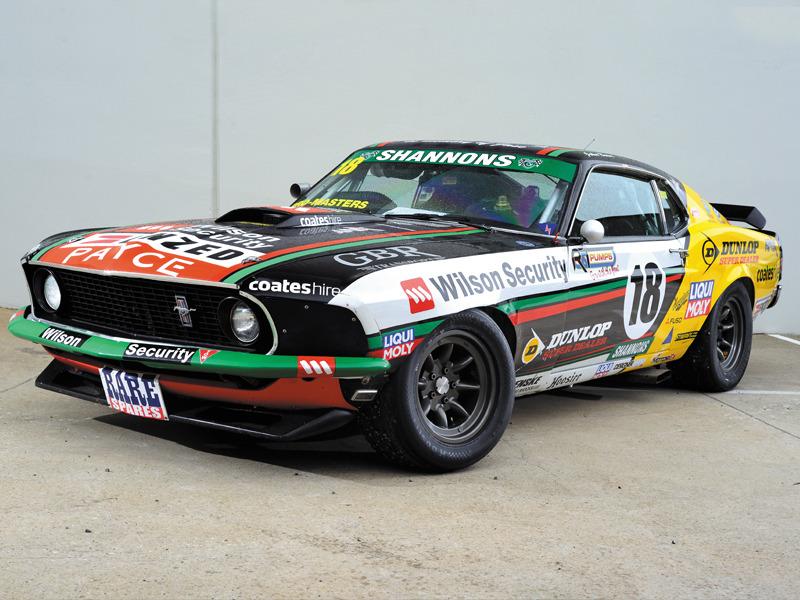 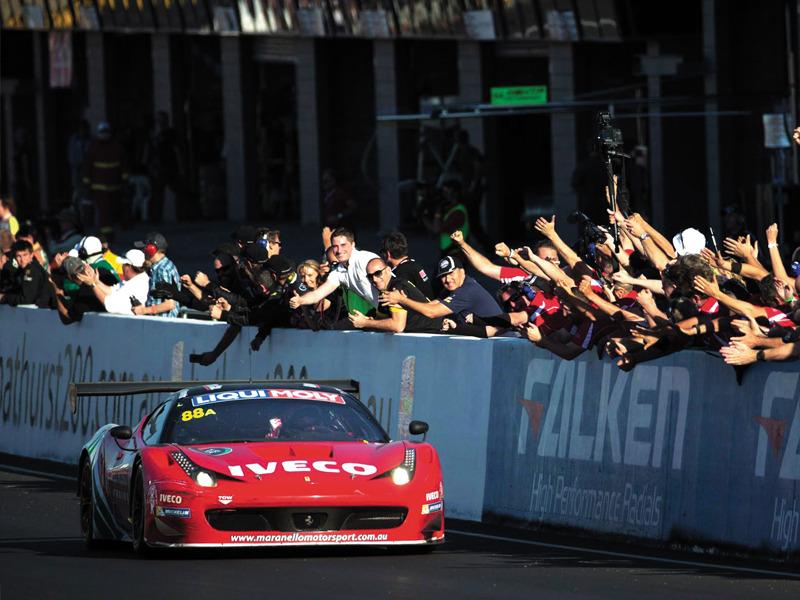 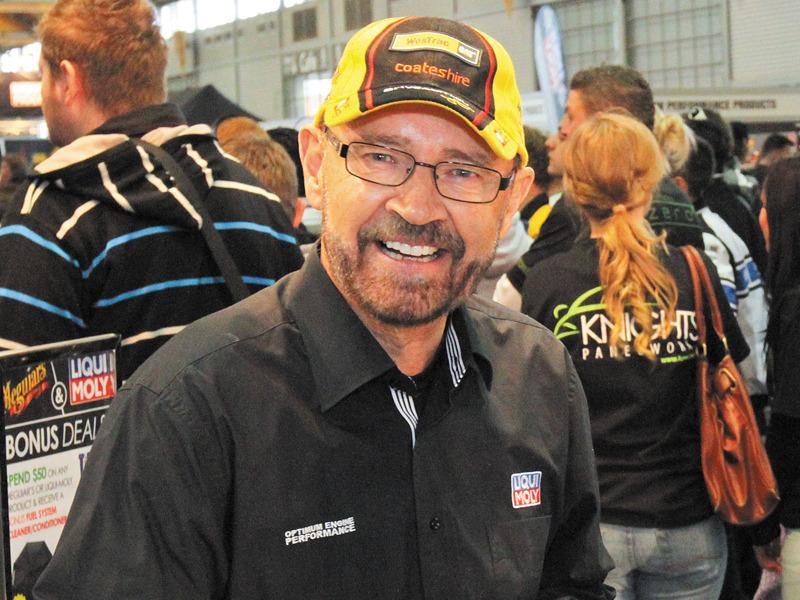 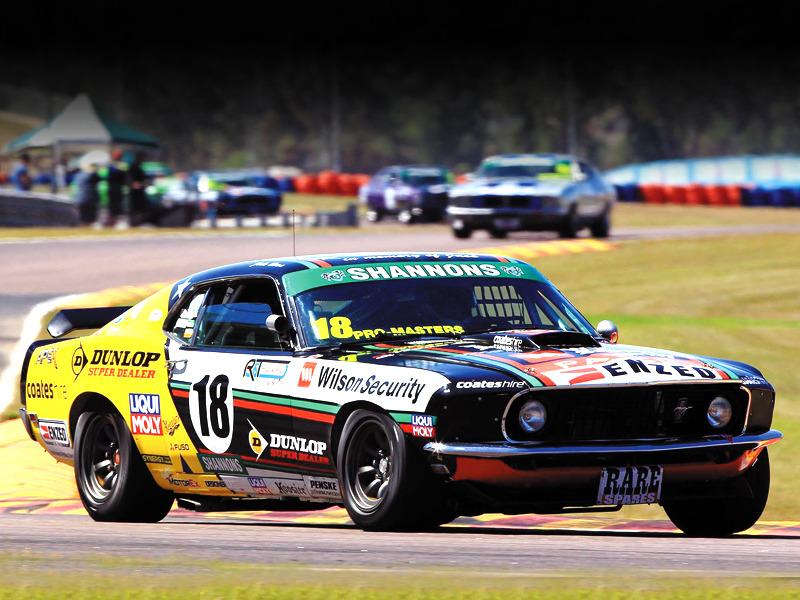