The now infamous Hollywood bad boy stars in the latest American TV advertisement for the wild child car as part of a series of TV ads playing up the high performance Abarth's 'bad boy' image.

The ad, called 'House Arrest', plays on Sheen's reputation for fast cars, fast living, fast women and hot parties.
The advertisement also marks the return of Catrinel Menghia, the stunning model and actress who made such an impact, cappuccino foam and all, in 'Seduction' the first American Abarth TV commercial that became an internet sensation before becoming the hot advertisement during the Super Bowl.

The advertisement shows Sheen blasting his Abarth 500 around the inside of a Hollywood mansion during a party full of glamorous women, before exiting the Abarth wearing an ankle monitor bracelet and announcing that "I love being under house arrest," before turning to Catrinel Menghia and saying "What do I get for good behaviour?"

The ad is currently viewable on You Tube. 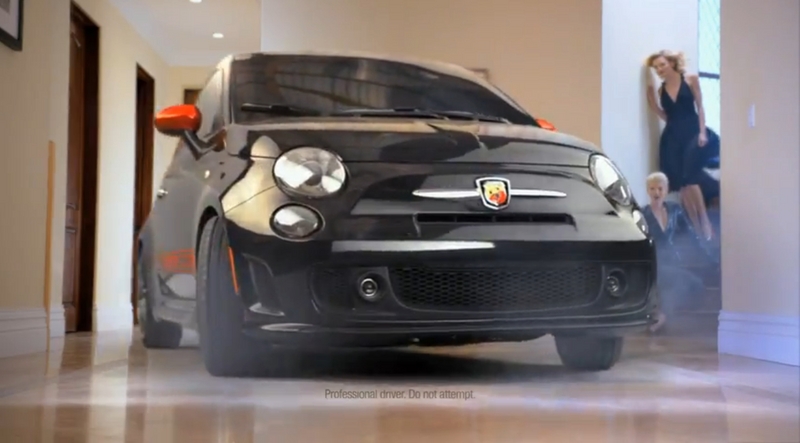