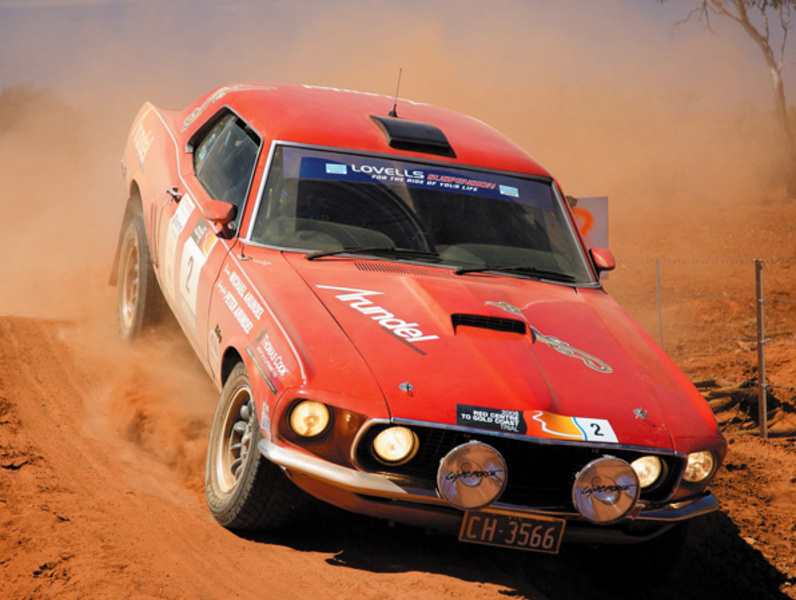 The Trial's first Official Course Survey has just been completed, with organiser Philip Bernadou confirming a 3,500km, six-day route through New South Wales, starting in Forbes and finishing at Tweed Heads.
Entrants in the 2009 Classic Outback Trial from August 3 -September 5 will be tested over more than 20 special stages...

The Trial's first Official Course Survey has just been completed, with organiser Philip Bernadou confirming a 3,500km, six-day route through New South Wales, starting in Forbes and finishing at Tweed Heads.
"We have already found some fabulous stages,"he said. "Entrants are in for an unforgettable week of competition and a great variety of conditions." Bernadou said more than one fifth of the course would be competitive and would incorporate a number of the stages of the World Rally Championship course including the public Super Special Stage on the streets of Murwillumbah.

The event is centred at Forbes with competitors spending at least two nights there. The Forbes-Condobolin loop on Day 1 will start near the Town Hall, with entrants completing three stages on private properties in the area. The route will follow some of the easier sections of the annual Condo 750 4WD off road event.

From Forbes, the Trial field will complete a further four stages as it moves to Coonabarabran. Using the town as a base for two nights, the field will encounter more special stages as it makes another loop through rural properties in the region. Day four will consist of four more special stages in the North West area of Coonabarabran, with the event spending the night in Glen Innes. The final two days of the Classic Outback Trial will be held in the Tweed Heads region, where competitors will use some of the same special stages as World Rally Championship competitors in Repco Rally Australia.

More details and entry costs for the Classic Outback Trial can be found on the event's website at www.classicoutbacktrial.com.au