The motors, music and memories of yesteryear are set to fill the Coolangatta beachfront for the 2022 edition of Cooly Rocks On. 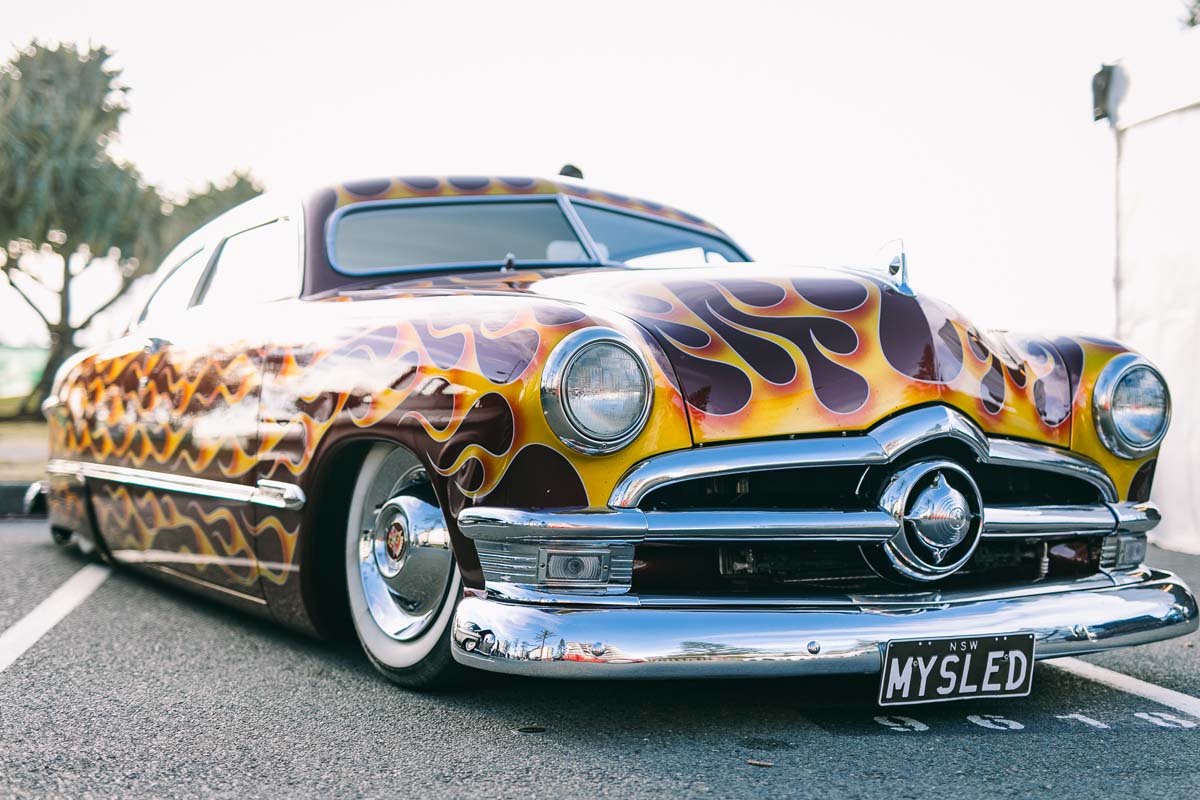 Australia’s largest nostalgia festival and a signature Queensland event, Cooly Rocks On attracts thousands of visitors from near and far, with this year’s festival to be held over five fun-fuelled days, from 8 to 12 June. 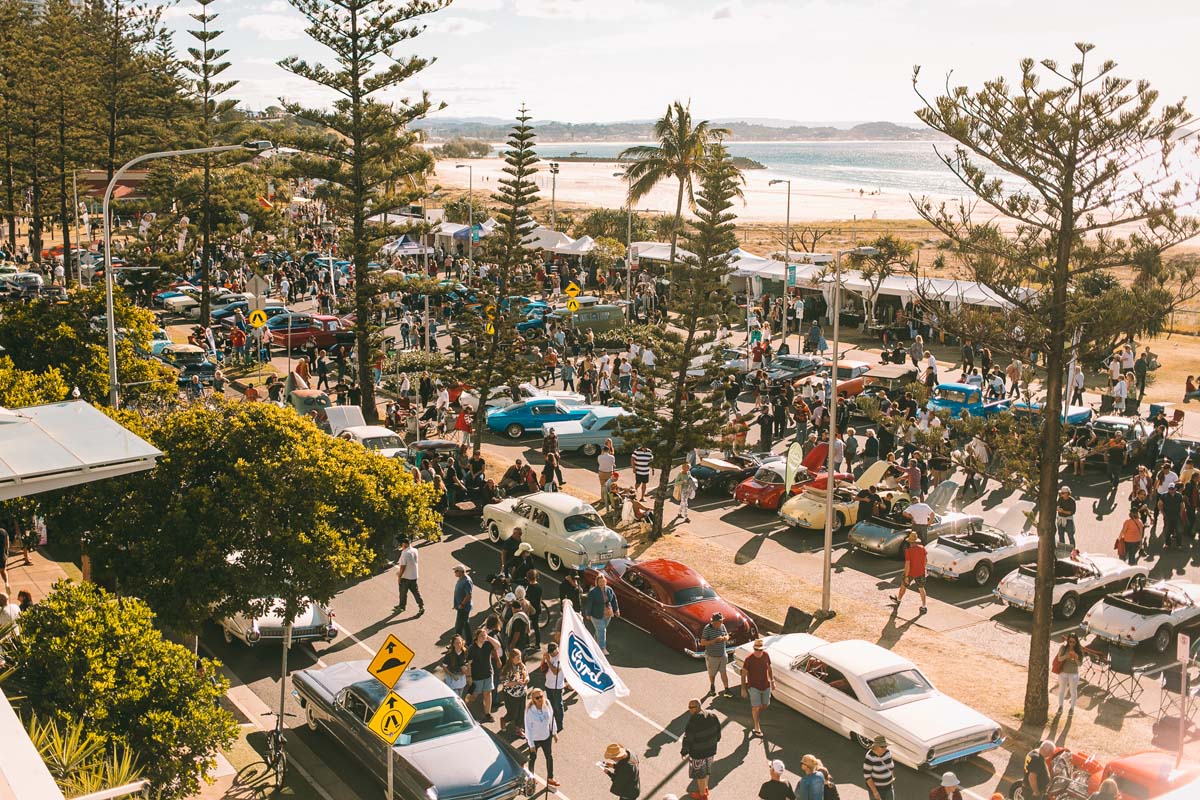 Celebrating the ’50s, ‘60s and ‘70s, Cooly Rocks On is much more than a car show, with live music, a pin-up pageant, car cruises, a swing dance ball and market stalls with vintage clothing, retro merchandise and memorabilia.

The ongoing growth of the event saw an expansion of the Show ‘n’ Shine into Goodwin Park last year and the addition of the Kustomville and Elvis precincts, too. All these attractions are set to return for 2022. 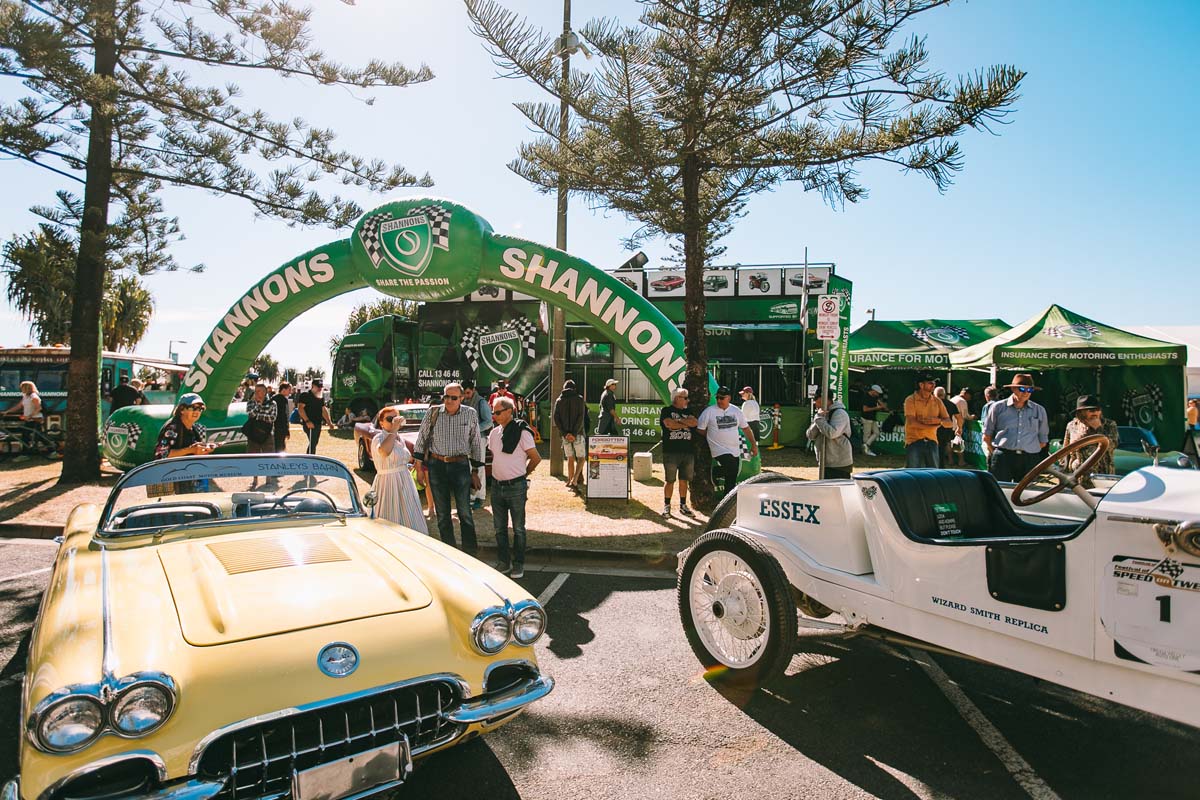 For revheads, Cooly Rocks On is heaven on earth, with the huge classic and custom vehicle display on Saturday and Sunday along Marine Parade and Griffith Streets their highlight of the event.

Last year, over 700 cool cars and motorcycles were on display, with more than 1,000 expected this year. 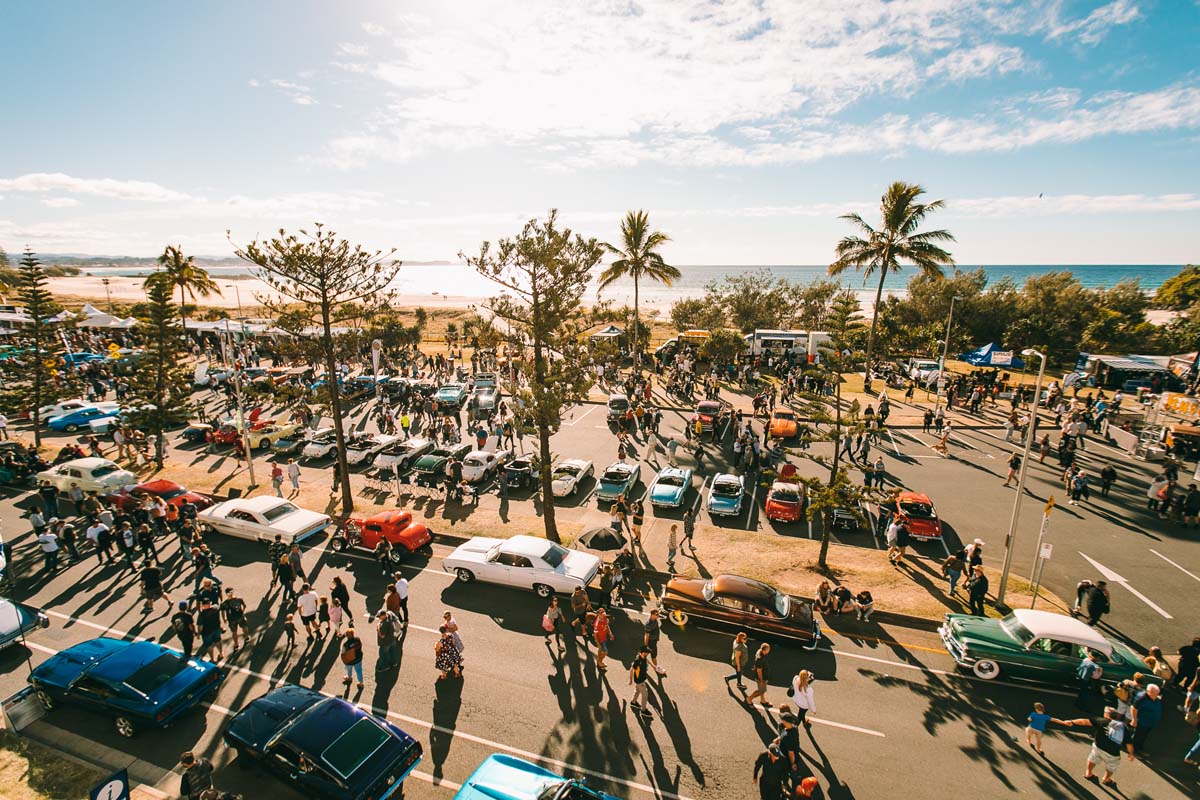 Enthusiasm for the Show ‘n’ Shine has been so great that a new, curated section in nearby Goodwin Park for vintage scooters, bicycles, emergency service vehicles and boats was added in 2021 and will return this year.

To further meet demand, a new addition this year is an ‘Early Bird Show ‘n’ Shine’ to be held on Thursday, 9 June and Friday, 10 June. This will be limited to the southern end of Marine Parade and filled on a first-come, first-served basis. 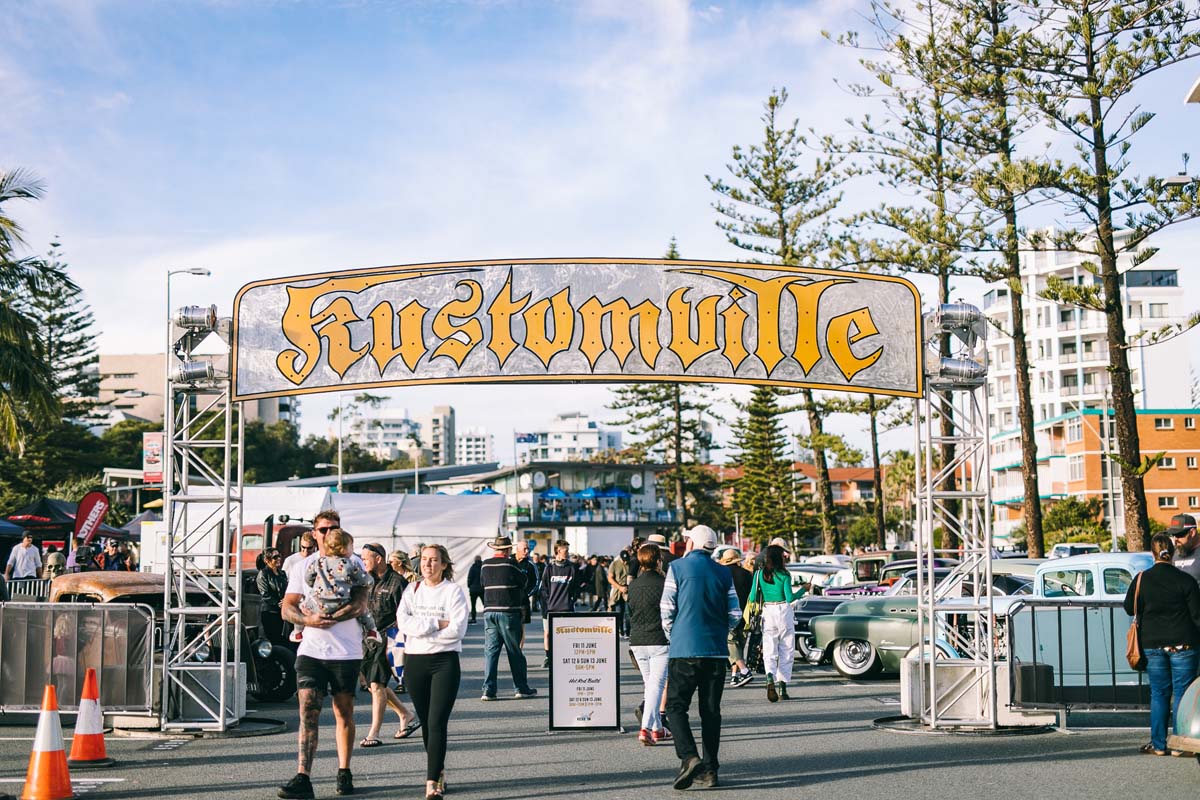 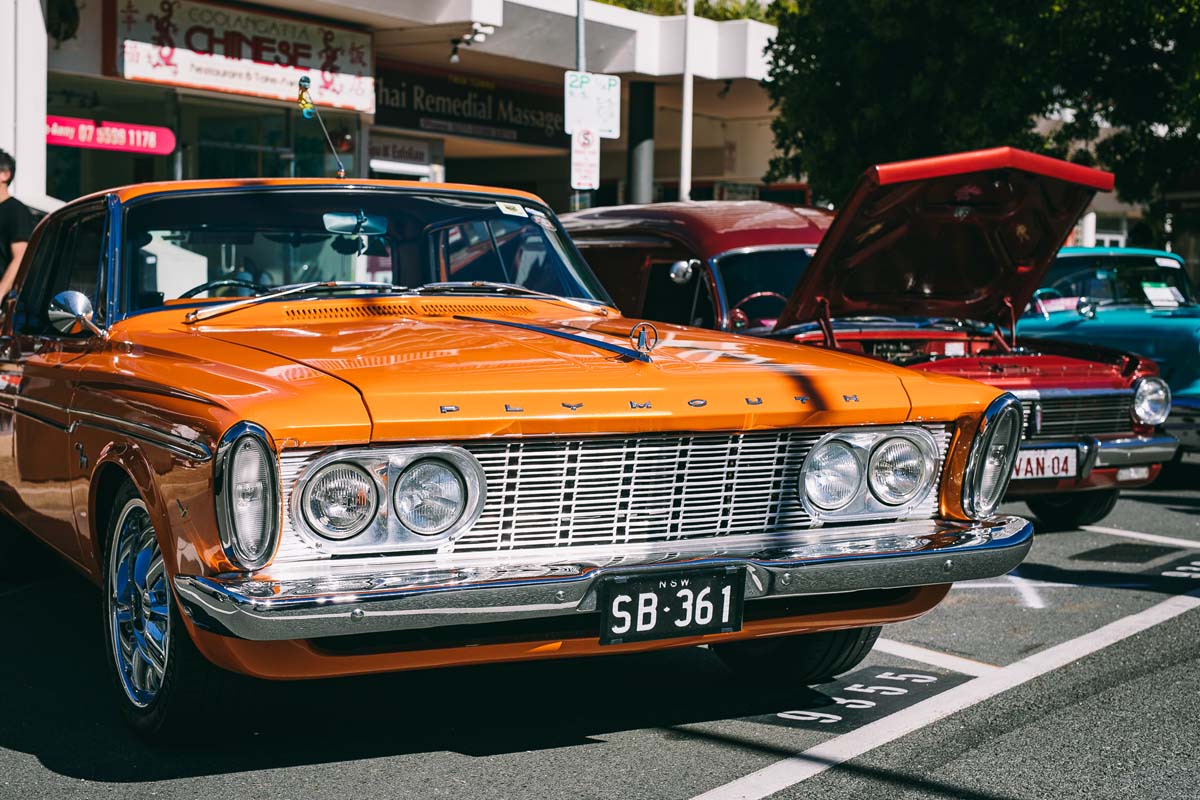 Finally, for those bringing their cars and bikes to the festival, runs to the Gold Coast Motor Museum, SEVEN82MOTORS and Yatala Drive In are part of the programme, too.

The museum run will be held from 10:00AM to 2:00PM on Wednesday, 8 June, where participants can ogle one of the best vehicle collections in Australia and grab a snack at Stanley’s Barn restaurant and bar. 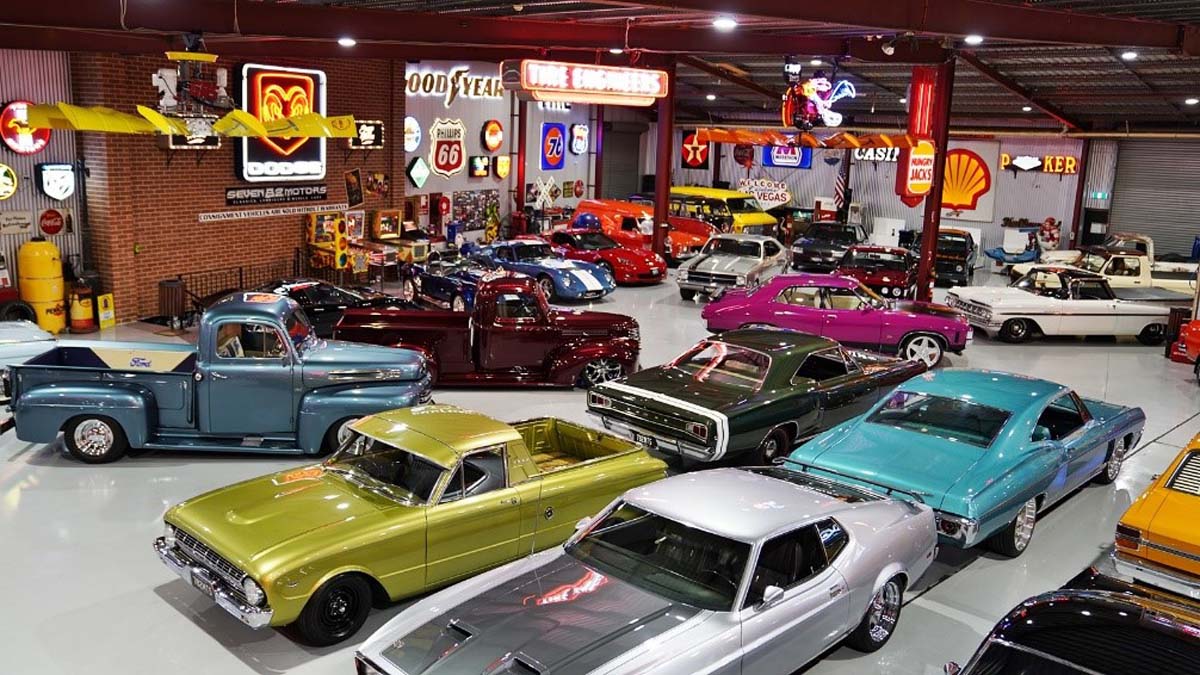 The cruise to SEVEN82MOTORS in Nerang takes place from 5:00Pm to 8:00PM on Wednesday, 8 June, with a chance to visit the SEVEN82MOTORS garage, check out the stock for their June auction and sit in on a Q & A with legendary hot rodder, Jim Shelfo.

The Yatala car run is from 3:00PM to 8:00PM on Thursday 9 June and includes a screening of Top Gun: Maverick. All three runs include plenty of static time to check out the rides.

These car runs are ticketed, with entry numbers limited, so click HERE for ticketing information. 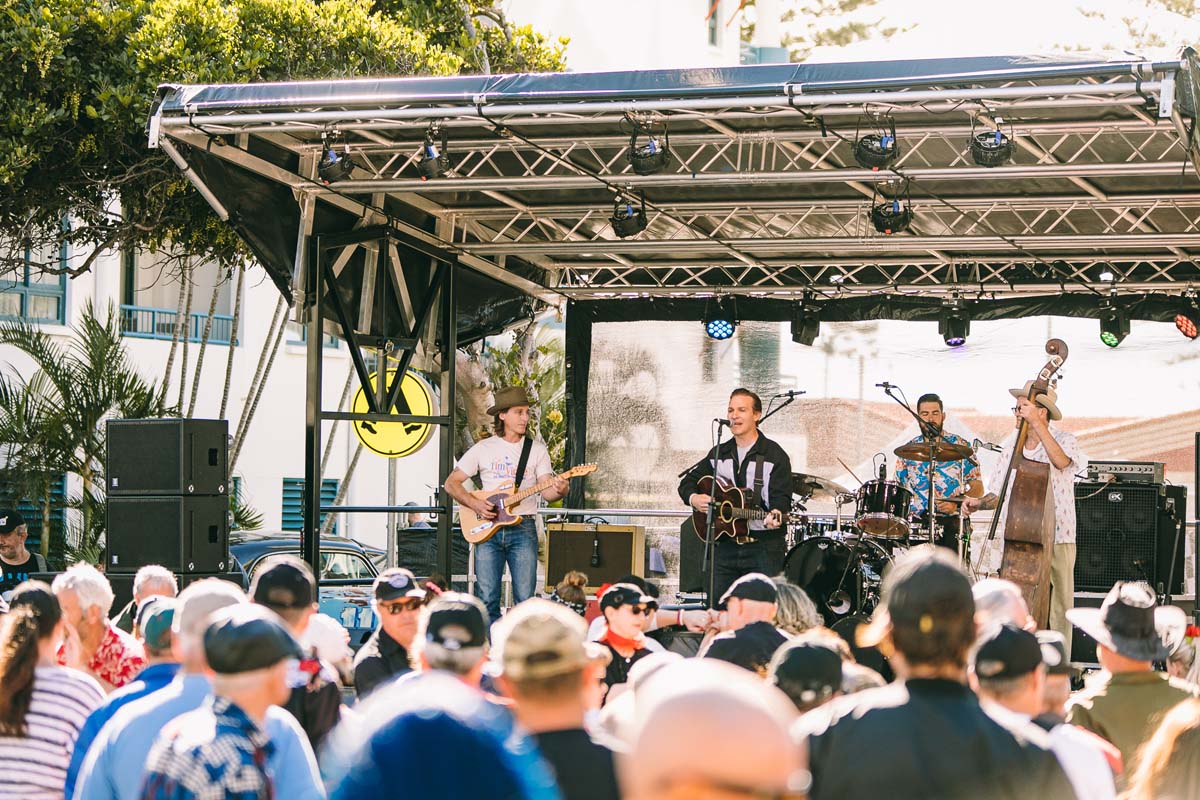 The best rock ‘n’ roll, rockabilly, swing, surf guitar, honky tonk and doo wop artists in the country will turn back the clock to the golden era of the ’40s, ’50s, ‘60s and ’70s at Cooly Rocks On.

More than 30 artists are locked in this year, including The Flattrakkers, Ezra Lee & Louis King, Jake and the Cadillacs, A Band Called Twang, Hank’s Jalopy Demons, The Satellites, Palomino III, The Wet Fish, B-Daddy and the Double Ds, Dezzie D and the Stingrayz, Ella Fontaine and Dennis Cuthel, to name a few. Indonesia’s rockabilly pioneers, The Hydrant, will be part of the lineup, too. 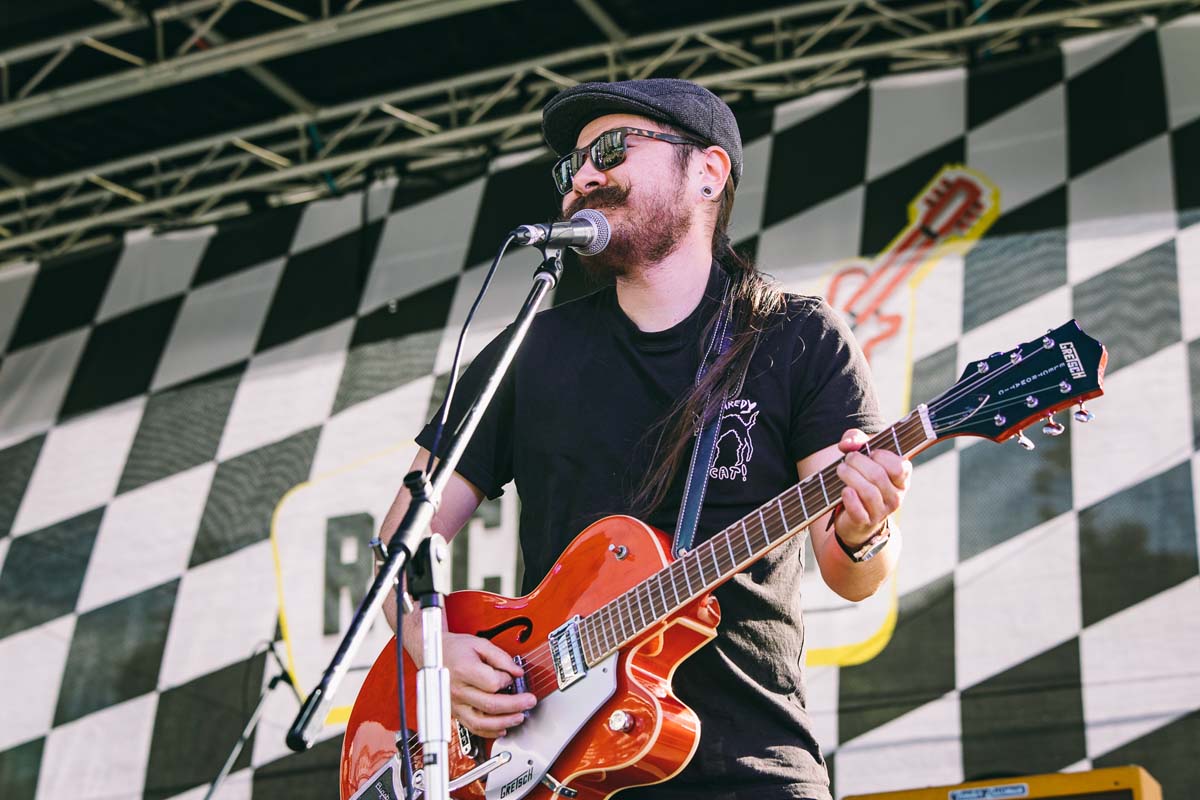 Elvis tribute artists Che Orton, Jack Gatto, Brody Finlay and Brendon Chase are also on the bill, along with tributes to Roy Orbison, Buddy Holly and Johnny O’Keefe. Issi Dye will present his Legends of Rock ‘n’ Roll show, while making her Cooly Rocks On debut this year will be Jodie Joy’s Girls of Rock ‘n’ Roll tribute act. 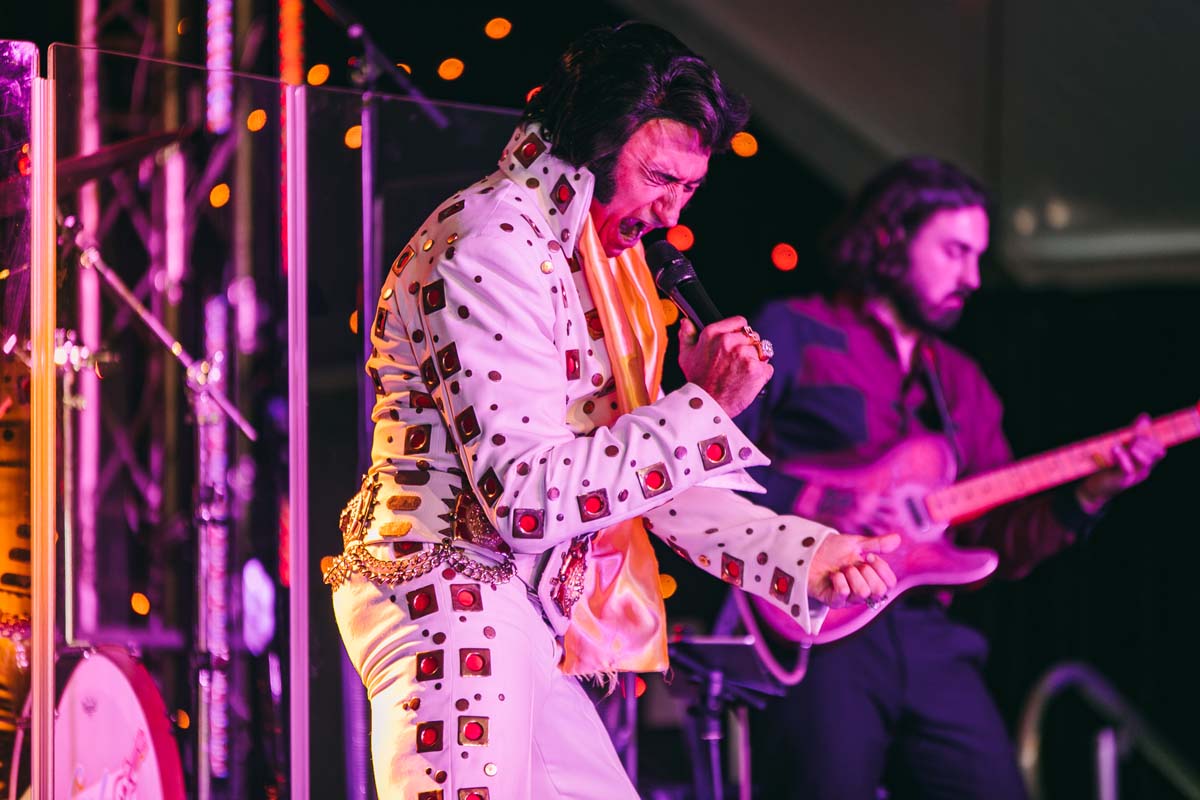 Located on the Coolangatta beachfront, the Elvis Precinct provides patrons picturesque coastal views from the Beachfront Bar before they head in to catch a feature show from the likes of Brendon Chase, Che Orton, Jack Gatto or Brody Finlay, covering the ’50s, ’60s and ’70s Elvis eras.

For 2022, there’s a new and exclusive VIP Legends Pass, while unprecedented demand for tickets last year has seen Gold and Silver general admission tickets added, too, allowing you the chance to secure your spot for each feature show. 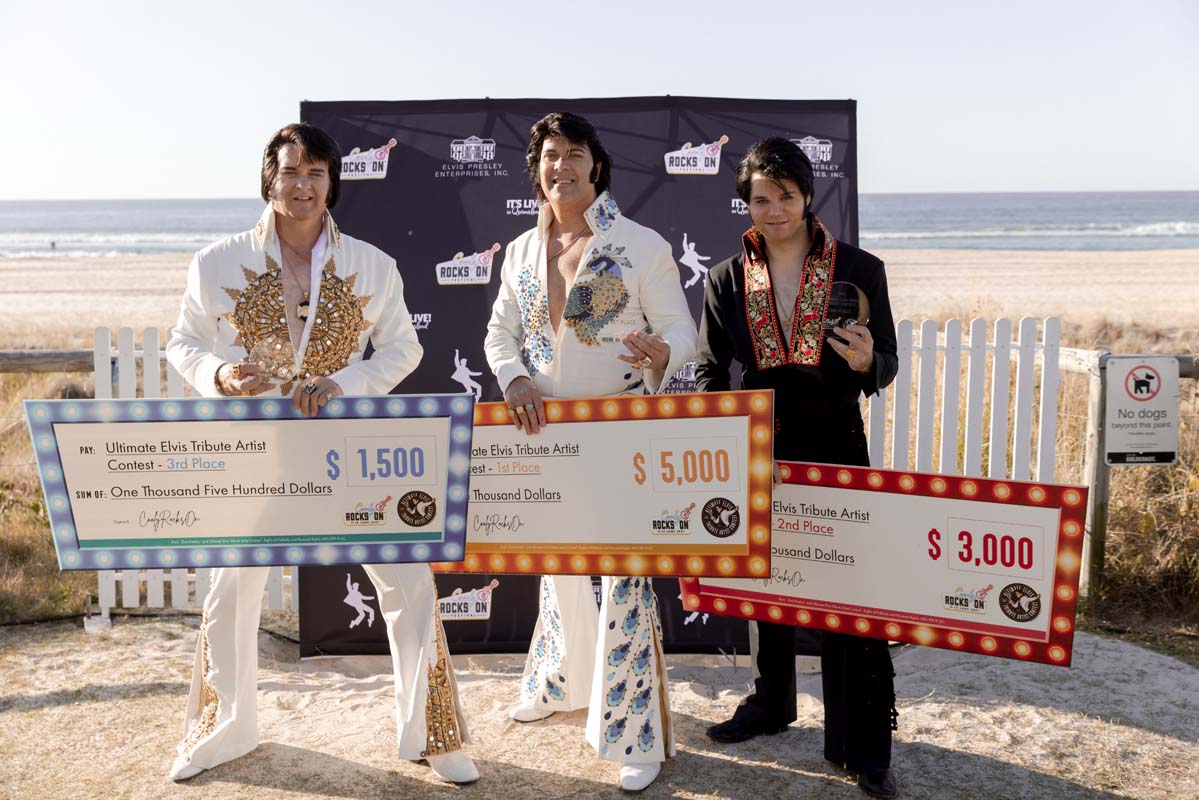 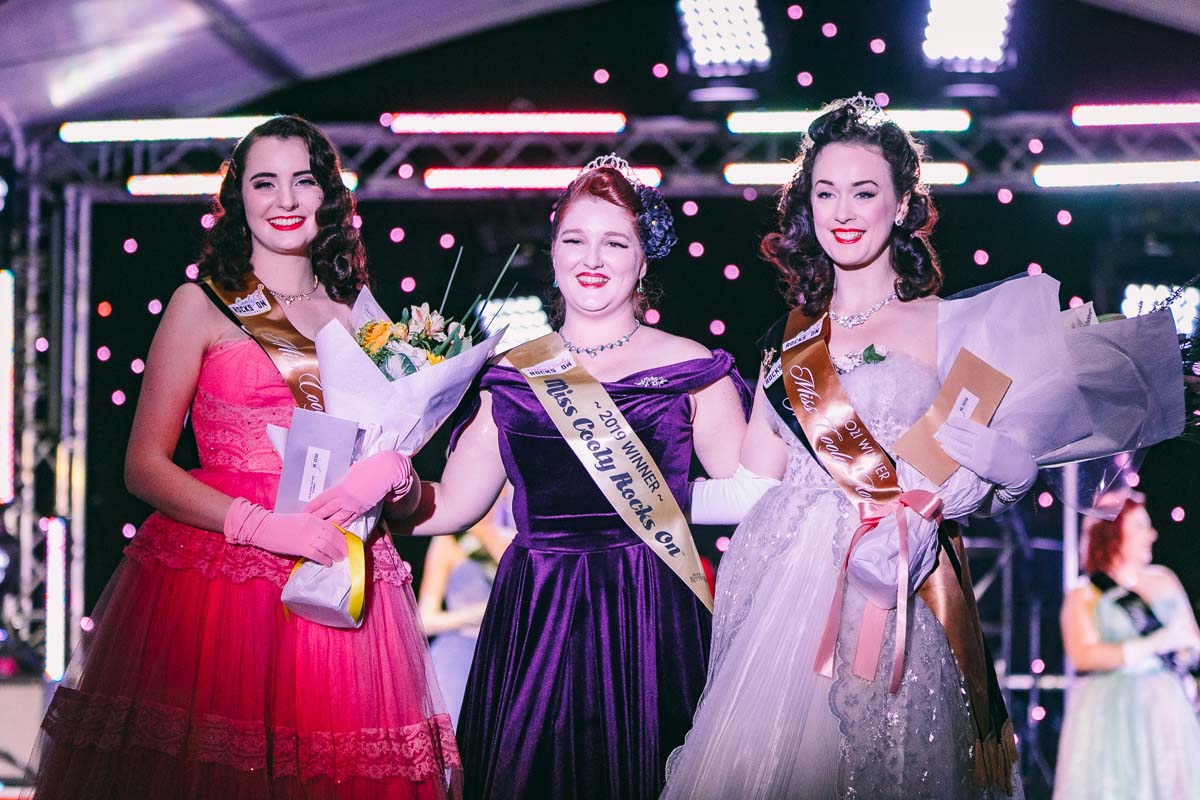 Cooly Rocks On is all about celebrating the Lifestyle of yesteryear. Beauty pageants were a big part of that lifestyle and the Pin-up Pageant at the festival is one of the most popular attractions.

Held in the Elvis Marquee on the Cooolangatta beachfront and blending ‘classic’ and ‘rockabilly’ pageant styles, the pageant will see twelve finalists compete over three rounds for the title of ‘2022 Miss Cooly Rocks On’. Ella Fontaine will emcee, with burlesque performances and live music part of the pageant, too. 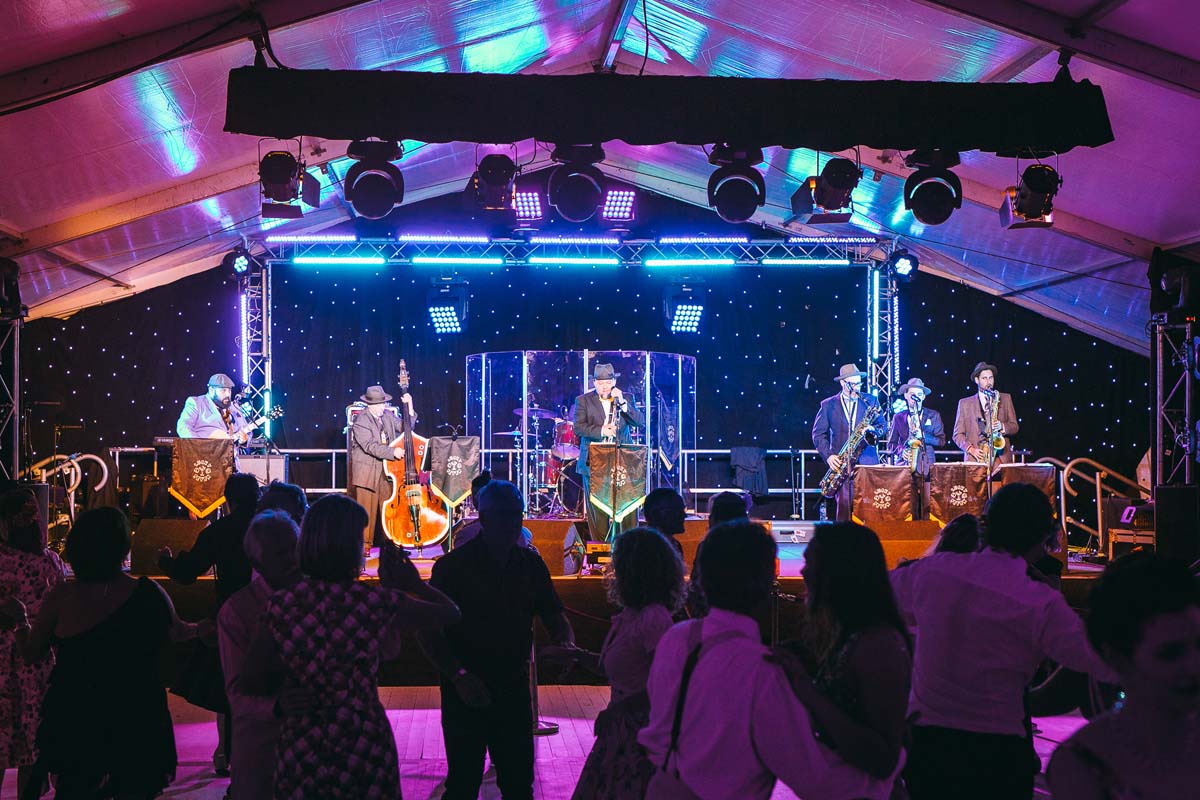 For those with dancing feet, the Harvest Moon Swing Ball is a 1940s style shindig in the Elvis Marquee, providing plenty of time for attendees to dance the night away, with the Mal Woods Dance Band providing the tunes.

If your dancing feet aren’t quite up to scratch, dance workshops will be held each day, providing lessons in rock ‘n’ roll, rockabilly, balboa and even line dancing. 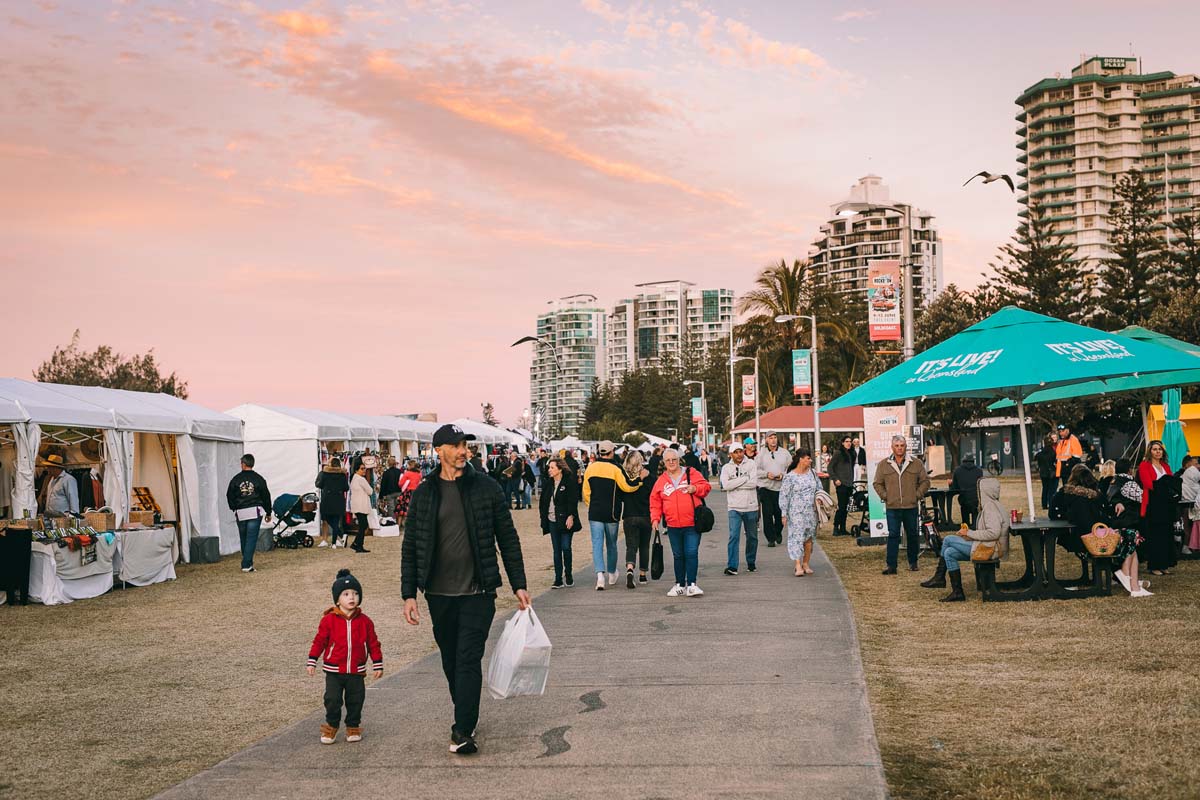 Finally, the market stands along the Coolangatta beachfront from Thursday, 9 June to Sunday, 12 June, will present a vast range of retro goods, vintage merch and memorabilia from years gone by, with plenty of food stalls on site, too. 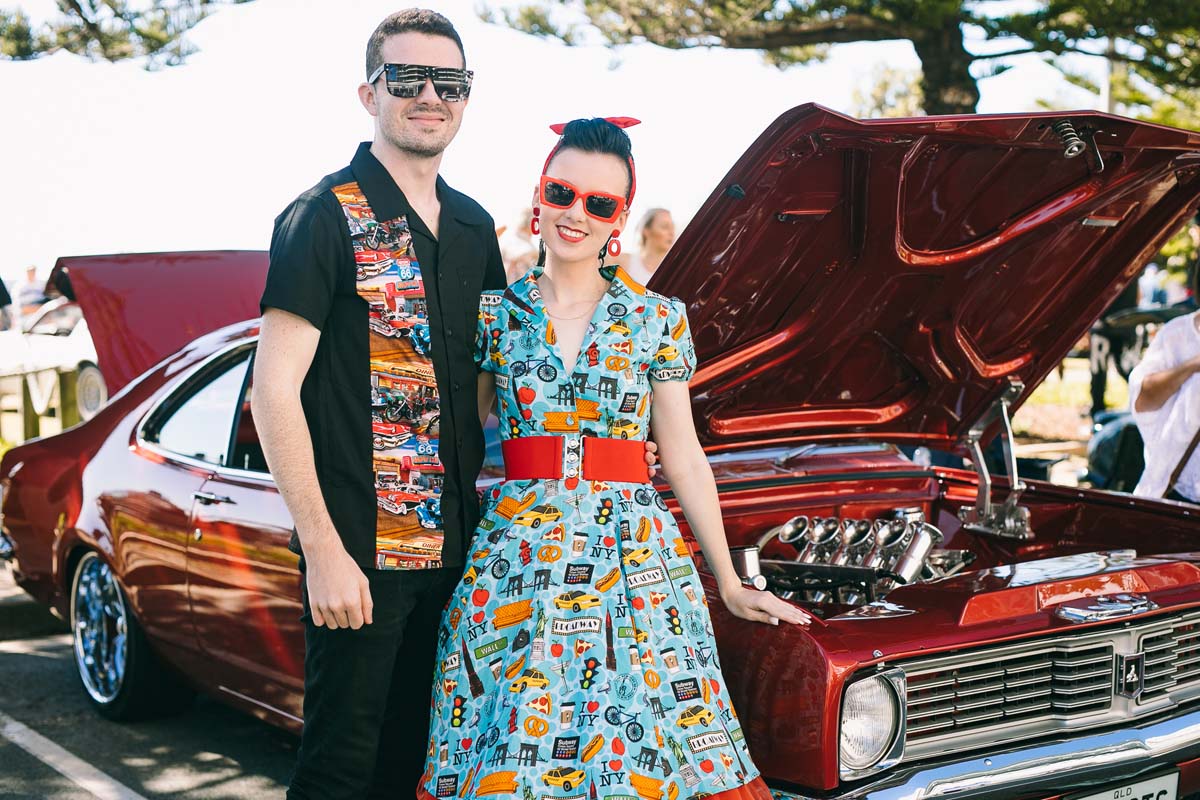 Live music, activities and attractions will be happening every day, but some events are ticketed and have limited seating/availability.

Find out more via the following: