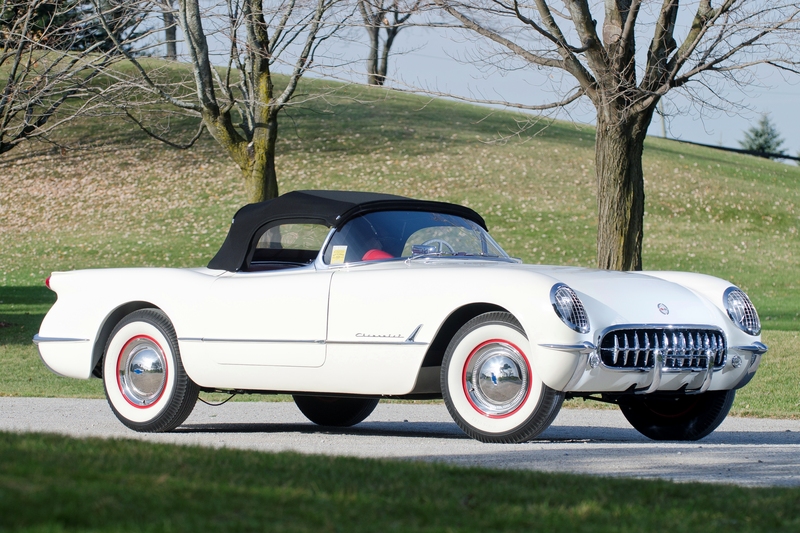 Corvette 'No. 5' was part of a famous American family when new, and was subject to a thorough, five-year restoration a decade ago. No. 5 was one of only 300 produced in total for the iconic American Sports car's debut year of 1953, and also only the third Corvette to be offered for public sale, as the first two were retained by GM.

According to an interview conducted during the 1980s, once Corvette Number 5 was assembled, GM Styling Chief Harley Earl drove it to a friend's Ford dealership, and after that it made its way to the Ford Motor Company Engineering Department, well before many of Chevrolet's own staffers saw the Corvette themselves. In mid-July 1953, Corvette Number 5 was assigned to Chevrolet's Eastern Zone, and it was shown to select Philadelphia, Pennsylvania-area Chevrolet dealers before it was delivered to Diver Chevrolet in Delaware prior to its sale to the Greenewalts.

Issues over the build quality (especially in fit and finish of the fibreglass body) of these early Corvettes, apparently led Clifford Diver, the son of Diver Chevrolet owner Frank W. Diver, to offer a 10 percent discount, which the Greenewalts refused, insisting on paying the full list price instead. Consequently, Diver Chevrolet added the amount of the discount back onto the invoice for the car.

Among its many interesting features, No. 5 is the last 1953 Corvette produced without an outside rear-view mirror, and was one of the handful of early Corvettes fitted with a stainless-steel VIN tag, as opposed to the later aluminum version. This car was also built with a chrome speaker grille, and Corvettes 4, 5 and 6 were the only 1953 models sold to the public with basic chrome Chevrolet Bel Air hubcaps.

The Greenewalts retained Corvette 5 until 1956. It passed through several owners over the following decades, but wasn't until 1997, when the current owners acquired the car and treated it to a painstaking five-year restoration to its original condition.

Completed in 2003, in time for the Corvette's 50th anniversary celebrations, the Corvette joined Number 6 at the 1953 Corvette Reunion during the Corvettes at Carlisle show. On July 16, 2003, 50 years to the day after it was first sold to the Greenewalts, Corvette Number 5 was judged at the Hershey, Pennsylvania NCRS National Convention. There, it achieved a score of 99.6% and Top Flight certification.

No.5 is believed to be one of just 200 survivors from the Corvette's introductory year, and is still in exceptional condition. Included in the sale is a copy of the original sales invoice from Delaware's 'Diver Chevrolet', GM correspondence and other documentation.

A fascinating artifact of the Corvette's earliest days, No.5 marks the transition from GM Motorama roots to America's first series-production sports car for public sale. RM believes it ranks as one of the most important early Corvettes in existence today and have valued it accordingly at US$450,000 - $650,000.

Corvette No.5 will join other Corvettes and rare US muscle car in the RM Auctions Arizona auction. For more details on this and other lots from the upcoming Arizona auction, please go to www.rmauctions.com 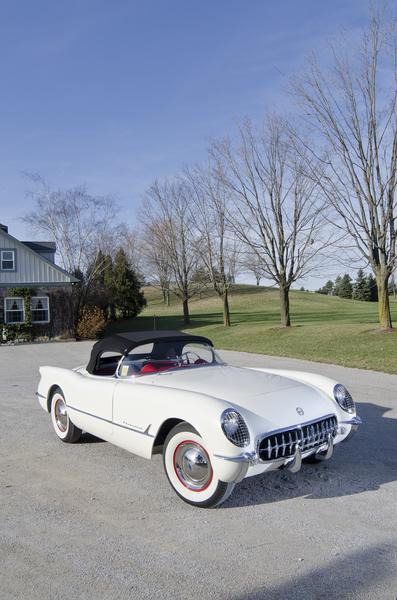 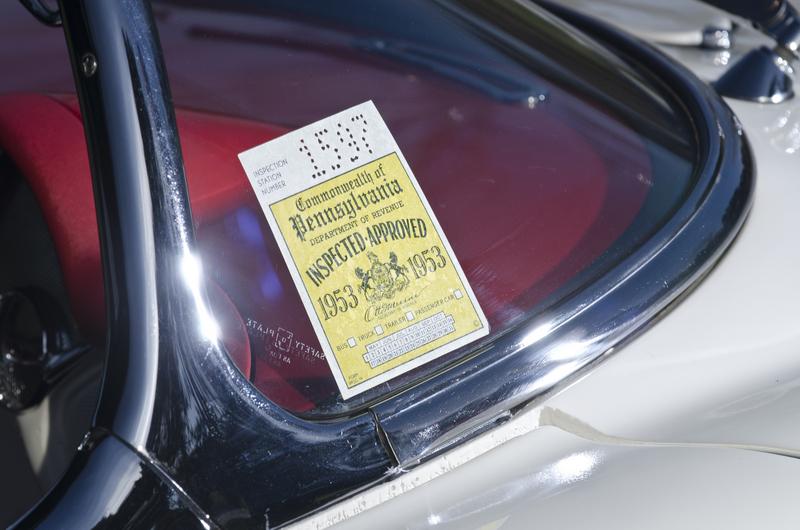 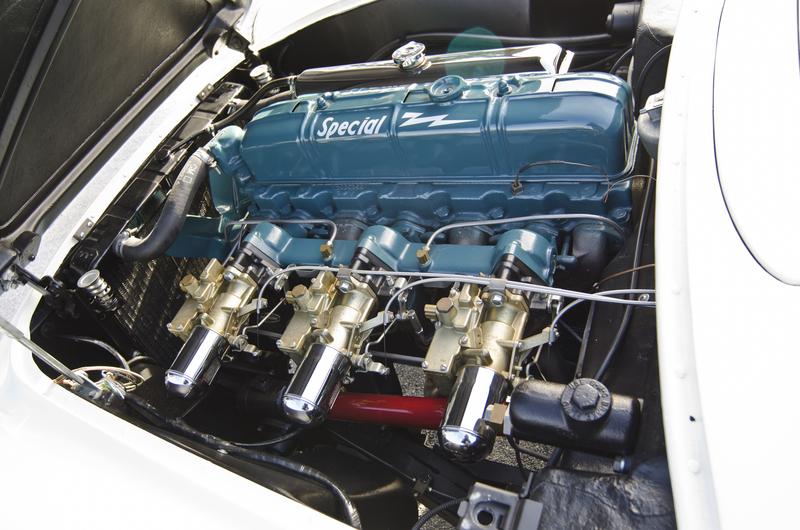 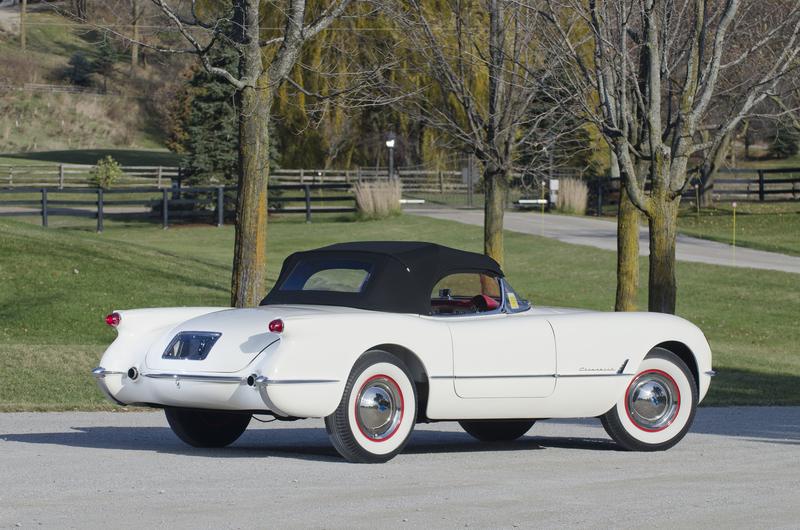 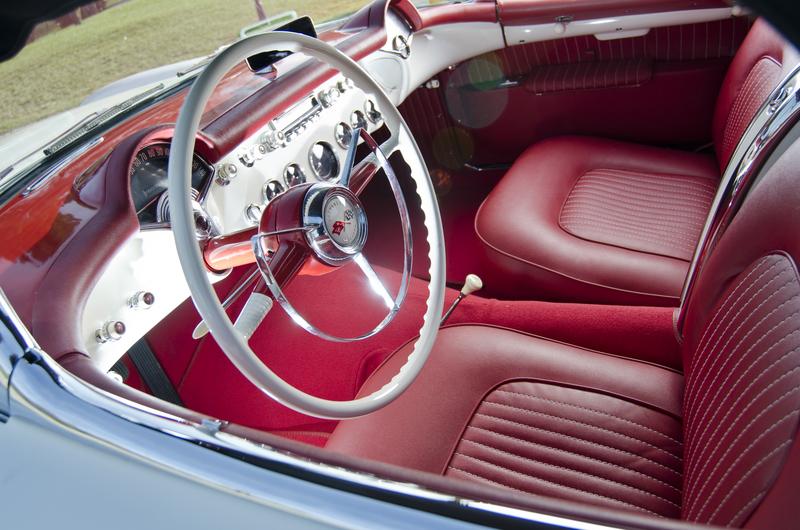