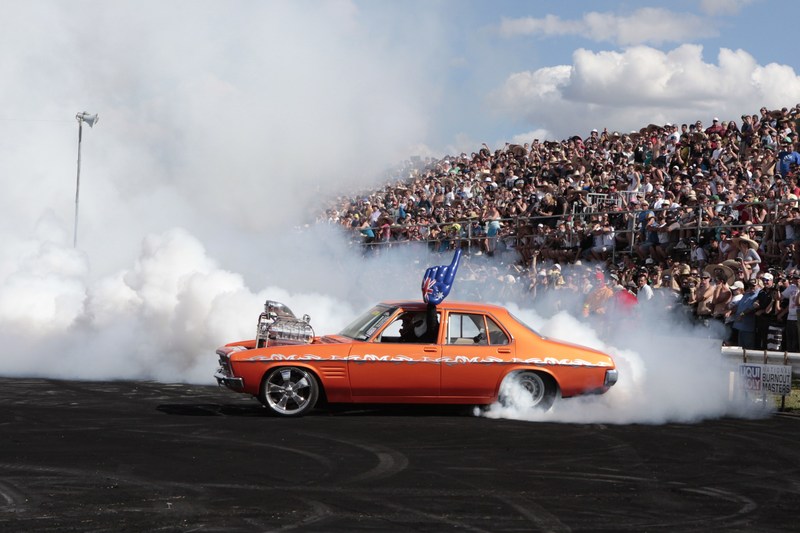 Promising four jam-packed days of unforgettable action, the Street Machine Summernats will be especially sweet this time around as it celebrates its 25 Chrome Jubilee
Australia's premier burnout event is on again, and there's just 100 days until it begins.

Promising four jam-packed days of unforgettable action, the Street Machine Summernats will be especially sweet this time around as it celebrates its 25 Chrome Jubilee.

Get ready for mean street machines, girls, and a whole lotta fun, as all the Summernats favourites return, including the world's premier burnout competition the National Burnout Masters, the beasts of Tuff Street, the Elite Top 60, Show 'n' Shine, Miss Summernats, and the awarding of the Grand Champion.

"It's great to officially start the countdown to Summernats 25," said Summernats co-owner Andy Lopez. "And with only 100 days to go, entrant numbers are tracking at 20 percent higher than this time last year. This means we'll have heaps more of Australia's best street machines on show - and that's what the Nats are all about."

The field for the National Burnout Masters is outstanding, and Summernats 24 champion Gary Myers is returning to defend his crown.

The infamous Horsepower Heroes was recently announced to be making a triumphant return to Canberra's Exhibition Park, after a three year absence and strong demand from the Summernats faithful. The return of old favourites also sees some new features at the Nats, including entrant cruising through the world famous burnout track, Muscle Car Sunday, where owners of factory muscle cars can display their loved ones, and an opening Thursday night drive-in, showing what else but the original Mad Max.

Lopez said "We're also pleased to welcome several new major sponsors to the event, and we'll be announcing them very soon. Summernats 25 is just the beginning of a bright new future for the Summernats."

2012 is the Summernats' last contracted year with Exhibition Park, and discussions are underway with the ACT Government about securing the long term future of the event in the Territory. On that subject, Lopez said "There's a way to go yet before we can make any firm decision on the future of the Summernats in the ACT, but it's fair to say that discussions between the Nats and the Government have been positive so far."

Summernats tickets are only on sale at www.summernats.com.au. All Summernats' entertainment and concert events are, as always, included in the ticket price.

Presented by Rare Spares, Summernats 25 will be held at Exhibition Park in Canberra from the 5th - 8th January 2012. For more information, visit the website at www.summernats.com.au.