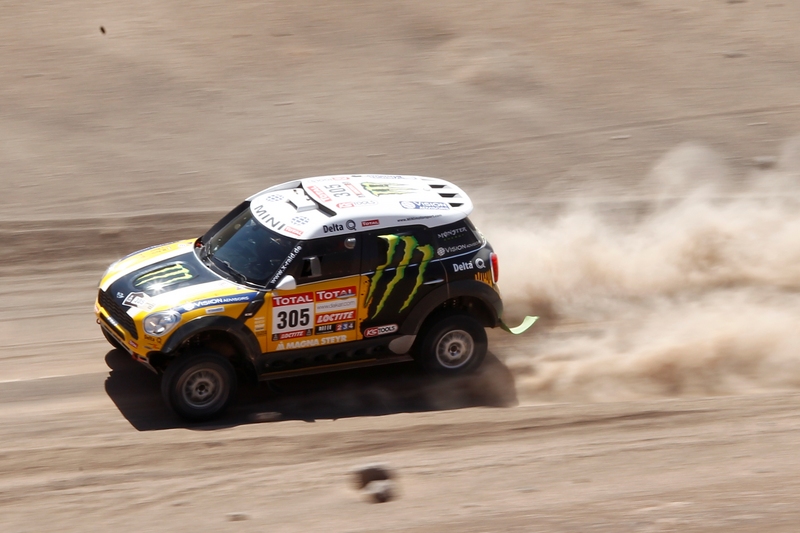 For the first time in its history, the Dakar is ready to set off from the Pacific coast in Lima, Peru. For its 35th edition, it will follow the north-south direction which was so typical of its former stomping grounds, but has not been used since it first came to South America in 2009.

Peru's geography means that the pilots and crews will come up against the dunes from the first days of the race. Chile will set the stage for the first duel in the desert and, after passing the Andes, Argentina will test the contenders' stamina with stages which are as gruelling as they are jaw-dropping.

San Miguel de Tucumán will give all the drivers an opportunity to catch their breath for the rest day, eight days into the race and host the start of the longest stage in the rally, just before a sandy trilogy with the dunes of Fiambalá and Copiapó on the menu. This should be enough to sort the men from the boys and shake up the classification before the heroes are celebrated in Santiago on January 20.

Only a minority of the pilots of the 459 vehicles on the start line (representing a new record of 53 different countries) have a realistic chance of getting their hands on the trophies awarded on the finish podium opposite the Palacio de la Moneda. But the list of favourites has got much longer in all the categories since last January.

Ahead of the rally, the car category has been declared too close to call. In the wake of last year's win with Stéphane Peterhansel and his MINI, the German-based X-Raid MINI team is fielding a star-studded lineup again, including Nani Roma and Krzysztof Hołowczyc, but rulebook amendments may have changed the state of play and now no-one knows if they still have an edge over the Toyota Hilux-based prototypes of Giniel De Villiers and Lucio Alvarez. These machines made their debut in 2012, finishing third and fifth respectively, so look promising for 2013.

After being disqualified in 2012, Robby Gordon is back - and angry! - in the big 2WD Hummer. A few stage wins showed the Hummer has the pace, but reliability will be the factor that decides whether the Californian greets the podium at the end of the rally.

The truly unknown quantities in the 2013 Dakar are the 'Demon Jefferies' buggies designed in the United States by and for Nasser Al Attiyah. The Qatari is banking on the surprise factor after he invited his friend and former rival at Volkswagen, Carlos Sainz, to join him and mount a two-pronged surprise attack. The Jefferies buggy comes from a company with experience building buggies for the Baja races in the USA and will be Chevrolet V8-powered. The 2-car team has backing from Qatar and Red Bull, so if they fail at Dakar, it won't be for budgetary reasons!

Among those making a comeback in 2013, Guerlain Chicherit and his SMG buggy are ready to step into the fray. Big names who underperformed last year are also back in the fight for the top places, including Guilherme Spinelli (Mitsubishi), Christian Lavieille (Dessoude) and Matthias Kahle (Proto Mercedes).

Aussie in the Car category include Bruce Garland (Isuzu), Geoff Olholm (Toyota) and Adrian DiLallo (Isuzu). Both Garland and Olholm are Dakar veterans, but DiLallo's 2013 campaign will be his first crack at the iconic rally. 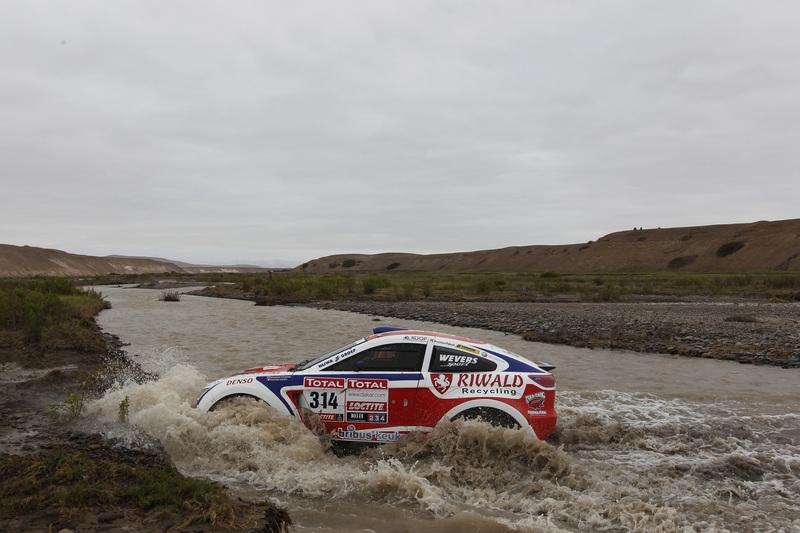 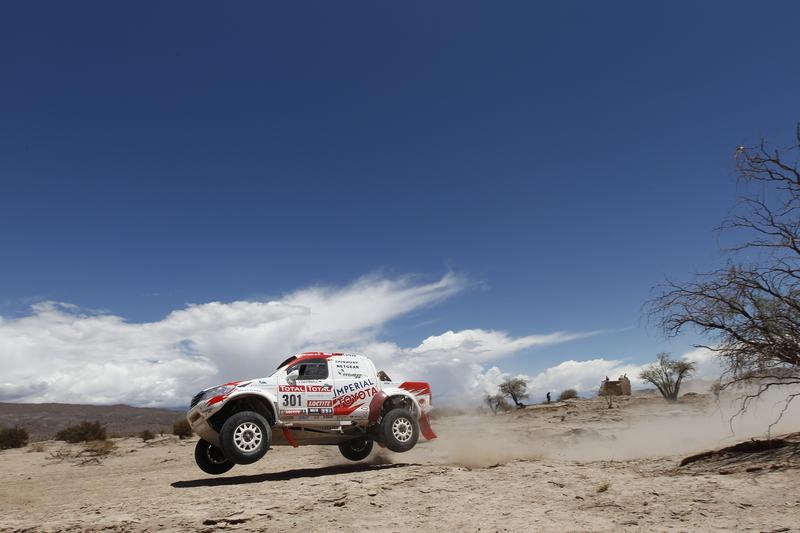 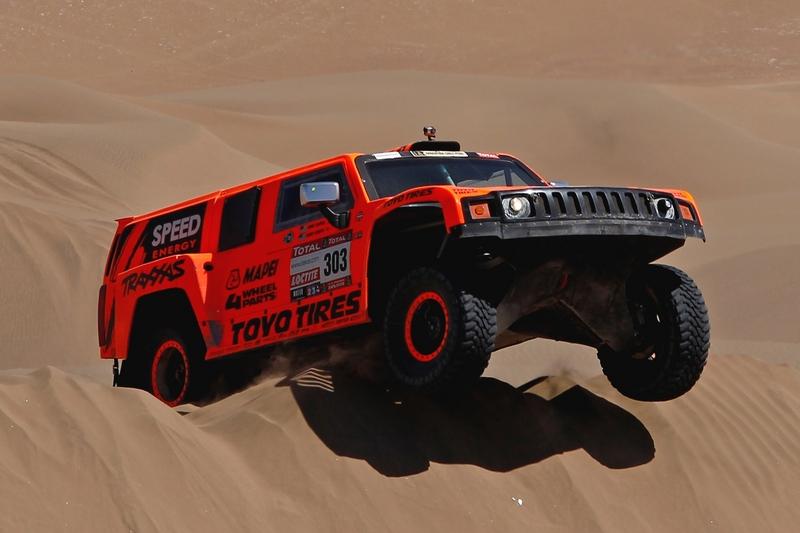