Both Grand Spaulding and Nickey flourished in the golden era of US musclecars in the late 1960s, joining the likes of Yenko, Baldwin-Motion, Fred Gibb and others in offering the sort of super high performance musclecars that the Detroit factories weren't
If you know your musclecar history, names like 'Grand Spaulding Dodge' and 'Nickey Chevrolet' will be familiar. At RM Auctions' January sale in Phoenix, Arizona, an example from each of these iconic tuners was up for grabs. Representing Grand Spaulding on the Mopar side of the fence was a 1971 Dodge Challenger R/T, while a 1967 Camaro SS tuned by Nickey Chevrolet flew the flag for the bowtie brigade.

Both Grand Spaulding and Nickey flourished in the golden era of US musclecars in the late 1960s, joining the likes of Yenko, Baldwin-Motion, Fred Gibb and others in offering the sort of super high performance musclecars that the Detroit factories weren't. Most of these dealership-based performance and tuning houses operated in the north-eastern US states, and in the case of Grand Spaulding Dodge and Nickey Chevrolet, both were located in Chicago.

Grand Spaulding took their name from their location on the corner of Chicago's West Grand Avenue and North Spaulding Avenue. Their origins can be traced back to 1948, when Norm Kraus had the idea of selling a few second-hand cars out the front of his father's service station. The 'Mr. Norm' tag often seen in conjunction with Grand Spaulding Motors was one of those throwaway labels, originally used in describing a Chevy for sale at the Kraus's service station, but it stuck.

By the late 1950s, Norm Kraus and his brother Lenny were building a reputation for offering hotted-up cars from all the major US manufacturers. At this stage, the business didn't have an official dealership affiliation, but this changed in 1962, when the Kraus brothers agreed to take on a Dodge franchise. That started the 'Grand Spaulding Dodge' era, which by 1974 was reportedly the top-selling Dodge dealership in the world. Grand Spaulding also had a hand in the van conversion craze of the early 70s, and a big fleet sales operation, which included supplying many of the cars used in 'The Blues Brothers'.

The '71 Challenger R/T auctioned at the RM Phoenix sale was one of the last of the breed produced by Grand Spaulding, and featured a 426ci Hemi V8, dual 4 barrel carbys, an A-833 4-speed manual trans, 'Super Track Pack' rear end, and front disc brakes. Rare enough in factory spec (only 71 Hemi-powered Challenger R/Ts were built in 1971), what made this one rarer was the 'Stage III' dyno-tuning package fitted by Mr. Norm's Grand Spaulding Dodge. In addition, extractors, aluminium wheels and a lightweight fibreglass bonnet were also fitted by the dealership.

Remarkably, after accumulating a little over 5,000 miles (some of it believed to be on the dragstrip), the car was put into storage for the next 35 years. Due to the care lavished on it, the Challenger only needed cleaning and new tyres, wheels and R/T stripes after it resurfaced in 2006. Given its time-warp status, the car was expected to sell well. At the fall of the hammer, the special Challenger sold for US$308,000, which included original Grand Spaulding Dodge dealership documentation.

The other high performance special of interest from the RM Auctions Phoenix sale was a 1967 Chevrolet Camaro SS modified by Nickey Chevrolet. Like Grand Spaulding, Nickey had similar humble beginnings, tracing its origins back to the 1930s, when brothers Edward and John Stephani purchased a Chevrolet dealership owned by a 'Mr. Nickey'. The Stephanis chose to keep that name, rather than apply their own. In the late 1950s, the dealership was successful enough to allow the brothers to go into racing, buying and running a Corvette in SCCA (Sports Car Club of America) circuit competition. Costs saw Nickey withdraw from racing by the start of the 1960s, but they returned in 1963 as a sponsor rather than an owner.

Away from the racetrack, recognition of Nickey Chevrolet was boosted by the signing of Bonanza actor, Dan "Hoss" Blocker, as a spokesman for the dealership in 1965. Chevrolet was already a sponsor of the top-rating Western TV show, and Nickey had built a race car for Blocker, so the tie-in was a natural fit. In the same year, Nickey set up a dedicated 'Hi-Performance Department'. This was something of a gamble, as the market for dealer-prepared high performance road cars was still in its infancy back then. However, the initial experiment proved a success, and Nickey Chevrolet soon had several staff devoted solely to upgrading newly-purchased cars with more powerful engines and a host of other performance goodies.

In the case of the car auctioned at Phoenix, those goodies included a balanced & blueprinted 468ci V8 putting out over 450 horses, high-performance intake and exhaust manifolds, dual 4-barrel carbs, a Muncie 4-speed manual gearbox with heavy-duty bell housing and competition-spec clutch & flywheel. Heavy duty parts were used for the gearing and suspension, with the rear wheels shod with M&H "cheater slick" tyres.

Most Nickey-tuned Camaros were fitted with 427ci V8s, so the 468 big block in this car made it extra special and significantly rarer - advertised in the auction literature as the "last engine built" by Nickey Chevrolet and verified by the dealership's former parts manager, Don Swiatek. Other features on this fully-restored car include open extractors, taller front springs (to aid acceleration), Cragar wheels, and tachometer, oil pressure and water temp gauges, all in separate pods clustered around the steering column.

Other lots in the muscle arena from this auction included a genuine 1965 Shelby GT350, which sold for US$198,000, and a 1968 Shelby GT500KR convertible, which sold for US$176,000. Corvette fans had some immaculate early examples to choose from, including the fifth production Corvette built in the Chevy sportscar's debut year of 1953. This very early example was subjected to a painstaking five-year restoration that was completed in time for the Corvette 50th Anniversary celebrations in 2003. This immaculate early 'Vette sold for US$445,000. An early production 1955 Corvette sold for US$176,000, while a 1954 Corvette equipped with a rare, factory option "bubbletop" roof went for the same price.

Rare Ferraris, along with early Porsches, fetched the big dollars at the RM Auctions Phoenix sale, but overall, American muscle still fared well, with a genuine 1966 Shelby Cobra topping all the "muscle" lots by fetching US$880,000. With 89 percent of lots sold for a total of US$25.5 million (incl. buyer's premium), the RM Auctions annual January event was declared a success, For more details on these and other lots from RM Auctions' 2012 Phoenix sale, go to www.rmauctions.com 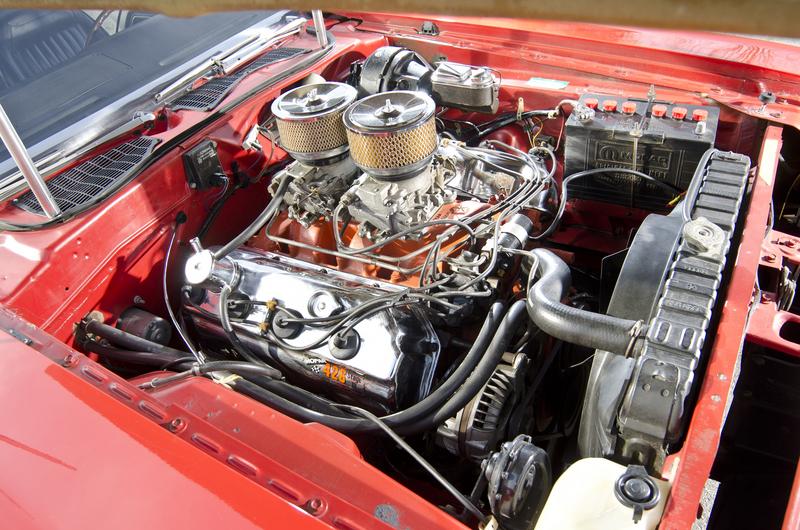 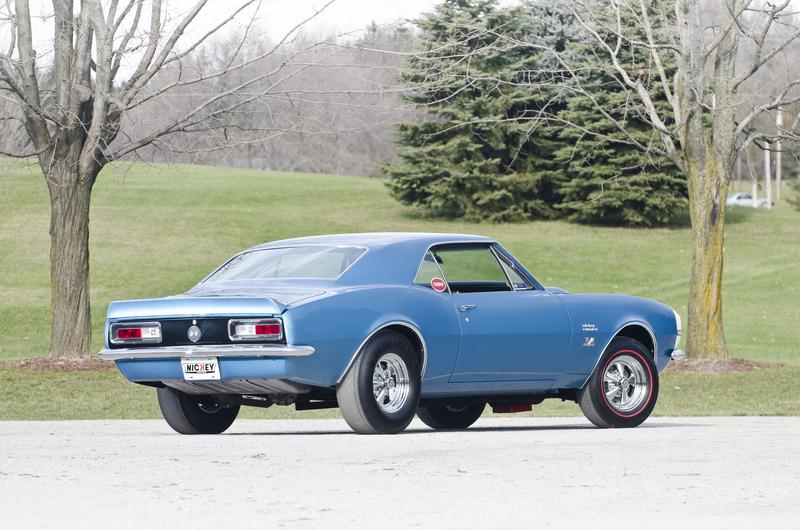 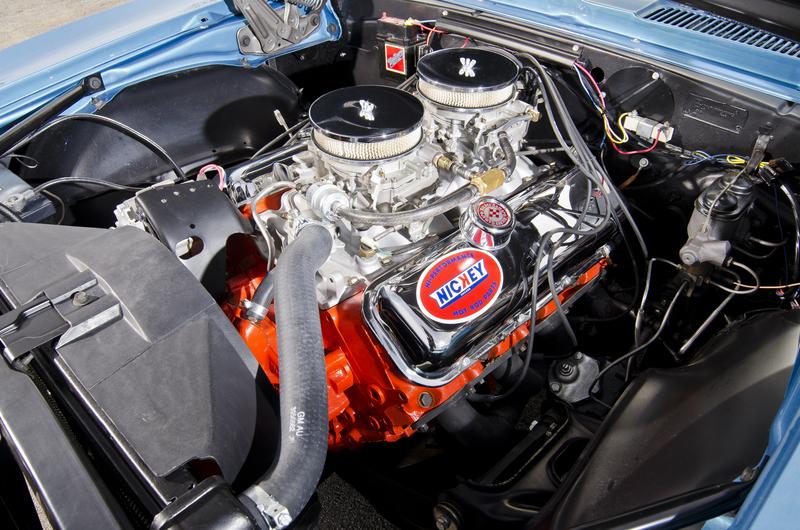 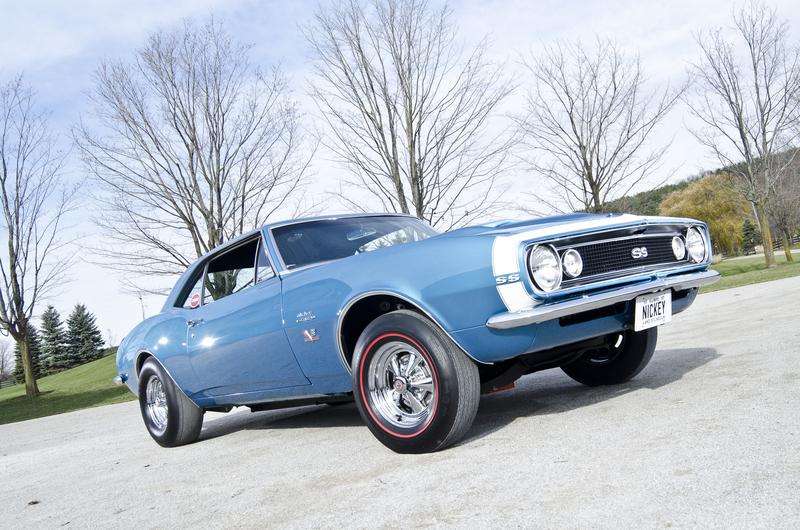 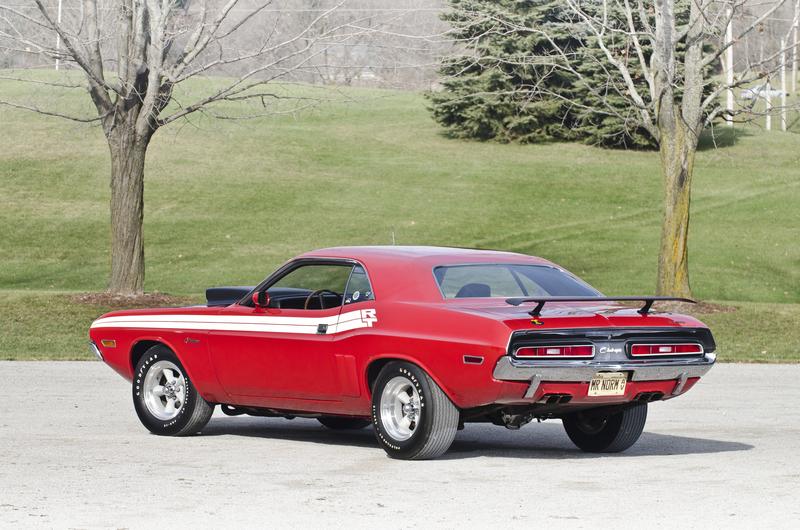